Despite being remarkably cheap for what will turn out to be an unusually well-specified 32in TV, LG’s 32LH7000 doesn’t actually make the best first impression.


For starters, a big sticky sign plastered down one side of the TV when you first take it out of its box proudly proclaims, in large lettering, that the TV is ‘Perfect Slim 39.7mm’. Ooh, that’s pretty cool, I thought.


Only then in little letters underneath did I notice an apologetic explanation that the Perfect Slim design only applies to the 42in LH7000 set. The 32LH7000 is actually nearly twice as deep as 39.7mm. Er, oh.


Putting this disappointment behind me, I swiftly clocked another one. For while the 32LH7000’s design is a typically (for LG) high-concept and stylish affair, it’s also pretty huge by today’s 32in standards. The bezel extends further around all of its sides than most TVs, a design choice that’s taken to an extreme with the bottom edge, which lifts the screen a good five to six inches up from the glossy desktop stand. 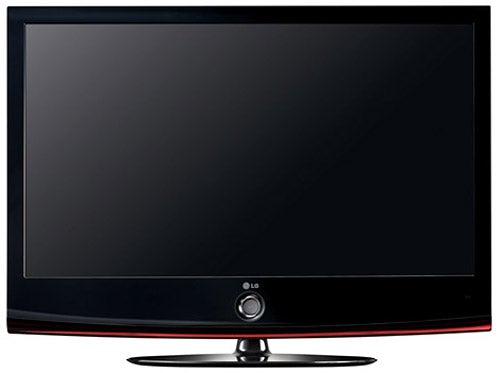 It’s important to stress that this chunky approach isn’t some kind of clumsy accident on LG’s part. The sheer, minimalist finish to the 32LH7000’s bezel, the dramatically large and illuminated power light ‘circle’ under the screen, plus a bottom edge which is curved, transparent and infused with a sort of orangey hue all show that the TV’s aesthetic is totally deliberate.


But while similar chassis-heavy designs on larger-screened LG TVs have worked quite well, it all looks too cumbersome for my tastes when wrapped around a mere 32in screen.


The final bad first impression comes, alarmingly, from the 32LH7000’s pictures. For using the out-of-the-box Vivid picture preset LG has chosen as its preferred shipping option, images look depressingly bad. Here’s hoping I’ll be able to rescue them later when I get round to calibrating the TV properly.


Thankfully, from here on in things start to look up. For starters, the 32LH7000’s connectivity is really quite excellent for such an affordable model. Four HDMIs catch the eye first, as does a USB port tucked directly above them. This USB is unusually talented, too, in that as well as MP3 and JPEG files it can play DivX video – including DivX HD. In other words, it’s an Internet geek’s dream come true.


More geek love is likely to be inspired by another connection you can’t actually see: Bluetooth. This lets you a) wirelessly deliver pictures and music files from a Bluetooth phone to the TV, or b) listen to the TV’s audio via Bluetooth headphones.


One final noteworthy jack is an RS-232C port, which allows the TV to be controlled by a remote AV network.

Hitting the 32LH7000’s onscreen menus in a bid to sort the picture quality out reveals the now familiar LG onscreen menu system, with its attractive combination of large icons and clear text.


The menus are also impressively stocked with tweaks and options – so much so, in fact, that the Imaging Science Foundation has endorsed the TV, leading to two ISF setting modes among the TV’s presets. If you feel so inclined – which you probably won’t with a 32in TV, to be honest – you can thus pay an ISF engineer to come out and professionally calibrate the TV to suit your specific living room environment.


Among the most interesting of the tweaks contained within the menus are separate backlight and brightness adjustments, a multi-level dynamic contrast system, a dynamic colour booster, a multi-level noise reduction system, a multi-level gamma adjustment, a wide colour gamut setting, and potentially most significantly of all, a 100Hz system.


Given that 100Hz systems can sometimes generate processing side effects, it’s nice to find that LG has provided low or high settings for its 100Hz feature – as well as the option to turn it off completely if you’re really not happy with the way it works with any particular source. 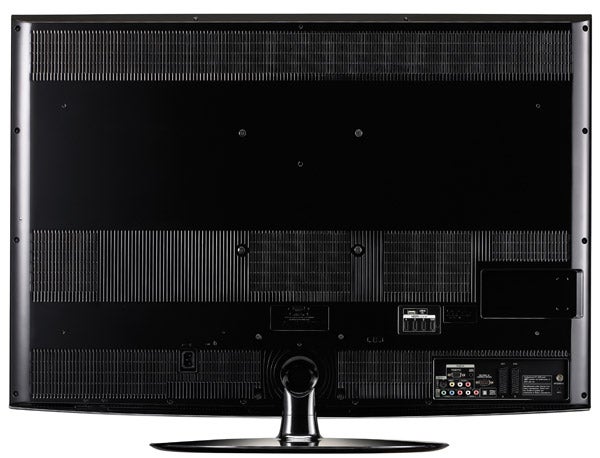 Naturally I chose to calibrate the 32LH7000 using my own set of test signals and discs. But it’s well worth adding here that LG has thoughtfully equipped the TV with a Picture Wizard tool, which allows even the most technophobic of users to improve the set’s image quality by following a few simple built-in test signals and attendant explanations.


And so to the big question: did I manage to turn the sow’s ear that is the 32LH7000’s Vivid factory picture preset into the imaging equivalent of a silk purse?


Kind of. But man, was it hard work. And man, was I frustrated when my presumably slightly faulty review sample inexplicably kept automatically switching back to the horrible Vivid preset every few minutes…


Anyway, the main things I had to do in putting pictures on the right track were to choose a different, more pleasant picture preset starting point – I eventually settled on the ‘Natural’ mode – and then sharply reduced the set’s backlight, contrast, brightness and sharpness settings, while also gently toning down the colour saturation levels.

Once you’ve finished your calibration work, you’re suddenly freed up to appreciate the set’s very likeable colour tones. These remain extremely vibrant even with the worst excesses of the Vivid mode reined in, but also look extremely natural 90 to 95 per cent of the time.


The post-calibration 32LH7000 also gets the chance to show off how well the 100Hz system reduces judder in the image, even when only set to ‘Low’. A combination of high brightness output and respectable if not exactly jaw-dropping black levels enable images to look winningly dynamic too, even during the sort of predominantly dark scenes that tend to cause LCD screens such a headache.


Initially I didn’t feel as if the 32LH7000 delivered HD sources with quite as much ‘snap’ as I would have ideally liked. But on reflection there’s something engagingly natural about the set’s mid-sharp approach to HD’s extra detail and clarity – especially as the 100Hz system sees to it that HD scenes seldom succumb at all to LCD’s motion blur and judder problems. 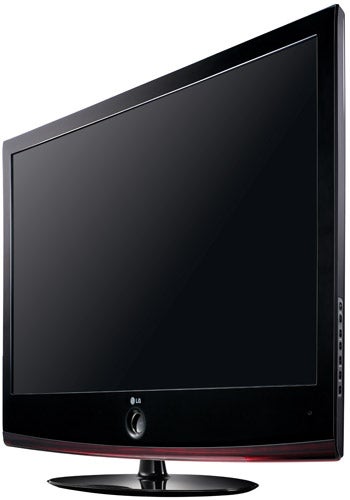 Despite its low price, exceptional feature count and occasionally outstanding pictures, though, I don’t feel that I can quite stretch to giving the 32LH7000 a TrustedReviews award.


One reason for this is that the 100Hz system isn’t quite as ‘transparent’ as I’d like it to be. In other words, even using its ‘Low’ setting, the extra fluidity and clarity delivered with motion is accompanied by some noticeable processing artefacts, such as twitching edges during fast camera pans, and a slightly stuttery approach to some action-packed shots.


The 32LH7000’s rescaling of standard definition material isn’t quite as clever as we’ve seen from a few rival brands, either, as colour tones lose a little accuracy with really low-quality sources, and a touch of motion blur sneaks into proceedings.


The 32LH7000’s audio, meanwhile, is a bit hit and miss. On the upside, the speakers can go loud, and are great at bringing out subtle details in a good film or drama mix. However, the set also pushes the treble end of the audio spectrum too aggressively, leaving loud scenes sometimes sounding harsh, and many voices – male and female – sounding slightly sibilant.


Although it’s not quite worthy of a whole-hearted TrustedReviews recommendation, the 32LH7000’s healthy spec sheet and aggressive price certainly make it impossible to ignore.