LG, it’s fair to say, is getting sick and tired of being perceived as Korea’s ‘second’ AV brand after Samsung. There was a time not so long ago where the two brands’ public perceptions seemed more or less equal, but recently Samsung has surged away in terms of both image and cold, hard sales.


So this year LG claims it’s determined to claw its way back towards parity with its neighbour thanks to a new range of TVs that look set to deliver a truly killer combination of feature choice, opulent looks, high performance standards and strikingly affordable prices.


We’ve already seen LG get off to a fine start in realising this dream with the impressive 50PG6000 50in plasma TV. But now it’s time to see how the ambition holds up with a shift to LCD technology and a step down one rung of LG’s TV range ladder, in the shape of the 32in 32LG5000. 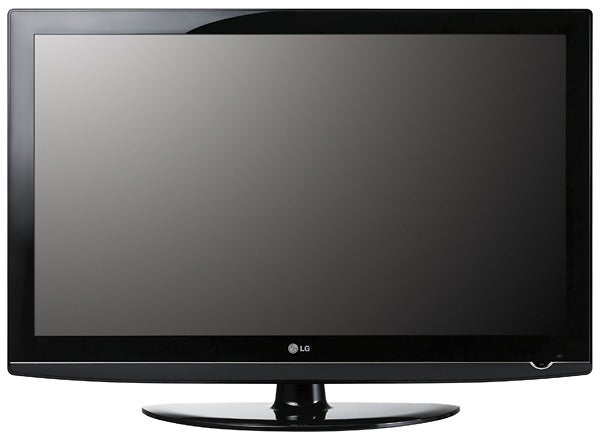 First impressions are very promising. For despite residing in the lower reaches of LG’s latest TV range, it still looks a million dollars in its high gloss black finish, offset by a little silver trim and tastefully accented power light.


We’re probably bound to say given how we opened this review that the 32LG5000’s looks aren’t quite as profoundly attractive as those of Samsung’s new rose-tinted A656 range. But they’re still a definite embellishment to any room they appear in. Plus, of course, with the 32LG5000 only costing under £550, these luscious looks can be yours for substantially less cash than you’ll need for the A656 range.


It’s also a pleasant surprise given the lowness of the 32LG5000’s price to discover that it sports three HDMI inputs all built to the latest v1.3 specification. This means they’re can all receive Deep Color from any sources that can deliver the picture-boosting format.


Full 1080p/24fps support is also on the cards from these HDMIs, hopefully without the rank juddering that’s accompanied 24fps playback on some of LG’s previous LCD sets.


Elsewhere among a thoroughly decent set of connections you’ll find a component video input for standard Xbox 360 connection, a D-Sub PC port, and a digital audio output for passing on multi-channel digital audio feeds to an external AV receiver for decoding.

As you’d probably expect of such an affordable 32in LCD TV, the 32LG5000’s native resolution is ‘only’ an HD Ready 1,366 x 768 rather than a full HD 1,920 x 1,080. But this shouldn’t be a massive problem on a screen as small as 32in provided the TV’s processing is good enough to downscale 1080-line HD sources to the LG’s lower resolution without introducing too much video noise.


The processing responsible for this is the latest version of LG’s proprietary XD Engine system, designed, like so many rival systems, to improve everything from colour and contrast to fine detailing and motion handling.


Although XD Engine hasn’t exactly wowed us to date in the same way the very best image processors – like Philips’ Perfect Pixel Engine – have wowed us, it’s consistently been solid, so we certainly feel comfortable hoping for the best from it today.

The big two Korean brands have a real knack for playing the TV ‘numbers game’ to perfection – a knack that can be seen on the 32LG5000 in the form of a remarkable, quite possibly outlandish contrast ratio claim of 50,000:1.


Obviously this figure is only achievable with the help of a dynamic backlight system, meaning that you have to trade some brightness during dark scenes in return for – hopefully – superior black levels. But provided the adjustments in brightness as the backlight shifts through its gears aren’t too obvious, there’s no reason why a dynamic contrast system can’t play a part in producing a very likeable picture overall.


Other notable strings to the 32LG5000’s bow include a digital tuner with all the usual accoutrements, a dedicated Game mode which tweaks the TV’s processing to reduce its response time, noise reduction techniques, and finally a new light sensing system that can reduce the picture’s brightness if the TV detects low ambient light levels in your room.


How good the 32LG5000’s pictures are is directly connected to how much movement there is in what you’re watching. With something relatively static, like a chat show or studio news broadcast, the set’s image quality can be very likeable indeed. Detail levels, for instance, are impressive with HD and standard definition alike, pointing to some solid progress in the rescaling part of LG’s XD Engine system.


Colours are enjoyably intense during a play of Rainbow Six Vegas 2 on the Xbox 360 too, yet tones are also pleasingly natural when watching more ‘naturalistic’ video footage, such as a standard def ITV drama.

More good news finds a solid lid being kept on most forms of video noise, even when watching standard definition from the built-in digital tuner. This again suggests that whatever LG has done to its XD Engine has been more than worthwhile.


Returning to our ”Rainbow Six Vegas 2” session, though, as soon as you start panning the camera and moving around, the picture starts to smear quite noticeably, leaving a slight colour trail behind richly hued edges as they move by, and generally making the picture look slightly indistinct.


This same problem is very evident while watching standard definition TV material where there’s lots of movement too, such as ”Match of the Day” on the (non-HD) beeb. It’s even visible with HD video viewing, albeit in a much reduced form. 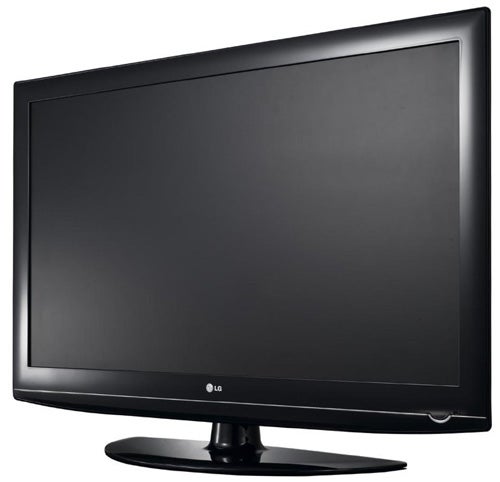 Another lesser problem with the LG’s pictures finds black levels that are deep enough to give decent punch to any normal TV fare, but do suffer a degree of cloudiness when watching a more contrast-rich film source, such as ”Braveheart” recorded from Sky HD. Hmm. Not sure I’m totally believing that 50,000:1 contrast ratio claim, then!


Finally in the negative column, pictures don’t appear especially bright by LCD standards, at least if you’ve got the image settings optimised for black level response.


Pumping an aggressive film soundtrack through the 32LG5000’s speakers meanwhile, such as the opening 20 minutes of ”Saving Private Ryan”, actually finds the little chap punching above its weight in terms of soundstage width, dynamic range and simple raw volume. This is a really good audio effort for such an affordable TV – especially one which makes ‘invisible speakers’ a key part of its design.


While LG’s 32LG5000 offers far more design and feature appeal than you’ve any right to expect for under £600, you do have to accept a little compromise on the picture quality front.