Mono laser printers are still the stalwarts of business and enterprise and in these, shared, workgroup environments there are three key requirements: high speed, low Total Cost of Ownership (TCO) and good expandability. The economically-named E650dn claims to do well in all three areas.


As you might expect for a workgroup laser printer, the T650dn is a large machine. It’s made larger by its duplexer, which rather than being an internal device, sticks out the back, a bit like a coal bunker on the back of a council tenement. It adds an extra 150mm to the depth of the machine and, as the printer itself sits on top of it, raises it by 55mm, too. 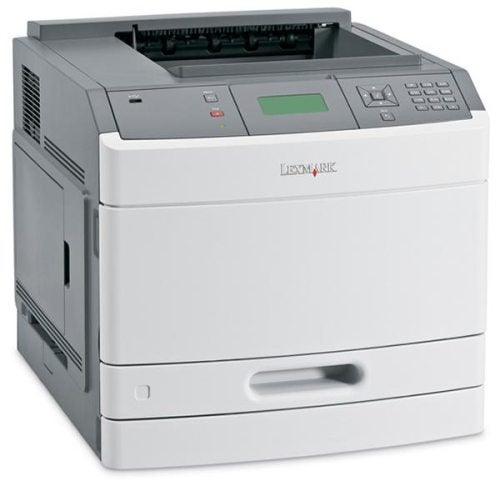 The front panel includes a backlit LCD display, buttons to navigate its menus and a number pad that can be used in collaboration with the printer’s internal memory to hold jobs and release them only when an operator enters a pin or password at the printer. There’s also a front panel USB socket for secure, walk-up printing. These two facilities are becoming increasingly important in many businesses and it’s good to see them both here.


The default paper tray built into the printer takes just 350 sheets of paper. Given the T650dn has a duty cycle of a whopping 200,000 and a typical monthly usage of between 5,000 and 20,000 pages, a default paper capacity this low is a mistake. If we were cynical, we’d think the trend to smaller capacity paper trays is purely a ploy to encourage the purchase of optional extras.


There are plenty of these for the Lexmark machine, with 550-sheet trays, 1,000-sheet bins, stackers, envelope-feeders, staplers and other goodies, so you can convert the printer into a complete document producer. 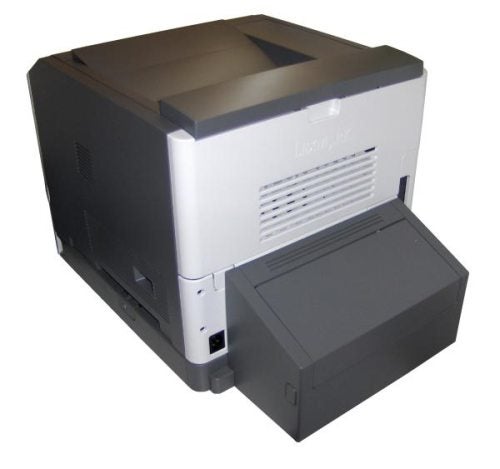 At the back of the printer are sockets for USB and Ethernet, both of which are standard, and other interfaces, such as wireless networking and parallel, are available as optional extras.


The printer comes with a drum and toner cartridge preinstalled, but you have to remove it to take off spacing and packing pieces before it’ll run. Folding down the 150-sheet multipurpose tray and folding up the control panel provides easy access to the cartridge.


Drivers are available for Windows, Mac, Linux, UNIX, Citrix, Novell and various other operating systems and as standard it can handle PCL 6 and Postscript Level 3 documents in emulation.

Lexmark claims a top speed of 43ppm for the T650dn and on a 20-sheet document we achieved 34ppm, closer than we often get with our real-world tests. We saw this on both a text document of 20 different pages and on a job producing 20 copies of a single text and graphics page.


Although, as we’ve said, a duplexer is a slightly cumbersome accessory for this printer, it has the advantage of not slowing down two-sided print jobs by as much as machines which handle duplexing internally. A 10-page, 20-side text document took 44 seconds to print, giving a speed of 27.3ppm, a pretty good result which should mean a lot of departments can make paper savings – and help the environment – by making duplex print a default. 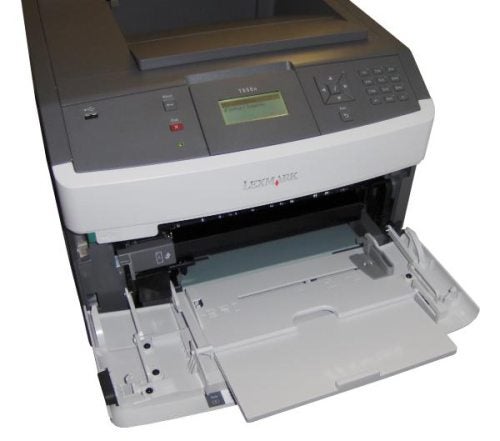 The printer has a standard resolution of 1,200dpi and this shows in the quality of text print which is sharp and dense, giving a very professional appearance. Greyscale graphics, common in business documents, are reasonably well reproduced, though there’s some banding apparent in areas of grey. Black text over greyscale fill looks reasonable, though, and for many internal & external documents, will be more than adequate.


Our photo test print at the enhanced, pseudo-2400dpi top resolution of the machine still showed some banding in smooth areas of fill and lost quite a bit of detail in areas of shadow. Photo reproduction isn’t any mono laser’s strong suit, but print here is no better than average.


There are two capacities of toner cartridge available for the T650dn: 7,000 pages and 25,000 pages and it’s far more economic to buy the larger capacity cartridge. Lexmark’s Return Programme cartridges are slightly cheaper than the standard ones, as long as you undertake to return the cartridges to the company. We’ve used the high yield version of this cartridge in our page cost calculations.


Working through the arithmetic gives a cost per page of 1.88p. This is a good cost, though we’ve seen slightly lower with, for example, Dell’s 2335dn returning 1.70p.


Lexmark’s T650dn does pretty well on all three of the key criteria and really excels at expandability. Unfortunately, you’ll probably need to take advantage of that quite soon after purchase, as the 350-sheet main paper tray is inadequate for a machine in this category. It’s print features are flexible, though, and we like the print hold and walk-up printing features, which gives the machine both versatility and security for medium or large workgroup use.