The price of colour laser printers has continued to fall over the last few years, until you can now pick up a machine suited to SOHO (Small Office/Home Office) use for under £200. Lexmark describes its C500n as having ‘great mono performance with the added benefit of colour and network’, which implies that colour printing is a secondary activity.


Although this is an A4 printer, it has a large desktop footprint and sits high off the desk, due to the vertical design of its print engine. Paper feeds from an under-specified, 250-sheet tray at the bottom of the machine, up to its top surface. Although a 530-sheet second tray is available as an option, it seems odd to sell a business printer which can only take half a ream of paper at a time.


The printer’s two-line LCD display has no backlight, but because it’s nearly horizontal in the top panel, it’s not too hard to read. Some of its status messages could be more intelligible, though. When we forgot to load the paper tray, the display showed the terse message: ‘Tray1:No’ – ‘Set Tray1’. 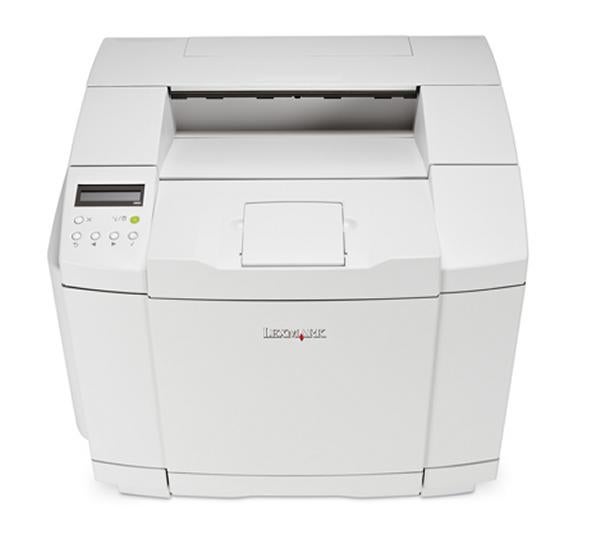 This gives no suggestion that the problem with Tray1 has anything to do with paper. We still don’t know what the message ‘( 1P)’ means, either. It appears whenever you print, but the User Guide doesn’t mention it. It’s a shame nobody checked the user friendliness of the status messages, as the set of five control panel buttons navigate the printer’s menu in a conventional and easy-to-use way.


The C500n’s four toner cartridges are arranged vertically, one above the other, behind its front panel. Each cartridge slides into place, once you’ve removed its sealing strip, and all four are keyed, so they will only fit in their appropriate slots. A waste toner bottle fits in to the right of the cartridges. The third type of consumable is the photodeveloper belt, which takes the page image as it builds; this slots in through a hatch in the top.


The software suite is pretty perfunctory, with just a print driver. This isn’t as option-rich as some others, either: it includes watermarks, but no overlays, multipage print, but only up to four per sheet and no instructions for manual duplexing.

Unusually, the colour print speed we measured was close to that claimed by Lexmark. Our five-page colour text and graphics test took 50 seconds to complete, giving a print speed of 6ppm, against a claimed speed of 8ppm. The black text speed was not as close to the manufacturer’s claim, though. Lexmark reckons the printer will do up to 31ppm, while we could only get 13ppm out of it, not quite half the rated speed.


Our test photo print completed in 25 seconds, which is a reasonable time, but the quality of the print isn’t all we could have wanted. While there’s little appreciable banding to the image and a fair level of shadow detail, the main colours are far too rich, lacking the subtlety of some other colour lasers, even budget ones. 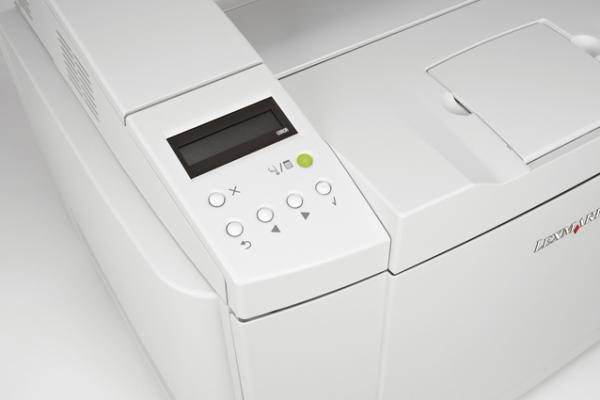 Most people will use colour from a laser printer for printing business graphics, however, and here the colours are strong and well-differentiated. They’re not always accurate to the on-screen image, though, and some tints on our test pages reproduced too dark, making overlaid black print hard to read. Black print on white is clean and sharp and easily good enough for external presentation as well as in-house documentation.


The noise level of the machine is slightly higher than Lexmark quotes – we measured peaks of 61dBA, against a rating of 53dBA. The printer is quite noticeable when printing, with a lot of clicks and thumps as the various toner cartridges are pulled in to compose the colour image.


As well as the toner cartridges, photoconductor belt and waste toner bottle, there is a fuser unit that requires a replacement every 120,000 black pages or every 30,000 colour ones. The printer has a duty cycle of 1,000 pages per month, so printing black the fuser should last 10 years. If you mainly print colour, though, that life drops to around 2.5 years. We therefore included the cost of the fuser in the colour print calculation, but not in the black print one. 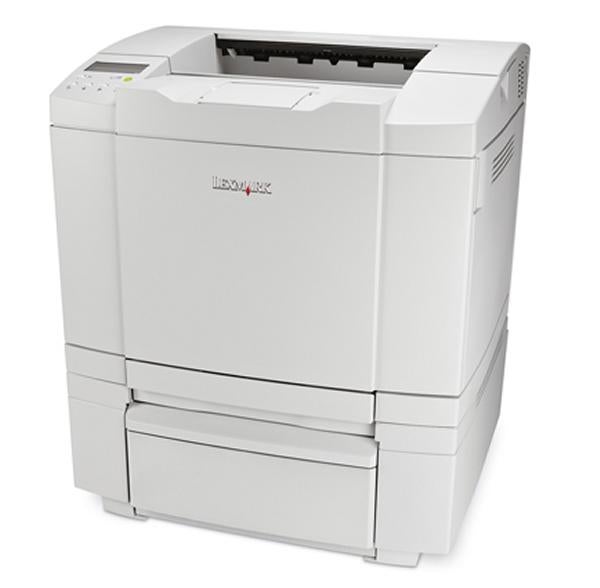 Working through the figures gives a 5% black text page cost of 2.78p and a 20% colour page cost of 9.74p. The black print cost compares well with other colour lasers in the £150 to £200 price range, though you can do better on the colour page cost, with machines like Canon’s LBP-5000 coming in almost a penny per sheet cheaper.


This is a reasonable entry-level colour laser printer, which handles most business documents well. Lexmark describes it as a monochrome laser which can also print colour and this is a fair way of selling it. Colour print is slower and quite a bit more expensive. It’s worth noting, though, that the Tally Genicom 8108N is basically the same printer and is currently priced at £113 – quite a saving.