Lenovo’s Yoga concept is one of the most imitated in tech, but it’s rarely copied well. The Lenovo Yoga Pro 3 is its latest update and I wager the imitators will find it even tougher to copy the idea now.

As with the Yoga Pro 2, the Yoga Pro 3 has a 13-inch screen and a hinge that rotates 360 degrees. This gives it the unique flexibility that makes the Yoga series one of the few to truly master the hybrid idea. In the Yoga Pro 3, however, Lenovo seems to have fine-tuned the concept to the nth degree. 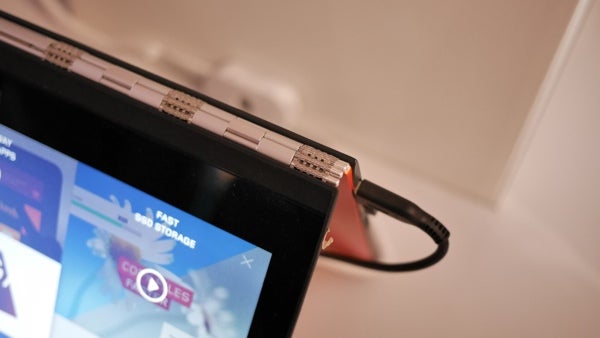 The key is a radical new hinge that Lenovo refers to as the ‘watchband’ hinge. You understand why when you see it as the hinge is made of lots of metal elements (more than 800 pieces of steel and aluminium) that link together to form bands that look very much like a strap from a watch. 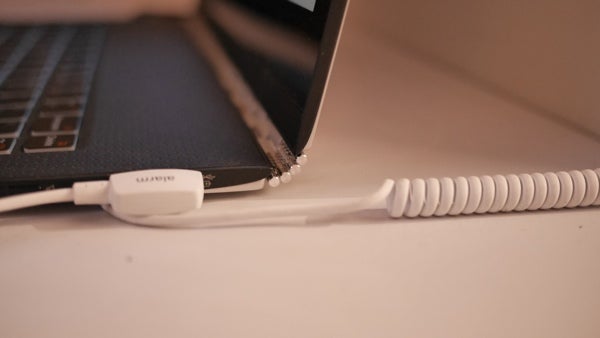 Vitally, the new hinge feels solid, smooth and reliable. It isn’t, I have to say, the most attractive addition, but the fact it keeps the Yoga Pro 3 this thin and light makes that easy to forgive.

Another impressive feat is how the build quality doesn’t seem to suffer for making the Yoga Pro 3 so thin and light. The Yoga Pro 3 has a solidity that’s very reassuring and the keyboard, which is backlit, has a nice, robust feel to it. 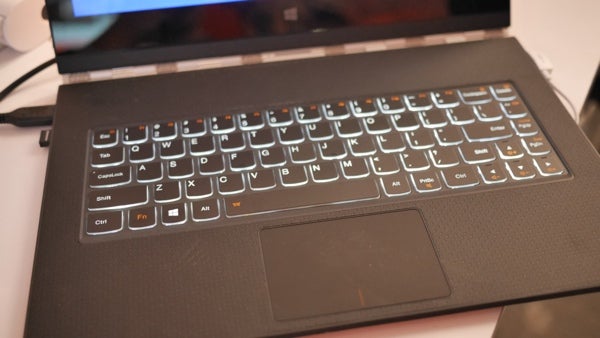 Unsurprisingly, the Yoga Pro 3 uses one of Intel’s new Core M processors to help achieve all this. They’re cooler and more efficient, which allows for the extraordinary thinness. Other core specs are good, too. There’s 8GB RAM as standard, support for up to 512GB SSDs and you get the latest, fastest version of Wi-Fi, 802.11ac. This is a top spec laptop in every sense of the word.

That includes the screen. The Lenovo Yoga Pro 3 ships with a stunning 3,200 x 1,800 resolution screen that’s protected by Gorilla Glass. I only had a short time with the Yoga Pro 3, but it’s hard to imagine anyone having complaints with this screen. 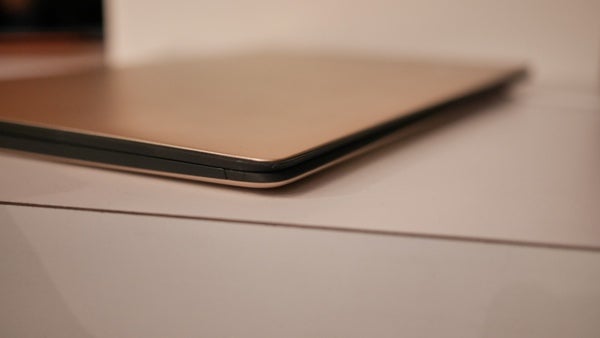 The one area I have doubts over is battery life. Lenovo claims up to nine hours of battery life thanks to a 44Whr Li-Polymer battery, but the basis for this claim is quite vague. Lenovo states it used the industry standard MobileMark 2012 benchmark with the display at 150nits, but MobileMark isn’t an especially demanding benchmark. I don’t doubt it can reach nine hours, but it says ‘up to’ for a reason.

That caveat aside, the Lenovo Yoga Pro 3 looks like a great laptop. It builds on the concept of a ‘four mode’ laptop, an idea Lenovo has pioneered, making it so much thinner and lighter that it makes me wonder what else it could achieve with smaller version. For now, though, we have this 13-inch version and it looks stunning.