Lenovo’s Google smart display was all the rage at CES 2018, and for good reason. The Google Assistant powered smart screen is on paper a key rival to Amazon’s Alexa-powered Echo Show that should make it quick and easy to check recipes, control your smart home and generally browse the web using a single-pane-of-glass interface. The only question we had about the device was when we’d finally get the chance to properly try out the future-tech. Thankfully, Google finally answered that question during its I/O 2018 developer keynote. Scroll down for all the key info you need to know about the Lenovo Smart Display.

Google confirmed the first wave of smart displays will launch in July.

Lenovo’s Smart Display is basically Amazon’s quirky Echo Show, but ditching Alexa for Google Assistant. It’s a lot less, well, ‘unique’ in its style and feels much more modern. Whereas the Echo Show has this odd retro ’70s TV vibe, the Smart Display is stark white with either a bamboo or soft-touch matte plastic back. There’s a kickstand built into the back that’ll let you prop the screen up either horizontally or vertically. 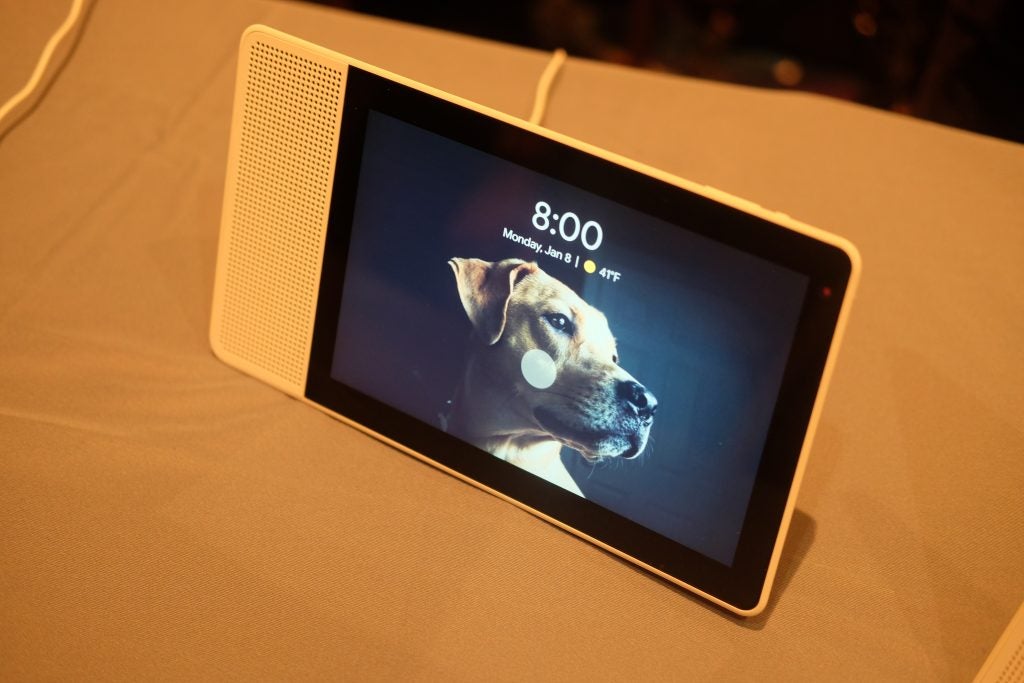 One particularly neat hardware addition is the small cover that slides over the 720p front-facing camera when it’s not in use. I use an Echo Show and there’s something slightly disconcerting about that camera always watching you, so having a physical way to turn it off is much appreciated.

Two versions will be available when it launches in the summer: an 8-inch and a 10-inch model, but aside from the size there’s only a slight resolution bump in the larger one. Both displays look sharp and colourful, with the 8-inch one feeling like the perfect size for a device like this.

Underneath the simple exterior is a Snapdragon 624 CPU, 2GB RAM and 4GB storage. Nothing too surprising there, but remember for a device like this you’ll likely never give a second thought to the internals. 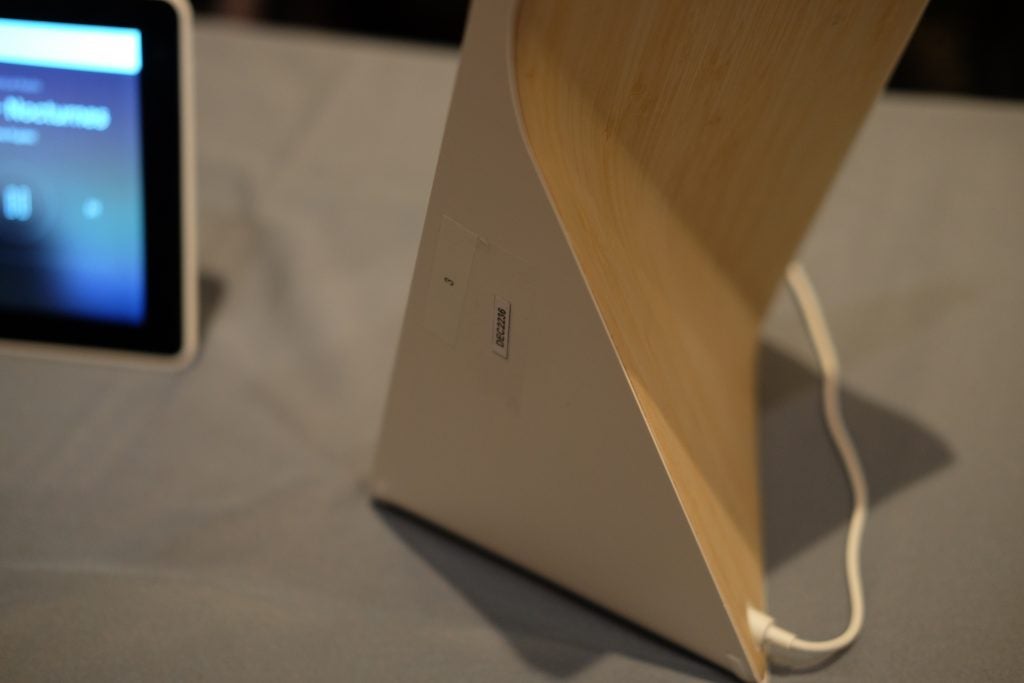 Google has built the operating system entirely itself, giving Assistant a viable UI that feels fluid and useful for a product like this. Your homescreen displays the time, along with snaps from your Google Photos account, and unlike the Echo Show it’ll play videos from YouTube without any hassle. There’s also support for services like Nest and you can make video calls through Duo.

The card interface that Google uses throughout its products is here and it’ll service news and meeting reminders intelligently. While you can touch the screen to navigate the UI, it’s clear you’re meant to use your voice.

Third-party apps will be supported too, and I saw a demo of a Nest app showing a live feed from one of its cameras. It’s interesting to note that rather than running the version of Android you’d be used to seeing on a phone, the Smart Display runs Android Things. This means you won’t be installing your regular selection of apps from Google Play, with apps instead having to be approved and loaded directly from Google itself.

While I’m not completely sold on the idea that smart speakers need to have physical screens, there’s no doubt that Google has built a UI that feels at home on such a device. The sleek style instantly pushes it above the Echo Show and the wide support Assistant already has means you won’t be short of things to do.