Take a straw poll among all the photographers you know, and there’s a chance that none will recognise the brand name Laowa. It’s a Chinese company, previously known as Venus Optics, which specialises in close-up photography. As well as the 60mm f/2.8 Macro we’re looking at here, it has recently announced a 15mm f/4 lens that offers 1:1 macro and a shift facility when used on APS-C DSLRs. Laowa also makes a macro twin-flash unit to accompany the 60mm macro lens.

Many camera manufacturers offer their own 60mm macro lenses for APS-C-sensor cameras. Taking into account the 1.5x crop factor, they’re effectively equivalent to the classic 90mm macros that were extremely popular with 35mm film, due in part to their ability to double as short telephoto ‘portrait’ lenses. So it might seem odd that Laowa would choose to make one that’s fully manual, with neither autofocus nor automatic aperture control. At £299, it’s no cheaper than alternative lenses like the Tamron SP AF 60mm f/2 Di II LD IF Macro, either. So what exactly is the point?

The Laowa’s selling point is its maximum magnification ratio – the 2:1 in its name denotes that it’s capable of focusing a twice life-size image onto the sensor. So on an APS-C DSLR with a 23.5×15.6mm sensor, the Laowa can fill the frame with a subject of just 11.8×7.8mm in size. No other DSLR lens can do this without the aid of accessories such as extension tubes, and still focus to infinity. 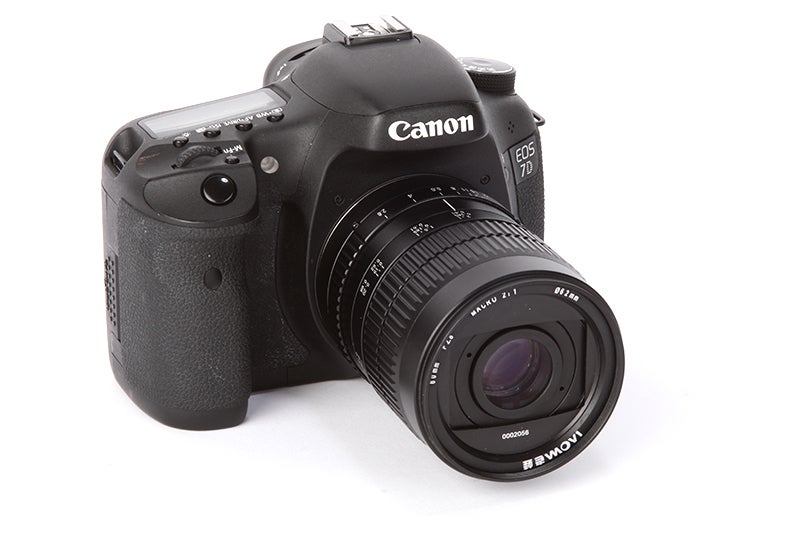 With its fully manual operation, the Laowa 60mm f/2.8 is basically a very simple lens. Optically, it consists of nine elements in seven groups, with no suggestion of any exotic glass or aspherics being employed. However, it does use a floating-focus system, with two major lens groups moving separately as the focus is adjusted to give improved image quality across the full range of subject distances. The front element is deeply recessed in the barrel when the lens is set to infinity, which in effect provides a large built-in hood, and moves forward by more than 5cm at the closest focus position.

The front of the barrel is threaded for 62mm filters, which won’t rotate on focusing. A 14-blade diaphragm forms the aperture, giving a near-perfectly circular opening at settings right down to f/11. This results in particularly attractive bokeh (the rendition of out-of-focus regions of an image) across the full range of apertures, and is particularly desirable for a lens that will often be used for applications where depth of field will be limited.

The lens is available in the four current major SLR mounts – Canon EF, Nikon F, Pentax K and Sony Alpha. It has no electronics to communicate with the camera, though, which means there’s no aperture display or electronic focus confirmation (at least not on the Canon-mount model I tested).

This has knock-on effects for how you end up shooting with the lens, which will vary somewhat between camera brands. For example, entry-level Nikon DSLRs will only shoot in manual-exposure mode, and refuse to meter at all. However, it also means that the Laowa 60mm is perfectly at home when used on compact system cameras via a mount adapter – indeed, in many ways it works better when used in this way. 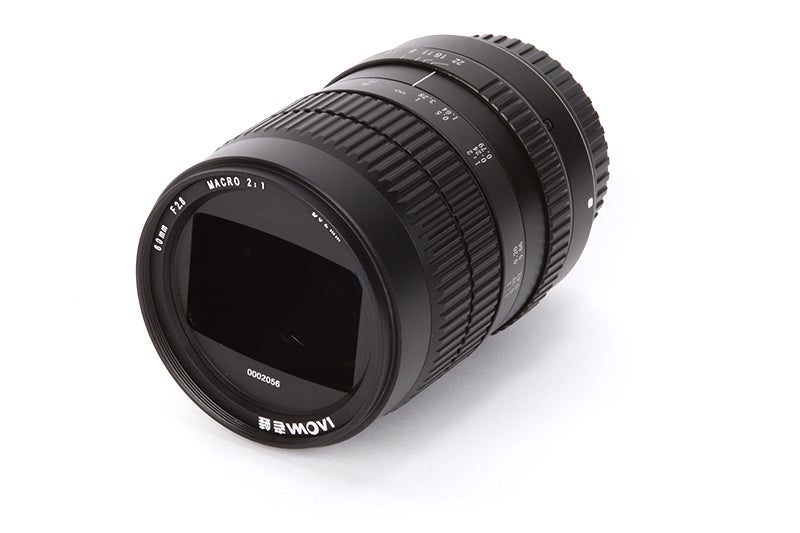 It’s difficult to fault Laowa’s build quality; with an all-metal barrel, the lens is distinctly reminiscent of classic manual focus primes from the 1970s. The broad manual focus ring rotates smoothly 150° from one extreme of the focus range to the other, with distance markings in feet and metres alongside a macro reproduction scale. Behind it, closer to the camera body, is an aperture ring that clicks at full-stop intervals between f/8 and the minimum setting for f/22. The last three marked stops – f/11, f/16 and f/22 – are rather closely spaced, but at larger apertures it’s very easy to set intermediate apertures between the clicks. Turning the aperture ring operates the diaphragm directly, stopping the lens down to the marked setting and darkening the optical viewfinder of a DSLR as a result. 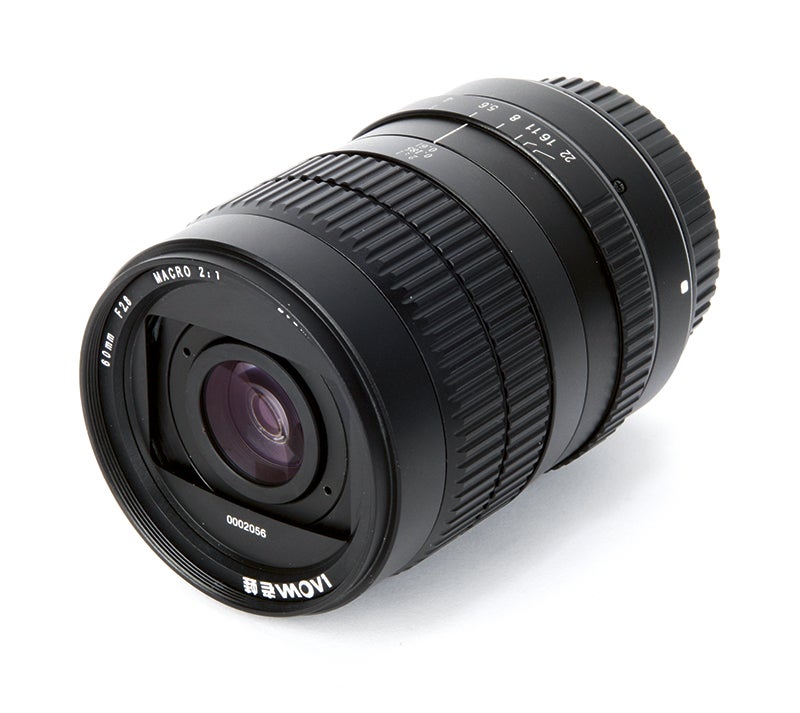 When it comes to using the Laowa 60mm, I quickly found that shooting at the extreme magnifications it can achieve is fraught with problems. It’s hard enough working with a conventional 1:1 macro lens, where the slightest movement of the camera relative to the subject throws out your composition, or focus, or both. Using this 2:1 macro lens on an APS-C camera simply amplifies these problems. If you try shooting handheld, it’s near impossible to hold the camera steady enough to compose and focus. This means that you’ll need to use a tripod at the very least, ideally with a geared head and macro rail for precise composition and focusing. So while you do get extreme macro for just £299, you’ll need expensive supporting kit to make the most of it, and if you try to shoot outdoors the slightest breeze will disrupt your work.

Working distances are quite limited, with only about 5cm from the front of the lens to the subject at 2:1. Fortunately, this isn’t so short as to cause serious problems with lighting, so you can get away without having to use flash. But you do risk scaring off skittish wildlife, should you attempt to approach that close.

This type of all-manual lens isn’t well suited for use with the optical viewfinders of DSLRs, either. Focusing can be hit-and-miss, and the camera’s metering and autoexposure are liable to get increasingly inaccurate as the lens is stopped down. Instead, the lens is best used in live view, or mounted on a CSC with an electronic viewfinder. This allows accurate focusing and metering with the minimum of fuss. As always, it’s best to focus first with the aperture set to f/2.8 or f/4, then stop down to the aperture needed for the depth of field you wish to achieve.

Looking at images from the Laowa reveal that it’s anything but a clinically sharp modern lens. Wide-open images are rather soft in the centre of the frame, and decidedly blurred towards the edges and corners. 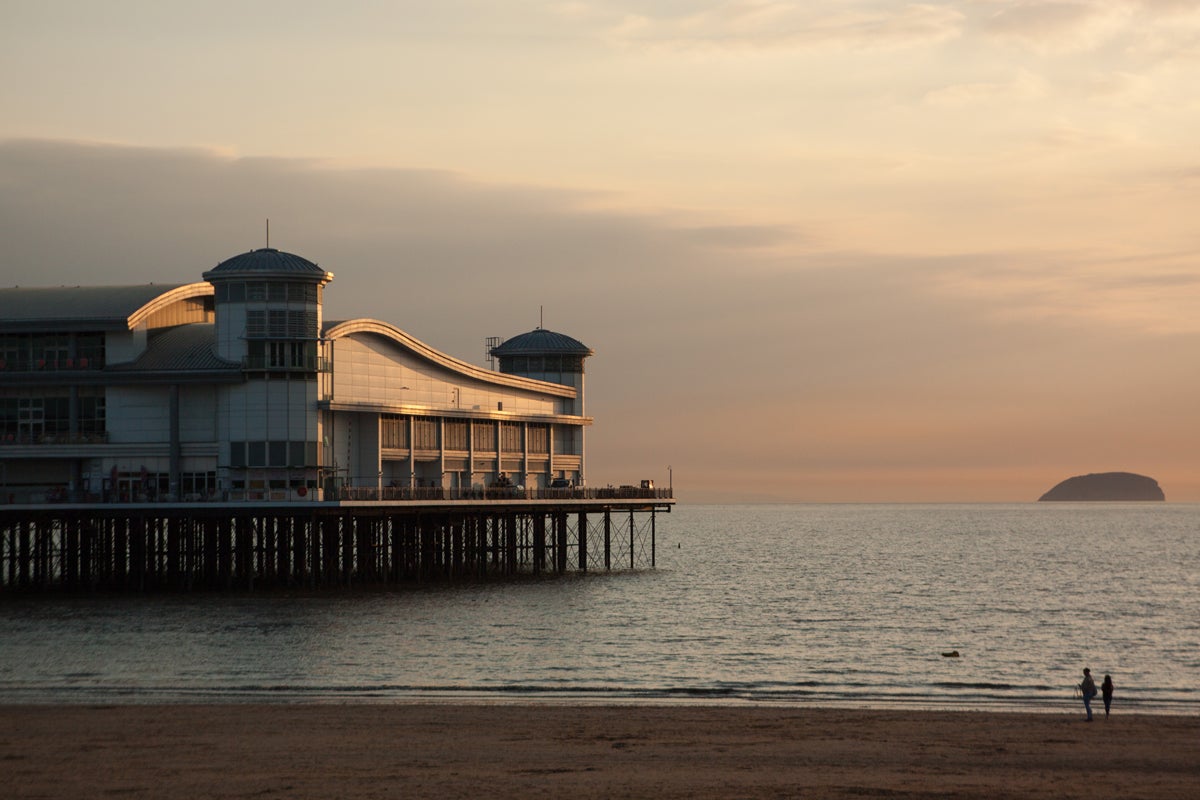 At longer focus distances images are sharp in the centre, but softer towards the edges

Things improve on stopping down, but it’s not until f/11 that the periphery of the frame cleans up completely. However, this does not mean that the lens creates unattractive images, and the Laowa scores strongly in how it renders out-of-focus images of the frame, with delightfully smooth and attractive bokeh. 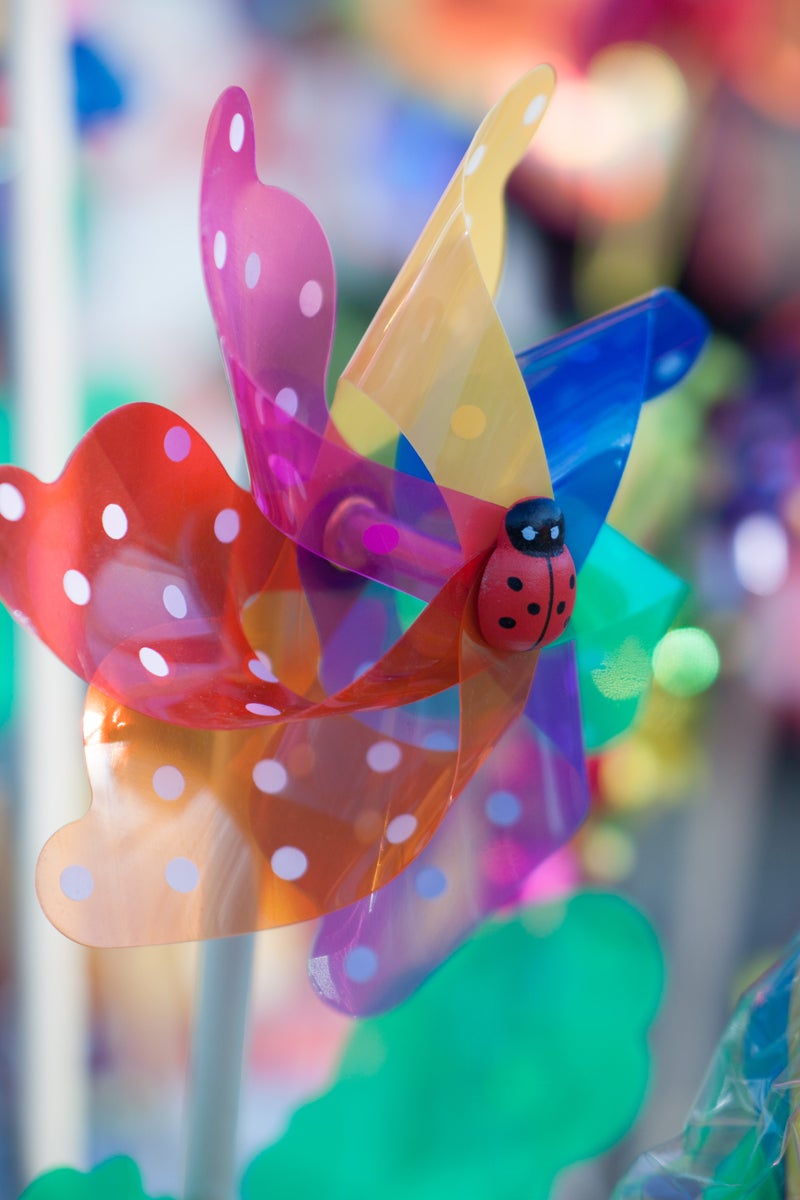 If you’re after pin-sharp corner-to-corner detail in large prints, though, you’ll be better off with a conventional macro lens. 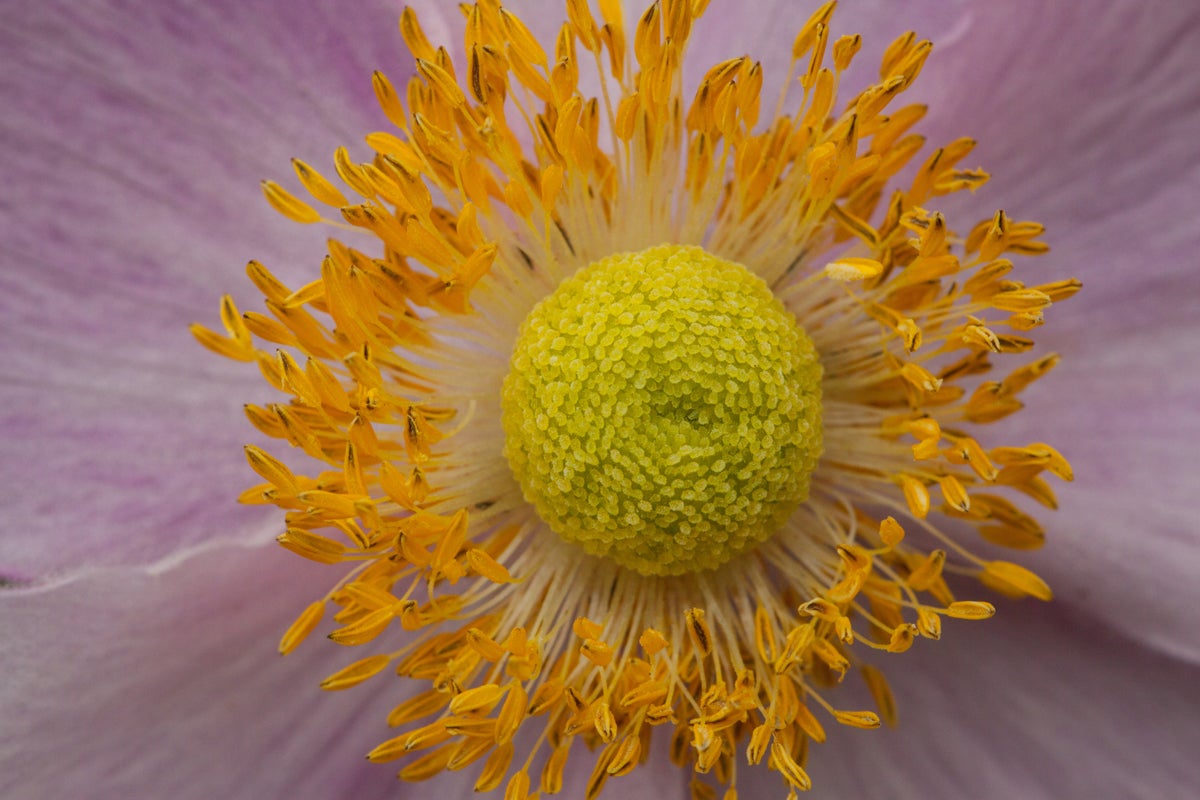 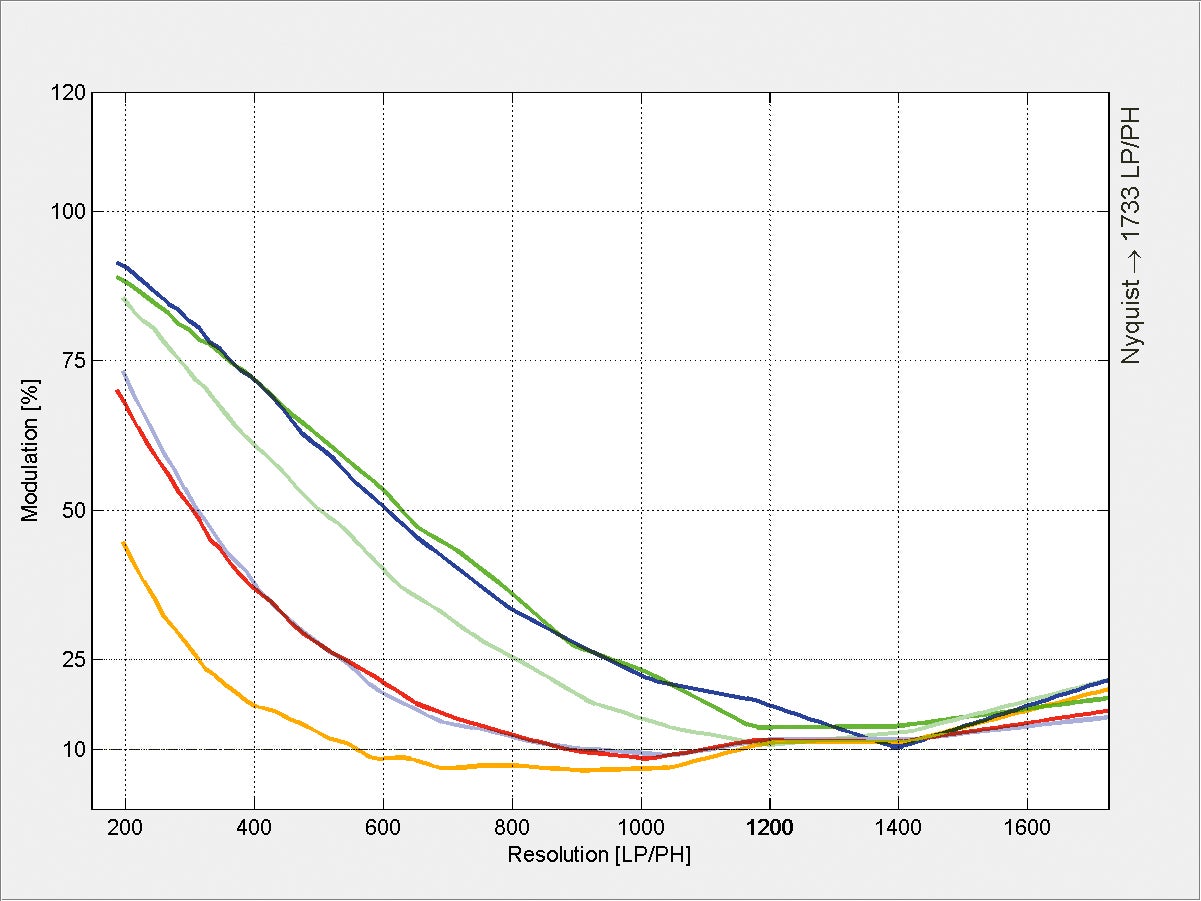 Our Applied Imaging MTF tests reveal the lens to be extremely soft wide open. It improves considerably on stopping down, and the centre is impressively sharp by f/5.6. The optimum apertures for overall corner-to-corner sharpness are f/8-11, with diffraction softening the image a little at f/16. 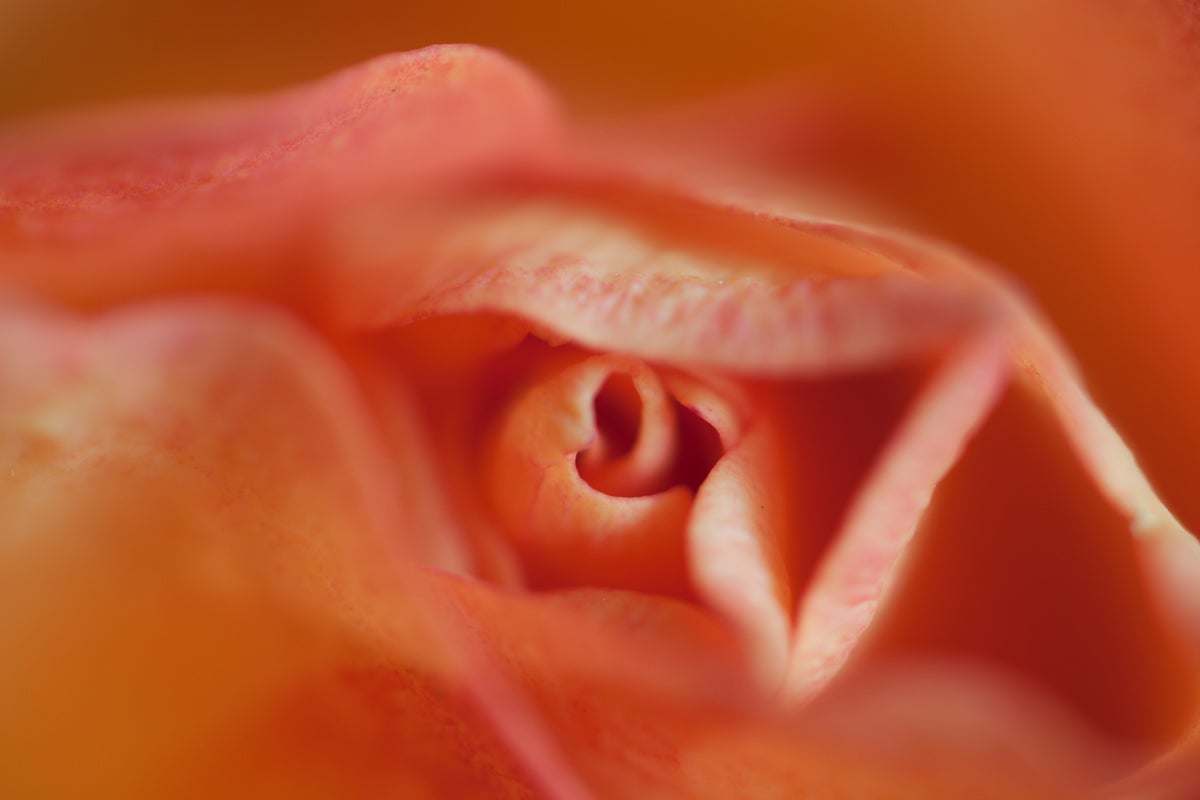 The transition from in-focus to out-of-focus regions of the image is handled beautifully. This was at f/2.8

A little corner shading is visible on APS-C cameras at f/2.8, but it’s rarely visually troubling, and it effectively disappears completely on stopping down to f/5.6. Not surprisingly, if you mount the lens on a full-frame camera then shading becomes much stronger, particularly at longer focus distances.

At longer focus distances images are sharp in the centre, but softer towards the edges 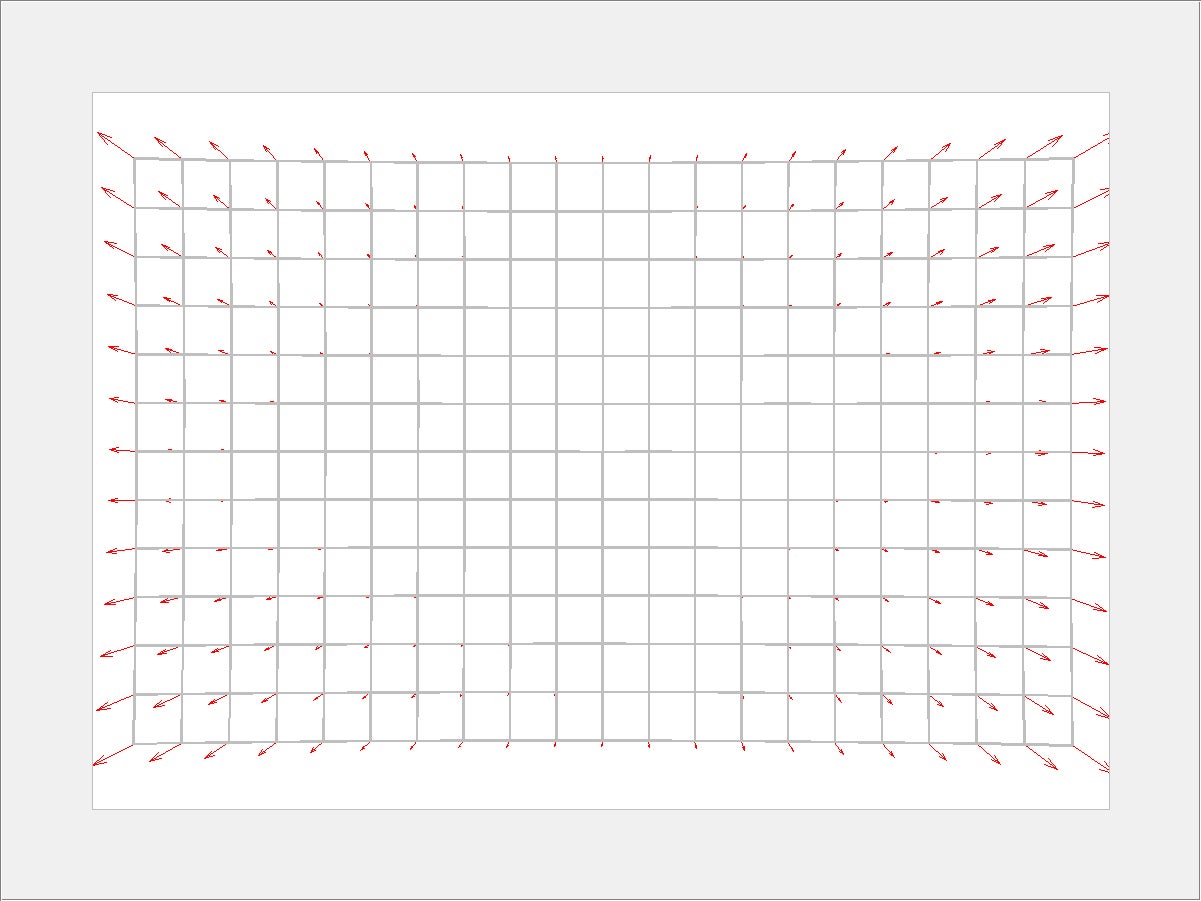 Moderately strong pincushion distortion is visible in our test-chart shots. This is a little disappointing from a macro lens, which we’d usually expect to be near-perfectly corrected. Our tests were shot at a distance of around 2m, but a similar pattern exists at all distances from infinity to minimum focus. 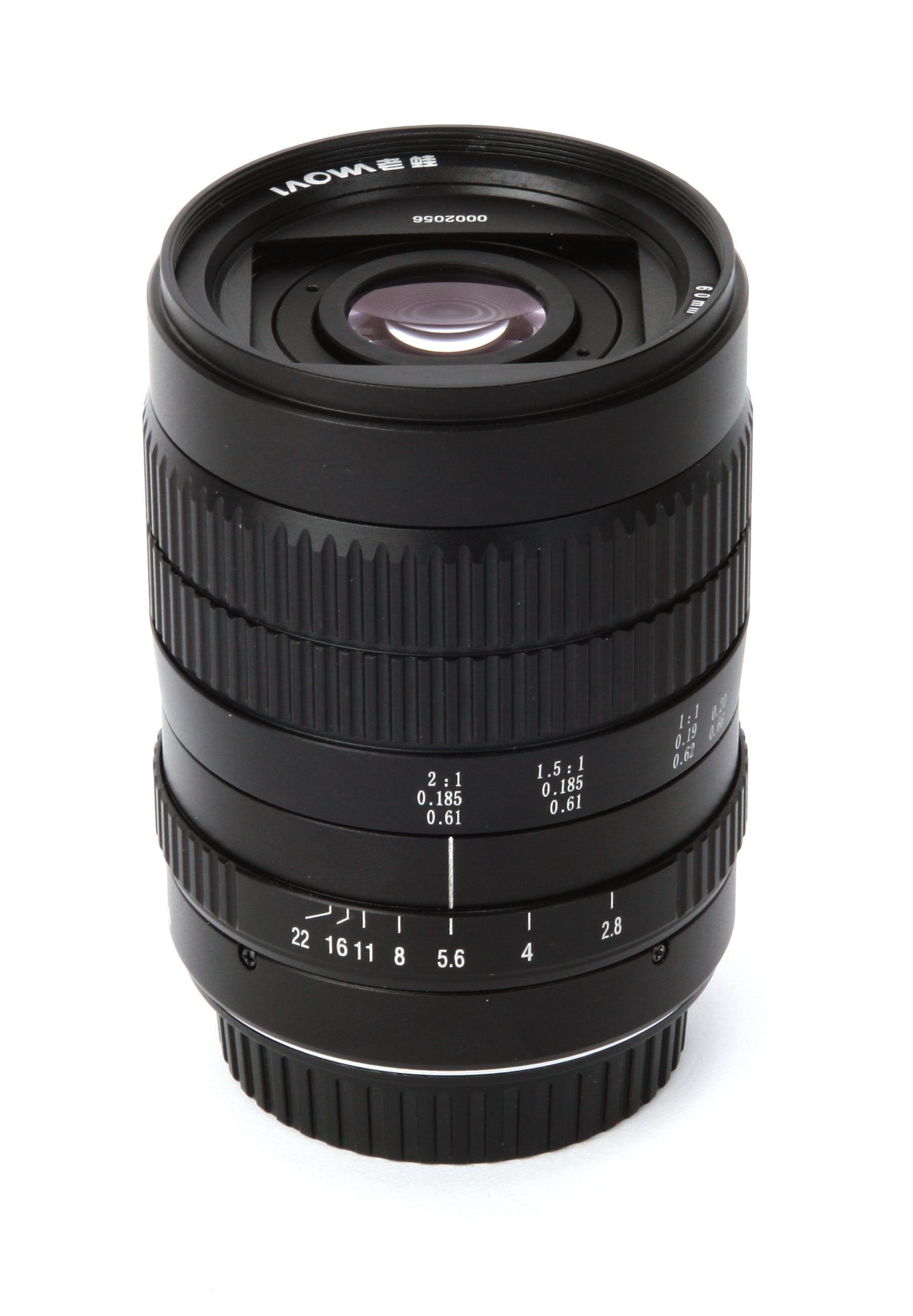 When buying photo gear, it’s naturally tempting to play it safe, research your purchases and buy the best lenses you can afford. But as conventional wisdom tends to equate ‘best’ with ‘sharpest’, this means it’s easy to overlook lenses like the Laowa 60mm f/2.8 Macro. It’s a lens that’s full of character, and its ability to shoot twice life-size macro opens up a whole new way of exploring the world.

This isn’t the lens to buy, though, if you’re after an easy life. With manual focus and aperture operation it requires some work and dedication to get the best out of it, and it’s not a great choice if you like to shoot using the optical viewfinder of a DSLR.

I suspect most photographers would be better served by the Tamron 60mm f/2 Macro, especially if looking for a dual-purpose portrait/macro lens, but the Laowa is an intriguing alternative.