More good – or at least decent – news comes from the 19in screen’s sharpness. You can, at any rate, clearly distinguish the difference between HD and good quality standard definition sources – which hasn’t been the case with every small, uber-cheap TV we’ve laid eyes on. Furthermore, while there is some loss of resolution over fast-moving objects due to LCD’s innate slow response time, it’s not as severe here as we would have expected for £89. And it never gets so bad that the picture descends into overt smearing.

At this point all we’re left with is the usually troublesome area of contrast and black level response. And it’s true to say that this is the weakest aspect of the Kogan’s performance, and by some distance. Where there should be blackness in a dark scene instead you get a grey mist, which predictably flattens the picture, hides shadow detail, and generally renders dark scenes much less authentic looking than bright ones.

However, the grey misting effect is at least reasonably neutral in colour terms, by which we mean that it doesn’t carry the sort of blue or green infusion sometimes witnessed on low-contrast screens. This means that there isn’t as much damage to colour tone accuracy during dark scenes as might have been anticipated. 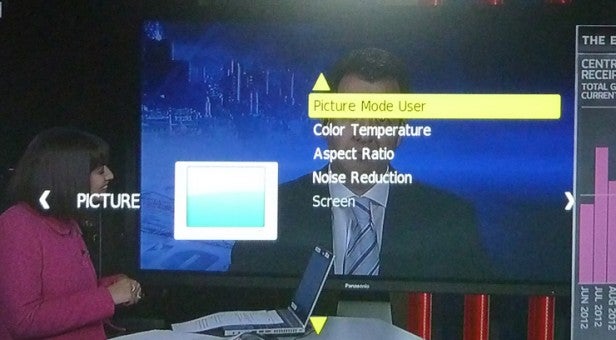 It’s also true, of course, that a 19in TV isn’t often going to be used for serious film watching, so the need for cinematic levels of contrast is arguably trumped by the need to deliver – as the KULED19XXXYA does – lots of brightness and a rich colour palette best suited to typical TV shows. Obviously in an ideal world the KULED19XXXYA would have combined good brightness and colours with a rich black level, like premium screens can. But when are you ever going to get an ideal TV world for 89 quid?!

If you’re thinking about buying the Kogan to use as a cheap gaming monitor it performs well in terms of input lag. We measured a very respectable delay of just 30ms between the image arriving at the TV’s and it appearing on the screen.

With even large TVs often struggling to deliver convincing audio due to the slenderness of their frames, you shouldn’t be surprised to hear that the 19-inch Kogan is pretty limited sonically. The soundstage is very narrow, with pretty much zero bass. Action scenes thus sound predictably thin and harsh, while even voices – male ones, at least – sound lightweight and ‘breathy’. Again, though the Kogan’s audio remains just about functional enough to meet the demands of the normal, sonically simplistic fare that represents the majority of daytime TV schedules.

Despite its basic specification – aside from some unexpected multimedia playback and USB recording skills – and flawed pictures and sound, the Kogan KULED19XXXYA still has enough going for it overall to fall comfortably within the ‘how do they manage to sell it so cheaply’ TV category. And that’s a category we know many of our readers are only too happy to plunder when looking at a second- or even third-room TV. If you’re after a small TV for such purposes but have precious little money to spare, it’s difficult to see how you could do any better than this Kogan.