Anyone looking for a super-zoom camera is rather spoilt for choice at the moment. There are so many good ones that it’s very difficult to choose between them. When there are cameras like the Fuji FInePix S5700, Panasonic Lumix FZ8, Olympus 550UZ and the new Canon S5 IS (review coming soon) available, the choice is difficult enough, but now Kodak has gone and launched another new superzoom camera with a specification that makes the problem even trickier. 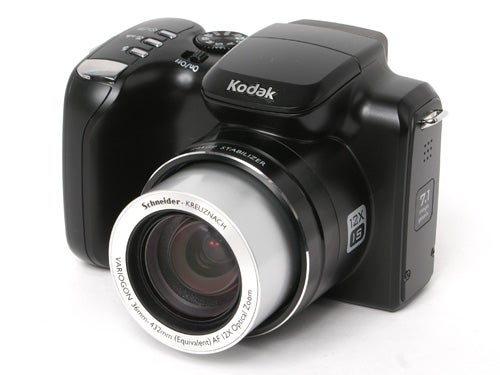 Of course with all those high quality cameras out there, any new product is going to have to be something a bit special if its going to have any chance at all, so for the EasyShare Z712 IS Kodak has piled on the features. It has a top-quality Schneider-Kreuznach Variogon f/2.8–4.8 12x zoom lens with built-in optical image stabilisation, a 2.5-LCD monitor, an electronic viewfinder, maximum ISO of 1600 and a full range of manual exposure modes with easy command dial operation. To make it even more competitive Kodak has managed to put all this together for just £177, which compares favourably with all of the competition except the Fuji S5700, although of course that camera doesn’t have image stabilisation. 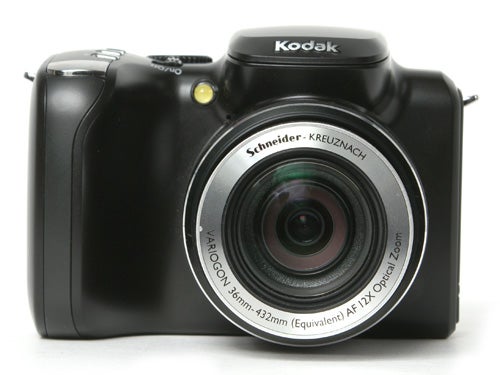 The Z712 is a surprisingly compact and lightweight camera, measuring just 103.6 × 74.2 × 69.7 mm and weighing 300g, which is smaller and lighter than any of its immediate competitors. It has a plastic body, but it is very solidly put together, with no creaks or rattles. It has a large handgrip for its size, with a textured thumbgrip area on the back, and despite the rather confined space available beside the lens barrel it is very comfortable to hold, although the finish is quite smooth and can be slippery especially if your hands are a bit sweaty. A rubberised texture on the handgrip would have been a good idea.

The control layout is also well considered, with all the external buttons comfortably positioned for one-handed operation. The power switch is a spring-loaded slider and easy to reach with the forefinger, as are the three top panel buttons for flash mode, focusing mode and self-timer/drive mode. The shutter button is large and prominently positioned, which is fine, but it is also raised up on the top edge of the grip and quite sensitive, making it easy to trip accidentally. The circular D-pad is the exact opposite, since it is slightly recessed and needs to be pressed with the edge of the thumbnail, which is a bit fiddly. However these are nit-picks; the overall handling is very good. 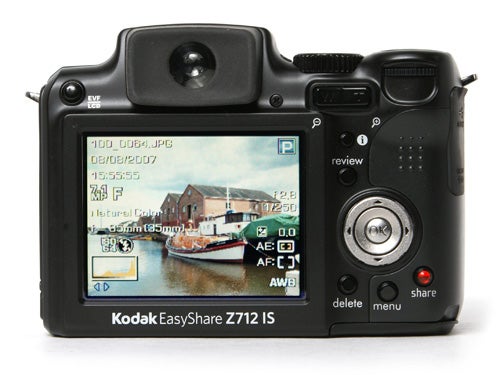 The Z712 has a good selection of shooting options, with full auto, program, aperture and shutter priority and full manual exposure, as well as a sports program mode, a high-ISO mode and 16 scene modes. It has the usual metering options of multi-pattern, centre-weighted and spot metering, as well as multi-zone, centre-zone or selectable zone autofocus. Kodak usually likes to leave colour control firmly in the hands of its Colour Science processor, so it’s no surprise that manual colour adjustment options are a bit limited, with only three saturation settings and monochrome. There are three sharpness levels, but no contrast control. Other adjustments, including exposure settings, exposure compensation, flash level and ISO are controlled on-screen via the small command dial, positioned just above the thumbgrip. This has a press-and-turn action, and with a minimum of practice controlling manual exposure is extremely quick and easy.


The zoom control is a simple rocker switch located near the thumb grip, and is about as pleasant to use as such items usually are. The zoom is stepped, but there are a lot of increments between the wide-angle and telephoto settings. One thing that did bug me slightly was that while the lens was moving the view on the screen went totally out of focus, making framing a bit hit-or-miss. The LCD screen itself could be a bit better too. It is certainly bright enough, and has a fairly good anti-glare coating, but with only 115k pixels it is a bit low-res. Fortunately the electronic viewfinder is made of sharper stuff, with a resolution of 230k pixels. The camera does have optional manual focus, but this is controlled via the fiddly D-pad. Although the view on the screen or viewfinder does automatically magnify when adjusting focus, it zips from one end of the focus range to the other so quickly that achieving accurate focus is all but impossible. 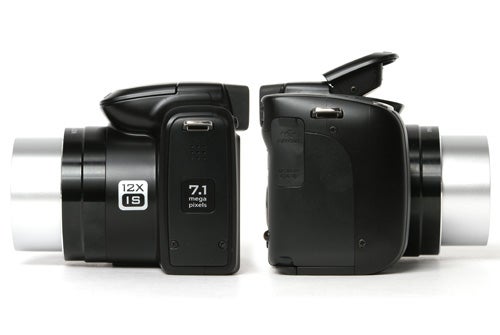 The Z712’s general performance is very good. It starts up in just over 1.5 seconds, which is remarkably fast for a super-zoom camera, and it shuts down again even more quickly. The AF system is also very fast, almost up to DSLR standards, and also works extremely well in low light; in fact I’d say that the Z712 has about the fastest low light focusing ability I’ve seen on a non-SLR camera. It has a very bright AF illuminator, and had no trouble focusing quickly in total darkness at a range of several metres. Shot to shot times are also fairly quick, although it really could do with a much larger and faster image buffer. In single-shot mode it can take a shot roughly once every two seconds, although with slower memory cards it is possible to fill up the buffer faster than the camera can save the pictures, usually after about six shots. In continuous shooting mode it can take a burst of six shots in just under four seconds, but it then has to pause for a couple of seconds to write them to the card.

A big selling point of the Z712 is of course its optical image stabilisation system, which uses motion sensors and a moving element within the lens to compensate for camera shake at low shutter speeds. I found that it produced shake-free images at maximum zoom reliably at 1/40th of a second, and about half the time at 1/30th, which is pretty good. It’s about three stops below the recommended safe hand-held shooting speed for a 400mm lens. 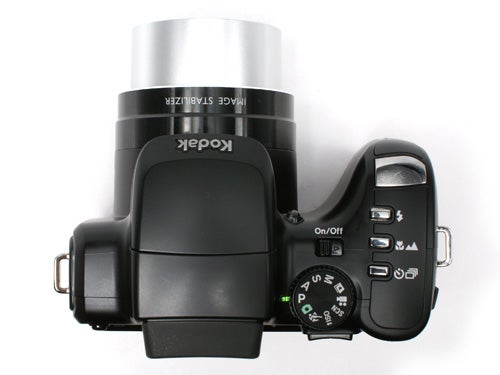 One slight mystery is that the camera seems to be under the impression that a freshly formatted 1GB SD card is only large enough for 210 shots, which would be an average of about 4.8MB per image. In fact even in its highest picture quality mode the Z712 produces quite highly compressed files, averaging around 2.5MB, which is small for a 7MP camera (The rule of thumb is 500KB per megapixel) and should mean that a 1GB card would hold over 400 shots. In practice this does result in noticeable image compression artefacts, which is a great pity because apart from this detail the picture quality is very good indeed. The Schneider-Kreuznach lenses used by both Kodak and Samsung are some of the best you’ll find on any digital camera, and the 12x zoom on the Z712 performs brilliantly, producing a high level of detail, outstanding corner-to-corner sharpness and virtually no distortion at any focal length, which is very impressive on what is after all a fairly compact lens. With a maximum aperture of f/2.8 to f/4.8 it is also faster than average. 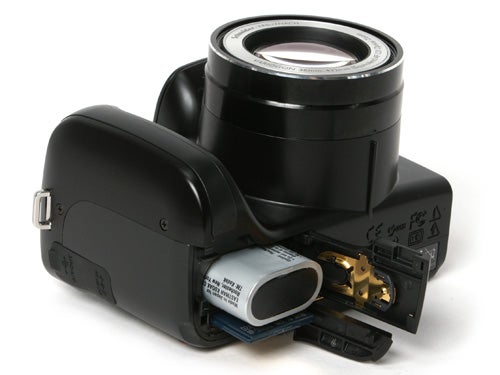 Exposure metering is generally accurate, and colour rendition as good as ever thanks to Kodak’s Colour Science chip, but the dynamic range from the relatively puny 1/2.5-in sensor is limited, and produces a lot of black shadows and burned-out highlights. Noise control is better than average, with very little noise appearing until 800 ISO, and even at that speed the results were quite printable. All in all a pretty impressive performance from a relatively low cost camera, but I can’t help wondering what that excellent lens could do if paired with a better sensor.

The EasyShare Z712 IS is Kodak’s top-of-the-range super-zoom, and it has an impressive specification. Build quality and handling are good, overall performance is well above average, low light performance is exceptional and the optical image stabilisation system is very effective. Picture quality is generally very good, but it could have been even better if the excellent Schneider-Kreuznach lens wasn’t let down by a small sensor and over-enthusiastic image compression. 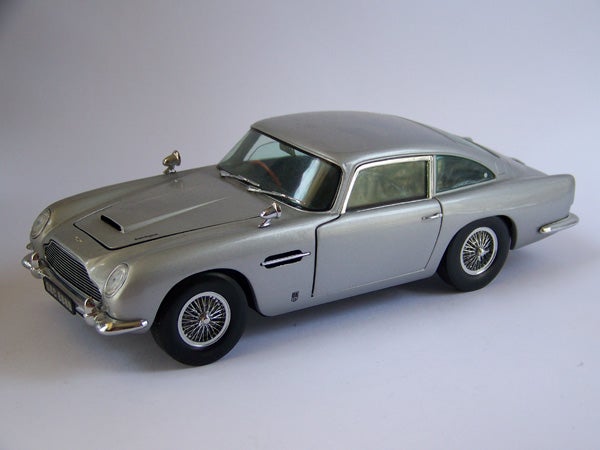 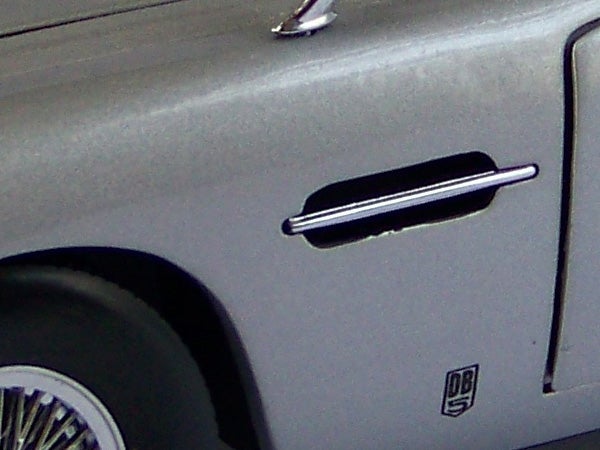 Excellent detail and no noise at 64 ISO. 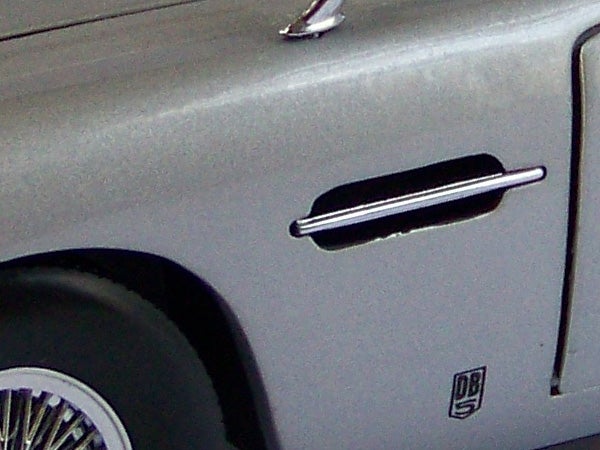 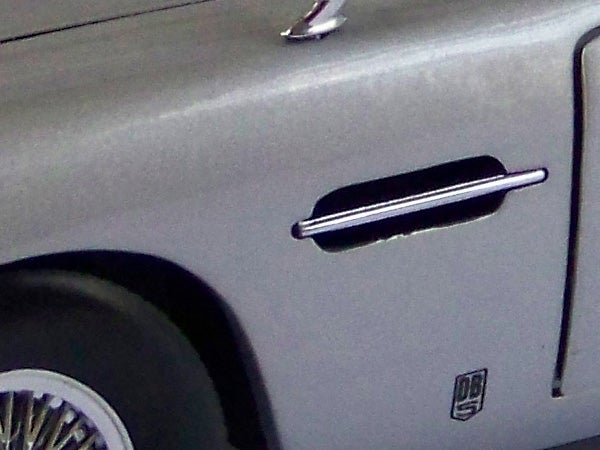 Still no appreciable difference at 200 ISO. 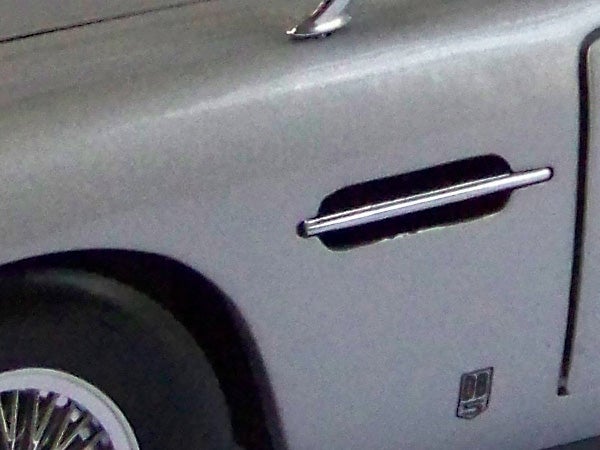 There is a little colour noise in the darker areas at 400 ISO, but overall quality is still good. 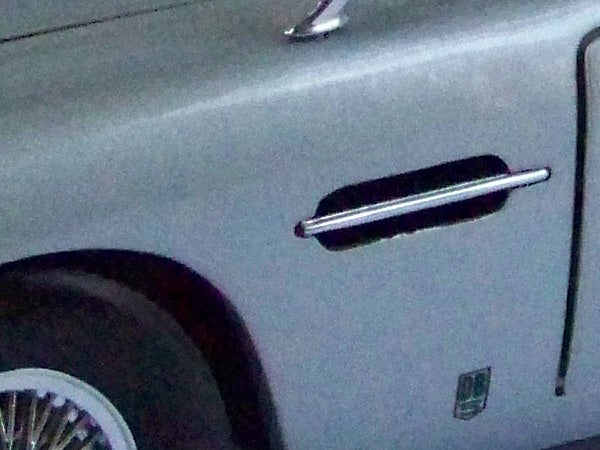 Noise is definitely showing at 800 ISO, but the picture is still usable. 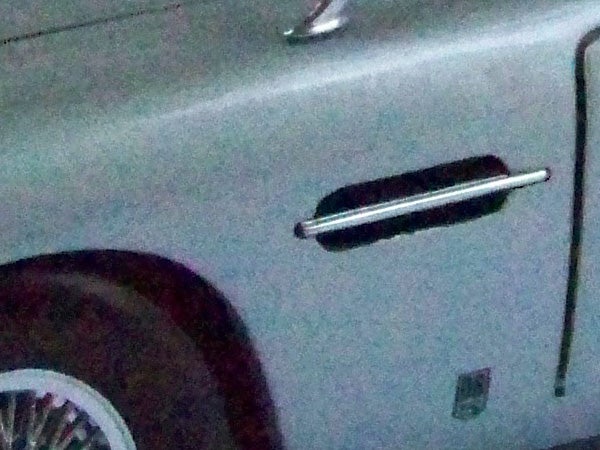 1600 ISO and there is now visible noise over the whole image. 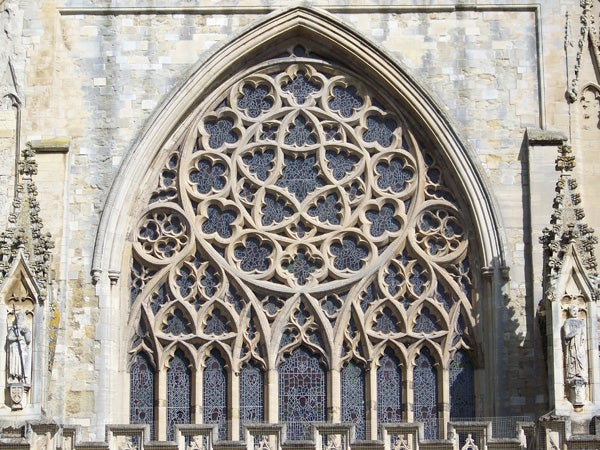 At last a sunny day for my test shots. I take this same shot with every camera I test. Click on the image to see it full size or look at the 100 percent crop below. 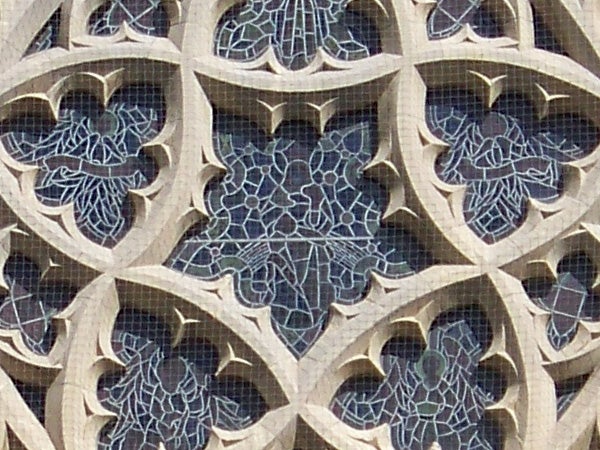 The Schneider-Kreuznach lens produces excellent pin-sharp detail, but there is some visible evidence of severe image compression. 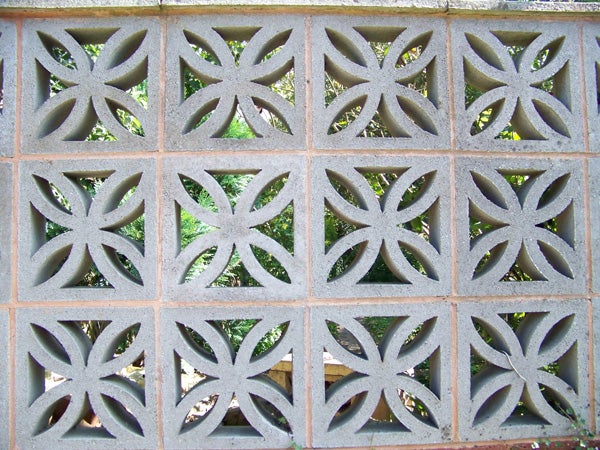 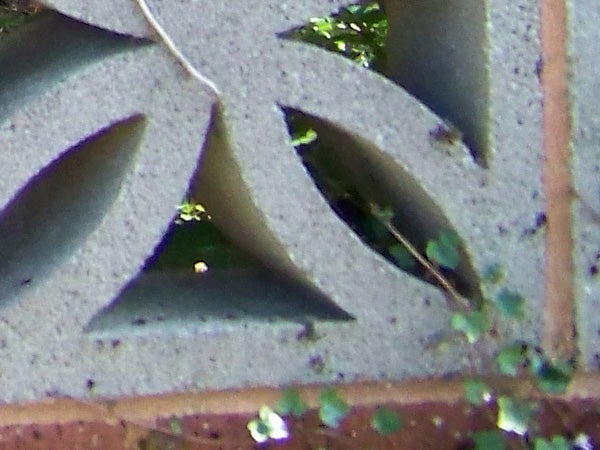 This crop from the above image shows that the sharpness extends almost right into the corner of the frame, but there is some purple fringing visible. 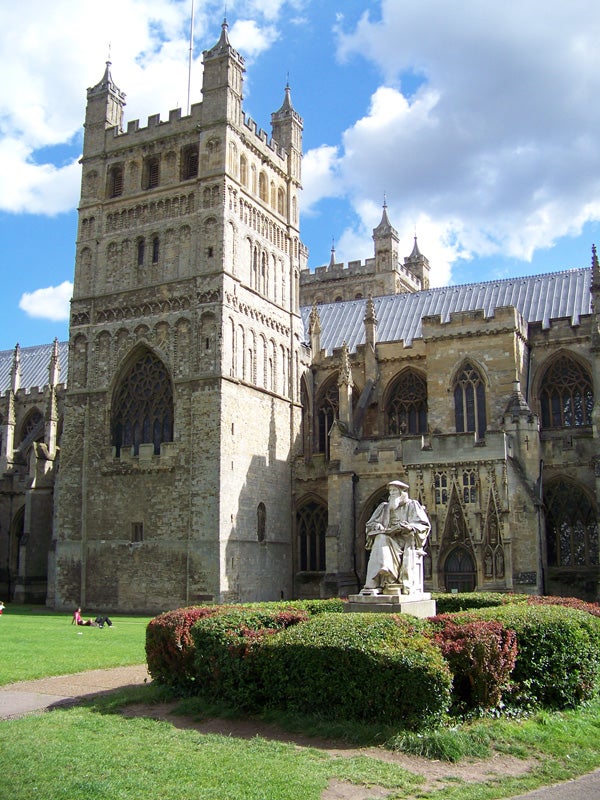 The huge zoom range is impressive, but the wide angel end is only equivalent to 36mm. 28mm would have been more useful. 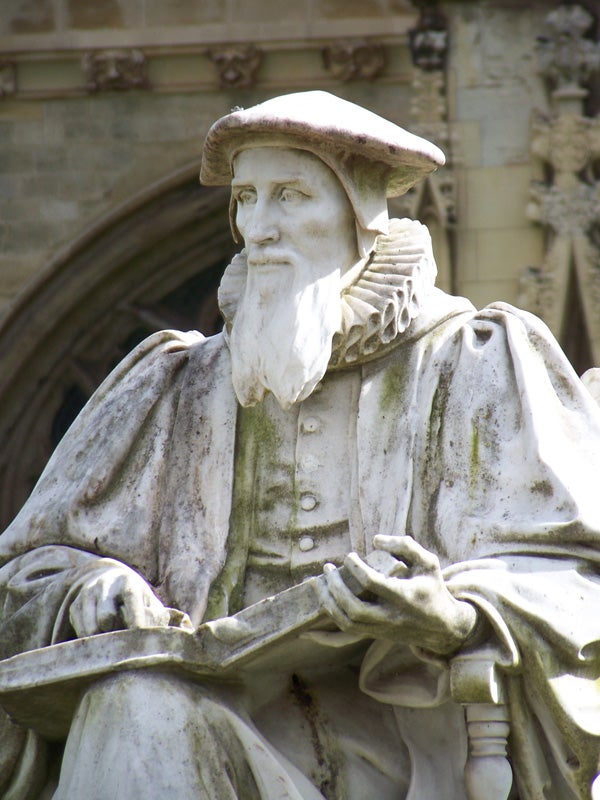 With a telephoto end equivalent to 432mm, you can zoom right in on the details. This shot was taken from the same spot as the one above. 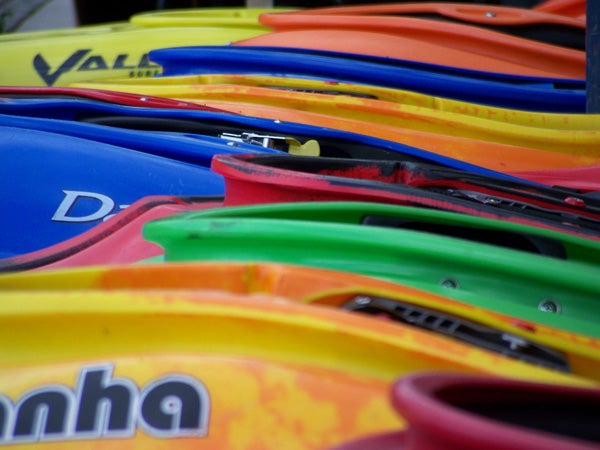 Colour reproduction is very natural, as is usually the case with Kodak cameras. 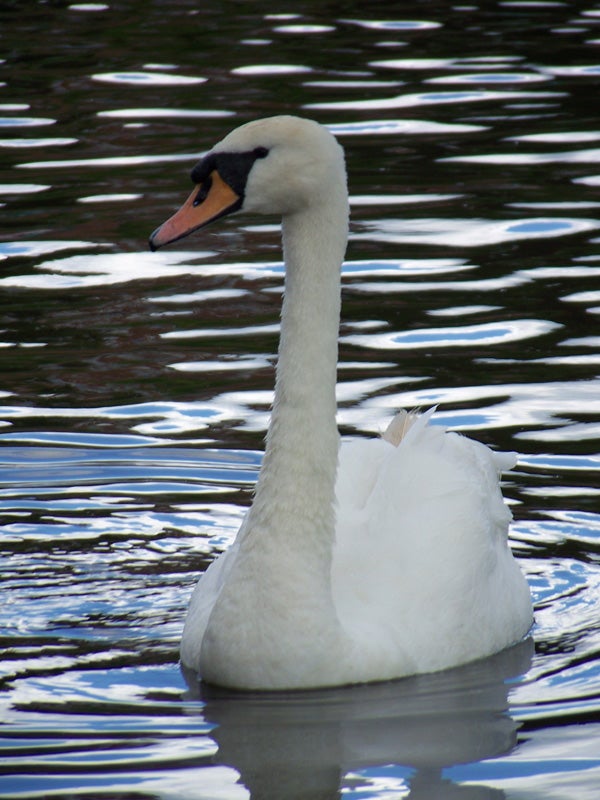 The long telephoto and image stabilisation make the Z712 a good choice for amateur wildlife photography. 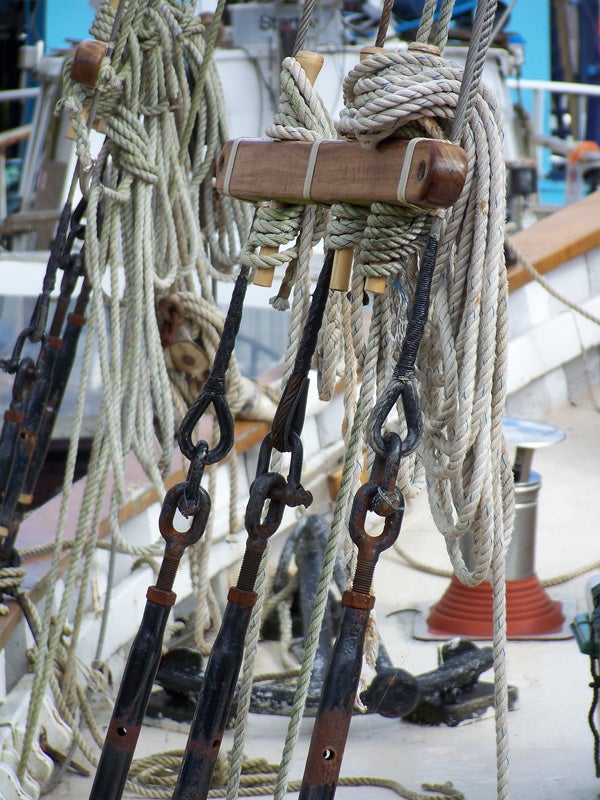 Altogether now, “It was on the good ship Venus…”