Back in October last year I reviewed the EasyShare Z1275, the top model in Kodak’s high-zoom compact range. I wasn’t particularly impressed, finding fault with its build quality, image quality, sluggish performance and unfortunate habit of frequently locking up and refusing to work. Today I’m taking a look at one of Kodak’s two other 12-megapixel cameras, the 3x zoom EasyShare V1233. The V series is Kodak’s premium line of compact cameras, and the V1233 is one of the top two models in the range, so hopefully it will fare a bit better. 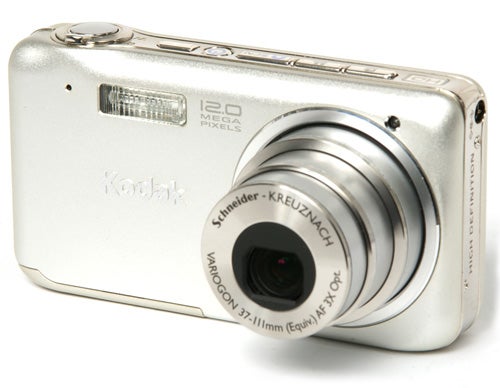 It certainly gets off to a better start. With a list price of £149.99, it is £10 cheaper than the launch price of the Z1275, and its price also compares fairly well with 12MP models from other manufacturers. Fujifilm’s technically advanced but slightly disappointing F50fd is currently available for £146 from one retailer, but is more likely to be found for around £170. The Panasonic FX-100 has a wider zoom range and more features, but is also a lot more expensive at around £200. In terms of specification perhaps the closest match is the Casio EX-Z1200, but this too is more expensive, currently selling for around £180. 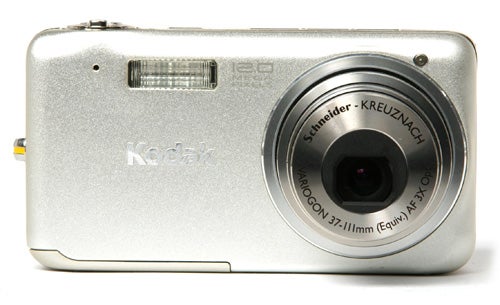 The V1233’s build quality and overall design is also a massive improvement on the Z1275, and there’s no denying it’s a nice-looking camera. Kodak used to have a reputation for cheaply-made plastic cameras that felt more like children’s toys, and there was always a suspicion that Kodak – best known for its film products – was hoping that digital cameras were just a fad that it didn’t need to take seriously, and that people would soon start buying Kodachrome and UltraMax 400 again. The advent of the innovative and stylish V-series marked a change in corporate policy and also the beginning of a change in Kodak’s fortunes in the digital camera market. Like other models in the series, the V1233 is a solidly-made camera with an all-aluminium body, a simple and well-designed control interface and a clean, attractive style. Measuring 101.9 × 54.6 × 23.4 mm it is a little longer and lower than average for a pocket compact, with rounded corners and recessed controls, and weighing 150g (minus battery) it is ideal for slipping into a pocket for a night out.

The controls are well designed, with the main functions split between a row of buttons on the top and a simple circular arrangement on the back, consisting of a small joystick surrounded by four buttons. In shooting mode the joystick controls exposure compensation (left and right) as well as display mode and focusing mode (up and down). The four surrounding buttons activate the menu, playback mode, file deletion and the usual Kodak “share” mode, in which pictures can be marked for printing, emailing (with a built-in address book) or for inclusion in the Favourites album. The buttons on the top panel control flash mode, scene mode, movie mode and access the Favourites album. These buttons are illuminated, which helps when operating the camera in low light conditions. The zoom control is a rotary bezel around the shutter button. Overall the V1233 is very easy to use, and although I normally don’t like the word “intuitive” it really does apply in this case. 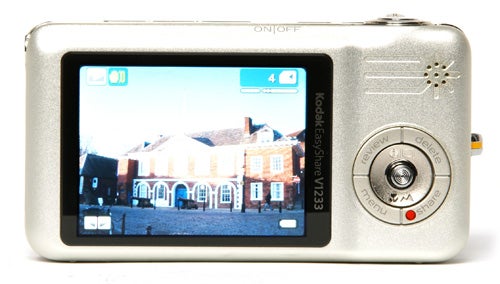 The LCD monitor screen is 2.5 inches with 230k pixels and a nice fast refresh rate of about 30fps, and although it is rather reflective the brightness is adjustable for use in bright sunlight. Thanks to the long, thin shape of the body there is plenty of room on the right of the screen for your thumb, and camera is comfortable and secure to hold. The V1233 is a point-and-shoot camera, and has a set of features that is about average for its class. The default shooting mode is full-auto, with a limited range of menu options. The menu is divided into three sections; the first offers only the basic options, including a two-speed self timer, a few colour options (high and low saturation, sepia or monochrome), single or continuous AF and image size. Like a lot of recent compacts there is no image quality (compression level) control. The second page of the menu offers more advanced controls, including focus area (multi-zone or centre), exposure metering mode (multi-zone, C/W or spot), white balance, ISO setting, sharpness setting and an option to turn off the red-eye pre-flash. As well as the main auto-exposure mode, the V1233 has 23 scene mode programs, including all the usual options such as portrait mode with face detection, panorama stitching, sports, macro, landscape and a variety of options to cope with unusual lighting conditions. It also includes a “digital image stabilisation” mode, but as far as I can tell this is just the usual ISO-boost function, providing a higher shutter speed in low light conditions, with the increased risk of image noise. The V1233 has a maximum ISO setting of 3200, but we’ll come back to that later. 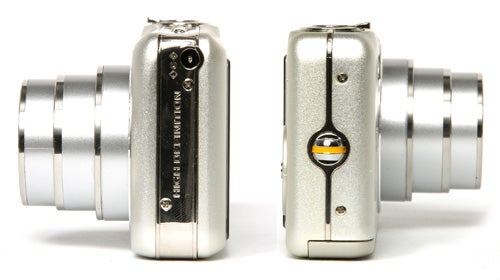 One unusual feature of the V1233 is its High Definition video mode, which can shoot in 1280 x 720 (720p HD) resolution at 30 frames per second, with mono audio. It can also pay back both video and stills in HD format, and can be connected to a HD TV via an optional HDTV dock. HD seems to becoming the new buzzword in the digital camera world, but it’s worth remembering that while 720p HD video is higher than the usual resolution available to digital still cameras (most are VGA), 1280 x 720 resolution still images are only slightly more than one megapixel.

So far so good, but unfortunately there are a couple of flies in the soup. The first is the performance. The V1233 takes just under three seconds to start up, which is a bit on the slow side, but if takes nearly five seconds to shut down again, which is very slow. The autofocus system is reasonably quick, and even works fairly well in low light thanks to an AF assist lamp. However the main performance bottleneck is the ludicrously slow speed at which the camera writes data to the memory card. It’s OK for the first three shots, but then it slows right down to a crawl. Even using a high-speed SanDisk Ultra II SD card, I found that it was taking eight seconds to write each file to the card, which is appallingly slow by modern standards. I normally find the shot-to-shot time by shooting a sequence of ten shots and then calculating an average, which normally takes around 30 seconds. In the case of the V1233 it took nearly a minute and a half. It does have a three-shot burst mode, but after shooting it takes 20 seconds to write these three files to the card, before it can shoot another burst. I have no idea why it should be so slow, since the JPEG picture files it produces are very small for a 12MP camera, averaging only around 2.4MB. 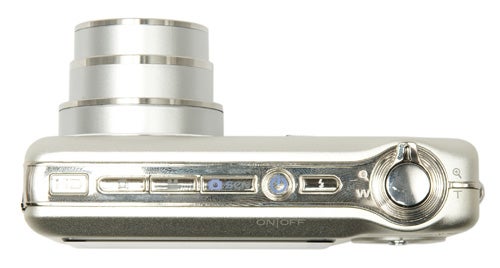 This leads me all too neatly to the other major problem, which is image quality. The whole point of a 12 megapixel camera is supposed to be superior picture quality, but the pictures produced by the V1233 are massively over-compressed, resulting in lots of JPEG artefacts which greatly reduce the level of fine detail and ruins the smoothness of any plain textures, such as the sky. The sensor is of the larger 1/1.8-inch type, as is the case in most of the current 12MP compacts, but as usual it suffers from extremely limited dynamic range, with very little shadow detail. It also has major noise problems, again in common with most other 12MP compacts, with noise clearly visible on 200 ISO shots. At 800 and 1600 ISO there were interference-like lines going right across the frame, completely ruining the picture, and the 3200 ISO maximum (available at 3MP only) was effectively useless. The V1233 has a Schneider-Kreuznach lens, which is usually a good thing, but in this case it produces significant barrel distortion at the 37mm-equivalent wide-angle end. The overall sharpness is pretty good, even in the corners of the frame, but this performance is wasted by the over-compression and image noise.

On the bright side, colour reproduction is very good, as is usually the case with Kodak’s Colour Science processing, but the exposure metering is not terribly accurate, producing significant under-exposure in many cases. 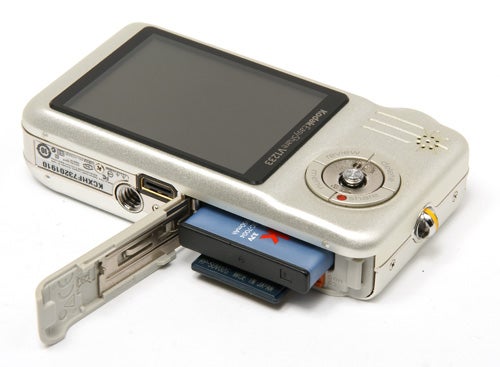 While the V1233 is a well-made, elegantly designed and easy-to-use camera with an attractive price tag for its specification, the woefully slow performance and inferior image quality make it a poor choice. If you really have to have a 12 megapixel compact (why?), then there are better ones on the market for not much more money. 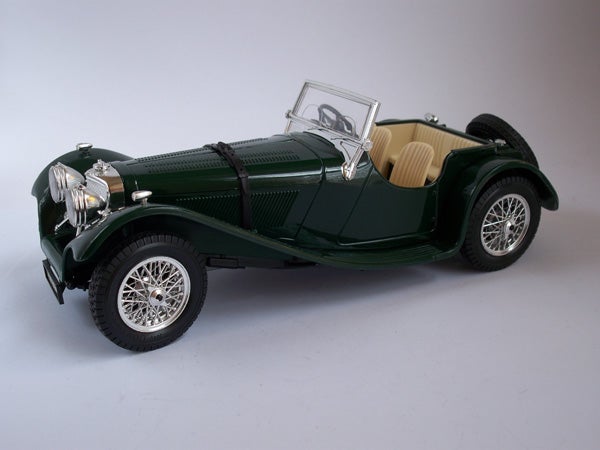 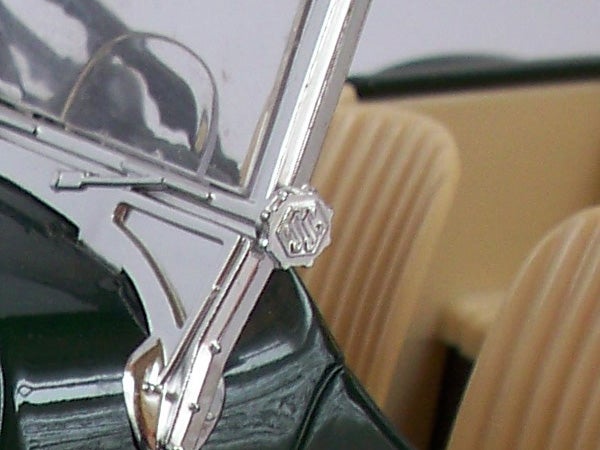 At the minimum ISO setting there is no noise, although there are some signs of the severe file compression. 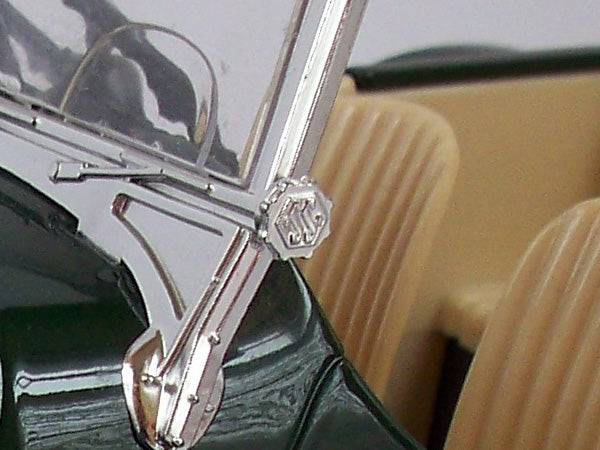 Even as low as 100 ISO there is some colour mottling visible. 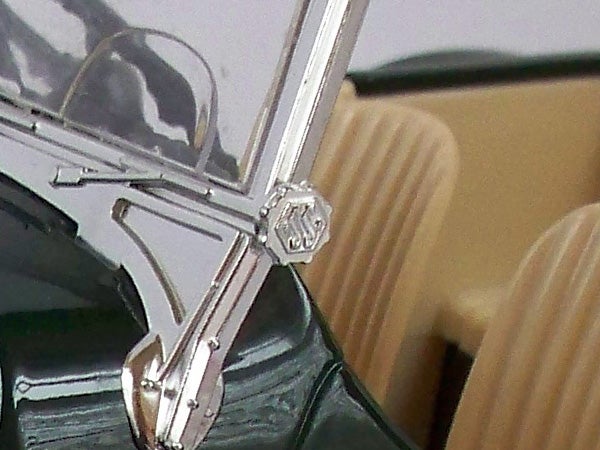 The noise reduction is already beginning to smear out fine detail at 200 ISO. 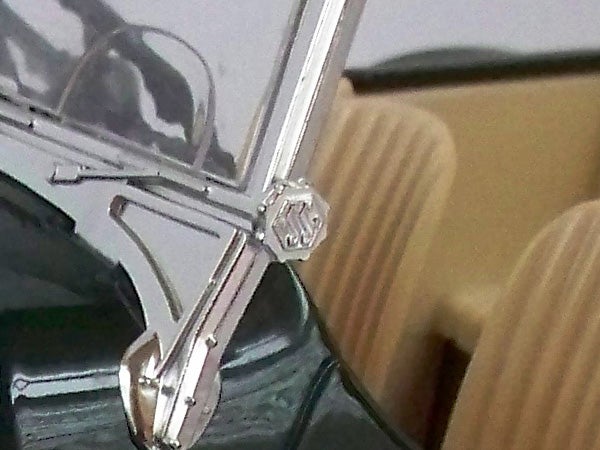 At 400 ISO colour reproduction is off, and the level of detail is even lower. 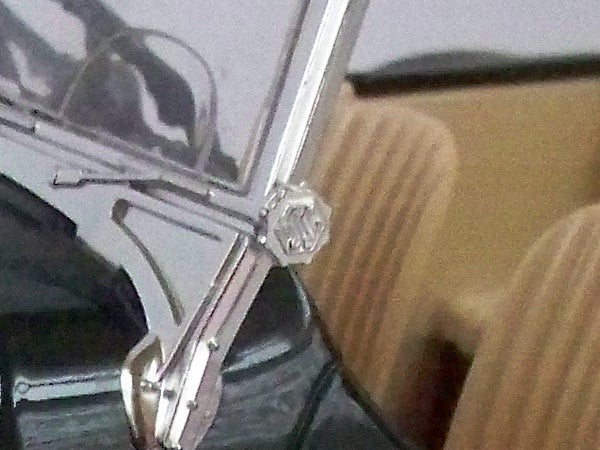 At 800 ISO, although not visible in this cropped image, there were lines of distortion visible right across the frame. 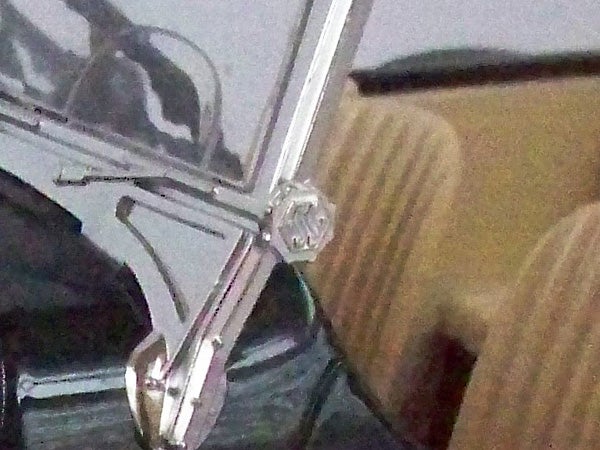 Image quality is extremely poor at 1600 ISO, the highest setting at full resolution. 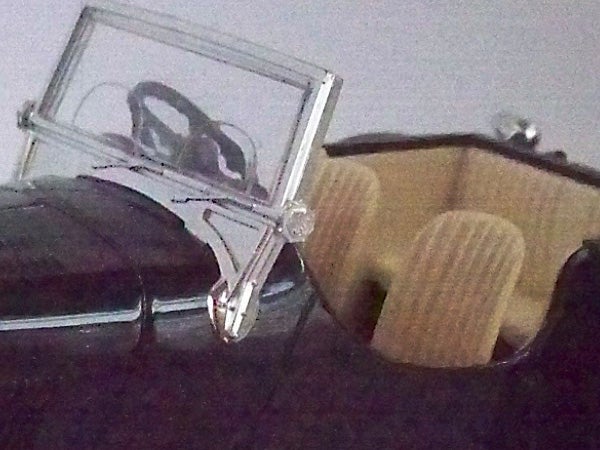 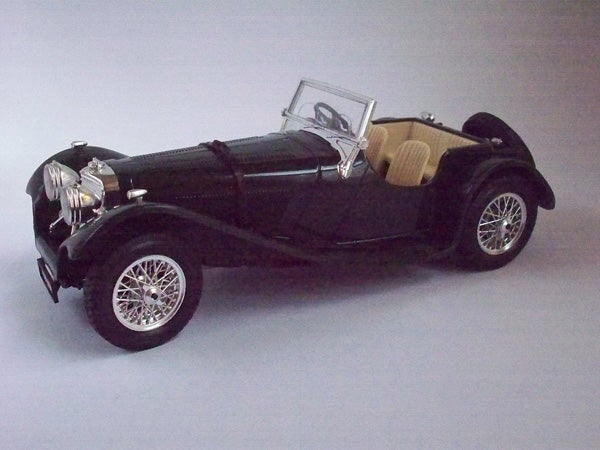 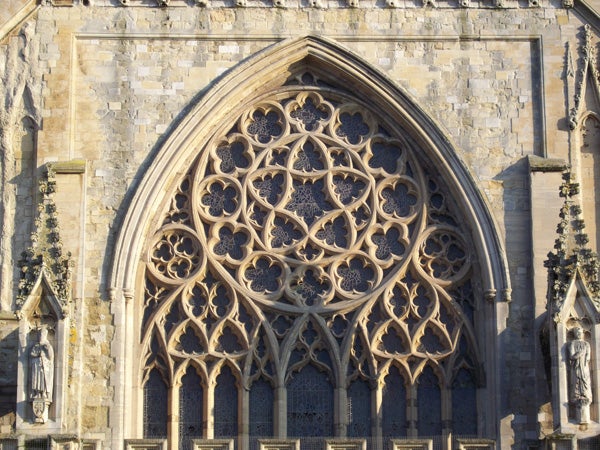 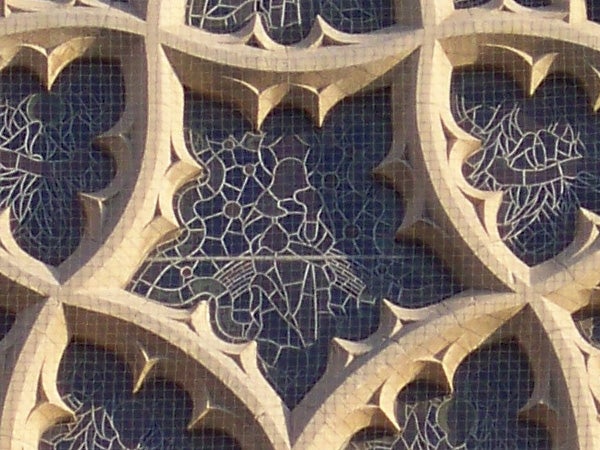 The high-res sensor and Schneider-Kreuznach lens produce good detail, but a lot of it is lost due to severe file compression. 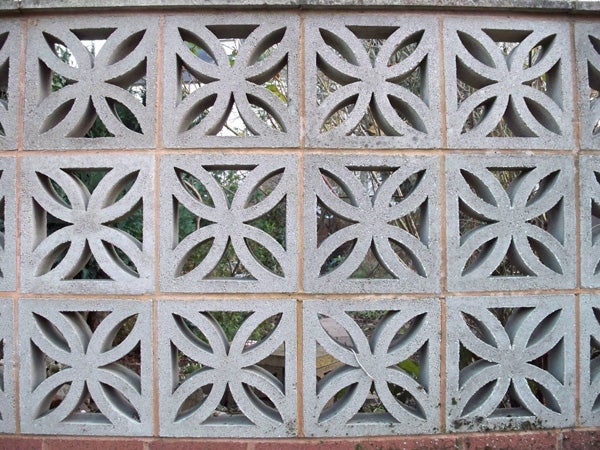 The lens does produce significant barrel distortion at wide angle. 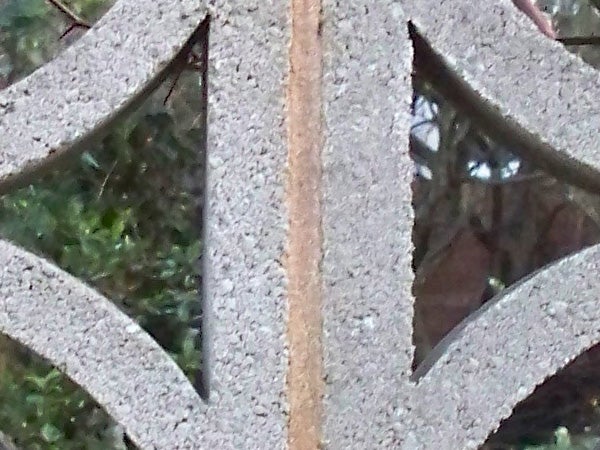 The sharpness at the centre of the frame is compromised by the file compression and image noise at 200 ISO. 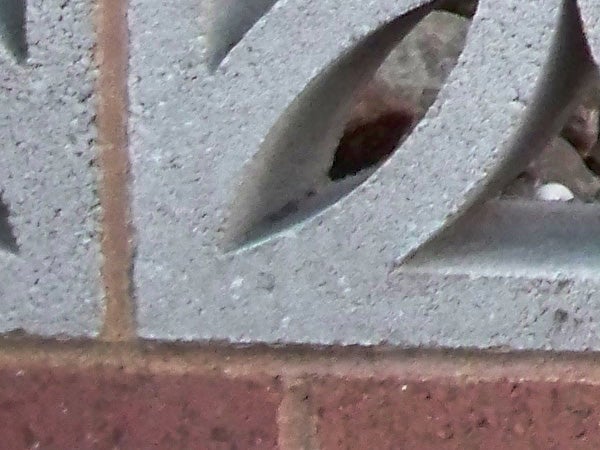 Corner sharpness is about the same. 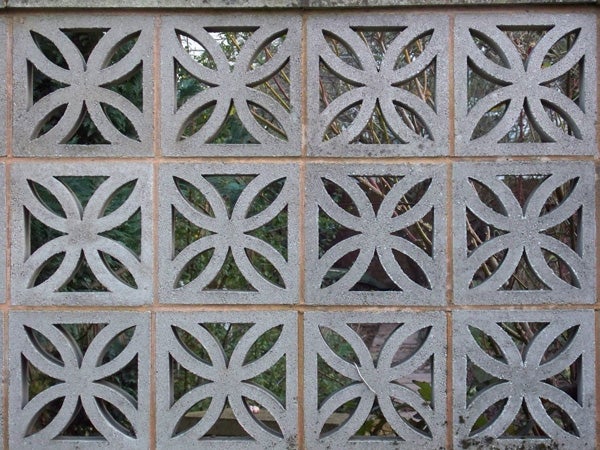 There is virtually no pincushion distortion at the telephoto end. 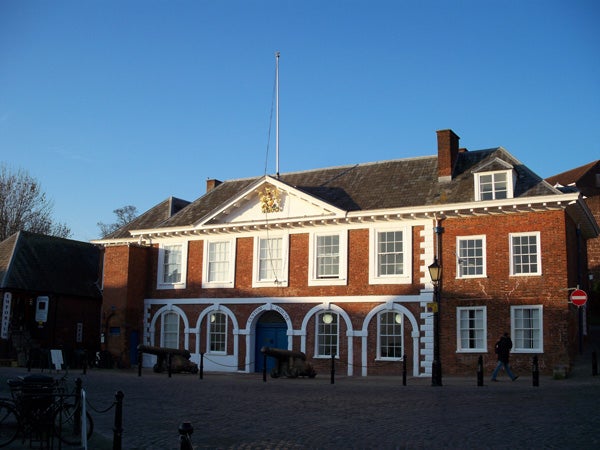 The wide-angle end of the zoom range is equivalent to 37mm. 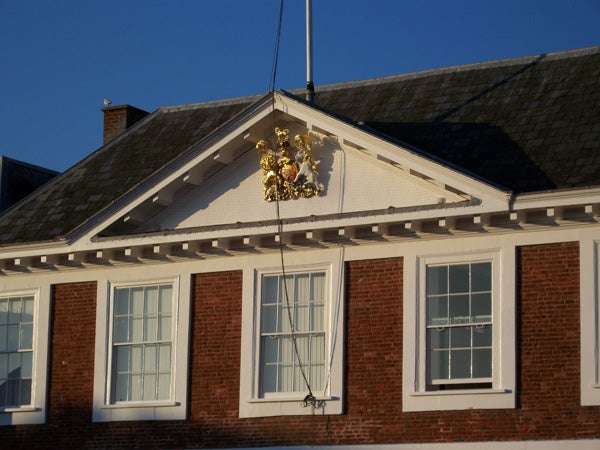 The telephoto end is equivalent to 111mm. Note the under-exposure in this shot. 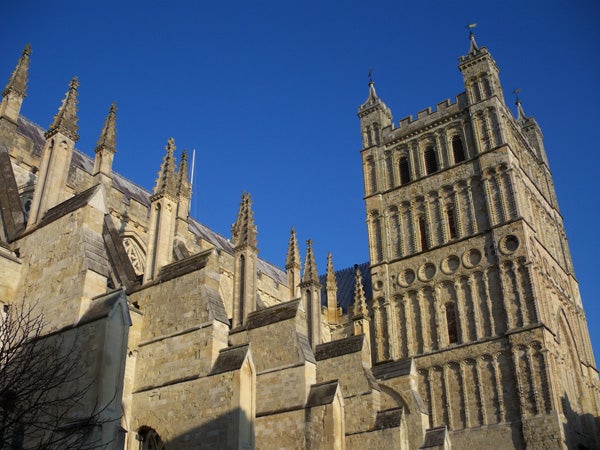 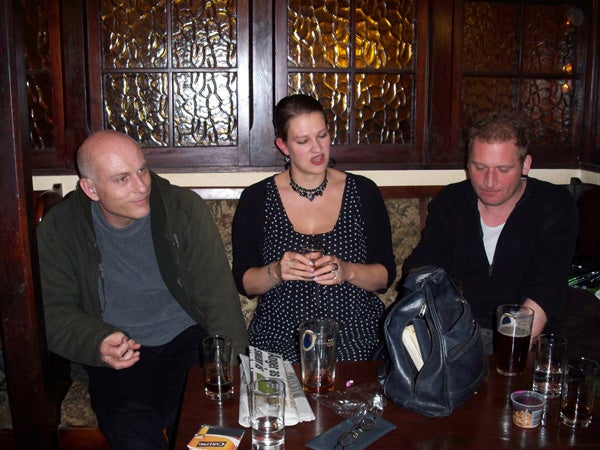 Flash coverage and exposure is good for indoor shots.