Convergence. It is at the heart of the tech sector and by and large many agree it is a good thing. Your smartphone may not last as long as a dedicated MP3 player or take photos to the level of a premium compact camera, but it means fewer gadgets in your pocket and potentially more money in your wallet. Folding eBook readers into the smartphone/tablet revolution therefore sounds like a great idea. Or is it?

The Kobo Vox is one of the first major brands to try and convince us it is. Forged under the same principle as the hyped Amazon Kindle Fire it dumps humble monochrome e-ink in favour of all singing, all dancing LCD, an Android core and basic tablet functionality. Like Amazon, Kobo has priced the Vox to heavily undercut fully fledged tablets as well and, unlike Amazon, it has released the Vox outside of the US which gives the hybrid a relatively easy ride in the run up to Christmas. As such Kobo is likely to sell units by the lorry load, which is a great shame because the Vox is an utter mess. 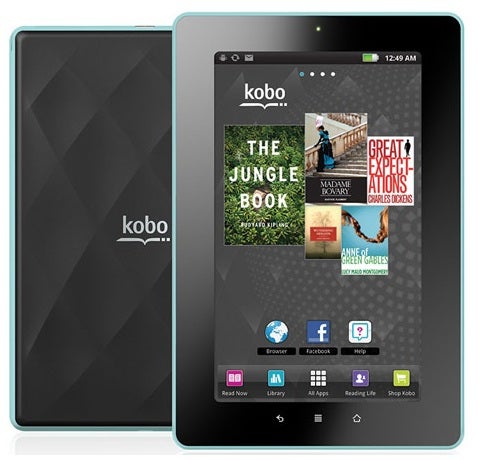 The cardinal rule in creating a good eBook reader is to have an excellent screen. Through its generations E-ink (and its derivatives) have fulfilled their role admirably with paper-like clarity that is easy on the eyes, a pleasure to read in sunlight and easy on battery life. By contrast LCD offers colour reproduction, greater speed and flexibility but is inherently more reflective, causes increased eye strain and has far greater power requirements. If you go down the LCD eBook reader route these are simple trade-offs you have to accept.

As such the onus is on manufacturers to fit high resolution, bright, sharp LCDs yet Kobo has fitted the Vox with a 7in plastic panel which not only displays lifeless, dull colours but has poor, pixelated text and extremely narrow viewing angles. The 1024 x 600 native resolution is not the flaw here, but rather the choice of a cheaper FFS panel ahead of the more widely used IPS. At least it’s a step up from your bog standard TN panel as used on some even more ropey tablets. 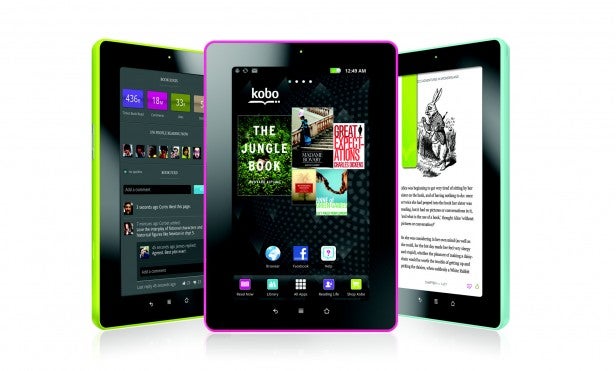 Certainly it is possible to read from the Vox, but in less than an hour our eyes were longing for e-ink or even the iOS Kobo app which takes advantage of the Retina Displays on the iPhone 4/4S and latest gen iPod touch or even the excellent IPS panel on the iPad/iPad 2. Kobo compounds things further as well by opting for a gloss finish to the display and a thick piano black bezel which means even indoors room lighting reflects heavily and a reading position needs to be chosen carefully.

For anyone buying an eBook reader primarily for, well… reading this will be the end of the matter. That said is the dream alive for an occasional reader who wants a cheap Android tablet?

In a word, no. As a tablet the Vox is woefully underpowered. Kobo has equipped it with an aged 800MHz Freescale i.MX51 processor and partnered it with 512MB RAM. Even with the phone friendly Android 2.3 Gingerbread at its core the Vox is sluggish in the extreme. Every action involves a delay, scrolling stutters and even turning eBook pages has a frustrating lag, despite the lack of any transitional animation. The unresponsive FFS panel doesn’t help, but regardless of the main culprit it all adds up to an unacceptably substandard user experience.

There are further poor external design choices too. In addition to the Vox’s gloss facia, Kobo has chosen a textured rubber
back which – while pleasant to the eye – is prone to picking up every bump or scuff and will not wear well long term. Meanwhile build quality as a whole feels cheap with squeaks and creaks as you use the Vox which hardly inspires confidence. 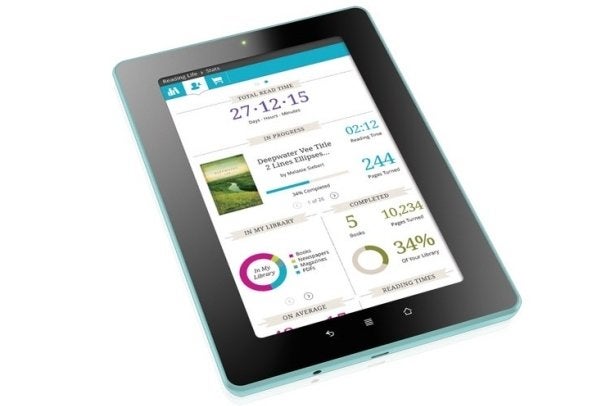 This is all something of shame. Rather than lambasting the Vox for being so disappointing we are frustrated at an opportunity missed. Kobo has an excellent, wide ranging eBook store with over two million titles and it has teamed with Zinio to bring with it a further 4,000 magazines. Pricing is reasonable, keeping inline with Amazon for the most part, and there are thousands of royalty free literary classics to be had. The Vox also supports the popular ePub standard (absent for Kindles) and in a rare example of hardware prowess, Kobo has also equipped the Vox with 8GB of storage (plus a microSD slot) so the potential is there for all to see.

Kobo has thought about the software too. As is often the case with custom Android builds, Android Marketplace has been removed, but there is a basic third party app store and reader “Awards” are available to encourage your blood shot eyes to keep going. At £169.99 the Vox is reasonably priced too costing as much as an 8GB iPod touch and little more than e-ink eReaders did a few years ago. 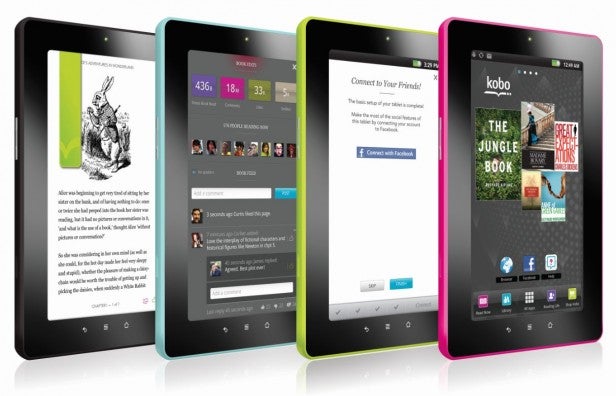 Despite this our sympathy is short lived as the Vox’s battery life hammered a final nail into an already industrially-sealed coffin. Kobo claims the Vox will provide seven hours of usage, but we found that optimistic with it dead inside five hours. When running standard definition YouTube videos on loop (it is not capable of HD) we were able to kill the Vox in well under four hours. Web browsing is a similarly sad tale draining the battery almost as quickly as video playback and notably grinding to a stuttering halt when navigating complex web pages. At least Android 2.3 means the Vox is detected as a mobile device which means less challenging website versions are loaded most of the time. This is a minor plus point however and with the Kindle Fire tipped to dominate Android tablet/eReader sales next year a cheap, credible alternative is needed. Sadly, even with the most forgiving eyes, it is impossible to see the Kobo Vox as it.

”’Verdict”’
With the Amazon Kindle Fire currently US-only, Kobo has missed a great opportunity with the Vox. As the only prominent LCD eBook reader in the run up to Christmas it will no doubt sell well, but satisfied customers will be few and far between. Navigation is tortuously sluggish, the display is second rate and the design materials lack thought. There is much promise in Kobo’s innovate take on eBook reading rewards and the Kobo store is very well stocked, but we can’t imagine any scenario where you’d want to use the Vox for long enough to enjoy either.