To say we were impressed with Klipsch’s Image X10 earphones when we reviewed them last year is something of an understatement. As Riyad wrote, and we all agreed behind the scenes, their killer combination of being not only among the better sounding single-driver earphones we’ve had our hands on, but also by far the most comfortable to wear, had us sold from the off. If there was one problem, and I’m clutching at the straw-iest of straws here, it was the price. For £170, there are plenty of better sounding models about, including Shure’s SE420s and Klipsch’s own Custom-3s.


However, being the clever fellows that they are, Klipsch’s engineers came up with a solution. Why not create a set of earphones that are almost as thin as the Image X10s, sound just as good and, crucially, are cheaper to make, enabling them to be sold for less? If you haven’t already guessed, the answer to that question surfaced as the Image X5 Noise Isolating earphones and the result is impressive.


On paper, it doesn’t sound like Klipsch has sacrificed much in order to cut some £30-40 off the Image X10s in making the X5s. A 2mm increase in diameter sounds like it will be all but unnoticeable, as does a 1.3g weight increase and a shorter frequency response – cut from 5-19Khz to 10-19Khz. The bundle is slightly different, too, as there is no large faux-leather case included with the X5s, but I can’t say I’ve ever thought to myself: “if only these earphones came with a case that could also fit my MP3 player in.” 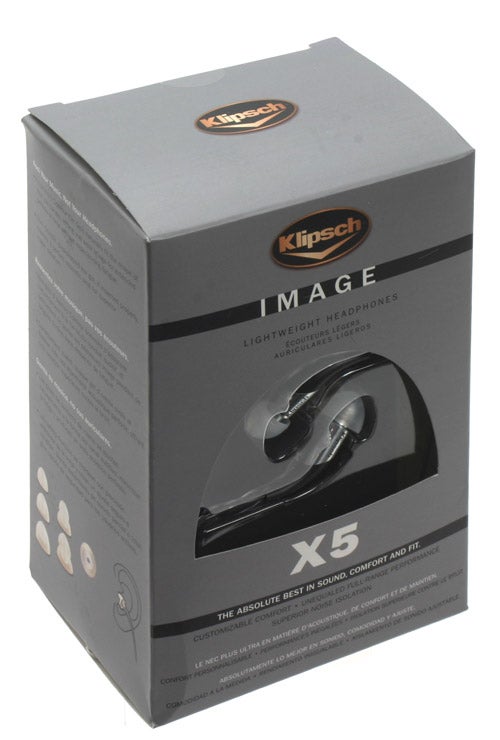 The finish on the Image X5 earphones is also different to that of the X10s. While the X10s sport a lovely copper body, the X5s ‘make do’ with aluminium. It’s purely subjective, but I think the copper is the preferable finish. Actually significant is that 2mm diameter increase, which is noticeable, even if you wouldn’t think it. 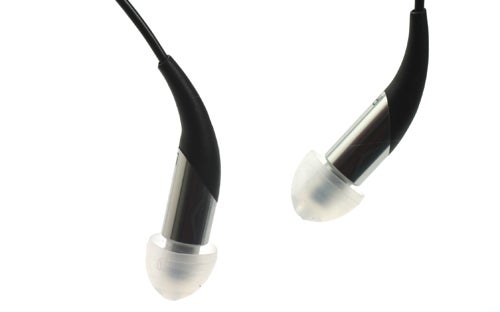 That said, it’s only in our fortunate position of having the X10s to hand that we can call out the X5s as being visibly fatter. These ever-so-slightly-larger Images are still incredibly thin compared to any other set of earphones you could care to name and in the ear the difference is almost unnoticeable. The extra width of the X5s does mean that they push on the lower lobe ever so slightly which the X10s didn’t and in a blind test I found myself able to accurately guess which pair of ‘phones was which.


But, and this is a big and important but, to call the Image X5s uncomfortable would be doing them a disservice. Yes the extra thickness is visibly there and, indeed, can be gauged on comparison, but the X5s are still wonderfully comfortable.

As the Image X5 earphones maintain the X10s reputation on the comfort front, so too do they on the listening front. Pick the right set of silicone tips for your ear from the three sizes of single- and two of double-flanged options available and the level of sound isolation is impressive. Well, apart from with the smallest tips which basically mean the Images are pressed right onto the eardrum itself. Foam will still give a better seal, but I was able to remain blissfully unaware of the goings on in a train carriage during a trip into town – which is about as good as any earphones need to be, surely?


Once fitted, the sound produced by the X5s is similar to that of the X10s by being surprisingly good – a compliment I assure you. Again, the Images managed to produce an uncannily pleasant sound from such small drivers. However, there is a difference between the X5s and X10s aurally and despite common convention telling me that bigger is better when it comes to speaker technology, if I had to decide, I’d say the X10s sound a little better. 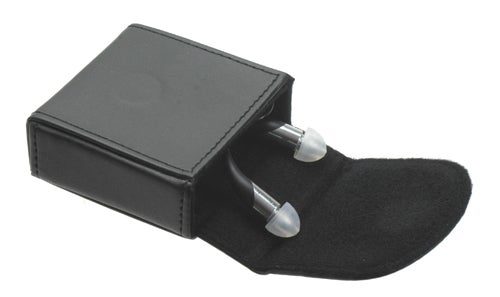 Don’t for a second think I’m suggesting the X5s don’t sound good, because they do. The eminently catchy electronic beats and Imogen Heap’s beautiful lyrics on Frou Frou’s Let Go are reproduced with surprising punch from what are, let us not forget, tiny earphones. However, the same track on the X10s seems just that little bit fuller with a smidgeon more accuracy in the low end, not to mention a bit more bass that rounds out the sound nicely.


A few plays through Paramore’s Decode and ICaught Myself from the soundtrack to the recently released Twilight showed a similar story. While both earphones reproduced the Apple Lossless tracks I was feeding them as faithfully as could be hoped, the X10s just managed to take the edge, again, simply by giving a fuller sound. 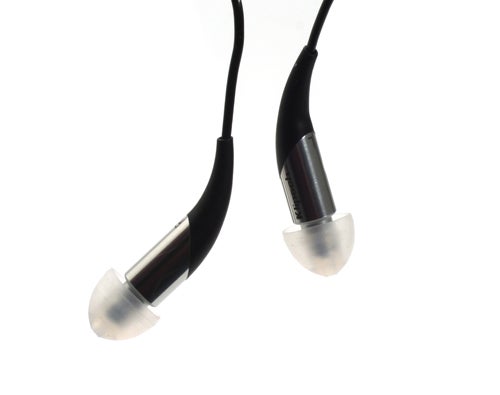 With a couple of lossy tracks, namely the entirety of AFI’s decemberunderground album and Rihanna’s Good Girl Gone Bad (call it a guilty pleasure if you must), the gap was definitely closed, by shear dint of there being less detail in the files for the Image X5s and X10s to work with. And away from a quiet comparative environment the gap becomes non-existent.


Having used the Image X5s as my day-to-day earphones for the best part of a month now, I can’t say there was any point that I found myself wishing I had the X10s with me instead. Add in the £30 price difference between the two pairs of earphones and it’s not hard to decide which I would recommend to a friend. Especially as, unlike the X10s, the X5s aren’t in the price range of a large number of significantly better sounding, if much less comfortable, alternatives.


Klipsch made something special with the Image X10s, but their benefits came at a slight premium. While a couple of sacrifices have been made to hit the lower price point of the X5s, they’re far from crippling. Ultimately the Image X5s sound almost as good as the X10s for around 80 per cent of the price and that’s what matters in my book.