What is the KitSound Boom Evolution?

Boom Evolution is a 2.1 sound system designed to breathe life into music from your smartphone and other portable devices. It’s an upgraded version of KitSound’s BoomDock, replacing its now obsolete pre-Lightning iPod dock with aptX Bluetooth and upping the power to 110W, all of which explains the Evolution moniker.

Boom Evolution is a fine-looking speaker with a luxurious fit and finish in most areas. The heavy, robust wooden chassis is clad in a gorgeous gloss-white lacquer (also available in black), while the front-firing speakers are hidden behind chic white speaker cloth.

At 420x280mm, it takes up more tabletop space than most Bluetooth speakers, and it sits on four fairly tall feet that give the downward-firing subwoofer room to breathe.

At first sight it’s easy to mistake the Boom Evolution for a projector, due to its rectangular shape and silver volume dial on the front. In the middle of the knob is a circular display, which shows the current volume level (0-60) in large digits and the selected input. 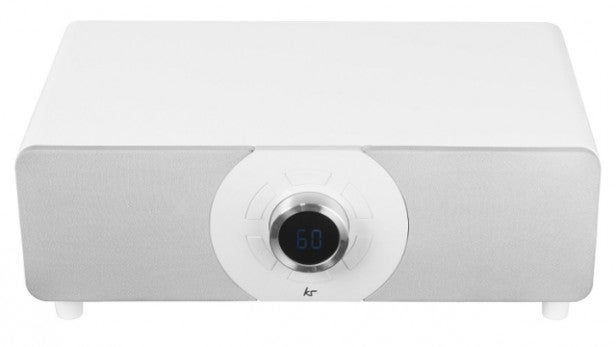 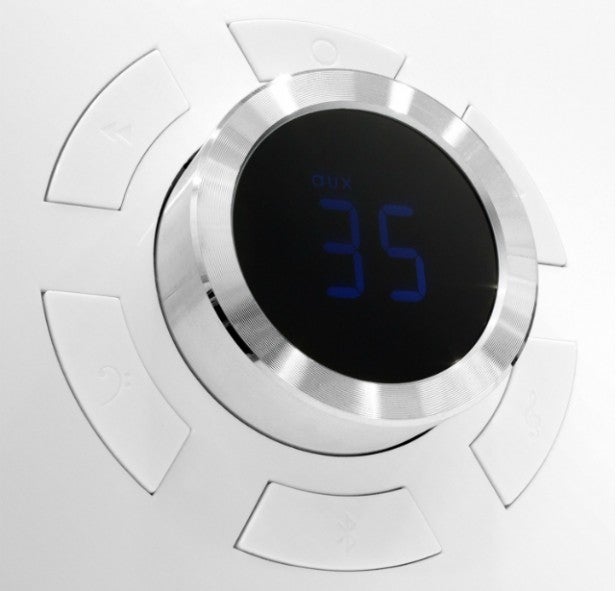 Surrounding the dial are six buttons that govern input selection, track skip, bass/treble controls and Bluetooth pairing. Build quality here is below what we’d expect for the money – the buttons have a cheap, plasticky feel and the volume dial could be smoother and weightier.

Since the Boom Evolution is Bluetooth focused, there aren’t many inputs on the back. You get analogue RCA input and output, the latter of which allows you to pipe sound to other speakers. KitSound also throws in an RCA-to-3.5mm adapter cable, and the line-up is completed by a USB port that allows you to charge your devices. An optical input for connection to a TV, for example, would have been
useful but isn’t essential, likewise a 3.5mm mini-jack input.

Bluetooth version 4.0 and aptX supports are obviously the key features here, but there isn’t much else to report, aside from bass and treble controls, which range from -6 to +6. 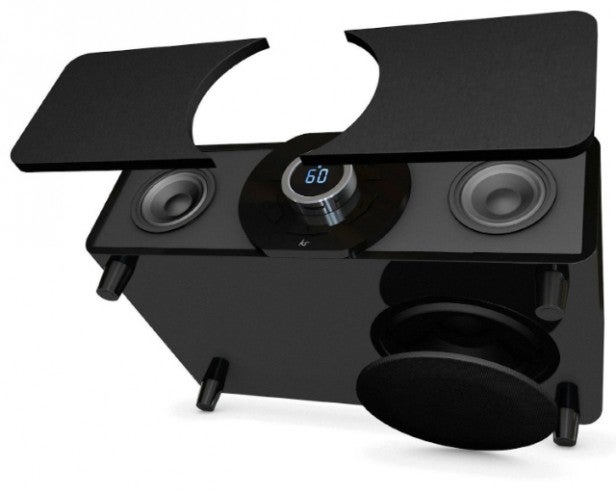 Boom Evolution uses two front-firing 3in speaker drivers, each delivering 30W of power, and a 6in subwoofer that offers 50W. This adds up to a total power output of 110W. Bass airflow is managed through a port on the back.

In the box is an unusual round remote, which mimics the layout of the front-panel controls. The rubber buttons are nicer to use than the plasticky front keys, but the circular shape sits a little awkwardly in the hand. You can use it to skip tracks and pause the music.

Bluetooth pairing is quick and hassle-free: the Boom Evolution found and linked with our devices on our first attempt. Bass and treble are easy to adjust – just hit the bass or treble button and use the volume keys to increase and decrease levels. The input button lets you quickly switch between Bluetooth and Aux.

KitSound wasn’t kidding when it called this speaker “Boom” – there’s some proper firepower within these walls. It’s capable of going nice and loud when called for, but the Boom Evolution’s greatest asset is bass. Its deep, sumptuous low frequencies result in a warm and weighty sound that easily fills the room.

If anything, there’s too much – we had to reduce the bass level to improve the overall balance. However, one this was lowered to -1 or -2, bass notes remained tight and there wasn’t much muddiness to stifle the clarity.

We won’t pretend it’s the smoothest or most insightful performer we’ve heard, but if you’re a fan of high volumes and thumping bass then you’ll be very happy with what the Boom Evolution has to offer.

We played a range of tunes to test its mettle and the Evolution equips itself well. The joyous soul groove of Got To Let My Feelings Show by Bluey is a delight – the KitSound delivers the crisp, slapping snare drums and tight, punchy bassline with aplomb. 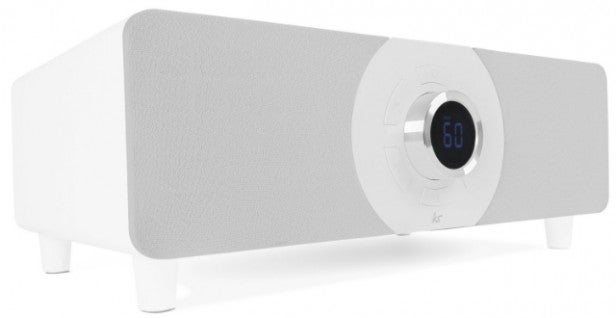 Moving to the bubbly ska rendition of You’re Wondering Now by Amy Winehouse, the track sounds tight and rhythmic, with hissing hats and pleasing attack to the off-beat guitar plucks. We defy anyone not to be moved by the KitSound’s sheer energy and drive.

However, a lack of smoothness and polish lets the side down slightly. Cymbals and hi-hats are clear and airy, but there’s a slightly hard, sibilant edge that increases when you hit higher volumes. It’s the only real downside of an otherwise entertaining performance, but it stops the Boom Evolution from reaching the heights of the best Bluetooth speakers. 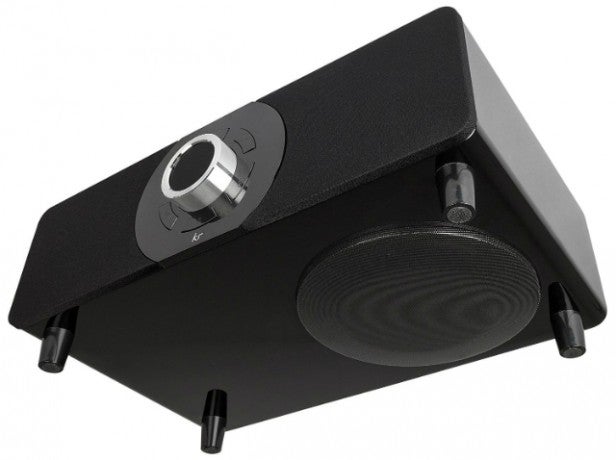 Should I buy the KitSound Boom Evolution?

Boom Evolution’s powerful, bassy sound combined with its tempting price and alluring lacquered design make it a solid purchase. Sparse connections, patches of below-par build quality and a lack of sonic smoothness take the shine off somewhat, but on the whole this is a solid Bluetooth speaker.

Powerful sound and attractive design make KitSound’s Bluetooth speaker a tempting option, but a few flaws rain on the parade.