What is the KitchenAid Diamond Blender?

The KitchenAid Diamond Blender is for those who like their sauces and soups smooth and their smoothies even silkier. A more mature version of the loveably retro Artisan Blender, the Diamond offers greater capacity and a host of handy functions that enable it to tackle almost any food that’s popped into its pitcher. Hot food and ice are its speciality, but it also promises to speed through lumpy gravy, frozen food, fruits, vegetables, meat, biscuits and bread. 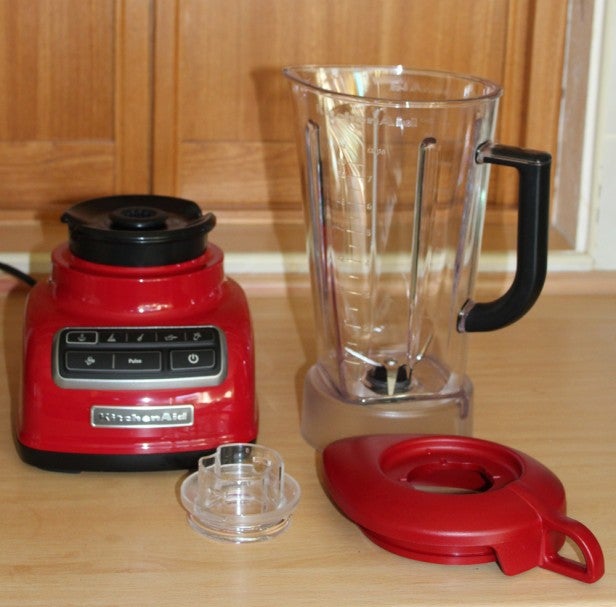 Called the Diamond for its durability as well as its faceted jug, this blender has inherited some design features from the Artisan blender, but most are new additions.

Gone is the glass jug, replaced by a lighter plastic pitcher with four blades. Its capacity is far more generous at a large 1.75 litres, with clearly visible measurements on the front and back (in cups/oz and ml/l), a tight-fitting push-on lid and detachable measuring cup.

The buttons on the front panel are sleeker and more angular, and while the functions are represented by symbols, they’re easy to understand without checking the manual. Five buttons across the top control the main functions – Hot Food, Chop, Mix, Puree and Liquify – while Crush Ice and Pulse sit to one side of the power button.

The base itself, as with most KitchenAid models, is made from die-cast metal in one of four colours: Empire Red, Onyx Black, Almond Cream or Contour Silver. A handy cable store underneath takes care of any extra flex, which at 114.3cm, helps to give several options for where the blender’s used.

Footprint-wise, the machine is relatively compact compared to most, but it’s tall to accommodate the capacity of the jug, meaning it may have to live on a worktop instead of in a cupboard, unless it’s disassembled. It weighs an average 4.5kg, so moving it around isn’t too arduous.

While there isn’t a recipe book included, there are plenty of tips for getting the best results from different foods – such as making baby food or pancake batter – in the instructions. 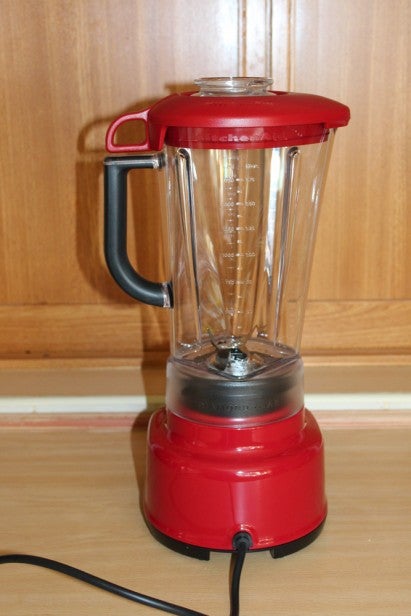 Putting the machine together is an intuitive process – the jug swivels securely into the base, its lid pushes on top until it’s clearly in place and the measuring cup twists in. The lid features a loop to remove it and there are no interlocking grooves, which makes taking it off far easier. It also fits over the spout, so there are no splashes.

We started by using the Chop function on carrots. While dropping them in intermittently worked at first, the Diamond chops finely and the prepared carrots began to clump, holding onto larger chunks that had spun away from the blades. Starting with a larger amount and scraping between uses gave a better result, although it wasn’t as consistent as a food processor. 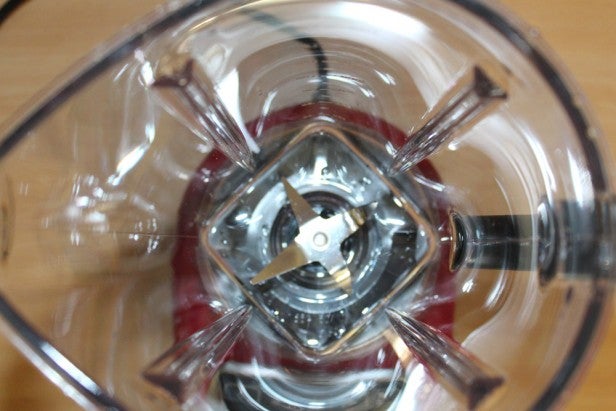 The Hot Food function performed far better. It runs as a programme, starting slowly at 2000rpm and rising to a breathtaking 11,500rpm. The top speed is incredibly loud for the short time it’s running, but the consistency of the steaming carrot and lentil soup we’d put in was sublime – thick, viscous and impressively restaurant-standard. Scraping the jug out while avoiding the blades is a little awkward, but the straight sides make it easier.

Next, we tried the Crush Ice function. A pulsing programme, it again has a slow start that transforms cubes into a fine snow without turning it to water, making it ideal for flavoured slush and cocktails. Finally, we used the Liquify function to make frozen yoghurt from pre-frozen plain yoghurt and fruit. While this took a little longer than crushing ice, the result was smooth and still partially frozen, needing only a little extra time to refreeze solid.

Cleaning afterwards was simple – it’s both suitable for washing by hand and dishwashing, plus the durable finish of the base means it only needs a quick wipe over to remove any residue. 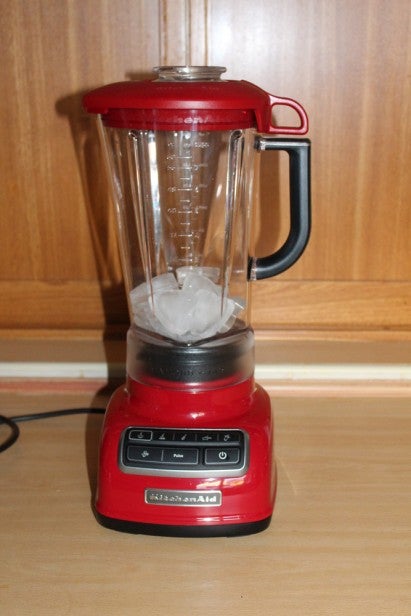 Should I buy the KitchenAid Diamond Blender?

There’s no denying that there are lots of blenders on the market, but there are far few that are as well thought out and robust as this one. Rather than a one-speed-fits-all approach, the Diamond’s tailored programmes take the guesswork out of daily food preparation – essential if you’re keen to achieve effortlessly smooth results every time. A host of design features make it easy to use, plus there are some elements, such as its leak-preventing one-piece pitcher and its snugly fitting lid, that ensure it’ll still be blitzing through food in years to come.

Offering reliability, power and functionality without a high-end price tag, the Diamond Blender could be a cook’s best friend.