After the disaster that was Call of Duty: Black Ops Declassified and the rather disappointing Resistance: Burning Skies, the PS Vita really needs a strong FPS addition to its games line-up.

Does Killzone: Mercenary deliver the action, storyline and gameplay competency to become the best FPS on the Vita? 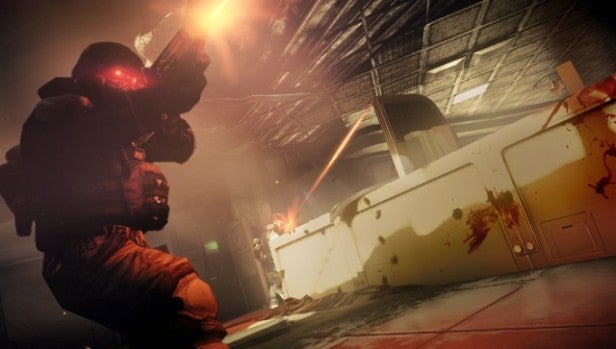 You play as Arran Danner, a mute mercenary who gives little away about where his allegiances lie. This makes for a more unpredictable storyline, as he takes jobs from anyone just for the money. You end up working for both the ISA and the Helghast, which makes for some great jovial dialogue.

The characters are well fleshed out and interesting, far from what we expected of the PS Vita title.

Unfortunately, the main storyline is very short. It can easily be completed in a five hour stint. Thankfully, Guerilla Games has introduced new gameplay modes that will make you want to dip back in and out of it.

Each of the nine missions within the main storyline has three Contract modes attached to it: Precision, Covert and Demolition. All three require you to complete the mission within a certain parameter, whether it’s a time limit, protect or kill a specific target or only using a certain weapon.

All of these make sure the game keeps you occupied beyond the main storyline. 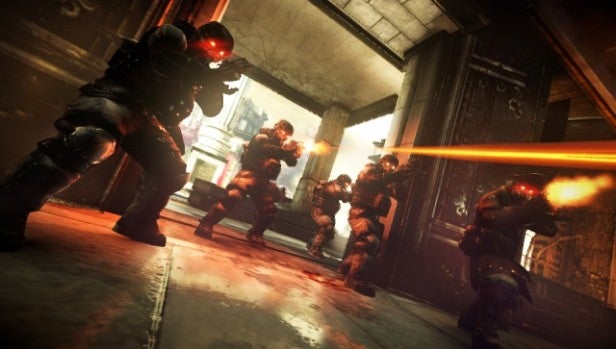 Of course, the PS Vita doesn’t possess the graphical prowess of its beefier brother, the PS3, but the graphics of Killzone: Mercenary certainly give the home console titles a run for their money.

The game isn’t rammed with cutscenes, with Guerilla Games opting to focus on the missions. As soon as you start playing, you’ll notice the graphical fidelity of the weapons themselves, which adds another layer of realism to the game. Meanwhile, explosions, flaming embers and crumbling scenery is depicted in hi-res glory that will leave you feeling completely in awe of the PS Vita’s power and occasionally forgetting it’s a handheld title rather than full PS3 game. 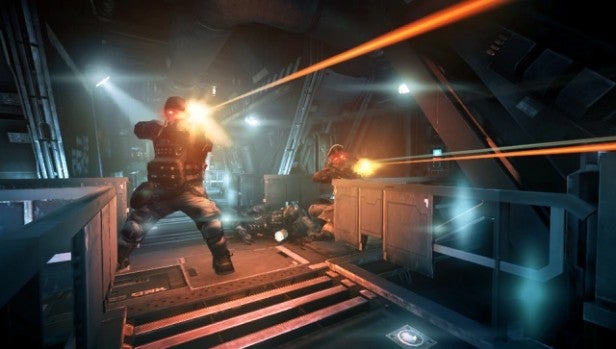 What’s great about Killzone: Mercenary is that it feels like any other Killzone game on the PS3. Nothing has been rushed or compromised in the move to the PS Vita. In fact there’s new aforementioned gameplay modes and features exclusive to the handheld console.

It’s not just a straight port with a couple of new features. Killzone: Mercenary certainly has its own distinct feel. One of the new additions is the weapon stores that appear in little crates throughout the game. Manned by a dealer known as Blackjack, there is a range of weapons, armour and other items to buy using the in-game coin, all generated by completing tasks, killing enemies and other actions.

Another great new addition is the VAN-guard system. This offers you a series of eight special abilities to attack enemies from a safe distance. There’s remote controller robots that will knife enemies from behind, another that will electrocute foes or remote-controlled missiles, just to name a few.

The frenetic action and explosions keep the pace up and stop the game from feeling stale. Regardless of the number of enemies, the game never lags, relying on the PS Vita’s processing grunt to power the frantic action of each level and pulling it off excellently.

The innovative control system is unique to Killzone: Mercenary on the PS Vita. Following in the lines of the classic FPS, the control system has been well transferred to Sony’s handheld console. 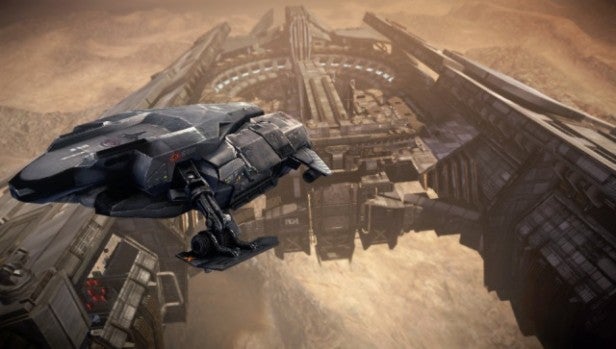 Movement is clean and smooth, but unfortunately the game would benefit from the addition of the L2 and R2 buttons missing from the PS Vita itself. Actions such as throwing grenades and other functions are limited to the touch screen, which can be a tad fiddly in the heat of battle. As the dual analogue sticks don’t click in either, you can only run by using circle (which also allows you to crouch and cover) or the rear touchpad, which again is a awkward when things get tough.

Semi-QTE style, the melee attack is initiated by hitting the triangle button when near an enemy. You then have to swipe the touchscreen in the direction shown to attack. This can often have comic results, as you’ll occasionally hit them in the proverbial crown jewels.

You can also use the in-built gyroscope in the PS Vita to aim down the sight of your weapon, but obviously this is only useful when playing Killzone: Mercenary at home, as on any public transport it may be a little difficult. 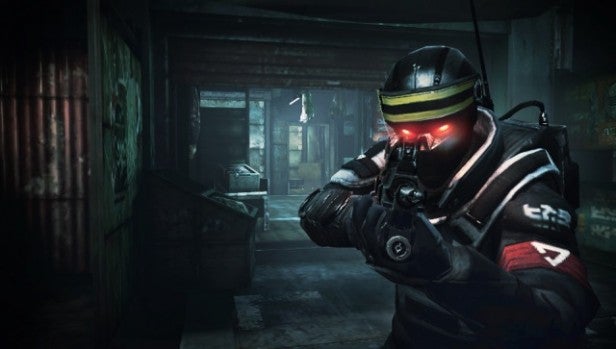 At the time of writing there was only a beta for the Killzone: Mercenary multiplayer available. However, from our brief encounter with other gamers, the PS Vita title was responsive, high-paced and had the potential to add more longevity to the game.

There are only three multiplayer modes though. Mercenary Warfare is the deathmatch equivalent, Guerilla Warfare provides the team deathmatch perspective and Warzone is an objective-based affair.

Warzone is probably the most engrossing as it involves completing five tasks, with the team scoring the highest points declared the winner at the end. It’s a little bit different to your average multiplayer experience and a welcome addition to the PS Vita as a whole.

Killzone: Mercenary isn’t just one of the best FPS titles on the PS Vita, it’s the cream of the crop. It offers the premium AAA-grade console game experience on Sony’s handheld title and the multiplayer will keep you going long after you’ve battled through the compelling main storyline.