What is the Multipro Sense Food Processor?

It might almost be easier to start with a list of food prep tasks that the Multipro Sense can’t perform, such is its long list of capabilities. It can’t crack eggs, but it will whip them, fold in sugar to make meringue, and mix them into a cake batter. It doesn’t peel vegetables, but it will chop, dice, grate and slice them in multiple ways. It can knead bread dough, whisk liquids and blend smoothies, soups and batters. All this via one base unit – which will even weigh your food as you go – and an extensive range of tools. 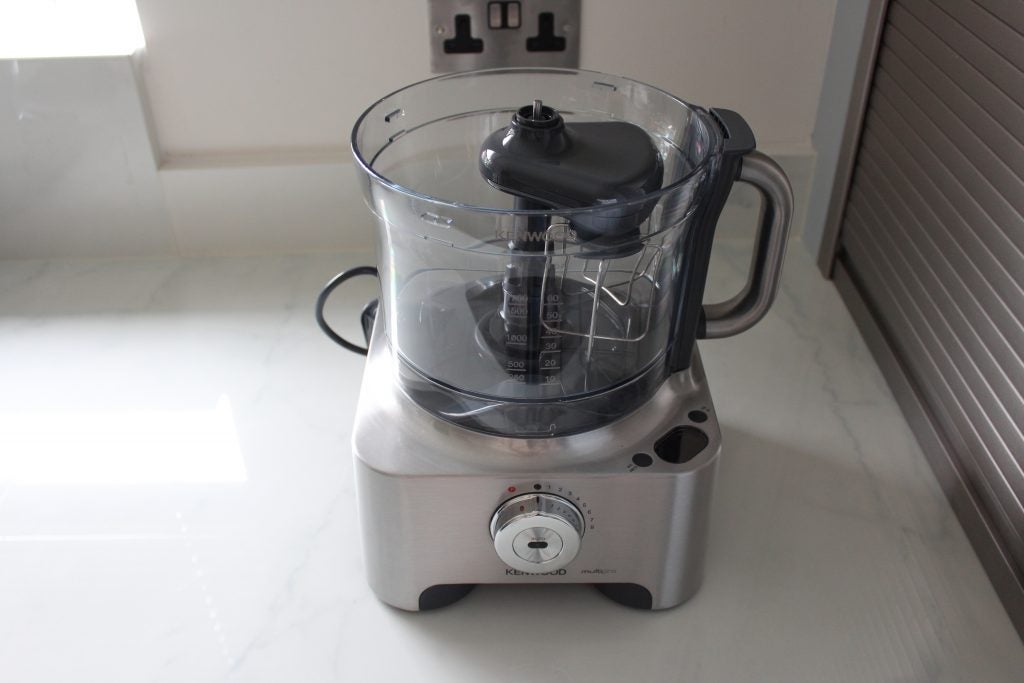 There are two things stand out about the Multipro Sense. The first is its vast range of tools and the second is the weighty base unit. The latter isn’t the most suitable for lifting in and out of cupboards, so the Multipro Sense would be better residing on a worktop. I presume that part of the reason for this is stability when handling heavy loads, but also because this food processor functions as a set of scales. To this end, it features an LCD panel, with buttons for switching between metric and imperial, and resetting the scale.

Eight speeds plus pulse adapt the power for different attachments and tasks. An Auto button in the centre of the control dial eliminates the guesswork, which is convenient if the manual isn’t to hand. Also useful is a light that flashes on the machine if the lid isn’t properly fitted. At the rear, the base accommodates storage for the cable. 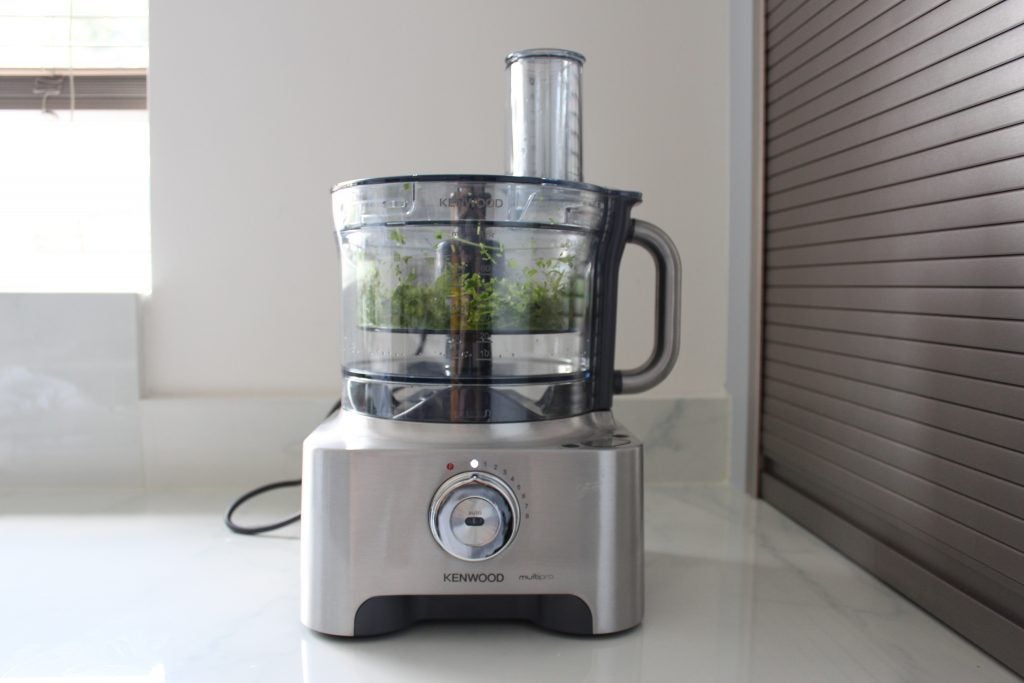 Multipro Sense Food Processor – What’s it like to use?

One thing that would make the Multipro Sense better would be a quick-start guide or a cheat sheet – simply because there’s a lot of kit and it can initially be quite overwhelming. However, as I started to use the processor, things became more intuitive.

I started by using the blender, which twists into the centre of the machine. Adding frozen berries, milk and ice cream to the jug (a recipe taken from the included book), I blitzed this at the top speed for 15 seconds. It was noisy, but the resulting milkshake was frothy and free of lumps. Minute particles of fruit skin, which would normally be tricky to remove, could be cleaned away easily since the blades detach from the jug.

Next, I opted for the main bowl and the knife blade, which doesn’t require the drive shaft and therefore maximises the room in the bowl. Adding quarters of onion, I used the pulse function to chop it finely in a few bursts. The process visibly shook the machine each time, but the suckers on the base of the Multipro Sense kept it firmly in place on the worktop. The chopping was consistent, with no chunks remaining. Emptying the bowl was made easier by its robust handle. 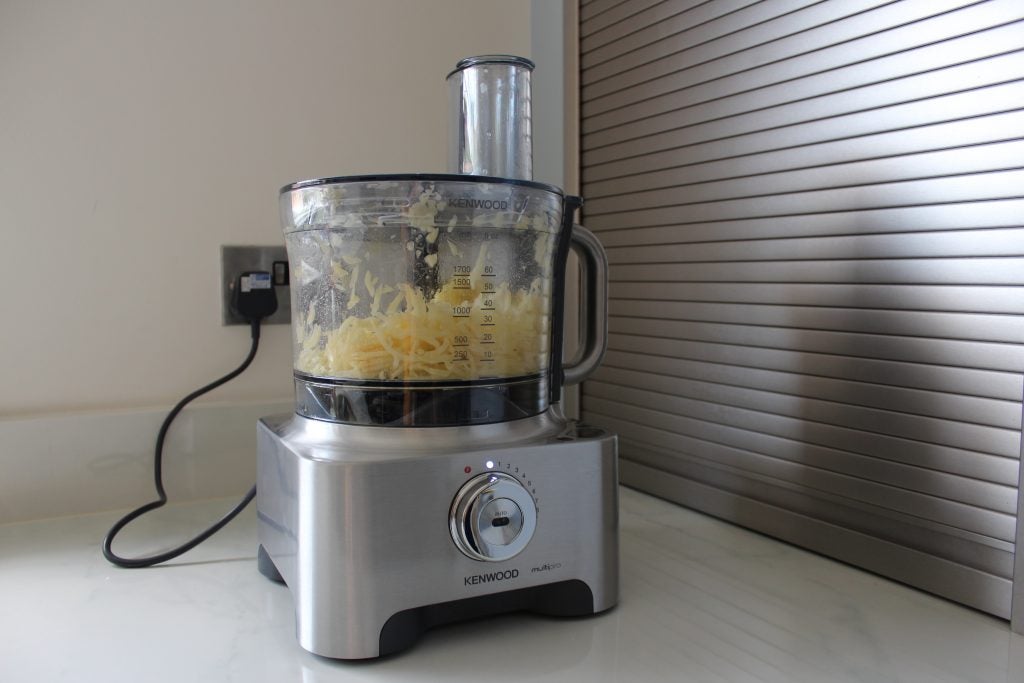 The drive shaft was required for the decorative slicing disc, which is serrated to produce fluted slices. There are two size options for the lid’s feed tube: wide and narrow. I used the latter to slice up some carrots. On speed 5, I began to feed the carrots into the tube. However, since they were of varying widths, one became stuck, so I had to switch to the wide feed tube. This produced some longer slices than the previous narrow carrots.

Next I switched to the Julienne disc accompanied by the wide feed tube. I used the machine to cut chunks of potato into fine matchsticks, perfect for making rosti. Using speed 8, the disc whizzed through the task with ease. There were some waste pieces remaining, but considering that it took only seconds to complete a task that would be time-consuming by hand, this felt like a good trade-off. 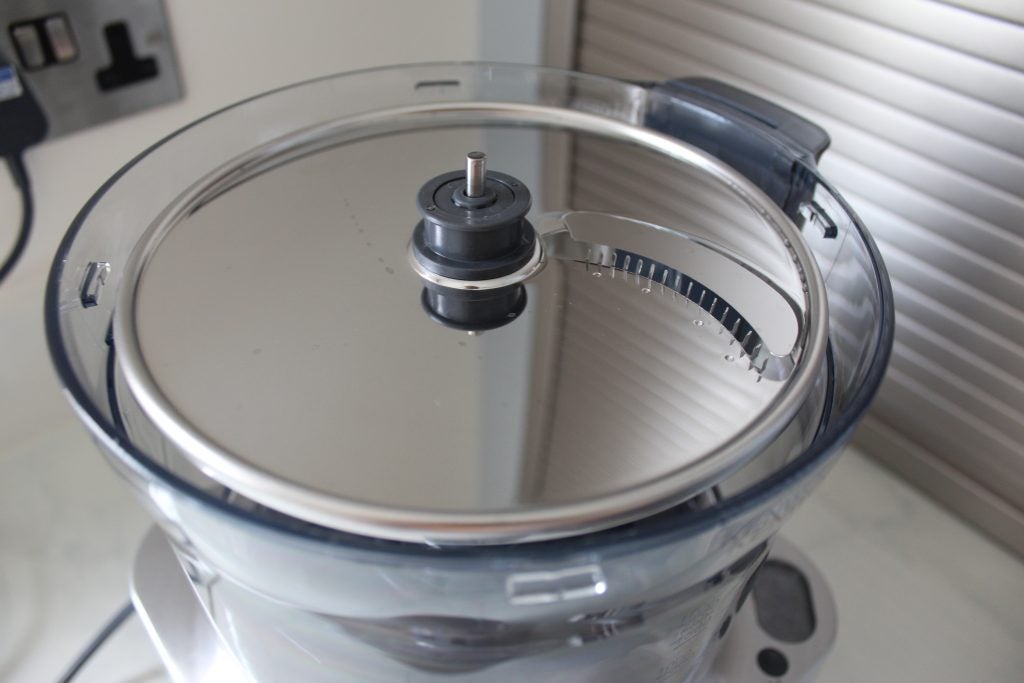 I then used the mini bowl and its blade to chop parsley on Auto. In seconds the parsley was finely processed – but as was the case with the other speeds, the machine doesn’t stop when the task is done, so requires supervision. This task was more arduous in terms of the number of items that needed cleaning – but it would certainly save time chopping nuts or making mayonnaise.

While the weighing function proved handy for measuring ingredients as I processed, the tray on its own was awkward. I used it for weighing out some sugar, but when it came to decanting it into a bowl, the tray’s wide lip resulted in it spilling. I finished by using the dual whisk with its dedicated drive to beat eggs on Auto. Although the bowl felt a little big for this small task, after a minute or so the eggs had turned a consistent colour and were light and foamy. A few items weren’t dishwasher-safe, but all parts were easy to clean by hand. 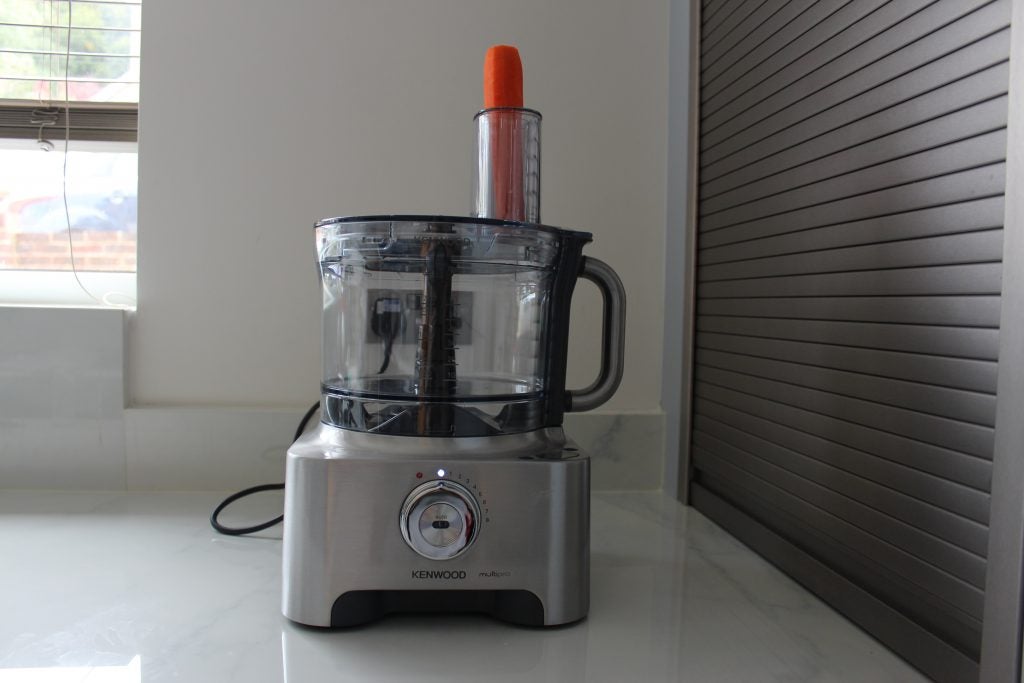 It might cost more than the average budget and come with an eye-popping amount of kit, but the Multipro Sense becomes more appealing if you consider the appliances it can replace.

It will do most of the jobs of a stand mixer, easily take over from a blender, stick blender and hand whisk, allow you to ditch your scales, and save hours of chopping by hand. If you’re the sort of person who appreciates having one machine that can handle everything, the Multipro Sense is your perfect match.

As useful and multi-talented as a Swiss Army knife.