What is the Kenwood Multipro Classic FDM790BA food processor?

The Kenwood Multipro Classic FDM790BA Food Processor is a solid mid-range machine. It comes with blades for chopping and slicing, plus a whisk attachment. Its more unusual features are built-in weighing scales and an additional 1.5L blending jug, which can handle both cold and hot ingredients.

The Kenwood Multipro Classic FDM790BA Food Processor would sit happily in most kitchens with its neutral stainless-steel design. The base unit is very solid, but the bowl feels a touch lightweight. Locking it on to the base doesn’t have that satisfying ‘clunk’ you want and it feels just a bit cheap. The accessories all slot easily and securely into position.

A blender jug is included and this is of high quality, heavy and thick-walled. The included blades are 2mm and 4mm slicing and grating discs. It also comes with two knife blades, for use in the 3l bowl and the smaller bowl, for smaller quantities. A three-part whisk attachment performs much like a hand-whisk.

Speed is adjustable with the front-mounted dial, so you can have greater control over the intensity of your blending. Another unusual and very helpful feature is the built-in scales. You can use the included weighing tray for measuring ingredients or measure directly into the bowl.

Kenwood Multipro Classic FDM790BA Food Processor – What’s it like to use?

Slicing and grating performance were both excellent. Carrots came out in fine, uniform discs and an even grate, respectively. We tried grating an onion with the coarse grater too, but it caused a wet, very uneven chop, which we couldn’t improve by cutting the onion into smaller chunks before processing. Onion chopping performance was good using the knife blade in the main bowl. The food processor also made easy work of blending both an onion and a Thai red curry paste. Stopping to scrape all the mixture back into the middle was required, but only once.

I quite often had to hold the machine steady at the start of blending, but it settled as the mixture got finer. I found that the Kenwood Multipro Classic FDM790BA Food Processor rattled around a lot when blending ice, but the results were very good.

The built-in scales are a terrific addition. While there is a weighing tray included, we mostly measured straight into the bowl. I made a Nigella Lawson sunken chocolate amaretto cake entirely using the processor and it came out perfectly.

The whisk attachment is equally fantastic. It involves two interlocking whisk heads attached to another unit, which then attaches to the processor. It sounds a bit fiddly, but it isn’t. Because it uses actual whisks, rather than a paddle or disc, it properly aerates your mixture and egg whites were turned into big firm clouds very quickly. The results I got were every bit as good as we’ve got from a stand mixer.

The adjustable speed is helpful. I found that most processes were best on a setting between 1 and 3. The higher speeds are only necessary if you really want to blitz something, like soup. Speaking of which, the included blender jug performed well with soups and smoothies. 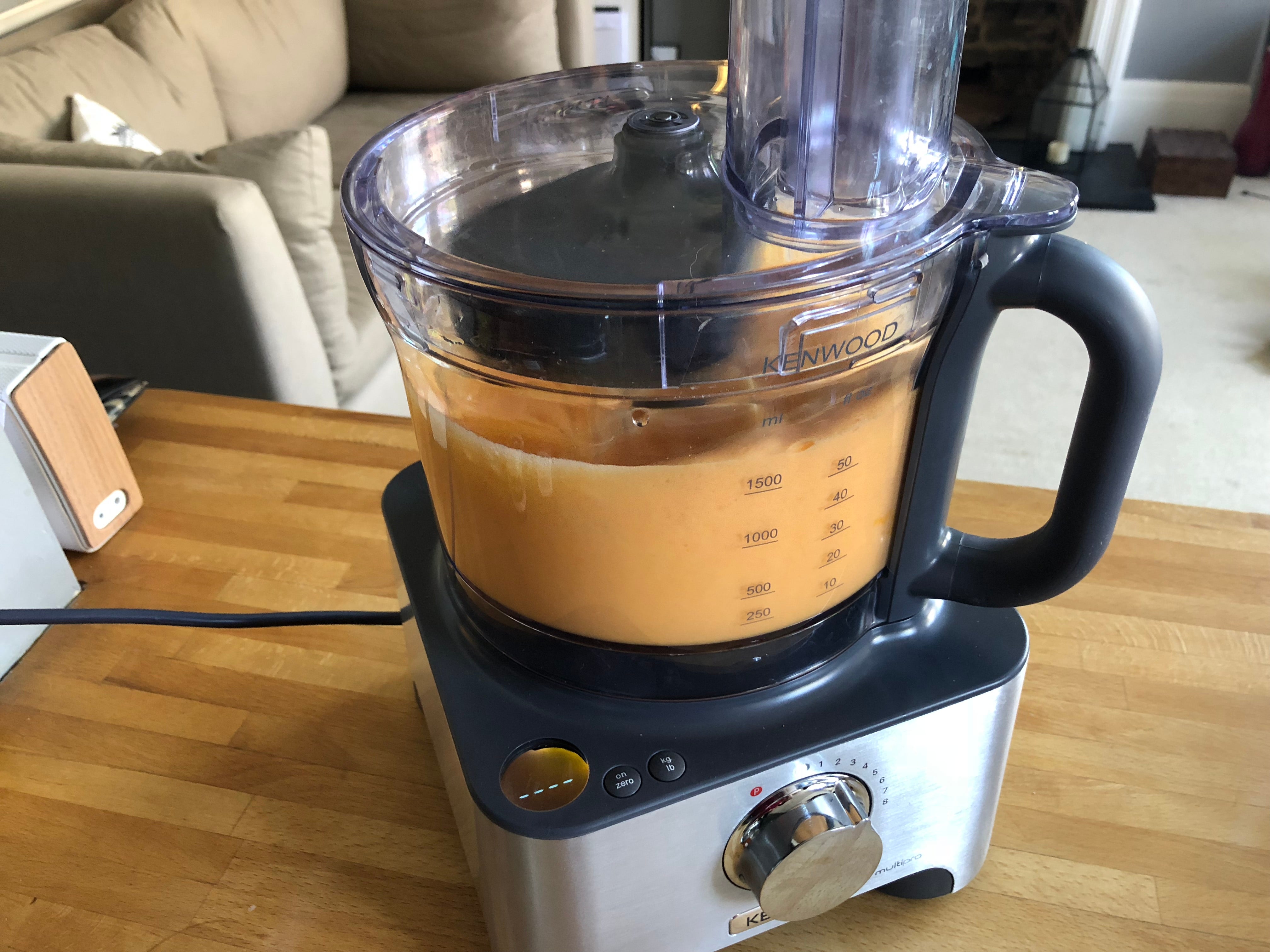 Given the price, we’d have expected one or two more discs. A julienne disc is not included, but available to buy separately. We were also disappointed by the lack of any storage solution. The more expensive model, the FPM810, comes with a box for storing discs and blades, but this has nothing.

The Kenwood Multipro Classic FDM790BA Food Processor performs all its functions very well and it could feasibly replace your stand mixer too. The only drawbacks were the build quality, which could be better, a small set of blades and lack of dedicated storage. Those are relatively minor criticisms and this is an impressive machine.

It could use a few more blades for the price, but this food processor handles all of its jobs brilliantly.