Introduction
It’s pilgrimage time again. As in, it’s that time of the year where Trusted Reviews makes its annual trek to JVC’s North London UK HQ to get some quality ‘early doors’ time with the brand’s latest range of projectors.

Ever since the launch of the revolutionary HD1 back in 2007, JVC’s projectors have all more or less rocked. Hence the pilgrimage feeling. But with rivals making giant strides recently, can JVC’s latest projector models still claim the performance high ground?

Models
Before letting us watch any of its new models in action, JVC ran us through the range. And immediately there was a major surprise, as the new projector series – due to roll out from roughly the middle of November – includes four models rather than the usual three. 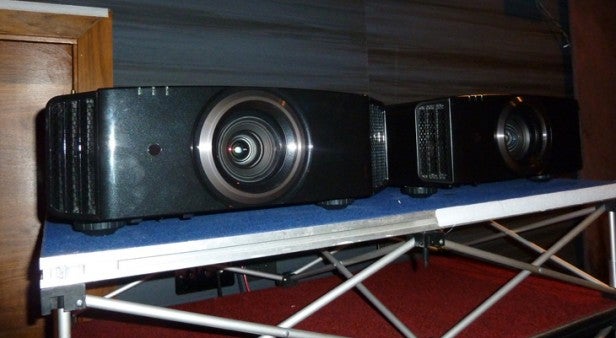 Image Quality
For those of you not familiar with e-Shift, it cunningly puts images through two separate 1920x1080p imaging chipsets, one shifted half a pixel up and sideways from the other, in order to increase the pixel density of pictures to 3840x2160p. AKA 4K. 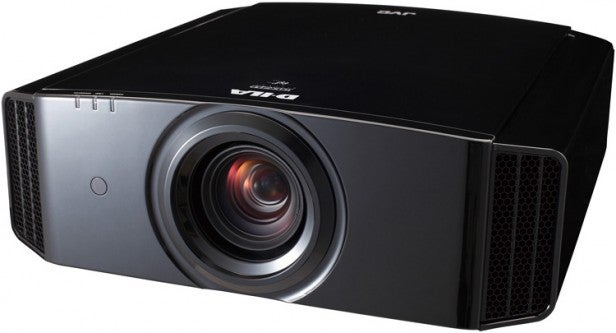 Clearly being able to get your hands on this technology for £4,999 in the new range versus £6,500 last year is a massively tantalising prospect. Especially as the X55‘s also carries a full colour management system.

E-Shift’s 4K is not true 4K, of course; unlike Sony’s VW1000ES, JVC’s e-Shift models can’t take native 4K sources. But e-Shift certainly does make images look denser and richer – at least some of the traits that we look for from true 4K displays. 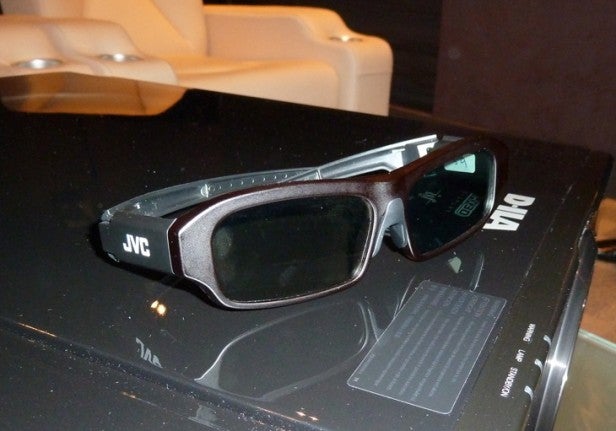 What’s more, the X55 – and £6,999 X75 and £9,999 X95 – all enjoy the latest, improved version of e-Shift, cunningly called e-Shift2. How does e-Shift2 improve on the first version? First, it employs improved scaling algorithms, and uses an eight-band filter rather than the previous two-band filter to apply more accurate correction to more areas of the image.

Contrast
It’s also now got different settings to optimise its performance with different source types, and perhaps most excitingly of all, it now works in conjunction with an improved version of JVC’s polarising wire grid engine – the optical device chiefly responsible for JVC’s projector renaissance.

This device has now been made even more uniform in its width and finish, meaning light passes through it even more efficiently. This gives the optical system the extra precision necessary to make the most of the e-Shift technology.

The improved polariser together with a new Super High Pressure Lamp, also delivers a boost in image dynamism – and it was this image trait that was most immediately apparent once we’d settled down in JVC’s ridiculously comfortable cinema room to see what the X55 and X95 could do. 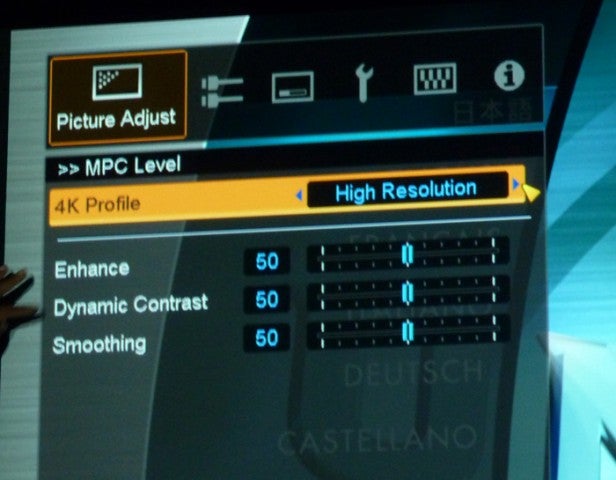 Things kicked off with the X55, bravely running Chapter 12 of Harry Potter and The Deathly Hallows Part II. Right away with this ultra dark sequence we were amazed by the extraordinary contrast in the image, as blacks even deeper and richer than those of JVC’s current, class-leading projector range sat right alongside noticeably brighter, punchier white and colour content than JVC has ever delivered before. Gorgeous.

e-Shift improvements
Once we’d taken that in, we were also struck by how much effective e-Shift2 is. For now, not only can you clearly appreciate the extra pixel density in the picture, it’s introduced seemingly without the slight noise noted with e-Shift mark I. This means you can now get totally lost in the ‘4K’ image without any distractions.

Motion also looks slightly improved on the X55 from current models, especially when watching 3D. Talking of 3D – witnessed here with the fairground scene of Despicable Me and How To Train Your Dragon – other seriously welcome discoveries were that JVC has shifted to RF for its glasses, utilising glasses with bigger lenses, and, best of all, seems to have really reduced crosstalk versus JVC’s current models. 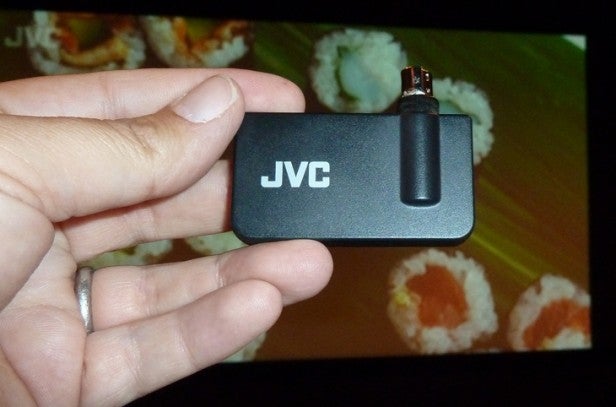 Perhaps the single most exciting moment of our tantalising first look at JVC’s new projectors, though, came when, without any great fanfare or ceremony, JVC switched to the X95. Built from only the finest components from JVC’s production lines, this model astoundingly claims a native – repeat, native – contrast ratio of 130,000:1, versus 90,000:1 on the X75 and 50,000:1 on the X55 and X35. And every bit of that extra contrast is obvious in the projector’s pictures, as it produces black levels even deeper than those of the X55 right alongside brighter whites and even more potent colours.

Conclusion
The result with classic demo material such as The Dark Knight was a picture that does exactly what we’d been worried JVC wouldn’t be able to do this year: take pictures to a substantially higher level than the brand has been able to achieve before.

In the end we came away feeling enormously positive about both the models we’d seen. The X55 threatens to really set the cat among the mid-range projection pigeons, while the X95 looks set to be simply flat out stupendous. Even though the models we saw were only pre-production ‘engineering samples’. Ah, November, why are you so far away?