Despite being a key member of the Blu-ray Disc Association (or more accurately a ‘contributor’), JVC has been pretty quiet on the Blu-ray front in the UK since the format first launched. In fact it’s been completely silent, having launched bugger all in this country despite teasing us with prototypes at IFA and CES, so it’s with a great deal of excitement and relief that we’re taking a look at its debut Blu-ray product, the NX-BD3. JVC has opted not to go down the straight player route, but instead to come up with a swanky-looking three-speaker system which, as you’ll soon find out, does a lot more than just play Blu-ray discs.


In terms of looks it’s not called Sophisti for nothing, as the main Blu-ray/receiver unit boasts an elegant, seductive design with a gorgeous semi-translucent front section that offers a flirtatious glimpse of an illuminated blue arc. The buttons and info display also glow an alluring shade of blue and on the underside you’ll find a flap that conceals a slot for SD and SDHC memory cards. 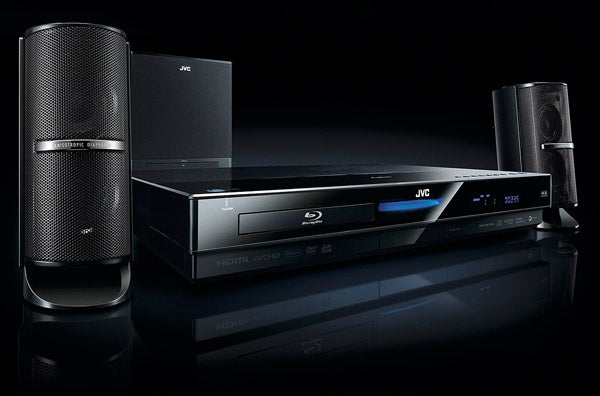 In the box are a robust active subwoofer and a pair of speakers, but there’s more to the latter than meets the eye. They’re the world’s first speakers to use anisotropic (having different physical properties in different directions) diaphragms, which use cross-shaped vertical and horizontal dense areas to increase sound propagation by 10%, therefore reducing resonance.


What’s more, each speaker contains a pair of drivers in separate enclosures, one of which outputs the front channels while the other sends out the surround channels, which is supposed to deliver convincing 4.1 sound from three speakers. It’s impressive and all that, but it’s a shame that manufacturers are so reluctant to throw a proper 5.1 speaker system in the box given the generally disappointing surround performance offered by most 2.1 systems – particularly when it comes to Blu-ray, which was born for multichannel sound. Hopefully JVC can buck the trend…

There are plenty of useful connections on the rear, including an HDMI 1.3 output, which supports Deep Colour and x.v.Colour, plus 1080/24p Blu-ray output and CEC functionality. It’s joined by a SCART and component video output, which can output 1080i but defaults to 576p when playing DVD or Blu-ray. The optical digital input is also handy, as it matches the optical out found on Sky+ and other digital TV receivers, plus analogue audio input is provided for other external sources. You’ll also find S-video and composite outputs and FM/AM aerial inputs for the on-board radio tuners.


The rear panel also sports an Ethernet port, which leads us neatly into the NX-BD3’s unique selling point – it’s the world’s first DLNA 1.5 certified Blu-ray player, which means you can play back music, hi-def video and photo files stored on PCs and other devices hooked up to your home network. For this purpose, JVC supplies a copy of CyberLink Media Server, but you don’t necessarily need to install it as the system also works with Windows Media Player 11. It’s a great idea that gives the JVC a distinct edge over rival Blu-ray systems.

After great joy, however, comes great despair (sort of), with news that the NX-BD3 is Profile 1.1, which means it supports BonusView but not BD Live. We’re waiting to hear whether it can be upgraded, but if not this represents a real missed opportunity, given that its Ethernet port and SD card slot mean it’s ready-made for BD Live.


The other thing that makes no sense is the lack of any HD audio decoding whatsoever. One of the main attractions of Blu-ray is the lossless sound quality offered by Dolby True HD and DTS HD Master Audio, but the BD3 is limited to Dolby Digital and DTS, which is another missed opportunity. 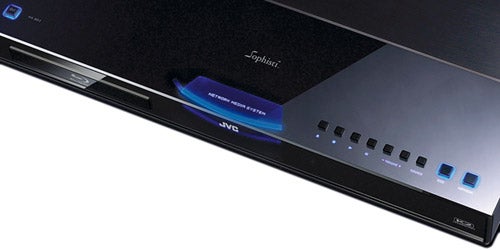 These niggles aside, the rest of the feature list is generous, and includes 1080p/1080i/720p DVD upscaling, MP3, WMA, WAV, DivX and AVCHD playback and K2 technology, which aims to boost CDs to DVD-Audio quality and compressed audio files to CD quality. In addition there’s a bevy of sound modes and adjustments.


Setup is simple. The speakers plug into the back of the sub, using separate plugs for the front and surround sections of each speaker, while the main unit is hooked up to the sub using a single cable. Both the sub and main unit need to be plugged into the mains, which increases the power needed to run this system. 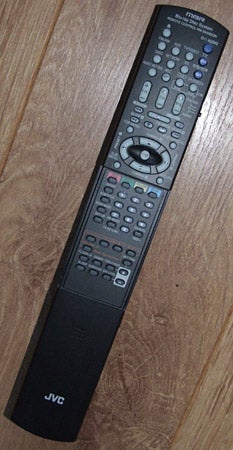 It’s not the slickest or quickest home cinema system we’ve encountered, as there are long pauses when you switch between sources, and takes its time starting disc playback from the stop position. But the smart, attractive onscreen menu layout makes it easy to work with, presenting each group of options in the setup menu with a logo that can be identified at a glance, and arranging content found on networked devices in a logical folder-based format. There’s also a handy onscreen banner during playback that shows you the current playback position, the selected audio track, elapsed time and title/chapter info.


The remote sensibly hides many of the lesser-used buttons under a sliding flap at the bottom, which helps keep the top section uncluttered. But all of the buttons are on the small side, making it fairly fiddly to execute certain functions, while the row of three Volume controls is potentially confusing.

Disc loading times are relatively quick. It took 45 seconds to load up ”I Am Legend”, from pressing Close on the tray to the first appearance of the Warner logo.


Not only is the NX-BD3 packed with features but it also delivers top-notch performance. Viewed on the Pioneer KRP-600A plasma (set to the processing-free ‘Pure’ mode) in 1080/24p, ”I Am Legend” looks stunning, particularly the opening shots of a deserted New York. The system picks out every scrap of detail, such as the wispy, overgrown weeds poking through the tarmac, the pattern of bricks on the buildings and the small text on posters. 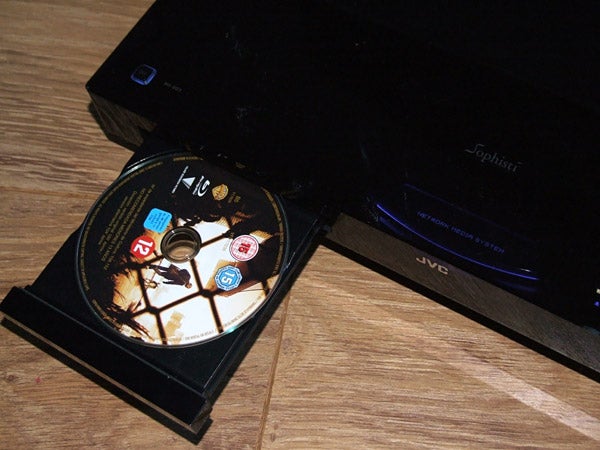 Then as Will Smith shatters the silence in his red sports car, the pin-sharp detail rendering is in evidence again, with the NX-BD3 resolving Smith’s stubble and his dog’s fur with entrancing clarity. The other thing that jumps out is how smoothly it conveys camera pans and moving objects, tracking the red car as it screeches round corners without a hint of judder or blurring.


Its excellent black level not only make colours look deep and rich, but also gives the image an instantly gratifying punchiness and three-dimensionality that draws you right into the action. Add a lack of jaggies and other artefacts into the mix and you’ve got yourself one superb hi-def player. In a direct comparison with the Pioneer BD-LX71, the BD3 can’t quite match the levels of extreme crispness and lucidity of its standalone competitor, but this remains a solid hi-def picture performance by anyone’s standards. 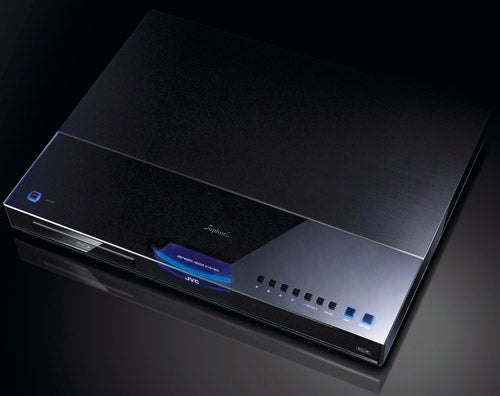 The BD3 backs up its impressive picture performance with 420W of top-class sound quality, although you can’t help but lament the lack of HD audio decoding, which meant we had to settle for ”I Am Legend’s” Dolby Digital soundtrack instead of its True HD one. Nevertheless, the system still delivers the action with real charisma, giving the sudden jump-out-your-seat bits (like the lion pouncing on the deer at the start) enough bite to set your heartbeat racing.


The quality is excellent right across the frequency range, conveying delicate treble as effortlessly as big bangs and explosions. It’s got plenty of bass power on tap – best showcased in the movie’s pulsating finale – and this lovely low end stuff fuses flawlessly with the front pair to form a rich, coherent whole. It’s also a dab hand with quieter dialogue-driven moments, making speech sound prominent and realistic. 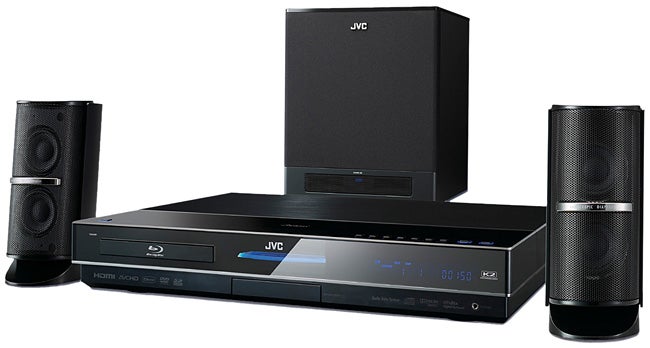 However, as with most of the 2.1-channel systems we’ve tested recently, we’re left wanting in the surround department despite all the cool-sounding virtual surround technology at play. No matter where we sat or how hard we listened, we never got the sense that we were at the heart of the action. Yes it does a great job of opening up the soundstage and expanding the effects wider than your average TV’s speakers, but when it comes to movies you need to believe sounds are actually coming from behind you and sadly that’s not the case here.


When you stick a CD in the tray, the system offers smooth and assured music playback. We also listened to a few 320kbps MP3s over the network connection from a Wi-Fi equipped laptop and the quality is staggeringly good, with the K2 technology genuinely making them sound as good as a CD.


At this point we should have been waxing lyrical about the NX-BD3’s brilliant network functionality and superb AV performance, but significant omissions elsewhere have replaced our feeling of elation with disappointment over what could have been. With its Ethernet port and SD card slot, BD Live support seemed like a no-brainer, but for some reason (probably cost) JVC decided against it, which is a missed opportunity no matter how you feel about BD Live.


Even more disappointing is the lack of HD audio decoding, which is probably another cost driven decision but the formats’ improved sound quality would have given those anisotropic speakers a proper work out. That said, the system still does a fantastic job with Dolby Digital, DTS and music material.


Other positives include its sublime looks, excellent picture quality, wide-ranging media playback and the aforementioned network functionality, all of which should keep you happy and goes some of the way towards justifying its hefty price tag despite its shortcomings elsewhere.