You could well be forgiven for doing a double-take when you see the JVC LT-43C862. With a price tag of just £379, you might expect yet another bargain basement box. Yet the specification tells a different story. This is a UHD screen with the latest Freeview Play tuner and connected smart TV platform.

Could this be the best cheap 4K TV deal yet? 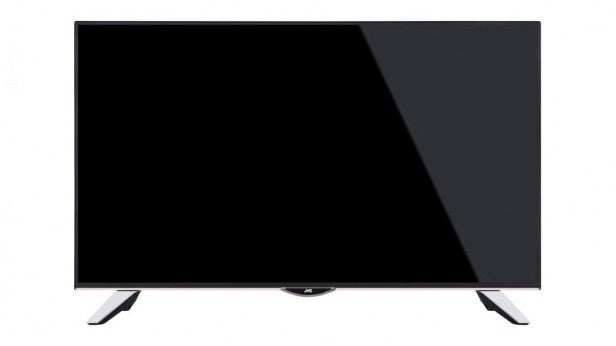 Admittedly this 43-inch TV isn’t going to win any design awards. At 260mm deep, it isn’t exactly thin. Style-wise, it’s circa 2014. The same goes for the chrome trim, which feels a little rough around the edges, and the shiny bolt-on feet. A JVC logo pouts from the bulge at the bottom of the screen. 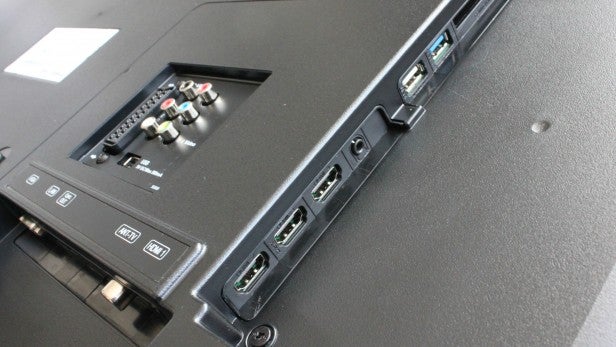 Connectivity is solid, though. There are four HDMIs, three USBs (one is a fast 3.0 variant), PC VGA, scart, component/composite AV with stereo audio, and an optical audio output. All four HDMIs are 4K HDCP 2.2 compliant – necessary if you want to connect 4K Blu-ray, Sky Q 4K, PS4 Pro and so on.

In addition, there’s also a CI slot for those that want such things, and Ethernet LAN and Wi-Fi network connectivity, too.

The TV comes with an IR remote control that appears to take its design cue from a bow-tie; note its shape, below. That said, it’s light and comfortable to use and there’s a prominent dedicated Netflix button up top, for when you just can’t get to Stranger Things quick enough. 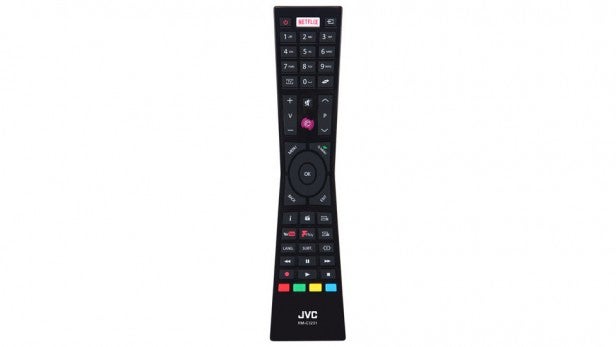 This JVC may be cheap, but the spec is forward facing. That Freeview Play tuner combines a rollback programme guide for all those shows you’ve missed, which is allied to a full complement of catch-up services: BBC iPlayer, ITV Hub, All 4, My5.

Just use the programme listing to search for items you may have missed. If the programme is available, then the EPG will simply fire up the relevant channel catch-up player. 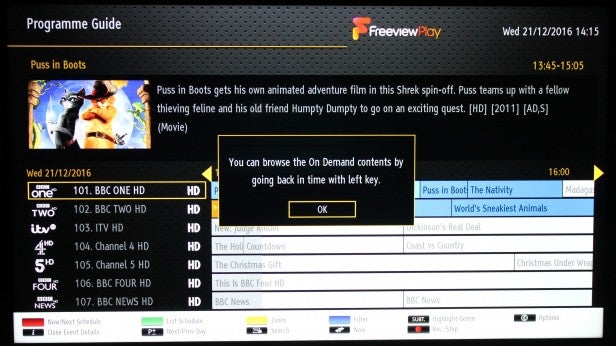 The set also supports time-shifting to a connected USB hard drive, while a media browser works on networked NAS devices as well as thumbdrives. Navigation is relatively sprightly, and I had no issues playing back MKVs.

Getting around is straightforward. The main menu system uses a graphical vertical strip, listing system, installation channel list, media browser and internet. There’s also a quick menu that takes you to a smattering of sub-menus, including audio and image presets. 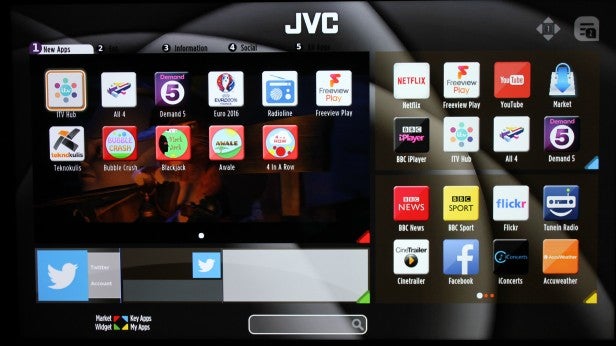 The screen’s apps portal, which comprises a large window with apps arranged on the right, is a tad undernourished. Nevertheless, Netflix 4K and YouTube are present. You’ll also find BBC News and Sport, plus some superfluous social media apps.

There’s plenty to like about this screen, provided you take on board the usual caveats that come with any budget buy.

The JVC’s 2160p resolution delivery is good in all preset modes. The adjustable contrast is worth setting on Low, since it lends extra bite to images. Native contrast is given at 1,100:1.

The immediately enticing thing about the LT-43C862 is the smoothness of its imagery. Daredevil retains its trademark cinematic grain, but snaps in the detail for its big grisly close-ups. Marco Polo displays exotic glint and texture. 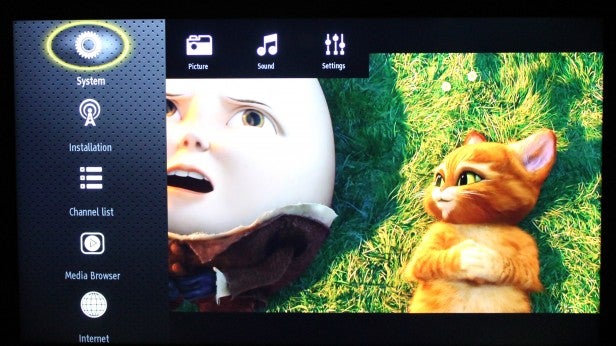 Don’t get too excited about that extra Ultra HD resolution, however. Any 43-inch screen, regardless of brand, is unlikely to easily reward 4K scrutiny. There’s a relationship between screen resolution, panel size and viewing distance that can’t be surmounted.

The simple fact is that UHD fine detail is just too small to spot from a typical viewing distance on a television of this size, although sit close enough and you’ll be able to confirm Ultra HD detail is making it onto the screen.

The overall impression is more about picture sheen and lack of jaggies. Given the ticket price, you’re hardly paying a premium for the extra pixel density offered by UHD.

The set isn’t HDR compatible. For one thing, it just doesn’t have the inherent brightness, quoted at 350 nits. Predictably, black level performance is limited, and you’ll see some splotchiness from the LED backlight on dark scenes. 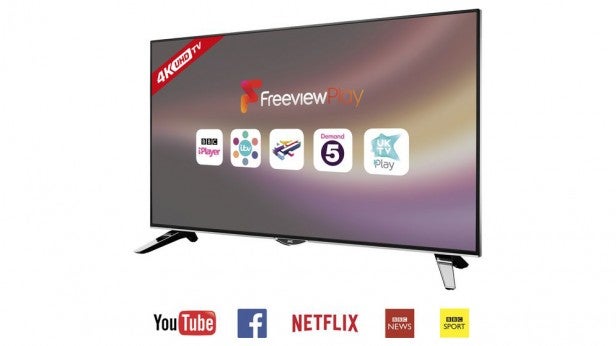 Consequently, all presets perform the same with fast-moving action. With a motion resolution test pattern travelling at 6.5ppf (pixels per frame), I noted no subjective detail above 600 lines, and horizontal pans can be a little juddery. So there’s no benefit to using the Sports mode compared to Cinema, bar some aesthetic tweaks of contrast, brightness, sharpness.

On the plus side, this stripped-back performance means no unwanted motion artefacts, either. The Game mode doesn’t allow you to alter any image parameters. These are all locked down.

Audio performance is adequate for this calibre of screen. The set uses DTS TruSurround DSP processing to bolster performance. The result sounds surprisingly coarse for such a small TV.

Some of this can be attributed to the generously proportioned downward-facing drivers squeezed into the far from thin frame.

If you’re after a connected UHD screen that won’t break the bank, the LT-43C862 ticks the right boxes. Picture quality is a cut above, and you’re not going to be shortchanged when it comes to catch-up services. At 43-inches, you’ll struggle to see any resolution benefits from the 2160p panel, but 4K Netflix is a nice bonus, while Freeview Play is ace – and you can’t deny the value it offers.