We thought it only appropriate to conclude our epic pre-World Cup round up with a TV we feel represents the way the mainstream TV market is headed: a 40in LCD.

We’ve already seen 32in LCDs supercede 26in as the public’s main TV size of choice, and everything we’re hearing in terms of buying trends and price structures suggests that mass migration to 40in is only a (relatively short) matter of time. Especially as people seem to be catching on fast to the fact that the bigger you see high definition, the more amazing it is.


Anyway, we digress. Getting back to the matter at hand, our final TV before England thrashes the arse off Paraguay is JVC’s LT-40DS7BJ. And a very fine looking TV it is too. 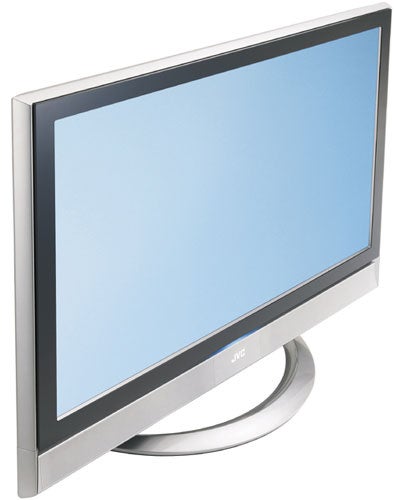 It’s another in a growing number of LCD sets to shun gloss in favour of a matt black finish. And as with most of the other matt boys, the ostensibly less glamorous finish actually works very well – especially as the black is offset by a trendy blue neon strip along the bottom. The only concern we have with the design is whether the rather skinny looking speakers running along the TV’s underside will deliver the sort of audio thrills we ideally like to hear.


It’s thumbs up all round with the 40DS7BJ’s connections, as we find two HDMI sockets. This equals twice as many HDMI options as most TVs give you – just the job considering how many HDMI-carrying sources are likely to be coming our way in the next year or so.


There’s also a set of component video jacks, a PC input so you can double the TV up as a computer monitor, and the usual ‘standard TV’ collection of SCARTs, S-Video input and so on. We should also add that many of this JVC’s connections are ranged down the TV’s side, making them much easier to access than they normally are with flat TVs.


Fittingly for what’s clearly one of the TV world’s more forward-thinking TVs, the 40DS7BJ carries a digital tuner. And as with the vast majority of digital TVs, it sports a conditional access slot for adding subscription services to the core Freeview package.


There’s 7-day electronic programme guide support too, which includes the facility to set up to 10 recording events simply by selecting the programmes you’re interested in directly from the EPG listings.


Perhaps the feature that will most define the 40DS7BJ’s success or otherwise, though, is something called DynaPix. Don’t be fooled by the vaguely prehistoric flavour to this name; this is cutting edge stuff all the way, incorporating a host of separate picture algorithms aimed at improving just about every fact of the final image. 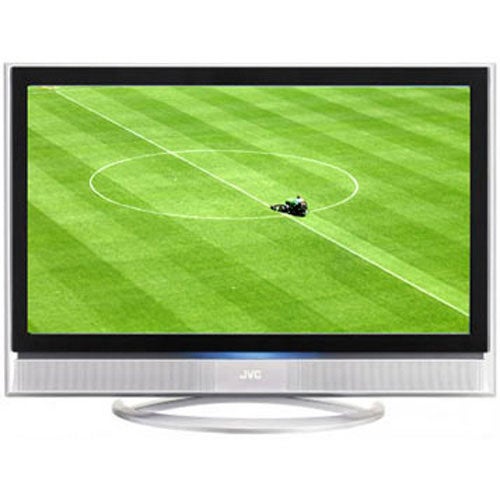 Our choice of DynaPix’s highlights would be: a digital scaling engine that adds in extra fine detail as it goes about its business; motion-adaptive interlaced-to-progressive conversion for fighting the jaggedness otherwise seen on curved edges; contrast enhancement; MPEG noise reduction for cleaning up digital broadcasts; automatic colour optimisation; and black level boosting.


As if all this wasn’t clever enough, the whole processing kit and caboodle has now, for the first time on a JVC TV, been squeezed onto a single 32-bit processor to boost its operating speed, potentially reducing the possibility for nasty side effects to be generated.


Some of the DynaPix features mentioned above can be accessed via the TV’s onscreen menus, with one final further feature of note being a dedicated backlight adjustment.

Kicking off the hot stuff is the screen’s exceptional way with colours: a talent that sees it delivering saturations so rich they should buy a yacht and live in Monaco. These colours inevitably play their part, too, in making the picture look so solid and three dimensional you feel you could pack your bags and go and live in it.


Not that this impression is down solely to the colour vibrancy, of course. The DynaPix system is also clearly on top of its game when it comes to fine detailing, as the set delivers at times outrageous sharpness and detailing from our HD sources.


The claimed high speed of the DynaPix processor, meanwhile, seems borne out by how little motion smearing there is in the picture – even during sporting events. And last but not least in the plus column, dark parts of the picture are packed with the sort of subtle brightness differentiations that make them look like layered, textured, integral parts of the picture rather than hollow holes. 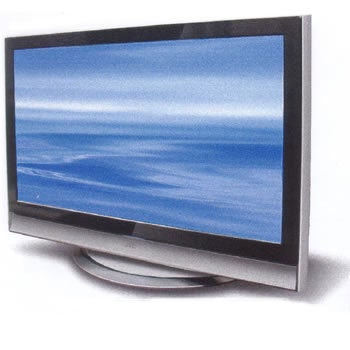 Black levels also kick us into a look at the 40DS7BJ’s bad points, though, since really dark parts of the picture seem to adopt a slightly distracting blue undertone. The set is also a little unhappy with standard definition sources, making them look less sharp than we’d like.


Next, pictures sometimes look rather noisy, especially with SD and especially if you’re not careful with how you use some of the TV’s contrast-affecting settings. Finally, people’s skin can look a bit smooth and plasticky from time to time.


Happily our fears about the JVC’s skinny speakers prove unfounded. By using Oblique Cone technology, where the sound is delivered upwards from an off-centre voice coil to fight distortion, they actually sound more powerful than most. The soundstage gets spread far and wide, and there’s some decent extension at both the bass and treble ends of the audio spectrum. Only a little harshness with high frequencies keeps its sound score down to an eight.


Fed the right pictures, the 40DS7BJ has the raw talent to leave your mouth hanging open in astonishment. But it’s a touch too inconsistent – and perhaps a touch too pricey – to earn a totally unreserved recommendation.