Before we get stuck into JVC’s DLA-X7 projector, we really feel compelled to say that we were perhaps a bit harsh on the 3D capabilities of the brand’s DLA-X3 entry-level model when we reviewed it a couple of weeks back. We’ve actually continued to use the X3 a lot since the review went live, and the longer we’ve spent with it, the less its 3D crosstalk issues have bothered us.


This is strange, as experience usually suggests that you notice crosstalk on a 3D product more over time rather than less. But we guess it proves that the crosstalk on the X3 is ultimately low-grade enough for us to have slowly started to tune it out. 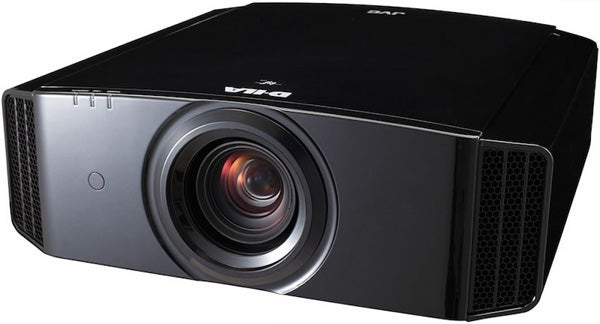 We were having these feelings even before Sony’s VW90ES 3D projector turned up. But when that considerably more expensive rival ended up suffering markedly more with crosstalk than the X3, we could no longer deny that an 8 for the X3’s 3D performance would probably have been fairer than the 7 we originally gave it.


We’ve reflected these thoughts in the Comments under the X3 review, but it’s worth reiterating them here. Partly to give peace of mind to people who might have been put off the X3 by its 3D mark, and partly to add pressure to the X7 we’re looking at today! 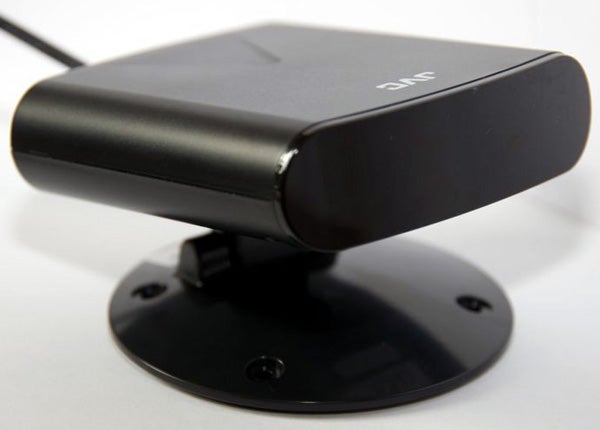 
After all, with the X3’s performance ultimately impressing us pretty much across the board, and the X7 costing nearly twice as much at £6,550, the X7 is clearly going to have to go some to make the extra outlay seem worthwhile.


It’s first attempt to win us over comes with its 70,000:1 contrast ratio claim – a near 40 per cent jump on the X3‘s 50,000. And the figures take on even more significance when you consider that as with all JVC’s recent home cinema D-ILA projectors, the X3 and X7 both quote native contrast ratio figures, rather than figures conjured up via a dynamic iris.


Why does this matter? Because it means the figures are genuine reflections of the projector’s ability to place light and dark objects simultaneously within the same frame, rather than being ‘artificially’ created by automatically reducing brightness levels when showing predominantly dark content, as happens with the dynamic contrast ratio systems found on many home cinema projectors.


As well as making dark scenes punchier and more detailed, not having to use a dynamic contrast arrangement should also make the X7’s pictures more stable and consistent.


Home cinema enthusiasts, meanwhile, will be very happy to see the X7’s high-gloss black body emblazoned with a white ‘THX’ logo, revealing that its pictures have been officially endorsed by the renowned American independent quality assurance organisation. The projector carries a THX picture preset, too.


Endorsement is also present and correct from the Imaging Science Foundation (ISF), which considers the projector flexible enough with its set up tools to allow an ISF-trained engineer to come round and professionally optimise the X7‘s picture settings to suit your particular environment.


The sort of tools we’re talking about extend to three user memories for gamma control into which you can store your preferred values for the output level of the white, green, red and blue elements of gamma performance using a 12-point system.

Plus there’s a fuller colour management system that lets you tweak hue, saturation and brightness levels for not just the usual six key colour components, but also an additional Orange one! The addition of orange is a bit peculiar, to be honest. Though we guess it might feasibly provide a short cut to improving skin tones if they happen to look a touch ‘David Dickinson’ at first.


While the X7’s colour management tools are certainly adequate, they’re not especially user-friendly. So it may be just as well that the X7’s higher cost is more likely to find it being professionally installed, so you can leave the fiddly stuff in the hands of someone who (hopefully!) knows what they’re doing. If you are doing it yourself, though, then at least the mechanised zoom, focus and optical image shifting systems work well. The amount of optical zoom offered is impressively large, too.

A further point of difference between the X7 and the X3 appears in the X7’s connections, meanwhile. For joining the twin v1.4 HDMIs and component video input is a D-Sub PC port for wider computer connectivity.


Potentially the most important physical difference between the X3 and X7, though, is the disconcertingly loud ‘click and hum’ noise that sometimes emerges when you switch between the X7’s picture presets. This noise is, we presume, connected to a dual iris system in the X7 not found in the X3, which puts one aperture right in front of the lamp while another is provided for the lens.


We’ve asked for greater clarification on exactly how these irises work, but JVC’s response hadn’t arrived in time for this review. However, given that the X7 joins the X3 in pushing luminance levels up to a meaty 1,300 ANSI Lumens compared with the 1,000 ANSI Lumens of previous D-ILA projectors, it makes sense for the projector to have as much control as possible over light output levels. After all, the high brightness necessary for 3D viewing – to combat the dimming influence of active shutter 3D glasses – likely won’t suit 2D viewing. 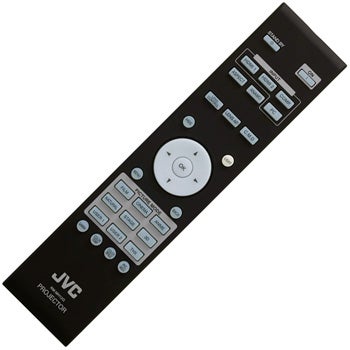 Given that we detected a slight reduction in raw black level depth on the X3 compared with previous equivalent JVC models, it would be great if the dual iris arrangement on the X7 meant we saw the return of more of that legendary JVC D-ILA black level prowess.


And so it proves. Using the excellent THX preset or, if you like more punch to your pictures, a tweaked version of the Cinema1 mode, dark scenes instantly look more dynamic than they do on the X3 thanks to noticeably deeper, richer blacks. In fact, the X7’s abilities in this respect go comfortably beyond our expectations, without crushing out shadow detail.

Colours look superior, too. This isn’t the case right away, as the X7 seems to need a few minutes of ‘running in’ after you turn it on to mellow out some rather ripe initial tones. But once things have settled down the X7 is capable of quite exquisite and expressive colour tone handling, with outstanding subtlety and a superlative tonal range.


We personally like the amount of flexibility in its colour ‘engine’ too. For while the projector can work accurately with the key video standards if that’s where your tastes lie, it can also inject as much colour ‘oomph’ as your individual tastes might want it to.


The X7’s pictures even look slightly more detailed than those of the X3 – which is saying something. It doesn’t harm the X7 in this regard that it’s also an excellent handler of motion, suffering impressively little from judder and not at all from blur – even without JVC’s Clear Motion Drive (CMD) processors in action. 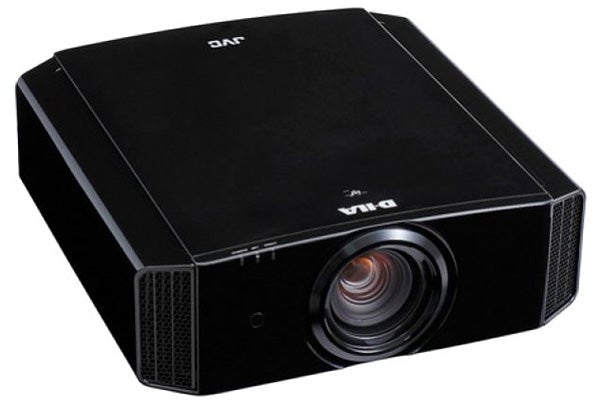 That’s not to say the CMD is pointless. For while some people, understandably, wouldn’t touch it with a barge pole, its ‘Mode 1’ setting arguably introduces an interesting subtle flickering effect that feels oddly evocative of a celluloid cinema experience, without making motion look distractingly processed.


The X7 improvements described so far have been with 2D material, and result in a 2D performance that’s little short of masterful. But the X7 also marginally outguns the X3 with 3D.


There’s the same (relatively small) amount of crosstalk that you get with the X3, and brightness and colour levels look very similar, too, using the handy 3D picture preset. But there seems a fraction more crispness to the X7’s detailing with the deepest parts of 3D shots – such as the crowd running off the distant end of the Golden Gate Bridge in our much used/abused ”Monsters Vs Aliens” 3D sequence.


Obviously it would be great if JVC could figure out how to remove crosstalk completely from its 3D images. Also, the fairly hefty step up in fan noise you get using the high-brightness 3D mode could prove distracting if the projector is positioned near your seating position. But the fact remains that at the time of writing, you frankly haven’t seen the new 3D HD format in action until you’ve seen it on one of JVC’s new projectors.


To be honest, we’d expected to find the X7 problematic, chiefly on the grounds that the X3 was so ridiculously good for its money that coughing up nearly double for the X7 just wouldn’t make sense. But the X7’s step up in picture quality, at least in 2D mode, is startlingly enough that we can easily imagine many people heading down to their local high-end AV dealer hell-bent on an X3 only to emerge a good demo later with an X7 under their arm and a drained credit card in their wallet.