While it resembles an ordinary blender and be used as such, the Judge Electrical Soup Maker JEA61 main appeal is its ability to cook up to 1.2 litres of soup.

Once connected to the base unit, a metal plate at the bottom of its plastic jug will heat up as it blitzes ingredients with four angled blades. This cooking function means that it can also be used for reheating, boiling and steaming other foods as well as straightforward blending tasks. It’s also ideal for smoothies. 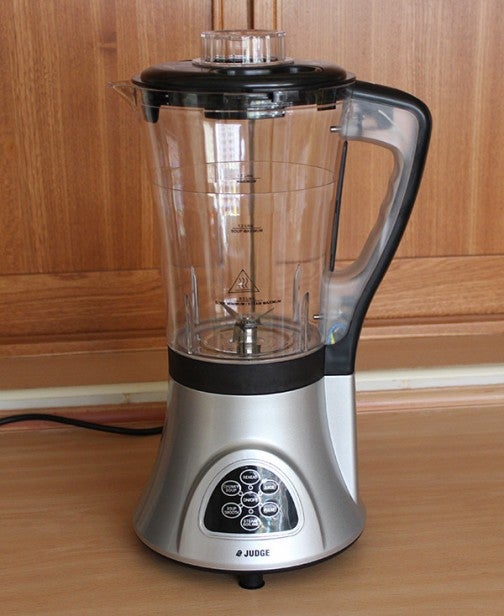 The design doesn’t differ greatly from most blenders on the market – there’s a wipe-clean silver-effect body, a jug with a pouring spout and push button controls on a central front panel. Four suckers on the base keep it firmly in place while the appliance is in use and there’s a cord tidy for its generous 1.3m cable, but it may need a little training to keep it there. A two-part lid locks into place to prevent any accidental scalding from escaping steam, though it’s still wise to wear oven gloves to remove it directly after cooking hot liquids.

There are four cooking options, chunky soup, smooth soup, steam/boil and reheat, as well as buttons for juice and pulse blending. It can also heat milk for hot chocolate, ‘boil’ eggs and handle everything a normal blender can. 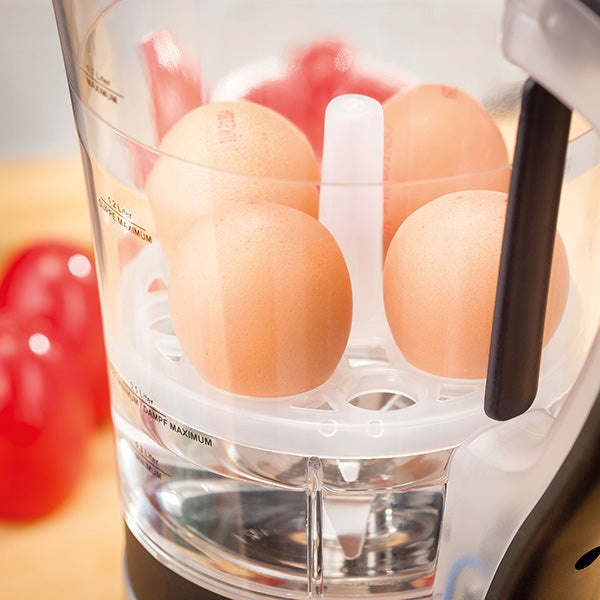 The jug is big enough to make four portions of soup in one session, with just the lid and jug to clean afterwards. What is disappointing is that the jug isn’t dishwasher safe or suitable for washing up by hand as there are electrical parts built-in. Instead, it’s a case of filling it with hot water and detergent and using the pulse function. There’s a brush for burnt on food and advice about how to shift this but getting it spotless adds an extra layer of maintenance.

At just 2.35kg, it’s light enough to be stored in a cupboard when it’s not in use and its average blender-sized footprint means it won’t take up much space, even if it’s left out. 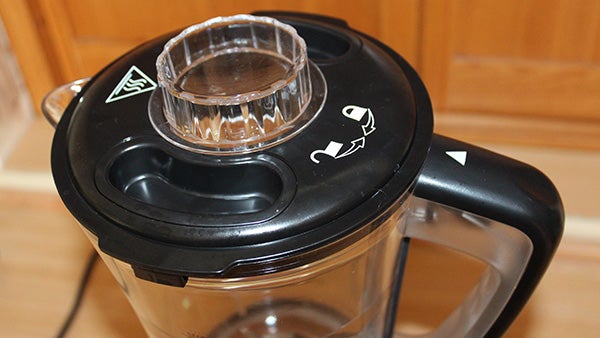 Judge JEA61 Soup and smoothie maker: What is it like to use?

Putting the appliance together and using it is incredibly simple, with named buttons and no fiddly menus to scroll through. You’ll need to cook meat beforehand, so it’s not a complete one-stop solution if you’re making anything other than vegetable soups, but otherwise, its two soup programmes are designed to simmer vegetables thoroughly.

To that end, it’s a case of putting all your ingredients in (except cream and herbs), popping the lid on and opting for smooth or chunky soup. Ingredients have to be chopped so they’re small enough to cook properly, so you may find that your food prep takes a little longer.

Making soup takes around 20 minutes once all the ingredients are in, and on the smooth programme, is interspersed with quick bursts of activity from the stainless-steel blender blades. While the cooking is quiet, the blending is less so, and comes with occasional beeps. The beep tone is on the harsh side, so an option to turn it off or down would be an improvement.

Recipes are included to inspire you but the quantity of the pumpkin soup recipe we tried exceeded the maximum fill level and had to be cooked in two batches. There’s a sensor to prevent overfilling so you can’t cook more than the appliance will allow.

The resulting soup was impressive – thoroughly cooked, with some texture preserved, even on the smooth programme, and piping hot. If it’s not quite smooth enough, a quick pulse means it can be adjusted to suit. Against cooking soup in a pan, this is both easier and less mess, but there was a little burnt food on the base of the jug that needed cleaning.

In terms of its other functions, while boiling eggs in a blender seems like a bit of a gimmick, it was easy and convenient thanks to the dedicated rack. The eggs sit above the water level and are cooked using steam rather than fully immersed, meaning there’s no chalky residue. Its reheat function is just as useful for warming milk without potential boil over. 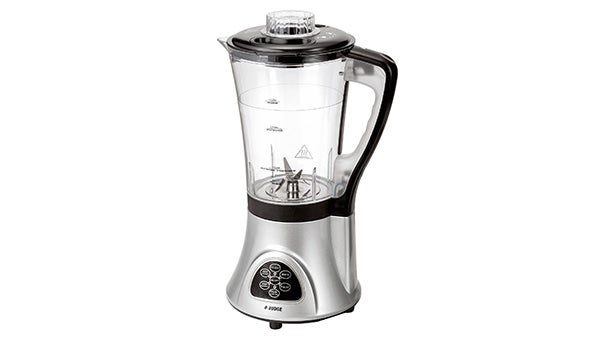 Should I buy the Judge JEA61 Soup and smoothie maker?

A good capacity means the soup maker is both handy for batch cooking as well as entertaining. Thoughtful extras mean it won’t just be a winter staple appliance either – you’re sure to get plenty of use out of it all year round.

However, while cooking in it is easy, cleaning it afterwards isn’t. This is a common problem for soup makers, but it’s tricky to ignore given its second life as a blender. But If you can tolerate this then it’s a nice, easy-to-use soup-making blender that’s worth considering.

A useful and affordable soup, smoothie and blender machine in one, but tricky cleaning is a problem.