Nintendo’s Wii has a problem. It’s a simple problem and it has nothing to with a sparse release schedule or lack of “next generation” graphical performance. No, the problem lies in its special weapon: the Wii Remote. Don’t misunderstand; the remote still is a wonderful piece of design. But for all of Nintendo’s innovation and daring it neglected to include one rather obvious thing.


Can you tell what it is yet?


For those still floundering in the dark the answer is a rechargeable battery. While Sony and Microsoft made its controllers rechargeable, Nintendo stuck to its bottom line orientated mindset by forcing gamers to rely on regular AA batteries. To be frank, it’s a distinctly backward way of doing things but Nintendo gambled – probably correctly – that if there was one area they could get away with cutting corners this was probably it. 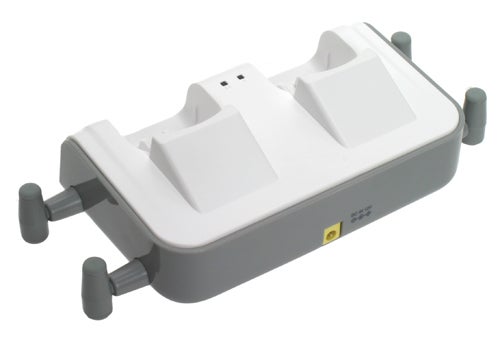 Thankfully, where Nintendo has failed others have stepped in and Joytech has been among the first to come up with some kind of solution in the form of its Wii Power Station. Retailing at around the £18 mark, it’s hardly expensive and considering the potential saving in battery costs it should pay you back fairly quickly depending on how much you play.


The package contains a base station, two replacement battery covers and a pass through power cable which uses the power port on the Wii console. This is an interesting choice; it’ll save on a mains power socket which is no bad thing but it does mean that you must place the base station near the console. 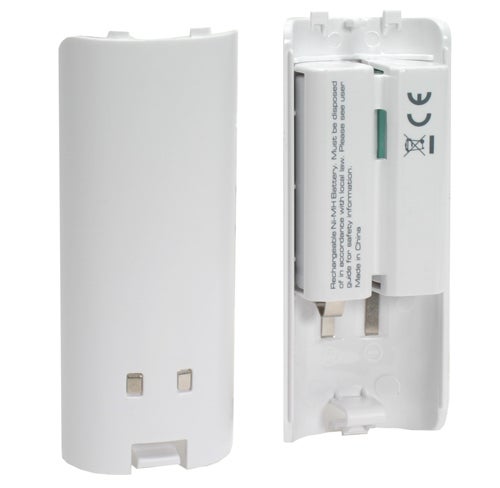 Obviously, this also means that the unit draws its power from the console. One can’t help but feel a little nervous about this, but I’ve yet to encounter any problems in this regard. As an alternative it should be perfectly possible to use a generic 12V AC Adapter, provided it has the same connection as found on the back of the base station. This would also provide the added bonus of having the main unit somewhere away from the console, such as near a living room couch or bed-side table.


The base station itself is tidily designed. It has two spaces for remotes, with two small protruding metal contacts on each. Each port also has a small LED light, which shines Red while charging and Green when a remote is connected but is fully charged. On either side are two rubber prongs which serve to stabilise the base, especially important when fully loaded with two remotes. The whole unit is finished in white and grey, perfectly complementing both the Wii Remote and console.

Rechargeability is provided thanks to the two replacement battery casings, which have two NiMh rechargeable batteries attached to the underside of the casing. On the outside of the casing are two metal contacts, which interact with those on the base station. It must be said the replacement casings are a tight fit, but once attached they are very secure and one can barely notice difference between these and the original covers so they won’t upset the aesthetics. 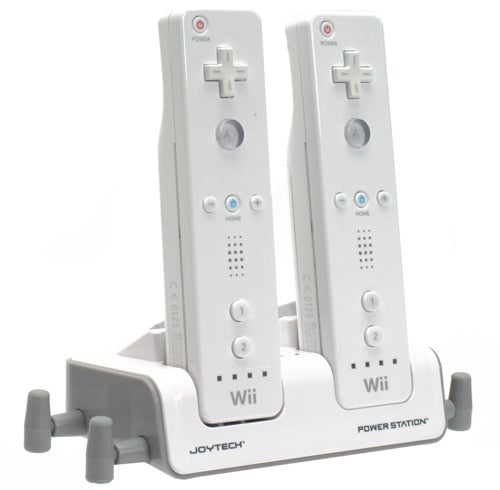 There is one slightly unfortunate design flaw, though not one that’s too drastic. Since the batteries are attached to the bottom of the casing you can’t use the Sync button, and must insert a pair of standard batteries instead. This is something of an inconvenience when moving to different consoles, but one that is easily solved and shouldn’t be too prevalent unless you’re constantly playing on other people’s consoles.


Performance is one area that’s tricky to gauge, primarily because it depends wildly on what games you are playing. Nintendo state that using good quality alkaline batteries one should expect thirty hours usage, but I’ve always found this rather optimistic. In reality performance can very wildly from fifteen to near thirty hours. Zelda: Twilight Princess, for example, is notoriously heavy on the remote’s batteries but games like Excite Truck aren’t that heavy at all. 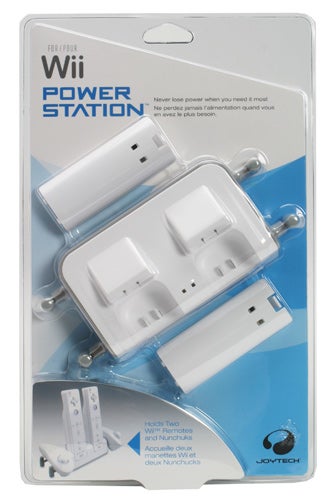 During many hours of arduous (s)fun(/s) testing the replacement batteries proved to be more than capable. You won’t get quite as much out of them as regular alkaline batteries, but then these can be popped back on to the charger after a session so unless you’re chronically forgetful then you should never run out of batteries.


More convenient than individual rechargeable batteries, and far cheaper than constantly buying new ones, the Joytech Wii Power Station does what it needs to do at a very good price. Elegant design and solid build quality only add to the appeal, making this a near-perfect solution to an annoying little problem.