Let it not be said we never listen to you; you’ve demanded we check out some earphones that don’t require taking out a mortgage just to look at in a shop and lo, here are the Jays a-Jays Three earphones. While any fool will anticipate the £36 asking price precluding the Threes from qualifying as ‘audiophile,’ that’s not to say they aren’t well worth consideration. 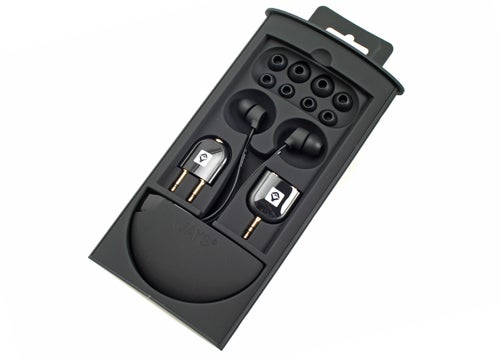 Certainly, there’s nothing to complain about as regards the overall package. The a-Jays Three earphones themselves come along with five different silicone tips, a hard plastic carrying case, an aeroplane adaptor and a stereo splitter. We’ve seen far more expensive earphones come with far fewer accessories. Some may prefer to think that every last penny is going into the quality of the actual earphones, but we think a good bundle makes for better value for money. 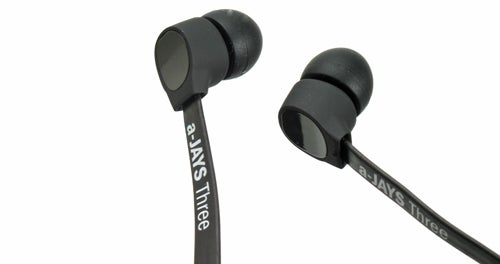 The earphones themselves are a little unusual, featuring flat cables, which look interesting of nothing else. Supposedly this tagliatelle-like design stops the wiring from turning into mess of cable spaghetti when coiled up in a pocket or case and in practice it seems to work. The cabling is finished with a rubberised coating that gives it more of a high-end feel than you might expect for earphones costing under £40. 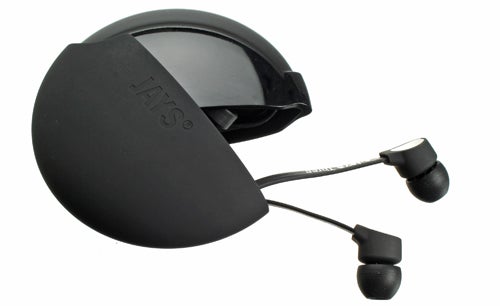 The earpieces are quite fat, but not so much that they don’t nestle snugly into the ear. The whole arrangement only weighs 14 grams, so the a-Jays Three are barely noticeable when worn.


The generous selection of different size tips helps with ensuring a comfortable, secure fit. The right earpiece has a small notch on it differentiating it from its counterpart, aiding correct insertion in the dark when you can’t read the “L” and “R” labels.

The back of each earpiece has a small hole which you’d almost never suspect as being part of the design – a bass port to be specific – without it being called out as such by Jays. It certainly seems to have the intended effect – the a-Jays Three earphones have a resounding, deep bass response. It’s not the purest of sounds, but there’s plenty of warmth and some music sees a positive impact. 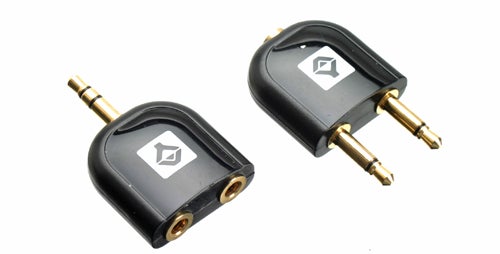 Importantly this full low-end doesn’t overwhelm the rest of the mix. There are occasions when it sounds a little unbalanced, a touch overemphasised, but they’re few and far between. Indeed, some genres of music will outright benefit from the slight bias towards bassier tones. 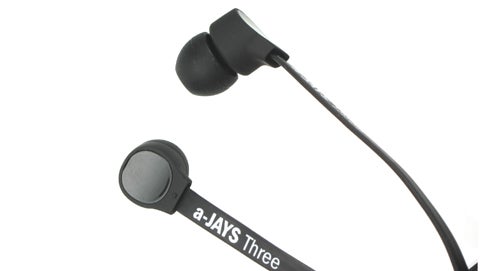 The mid-range is also reproduced as well as could be expected. Vocals stand out distinctly, though not to the extent that they feel disconnected. The high end is the weakest area; there’s nothing exactly wrong, but it lacks that certain sparkle that turns a good set of earphones into a great set. Not, we hasten to say, that for £36 we expect anything else. The a-Jays Three earphones are just as good as many other earphones of similar price. 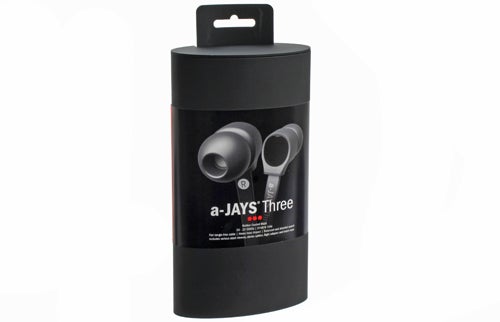 
The Jays a-Jays Three earphones offer a good mix of clarity and power for a compelling price. Some may find the low-end emphasis of the tone not to their tastes, but in general it’s not so extreme as to be distasteful.