Jamo has produced high-quality loudspeakers since 1996, but only now has it diversified into the world of earphones. The new wEAR series offers three models, and today we’re looking at the cheapest of the lot. The wEAR In20m retail for £69.99, putting them in competition with such mid-range big-hitters as the Etymotic HF5, V-Moda Vibe and the new Ultimate Ears 400. 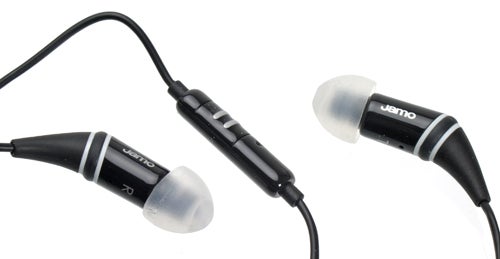 The Jamo wEAR In20m bear a striking resemblance to the Klipsch S2. We’d go as far as to say they look identical aside from the logo and additional hands-free housing used in the Jamo pair. Should someone be calling a lawyer? Not just yet because Jamo is now owned by the Klipsch Group, and has been since 2005. No Sherlock Holmes’ing required.

These earphones use a dual rubber and plastic construction. The main body sections are hard shiny plastic while the back bit, which tapers into the earphone cable, is rubberised. This helps when moving the In20m in and out of your ears, as does the slight ridge where these plastic and rubber sections join.

Are they comfortable though? Well, yes, but they’re certainly not perfect. The rubber tips are very comfortable and easy to insert while the angled design keeps the whole lot relatively low profile – assuming you don’t want to wear them over-the-ears. However, they’re rather long and the housing is somewhat thick so they don’t go unnoticed. Thankfully though, they’re light enough to wear for hours without causing discomfort. 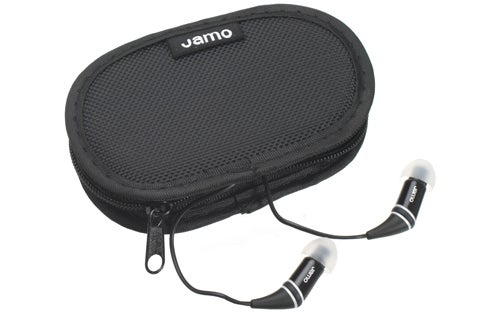 The Jamo In20M only include the bare minimum number of rubber tips for an in-ear pair like this – three pairs, covering small, medium and large sizes. Ideally, we’d like to see some more sizes included, as well as some foam varieties too, though as rubber tips go these are among the best. Ultimate Ears, Shure and Denon all tend to include a wider selection of tips.

About 20cm down the right earphone cable is the hands-free remote housing, controlled with just a single button. There’s no additional music control functionality jammed-in – just the ability to take calls using the mic that’s also part of this housing.

The Jamo In20M use passive noise isolation, the rubber tips creating a seal with your ear rather than employing any fancy signal processing. It won’t block out noise completely, but makes these earphones suitable for use in noisy environments like the London Underground, where standard earbuds have to be pumped-up to volumes that would worry audiologists and annoy fellow passengers. The majority of this pair’s rivals use similar isolating rubber tips though. Again, this is wear foam tips have an advantage as they block out even more noise.

The Jamo wEAR In20m use dynamic drivers, like the vast majority of budget earphones. At the £70 mark, they’re perched around the point where the more audiophile-friendly balanced armature drivers start to become more prevalent – renowned for their tonal accuracy, or at least the potential for it. 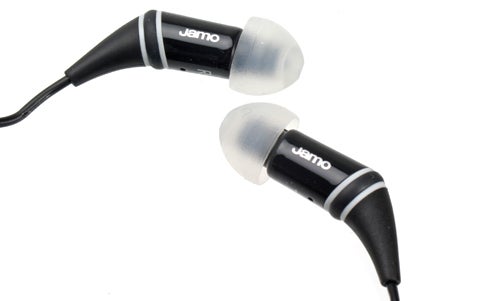 While the price of these earphones is getting close to the ballpark of “serious” earphones, their sound unfortunately is left in another league entirely. Bass response is bombastic, in a rather boomy sense, but isn’t the most expansive or accurate. However, it’s at the other end of the scale that things are really disappointing.

The treble lacks detail and clarity, which can leave more complicated arrangements sounding as if they’ve been passed through a transistor radio before reaching your ears. For all this lack of detail though, the high-end is still harsh in a way that will soon tire out ear drums. There’s plenty of sibilance and more fizz than a freshly-opened bottle of Coke. 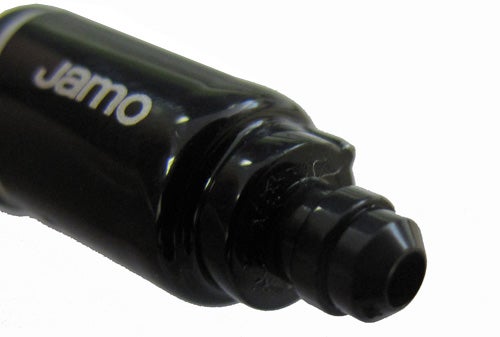 It leaves us suspecting that the Jamo wEAR In20m earphones are just a re-branded budget Klipsch S2m pair, as they share the same look, a similar sound and the same parent company. In no way does this warrant a £70 price tag – they themselves are flawed, and were available for as little as £25 on our last web search.

With the simplest of musical arrangements, the Jamo wEAR In20m can fool you into thinking their sound is half-decent – thanks to the reasonably rich bass – but as soon as anything more challenging is piped into their drivers, these earphones sound artificial and downright poor for the price. Skipping between these earphones and the cheaper, but better, Sennheiser CX300 the effect seems similar to downgrading your encoding rate. In short, the wEAR In20m can make 320kbps MP3s sound as if they’re 96kbps MP3s from five years ago. That’s some feat.

Admittedly, we might not be so cruel if the wEAR In20m were available around the price mark where they’d be truly at home, the £20-25 zone (heck, even £40), but they’re not. For the same cash right now, you could buy the Ultimate Ears 400vi – a pair with more bass (a bit too much for our tastes in fact) and a high-end that positively stream-rolls what you get here. It’s as if the Jamo wEAR In20m have somehow accidentally been enrolled into university when they were meant to have just started secondary school, complete with a tearful goodbye to mummy at the gate. 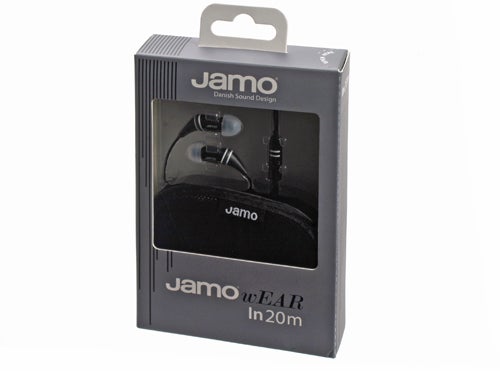 Klipsch may argue that it has used a different driver in the Jamo wEAR In20m than the Klipsch S2, but our ears tell us there’s little real difference. They sound similar to the Klipsch S3, which disappoint at their £40 RRP but win a thumbs-up at the £17.99 price they’ve already fallen to. But £70, for the same audio fidelity? If we’re meant to be fooled, we’re not.

The wEAR In20m mark Jamo’s entry to the earphone market, and while there’s a bang involved it’s the sound of the bubble bursting. Over-priced and seemingly using components already seen in Klipsch’s own much-cheaper (and far from perfect) budget earphones, the sound quality on offer here does not impress. There’s enough bass, but treble quality is poor. Hard on the ears and hard on the wallet, if you want to spend £50 on earphones there are much better choices out there – including some of Klipsch’s own models.