To be honest, the biggest challenge in looking at the catchily-named iWap IUC-101 is working out exactly what it does. The front of the blister pack says ‘4-in-1 Multi-Walk Power’ and informs you that the four functions are ‘Universal Power Bank’, ‘Travel Charger’, ‘Desktop Charger Stand’ and ‘Car Charger’, but this doesn’t really cover exactly what this little box does. The back, meanwhile, is a feast for connoisseurs of Far Eastern nonsense English, containing phrases as exquisite as ‘Infinity expanded battery of powerbank’ and ‘Charging in everywhere, no place limitation.’ What does it all mean? Why should you care?


But in fact the IUC-101 makes a bold attempt to counter one of the major annoyances of modern geek life: the need to carry four or five chargers everywhere you go. I’ve been known to go away with a mobile phone, digital camera, camcorder, iPod and either my DS or PSP, and I can tell you that the chargers for that lot can pretty much occupy my hand luggage by themselves. The IUC-101 will handle many – though not all – of these devices from a single charger, while also doubling up as an in-car charger and packing in a few more tricks. 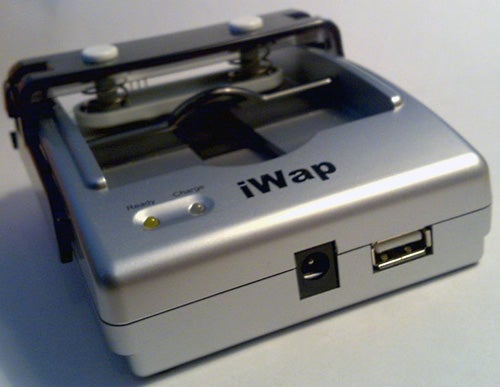 It does so in two ways. First, its single USB connector enables you to hook up and charge any device you can charge over USB. That’s most media players and some mobile phones/smartphones, GPS devices and cameras dealt with right there. Second, it will accept and charge the vast majority of the 3.6v, 3.7v or 7.2v lithium-ion batteries used in mobile phones and digital cameras. The badly translated instruction sheet claims that the battery will fit regardless of shape, the number of connectors or the polarity. 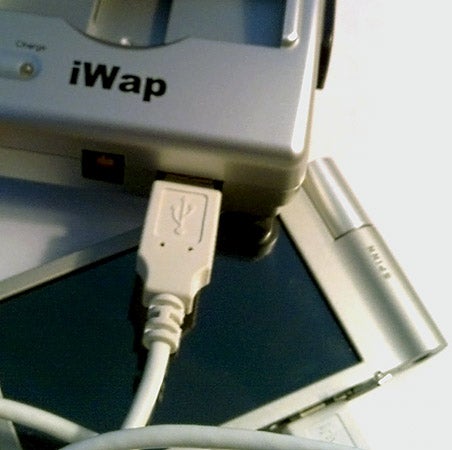 Amazingly, it’s not far wrong. At the top end of the ‘cradle’ in the middle of the box are two sets of sprung four-pin connectors – you can switch these to horizontal or vertical depending on whether the contacts on the battery are mounted on the edge or the face. You slide the connectors along until you think every contact on the battery has a fighting chance of hooking up with one of the pins. You then push the battery against the pins in the hope that the ready light at the bottom of the box will kick in.

After a little trial and error this happens, and you slide the horizontal clamp and clip the vertical clamp into position to hold the battery in place. At this point, you can plug in the supplied AC adaptor or in-car charger. Lights will start flashing green and red and the battery will start charging, and within an hour or two (depending on the battery) the job will be done.


I’ll be honest and say that I didn’t have much faith in the IUC-101. It’s the sort of horribly designed silver plastic device that you’re more likely to see in your local Poundstretcher rather than an electronics emporium. The mechanisms feel cheap and nasty and the instructions are just bewildering. Yet I have to admit the thing works. You connect the battery as described above, some (I’m told) patented technology works out the polarity of the different pins, and the charger works.

Using the IUC-101, I was able to charge the batteries for a Nokia N96, my wife’s Canon Ixus 40 and a venerable Sony-Ericsson phone with ease, while the iRiver Spinn, an iPod Touch, a TomTom One sat-nav and a horrific, cheapo no-brand MP3 player all charged perfectly from USB.


The only refuseniks I came across were the InfoLithium battery from a Sony camcorder (the contacts were hidden within impenetrable channels), the battery from my Sony PSP (ditto) and my Nintendo DS-Lite (you can’t remove the battery and there’s no cable I can find to fit). I’m sure I could come up with more problem devices given time and a cupboard full of cameras and mobiles, but the IUC-101 is still a surprisingly flexible little charger. 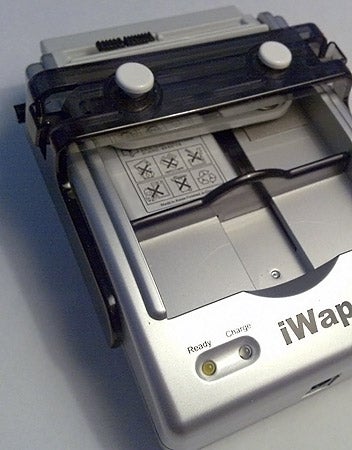 Plus it has another trick up its sleeve. Say you have no power supply at your disposal. Slot a charged lithium-ion battery into the cradle, get the ready light, then connect another device from USB and the IUC-101 will cheerfully suck power from the former into the latter. If the light goes off, simply plug in another lithium-ion battery and continue. It works, and I had my old mobile battery charging my old iPod Mini fairly quickly. I know, I know – who carries a spare lithium-ion battery? Well, nobody, I guess, but if you can live without your digital camera but not your MP3 player then you can sacrifice the one to get the other working. 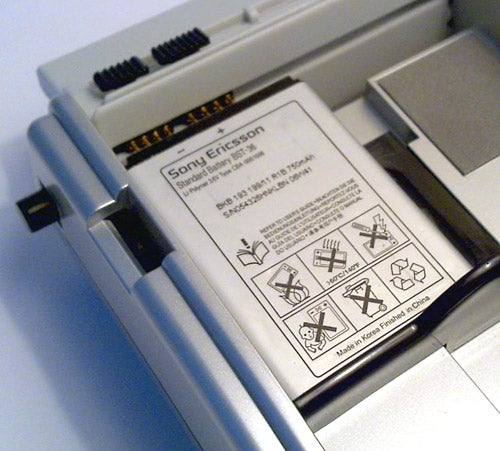 More interestingly, you can also use the supplied adaptor to plug in three AA batteries at a time (the sheet recommends rechargeable NiMH cells) and charge from those. Some might say that it would make more sense to be able to charge your mobile phone battery from your iPod in an emergency, but sadly the process only seems to work one way.


Anyway, the charger basically works, either from mains or from a car if you have a 12V DC output (and most do). Reservations? Well, I’m not sure I feel fully confident in the IUC-101 long-term, and I’d probably be happier using my regular chargers for everyday use than putting all my trust in the non manufacturer recommended option. Not to mention it’s a lot easier to plug in your phone than open it up, prise out the battery and get it working in here. 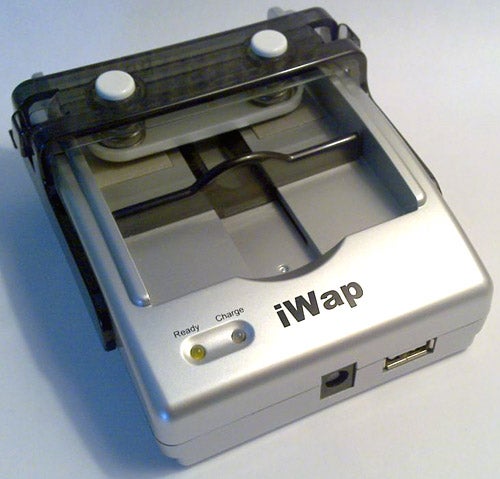 The price also isn’t cheap in comparison to some multi chargers and USB power supplies. But then the IUC-101 is a particularly versatile little chap. It’s a little fiddly, the styling is ghastly and the build quality isn’t staggeringly good, but if you spend a lot of time away from your desk and want something that can handle almost all your charging needs, the IUC-101 will do the job without much fuss.


While hardly the most easy to use or brilliantly designed contraption, the IUC-101 is actually a very useful little charger that caters for a wide range of devices.