In other territories – though there’s nothing on the UK product or packaging – they’re calling this one the Volcano. Nope, I don’t have a clue why, either.


Is it because iRiver’s latest MP3 player is a spectacular explosion of red-hot style? No. It’s actually a most discrete and understated device. Is it because the T7 is erupting with red hot features? Well, it’s an MP3 player with FM radio, voice recorder and USB memory stick capabilities, not to mention a screen, but let’s not get too carried away; none of these features are particularly unusual. Maybe iRiver felt that simply being another rival to the Sansa Clip, iPod Shuffle and Creative Zen Stone Plus wasn’t exciting enough given the competitive state of the market. If so, the manufacturer might have a point. The T7 is a perfectly solid product, but not actually that exceptional in any way. 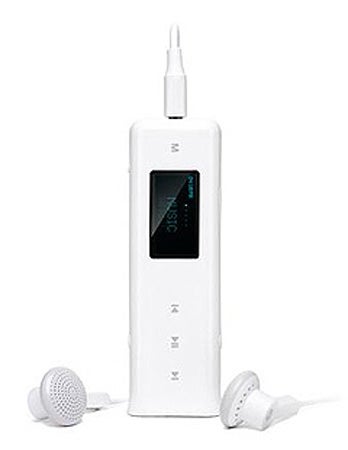 Physically, it’s a handsome and well designed little unit, roughly the size of an older USB pen drive or a 3G USB dongle. Everything is sleek and all the controls have been hidden away as far as possible. The main playback buttons sit to the right of the tiny 1in OLED screen. They’re not touch-sensitive as such, merely squirrelled away behind a flexible casing. The only things that protrude are the volume/select buttons at the top and bottom of the unit and a hold catch on the bottom. The T7 feels lightweight without being quite as cheap or plasticky as the bargain basement Sansa Clip, and if you wanted a unit you could take jogging, travelling or to the gym, then you wouldn’t need to waste much time worrying about the health of this one. 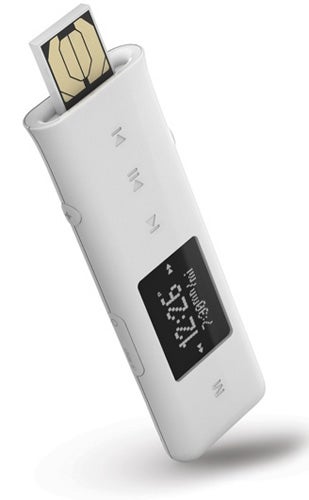 Of course, the T7 has another physical asset: it features a built-in USB connection, meaning there’s no need to find a cable when you want to recharge or refill. Unlike most devices of this type, however, the USB connector isn’t hidden behind a pull-off cover but held inside the unit on a spring-loaded catch; hold in the button on the rear of the T7 and it rapidly flicks out. Note that the connector isn’t the usual USB male type but a sort of stripped back version with the outer metal plate removed. It fitted into every USB slot I tried it with, but the connection felt less secure in some than others. In the unlikely event that you have a slot that this slimline unit can’t fit into, an adaptor cable is provided.

Now, the advantage that an MP3 player like this or the Clip have over the original Zen Stone or iPod shuffle is, theoretically, ease of use. Unfortunately, the T7 doesn’t fare that well in this regard. Surprisingly, the tiny display isn’t to blame. It’s a basic, bright blue on black display, but it fits four lines of scrolling info at any time enabling you to browse the onboard music library or flick through the menu options fairly quickly. The fault lies with the controls and the interface, with an unintuitive system of menus covering the different playback, record and settings modes and buttons that don’t always work as accurately or reliably as you’d probably like.

After a few days I’ve got used to it, but I still have to remember what menu leads to what option and how to navigate between, say, music playback and browsing the library, and it’s a lot less transparent than the iPod Nano or the Sansa Clip. The fact that the Play and Mode buttons have dual functions depending on whether you click or click-and-hold doesn’t always help. 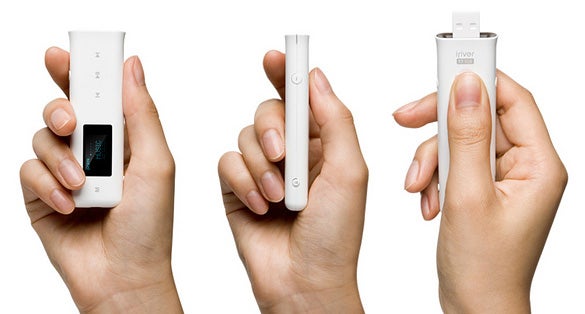 At least getting music on the T7 is easy; you can either drag and drop files straight across using Windows Explorer or use your preferred media player. iRiver has thoughtfully included their own on the accompanying mini CD, but there seems to be little advantage in using it. 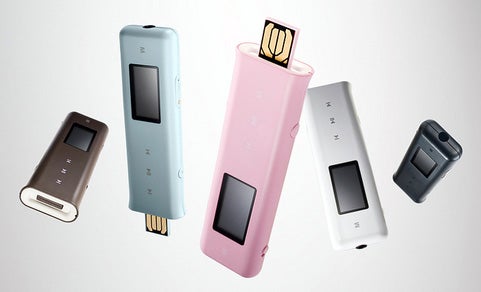 In terms of additional features, you get a bit of a mixed bag. The built-in FM radio works reasonably well, though sound quality varies greatly from channel to channel and setting up presets isn’t as easy as it might be. You can record straight from the radio to a WMA file should you wish and drag these to your desktop later. The voice recorder is fine for the odd muttered note, but the microphone is too weak to pick up voices at any sort of distance, limiting its use in meetings or presentations. 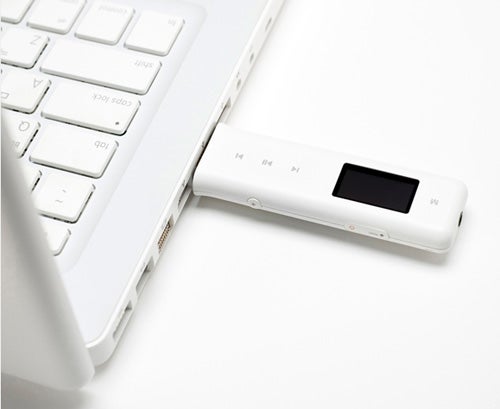 Still, you wouldn’t really buy the T7 for that sort of thing – you would buy it because you want a reasonable amount of music in the most mobile form possible. That being the case, this is a perfectly decent little player. Even with the cheap supplied earbuds it produces a good, clean sound with a robust bottom end and a good tone across the range; nothing exceptional, but fine for a player of this type. Six EQ settings, a custom option and a rather clumsy bass boost function mean you can tailor the sound to your preferences. SRS WOW HD processing can also be added if you like that sort of thing, though I found the sound more live and natural without. Jet’s ”Are You Gonna Be My Girl” rocks hard with a suitably pounding bassline and choppy guitars high in the mix. The reverb-drenched atmospherics of ”Volcano” from Beck’s ”Modern Guilt” are immersive and convincing, with the clean guitar tones ringing through the dark and murky layers of sound.

Plug in a decent set of replacement earbuds, however, and the limitations of the T7 become a little more apparent. With a set of Denon AH-C751’s the bottom end gets a little too strident and boomy, the sound filling out but growing fuzzy at the extremes. Meanwhile at the top end there’s a thin line between bright and brittle, and the T7 crosses it too often.

And when you compare the T7 to the cheap-as-cheap Sansa Clip it doesn’t fare as well as you might expect. Fire up my colleague Jon Bray’s test favourite, Georgie Fame live at the Kentish Town Forum, and it’s clear that the Clip copes better with the low frequencies. The keywords are clarity and presence, and the Clip gives you an audibly bigger dose of both, particularly with so many instruments in play at once. Even with something sparser, like Newton Faulkner’s cover of ”Teardrop”, the T7 loses out. The song passes muster on the T7 but it never comes alive in the way that it does on the Clip. The tapped out percussion doesn’t connect with the same kind of confidence, the acoustic guitar line doesn’t seem to cut through the sound in quite the same way, particularly as things get slightly too bombastic towards the end. The T7 is a competent performer, but it’s what you’d expect for the price, nothing more. 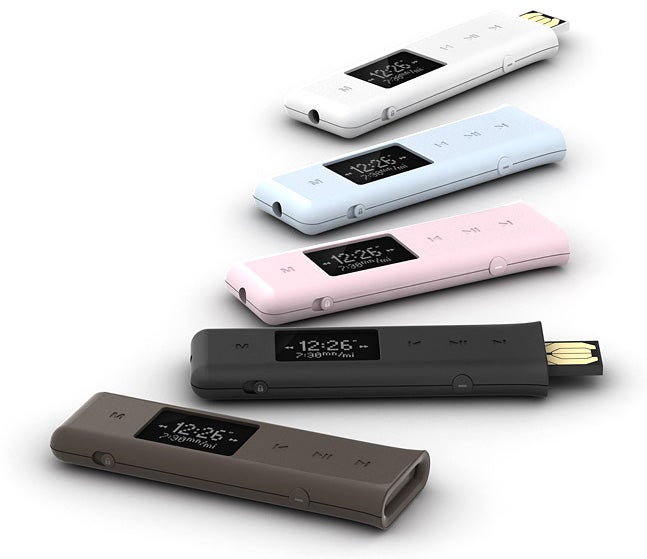 On the plus side, format support is good with ASF and OGG handled natively on top of the usual WMA and MP3 options. However, at around ten hours of battery life it’s down on the Clip and iPod Shuffle in this respect as well. What the T7 has got going for it is capacity – 4GB where the Shuffle maxs out at 2GB (a 4GB Clip has recently surfaced, though) – and at a very reasonable price. All the same, given that this is unlikely to be your main player and that the 2GB Clip is available for £20 less, this isn’t a totally convincing argument in the T7’s favour. If you need that extra 2GB and the all-in-one convenience of the built-in USB connection, then it’s worth putting on your shortlist, but if you simply want a cheap and cheerful lightweight player for everyday use, the Clip would still be our choice.


A perfectly solid Clip-rival let down by poor navigation and reasonable, but not exceptional sound quality. Only worth serious consideration if you find the added capacity essential.