iRiver has fallen away from the public eye since its products first reached our shores a few years back. For a time its hard disk players were the only serious rivals for Apple’s all-conquering iPod, but since then, increased competition has seen its presence on our high streets wane.


But you can still buy iRiver products over here in Blighty and there remains good reason to. The qualities that made iRiver so successful initially still pervade its products today. Innovative features and superb sound quality made its products challengers to Apple’s supremacy, and they were hallmarks of the Clix 2 player that so impressed Riyad only a few weeks ago. 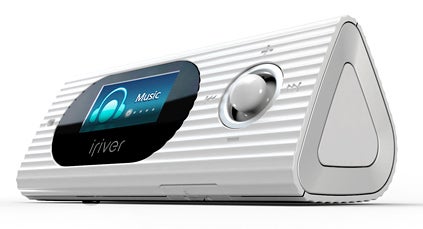 The Clix is what iRiver calls its Multifunction range of flash players – allowing you to play video, view pictures and listen to music – so we thought we’d take a look and see how the company’s dedicated music players stacked up too. iRiver’s 4GB T60 is what we came up with.


On the face of it, though, this player is a bit of an odd product. For starters it has an unusual shape – while every other manufacturer is trying to slim their players down to the point at which they virtually disappear into thin air, iRiver has produced something that looks very much like a very small Toblerone. 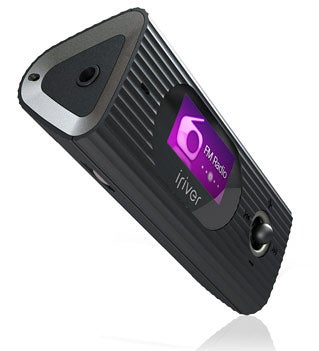 The second weird thing is that it uses standard alkaline batteries. This seems a tad old-fashioned in an age where lithium-polymer chemistry, quick-charging power units and 30 to 50-hour battery life are the standard. But it does have a flexibility that a player with a built-in rechargeable battery will never have. You can power it wherever you are in the world, regardless of access to a PC with a USB port, and you don’t have to lug a wall-wart around with you if you want to travel light. That’s enough to have generated a whole army of devotees to iRiver’s AAA-powered players over the years.


The downside, though, is average battery life. At around 20 hours from one battery, if you listen to it a lot, things could get quite expensive. Still, you can always buy rechargeables to use when commuting and swap to alkalines when away on holiday.

A more serious issue is that the T60 consumes the battery power when you’re transferring tracks to and from the device – it doesn’t draw power from the USB cable. This means that, as soon as the player begins to get low on juice it simply refuses to let you transfer music to and from it. And it happens pretty early on too – with two bars left out of three on the battery gauge, in my case.


The usability of the device is also on the idiosyncratic side, though it is at least greatly improved over previous iRiver ultra-portable efforts. The CSTN colour screen is very clear and easy to read, and basic navigation works well with the tiny joystick. But you can only browse by folder on this player, not by using artist, genre, or album tags, and the navigation can be inconsistent in places too. Finally, at £99, the T60 is also quite expensive for a 4GB device that only plays music. 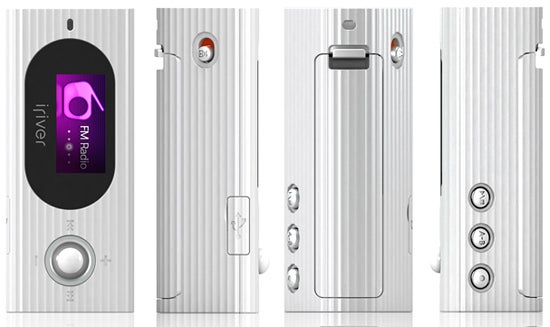 So far, so iffy. There’s nothing, on paper at least, that makes the T60 stand out from the crowd. It’s only when you plug a set of halfway decent headphones into it that you start to think it may be worth the money.


As with previous iRiver products I’ve listened to, this is one hell of an accomplished player. It sounds warm and full with plenty of detail and enough bass to keep most bass freaks satisfied. And in back-to-back listening tests against the Samsung YP-T9 and iPod Shuffle reviewed recently, it is quite simply ahead. 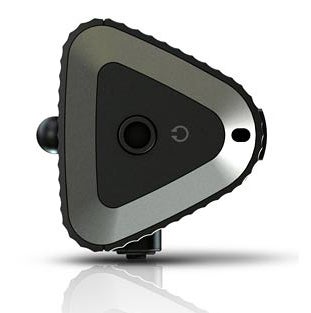 Of course one of the benefits of buying iRiver products is that they support Ogg Vorbis, an open source music compression codec that is generally regarded as superior to MP3 and WMA. The T60 is no different here and supports Ogg files right up to Q10 – which is equivalent to 500kbps. And let me tell you, music encoded this way sounds absolutely fabulous on the T60.


Stacey Kent’s silky smooth vocals on her album The Lyric sound every bit as seductive as they do live. There’s no tendency towards over-sibilance at the top end, and while there’s plenty of bass weight there it’s never completely overpowering, leaving Jim Tomlinson’s tenor sax with none of the honking bloom that can afflict it on inferior equipment.

Listening to something a little more upbeat failed to put the player’s musical nose out of shape, with the Killers’ epic guitar riffs and synthesizers coming through clear as day. The Prodigy’s chaotic, thumping dance was reproduced with a real verve and sense of timing, while simple pop was despatched with aplomb.


If anything it struggled a bit to reproduce the full dynamic impact of the opening to Mahler’s 5th symphony but with other, less demanding classical the T60’s performance was admirable, creating plenty of atmosphere during the haunting parts of the Concierto d’Aranjuez. 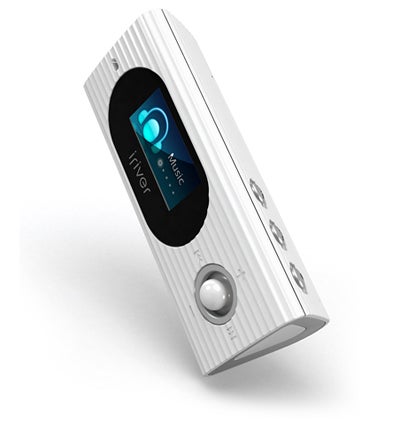 Perhaps most impressively, the T60 manages all this and keeps cranking it out even when given more difficult loads to drive. I plugged in a pair of Shure E2C noise isolating in-ear canal phones, then moved to a pair of Koss Sportapros and finally to a set of high-end Sennheiser noise-cancelling cans, and in every instance the T60 stepped up to the plate.


Other positive features include a standard mini-USB socket so you can hook it up with any old cable, and a pretty decent FM radio. The supplied earbud style headphones are decent too, though to take full advantage of this player you really ought to be spending a few pounds on a high-quality pair of phones.


There’s no doubting the T60’s musical credentials – it’s right up there with the best in its price bracket and sounds fantastic. The fact that it takes a single AAA battery also makes it a very flexible player for those who want to travel light.


But it is quite expensive and there are just a few too many flaws for us to seriously consider recommending it; the lack of USB power for connection being foremost among these. If you’ve got this much money to spend you’d be better off opting for the 2GB iRiver Clix 2 or its 4GB version for a few quid more.