After a scarily long hiatus, home cinema projection brand InFocus suddenly re-emerged in May 2010 with a single new projector, the £3,000 ScreenPlay SP8602. This was a rather quirky beast in some ways, but certainly delivered the picture quality goods.


With last year’s SP8602 it perhaps wasn’t entirely obvious exactly where the focus of InFocus’s return to the notoriously tough UK projection market might lie. But this year it seems as if the brand’s assault is going to be focused on good, old-fashioned value for money.


For it becomes apparent during the course of the review that the SP8602 is very similar indeed to the previously reviewed Vivitek H5080, yet while the H5080 costs the best part of three grand, the SP8604 is less than Â£2,500. A substantial saving – enough, in fact, to buy you a very healthy collection of Blu-rays, or maybe a spare lamp for when the one you get in the SP8604 wears out after around 3,000 hours. 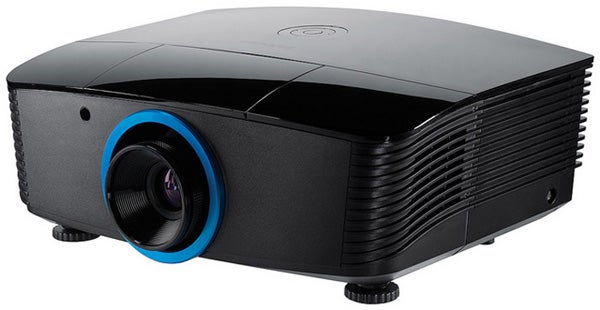 
Our first clue to the SP8604’s similarities with the Vivitek H5080 comes as soon as we look at it, for it’s more or less identically designed. This means it’s a quite large, chunky bit of kit, with a gently arced and glossy top edge, a centrally mounted lens, and ribbed side panels for letting out heat.


The only obvious difference is that while the Vivitek had a silver ring around the lens, the InFocus has a metallic blue one – a wry little nod, we guess, to the peculiar and certainly flawed decision to put a bright blue neon light circle around the lens of the SP8602.


Directly above the lens on the SP8604’s top side is a slide-forward panel hiding two of our favourite projector things: simple knobs for optically shifting the image horizontally or vertically.


There really is no overstating the importance of such tools on a mid-level projector, since they let you get an image perfectly positioned on your screen – even in potentially quite awkwardly shaped rooms – without having to digitally distort the image via keystone correction.

When it comes to connections, the SP8604 is surprisingly ahead of the game. For while most projectors – even mega-expensive stuff like SIM2’s Francis Ford Coppola-favoured beasts – still only carry two HDMIs, the SP8604 manages three. All built to the v1.3 spec, and all equipped with Deep Colour support.


Even more surprising, perhaps, given the SP8604’s affordability, is its carriage of a RS-232C control port and two 12V triggers, making it an ideal candidate for integration into a wider AV system.

After the startling decision to ship the SP8602 with a remote control designed to mimic the appearance of its host projector, it’s slightly disappointing to find the SP8604’s remote being a wholly more ‘normal’ affair. But all that really matters, of course, is that it gets the job done very well thanks to a decently logical and spacious layout, and a bright backlight. Heading into the SP8604’s onscreen menus finds a decent level of presentation together with a strong set of features for the projector’s price level. There’s no sign of the presumably proprietary ‘Vivixxx’ features found on the Vivitek H5080, but so far as we can tell without still having an H5080 here to compare with, pretty much the same sort of stuff is on offer under different names with the SP8604. 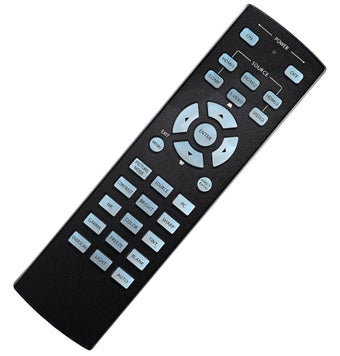 Kicking things off are a series of presets (movie, normal and bright), plus three user-definable setting memory slots. Handily you can pick which of the factory-defined presets you want to use as the starting point for your own user settings. Obviously given our blacked out room environment we used the movie preset as our calibration starting point, but we guess the others could come in handy if, god forbid, you have to use the SP8604 in a room with some ambient light in it.


In the basic picture setup menu are typical brightness, contrast, colour, tint and sharpness settings, while in the Advanced menu can be found much more interesting options such as a noise reduction system, gamma settings, a colour temperature adjustment, adjustment of the hue, saturation and gain levels of the RGBCYM colour elements, a flesh tone adjustment, 10 different iris settings, and a couple of more controversial options in the form of a Motion Smoothing system and a DynamicBlack mode that automatically adjusts the iris in response to the content of the image. We’ll come back to why these are controversial later. 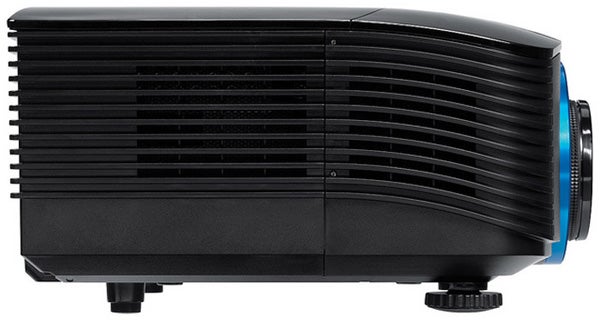 The only other really important feature, tucked away in the Advanced Setup menu, is the option for toggling the lamp between normal and ‘boost’. This is definitely worth visiting, for ensuring it’s not set to its Boost position will increase the life of your bulb, reduce the projector’s power consumption, stop the projector running so noisily and best of all improve your picture quality – so long, at least, as you’ve got a darkened room.


When we first started testing the SP8604, we weren’t totally blown away. First, the picture didn’t look very stable, with obvious brightness shifting. And second, motion didn’t look quite right, with most fast or large moving objects tending to have a slightly flickery look, or a shimmering halo around them.

Thankfully, though, both these distracting problems were down to options in the onscreen menus rather than being endemic to the SP8604’s optical engine. The brightness shifting was caused by the DynamicBlack option, while the motion issues were caused by the Motion Smoothing feature. Turning the DynamicBlack option off and setting the iris to around its 3-4 level sorted stability out without spoiling black level response, while deactivating Motion Smoothing got rid of all motion processing artefacts.


It should be said that turning the motion smoothing off entirely definitely does lead, inevitably, to the appearance of judder. Personally we don’t have a problem with this, but if you find it irritating, there’s no harm in experimenting with the lowest-power mode of the Motion Smoothing option.


Aside from the easily avoidable teething problems, though, the SP8604’s pictures are absolutely outstanding for its price point. 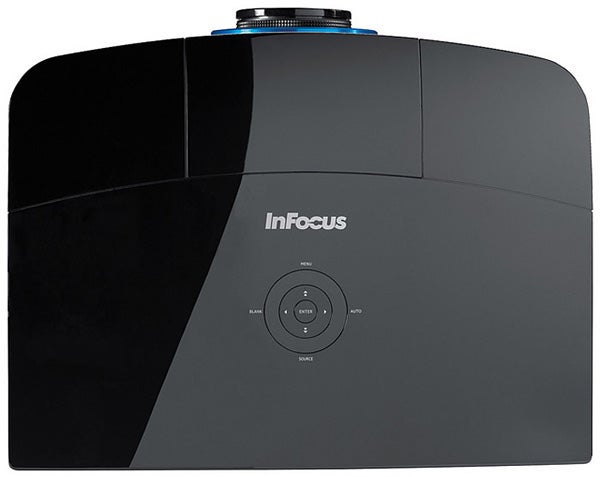 Perhaps their single most startling strength is the way they produce exemplary sharpness and fine detailing when showing HD sources without suffering with video noise. Most affordable DLP projectors tend to suffer with various types of dot crawl, be it greenish dotting in dark areas, fizzing over skin tones during camera pans, or general pixellation over skin tones. But the SP8604 delivers its sharpness while being almost completely free of all these common problems, a fact which speaks volumes about the skill with which InFocus has blended the SP8604’s DarkChip 3 DMD, six-segment colour wheel and UNISHAPE lamp, among other things.


Not having to see overt DLP noise in dark areas of the picture also boosts the image’s perceived contrast to a level beyond what we’d normally expect for the SP8604’s money. Yet post calibration (having used the movie preset as a starting point) there’s also no sense that the impressive black levels are forced, for dark areas of the picture still contain plenty of shadow detail.


Colours are very good too for £2,500, in terms of both their general naturalism of tone and the subtlety with which tiny tonal shifts and blends are portrayed.


InFocus has built PixelWorks DNX scaling into the SP8604, and this does its normal good-to-very-good job of upscaling standard definition feeds into the SP8604. Though obviously you should try to stick with HD sources where you can with any projector.


Yet another area where the SP8604 scores a palpable hit is with its rainbow effect. Or rather, the lack of it. For it was only after we’d been testing the projector for 8 hours or so that we suddenly realised we hadn’t even thought about single-chip DLP’s usual problems with colour striping. Even when we forced ourselves to look for the rainbow effect we still hardly ever spotted any, so we’d say it shouldn’t be an issue at all for the vast majority of viewers.


Really the only complaints we can muster about the SP8604â€™s performance bearing in mind its price are that panning quickly around while playing video games can cause a momentary bluish shadow to appear around some objects in the frame, and that it runs a touch noisily and very warmly even with the lamp set to its lowest power output.


While we certainly welcomed InFocus back with open arms with last year’s SP8602, it was a bit too clumsy in places to feel totally like the old InFocus we used to know and, for the most part, love. The excellent SP8604, though, while not totally original, feels much more the product of a company with a genuine masterplan. We await their next move with interest.