The debate about whether an iPad 2 can effectively replace a laptop is hotly-contested. Many iPad owners say it can, while everyone else laughs at the idea, insisting that all anyone does with the thing is play games. The iLuv Bluetooth keyboard is a powerful argument against such an idea, offering a full keyboard that makes longer-form typing viable. 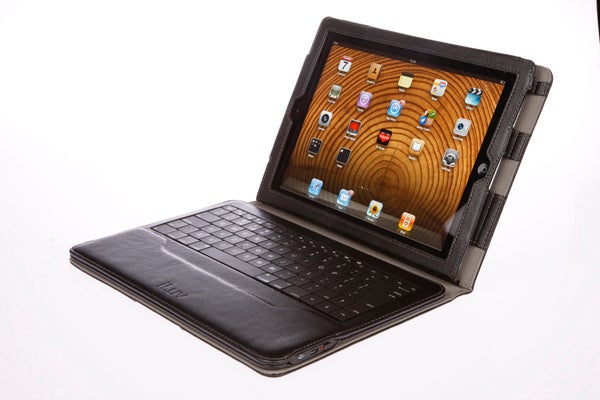 Its case uses a standard folio design, but there are no poppers, buttons or bits of Velcro to be seen here – aside from one popper that the case tells you not to touch. Everything is kept in place with the power of magnets. 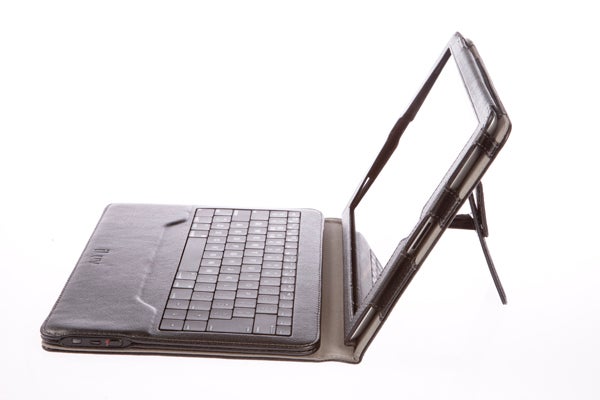 The front clasp holding the folio together works this way, as does the removable keyboard. The keyboard magnets in particular are superb, offering a strong enough hold to keep the keyboard in place if you dangle the thing mid-air and give it an aggressive waggle. It also gives the iLuv case a very neat look. 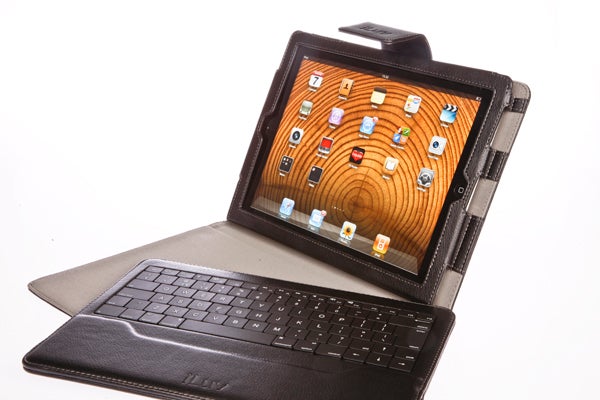 The other important factor in any keyboard case is the stand. This one has a few limitations. It can handle the weight of the iPad easily enough, but only rests reliability in one position and isn’t wide enough to let you use with the iPad resting on your knees, unlike Belkin’s take on the keyboard case. However, being able to remove the case is very handy, letting you type away with the keyboard on your knees with the iPad propped-up elsewhere. 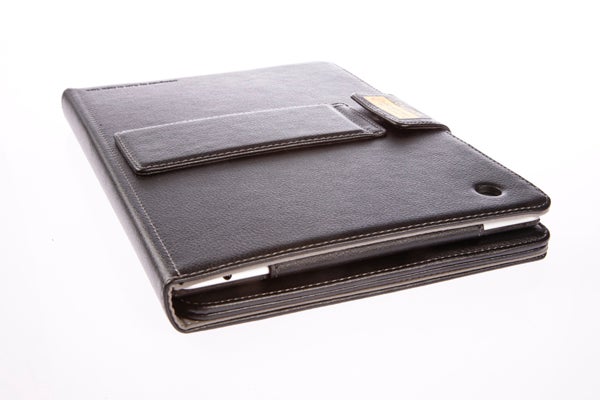 A rechargeable battery is built-into the keyboard part, charged using the microUSB socket on its right edge. Within this little control panel, there’s also a power switch and an indicator light that doubles as a Bluetooth sync button. 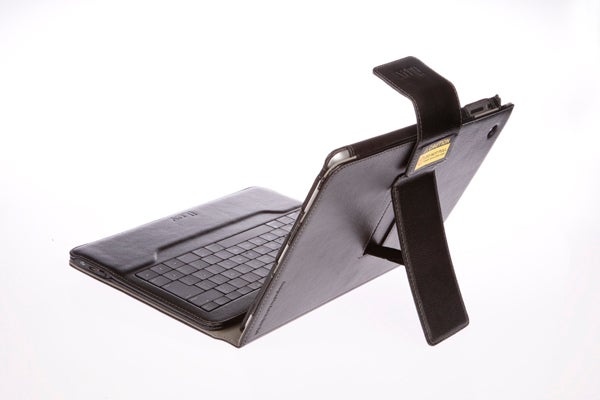 The keyboard sits flush with the leather-effect surround, and feels a little cramped. It takes a little getting used to, and as there’s very little contouring to the keys, the learning curve requires the attention of your eyes as well as your fingers. For the first few days of use, your emails are likely to be a typo-ridden mess. It isn’t up there with Apple’s own Bluetooth model, for instance. However, it is quicker than using the virtual keyboard and the keys have a well-defined – if shallow – action.

Its compactness lets the keyboard module stay thin and fairly light; it’s 258g and around 8mm thick – not bad given there is a layer of padding in the keyboard surround. 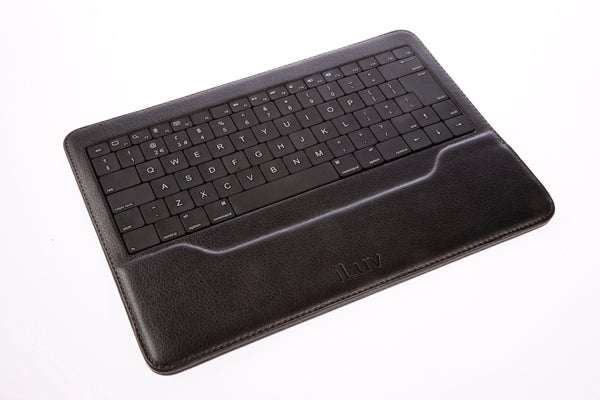 When the case is combined with the keyboard and iPad, the result is a chunky package. Weighing 1.176kg, it nearly doubles the weight of the tablet. You can of course remove the keyboard if it’s not needed. This leaves a little slack in the folio’s clasp, but nothing major. At 325g, the case alone is a little heavier than the norm but not disastrously so.

Both the case and keyboard have a fake leather plastic finish that’s given a thin layer of padding to try and recreate some of that real leather softness, but it’s not quite as luxurious-feeling. At the RRP of £80, this seems a bit of a blunder, but now it’s available for just over £50 it’s not so much of a problem. 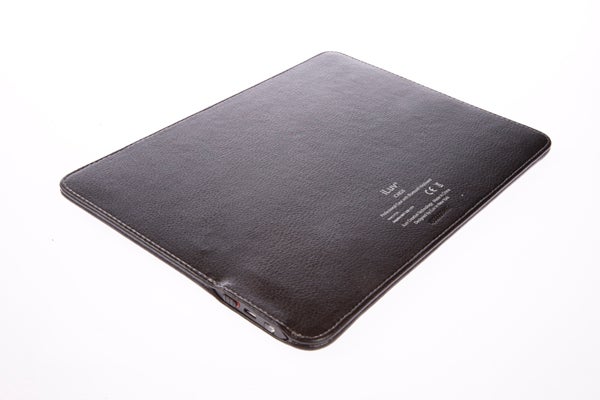 There are keyboard cases out there that offer better typing experiences, such as the Belkin folio, but they tend to cost significantly more than this iLuv case. And there’s something very satisfying about its brilliant use of magnets to secure the keyboard.

Verdict
The iLuv Bluetooth keyboard case for the iPad 2 has a very clever and clean design, using magnets to hold the removable keyboard module in place. This lets you get rid of its extra bulk and weight when it’s not needed. The keyboard itself feels a little cramped, and more defined contouring would have made touch typing easier – but it’s nevertheless one of the best you can get at the price.