The PC wasn’t originally designed for games. Neither the keyboard or mouse has ever had games in mind. In fact, the QWERTY layout we use today was designed for use on typewriters with the sole intention of stopping keys from jamming up. Unbeknown to most, there is another standard called Dvorak, which is apparently more efficient and lowers RSI risk. Yet we still stick with what we know – change is a hard thing to implement.


Of course there are gamepads and joysticks around, but I personally hate them for FPS games. I feel like I missed out a little, when many of my friends were having mammoth weekend sessions of GoldenEye on the N64. I was completely useless with a controller. Give me a mouse and keyboard and I’m one happy camper (literally – ed.).


You’ll notice on your keyboard, there are a few raised spots that are supposed to indicate where your fingers rest. If you’ve played games for even a mild amount of time, take a look at your fingers now and you’ll probably find that instead of being on these raised spots, they are already poised over the WASD keys. I’m going to guess that not only did you just check, you’re now laughing as you’ve realised I’m right.


The Dvorak standard has had very little penetration, being generally more hassle than it’s worth. So what makes Ideazon believe that it can have any better luck by introducing a gaming keyboard? 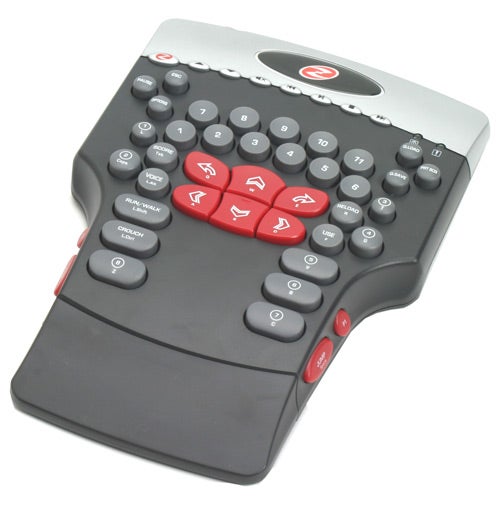 This particular model – FANG, is designed as an add-on to your current keyboard. There is also a model that is a standard keyboard with this module integrated. The ideal demographic for this is notebook users, as they have traditionally poor keyboards for playing games, which also tend to get a little warm on the wrist, so an external keyboard makes sense.


The device itself is USB and doesn’t require any drivers. From a hardware point of view, the PC just sees it as a standard keyboard. Although the keys might look special with “reload” written on it for instance, this just maps to a standard key – like R. This makes it 100 per cent compatible with any game. Inside the game where you would usually map keyboard keys to action, you do exactly the same except press a key on the Zboard. 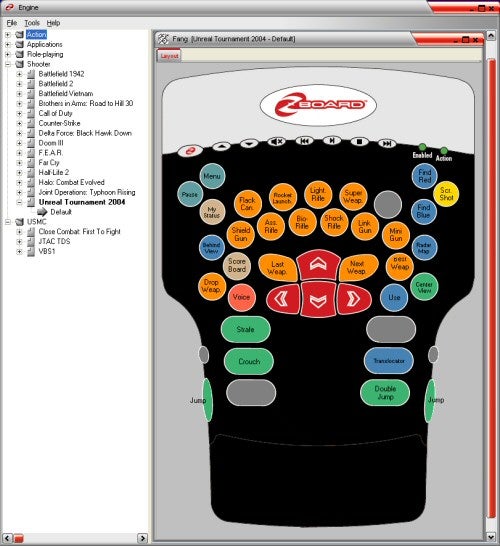 The Zboard is also bundled with its own software that can remap the keyboard to suit the default keys of any game. This is quite convenient as you don’t need to do any remapping. However, one of the beauties of this device is its portability. I’d be taking it to work, other LAN events where I won’t necessarily have the same PC and just want to plug it in an start fragging. Unfortunately, having to install a piece of software first kind of ruins this plug and play dream.


However, if you’re only going to be keeping it on one or two PCs, it’s a time saver. It doesn’t support as many games as I expected – but the key mappings are quite similar from game to game, so there is a high chance that there is one that already works. 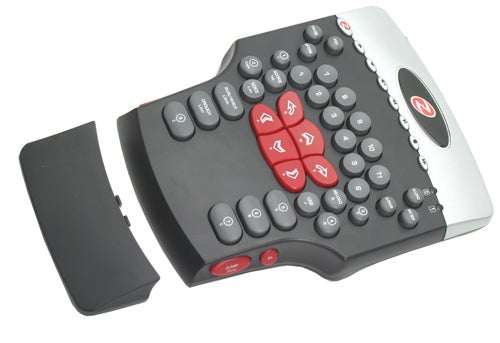 The wrist rest is nice, but flimsily attached – be careful with it. The whole board is height adjustable and can be used by both left and right handed users. This would be great for our Deputy Editor, Benny, who is left handed. Because of the keyboard positioning, he tends to use the arrow keys instead of the all mighty WASD.


On a keyboard you would traditionally use the space bar for jump. On this, the jump is a small button on the right and left hand side of the device (hence being ambidextrous). This takes a little getting used to, but it actually works well. When your hand is resting on the device, it lays in a more natural position, instead of like a scrunched up claw. I’m certain that this will help with RSI issues (one of the many reasons I don’t play many games nowadays).


Aside from the oversized WASD keys, the rest are a little smaller than a normal keyboard and feel slightly strange. It takes some getting used to, but having everything in one area is useful and certainly makes choosing weapons easier. However, for many games, you want to have in-game conversations. What’s a game of Counter-Strike without saying “wtf, lag”. This would naturally involve moving hands over to your full keyboard, which depending on how much desk space you have, may be tucked away out of site.


At the top of the keyboard are multimedia controls, which didn’t work with Winamp, but I’m sure there are ways of coaxing this into operation. 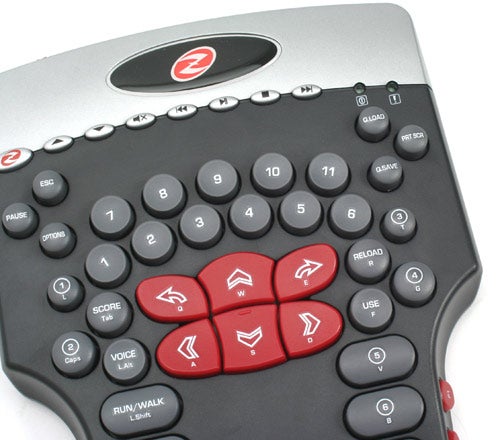 
Did this keyboard enhance game play? Initially, no, but the more you get used to it – the less delay there is in pressing the keys as you don’t have to dart around the keyboard. But quite honestly, I don’t think that’s enough reason to buy it. If you have a notebook, this would be well suited and is small enough to fit in a notebook bag. If you suffer from RSI, it could also really help. After all you can’t put a price on your health. Well, actually, yes you can, it’s £39.99 (although Amazon has it for £29.99 at the moment).