Some technology is complicated. When it is, only experts, and people who spend more time than they should at their PCs, can be bothered with it. Other gizmos – like the iPod – are more universally embraced.


Why? Because these products do one job so well, you hardly have to think about the technology behind them. And though it won’t be grabbing any newspaper headlines any time soon this is exactly what the humble Icybox IB-360 does – one simple job well. 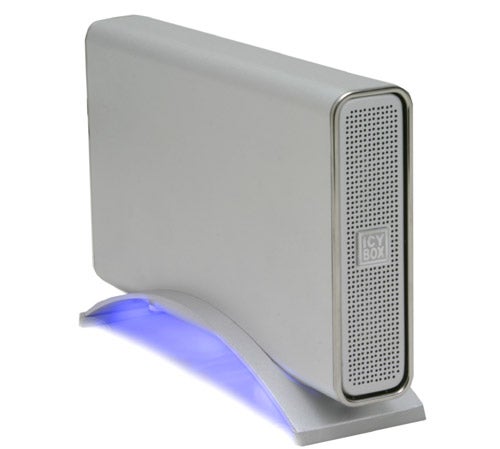 We won’t deny that German manufacturer Raidsonic could learn a thing or two about marketing messages, especially when the message on the cover of the manual pumps up a product this simple as: “A new Deffination (sic) of Multimedia”. But as long as you realise that a simple external hard disk caddy isn’t going to furnish you with the meaning of life you won’t be disappointed.


The Icybox IB-360 is part of a growing family of external storage solutions that take advantage of USB 2.0’s fast 480Mbps bandwidth. And for anyone who has an old hard disk hanging around from a previous upgrade and regularly needs to move large chunks of data around from PC to PC, or wants extra disk space but doesn’t have any space left inside their machine, or needs some means of backing up their entire system, this is a relatively inexpensive way of doing it.


Even if you buy a new disk specifically to mount in this enclosure, it will cost you no more than spending your cash on a ready-built unit, perhaps even less. Plus the matt silver finish and blue LED which doubles as a disk activity indicator, looks pretty cool, especially when mounted vertically on its curved aluminium stand. 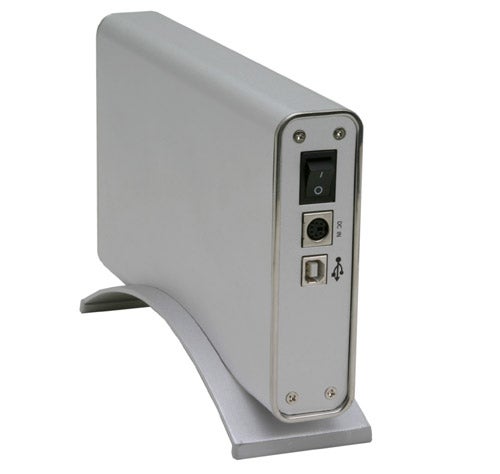 Setting it up is simplicity itself. All you have to do convert your existing internal drive into a portable external data storage unit is to undo four screws on the base of the unit, withdraw the tray and plug your drive into the parallel ATA cable and three pin molex power connector inside, secure the hard disk to the tray using the screws provided, then slide the whole shebang back into the case.

The Icybox will take any hard disk with an ATA interface you care to throw at it too. Not having the power supply integrated is slightly irritating, though. It’s one of those dangling brick affairs, which hampers portability.


Testing revealed that it makes no sense to mount a very fast hard disk in the Icybox as the interface and electronics in the box inevitably choke the speed right down. But to see how fast it could go we tried a 40GB 7,200rpm Seagate Barracuda ST340017A in it. This disk has a claimed maximum sustained transfer rate (STR) of 44MB/s. 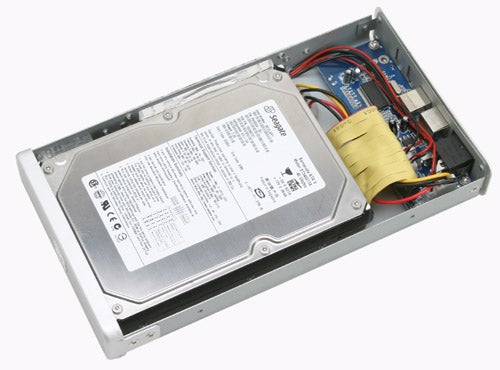 Using Intel’s open-source Iometer hard disk benchmark software to test sequential read and write speeds of both small and large files revealed maximum STRs of 30.9MB/s and 24MB/s respectively. These figures were 27 and 43 per cent slower than the speeds achieved with the drive connected internally. Results achieved using HD Tach confirmed this, with sequential read speeds 41 per cent slower and a burst speed of just 33.8MB/s compared to 92.2MB/s internally.


In real world tests this translated to just over three minutes to copy a 4.54GB backup file from an internal drive to the Icybox, and some two minutes and one second to copy across eight albums from my music collection. 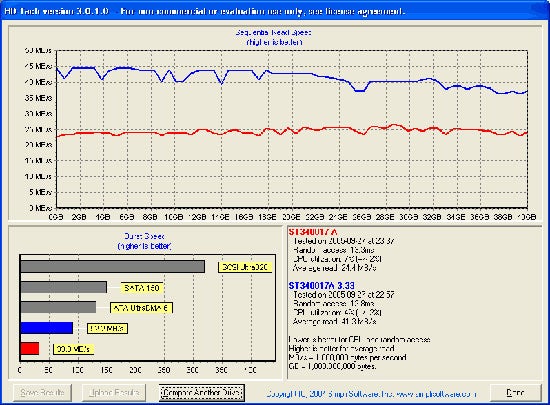 Mounting an older, slower and, more importantly, cheaper drive makes more sense. We tried an old ATA 66 IBM Deskstar 37GP, benchmarked it internally and in the Icybox, and achieved identical results. It was slower than the Barracuda, admittedly, but not by much.


In short, the Icybox IB-360 does a simple job and it does it well. Speed, inevitably, is limited by the interface and electronics in the box and determined by the speed of the drive installed, but at just £20 it represents a bargain way of turning that unused drive lingering at the bottom of your PC bits ‘n’ bobs box into a useful backup or portable mass storage device. It may not the world’s sexiest or most exciting piece of kit, but it is straightforward technology that works without a fuss.