The Huawei Ascend Y550 runs a fairly recent, but not entirely up-to-date, version of Android. It uses Android 4.4.4, one step behind Android 5.0 Lollipop.

Its look and feel is determined much more by the Y550’s custom EmotionUI interface than its version of Android, though. The biggest change it makes is to get rid of the apps menu. 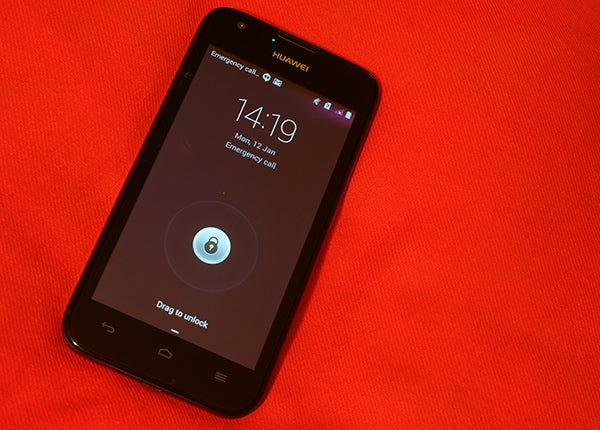 As with other Huawei phones, everything that is installed on the phone has to have a place on the home screens. It’s an iPhone-style approach, but means you need to be a bit more careful about curating your Y550 than most phones. However, EmotionUI does support folders, giving you some tools to help out.

This version of EmotionUI doesn’t look too bad compared with older versions of the system, either. Fresh out of the box the Huawei Ascend Y550 has a pretty tasteful skin, not something we can say about all Huawei phones. There’s a handful of other themes you can apply too, which tweak the wallpaper, icon style, lock screen design and so on. 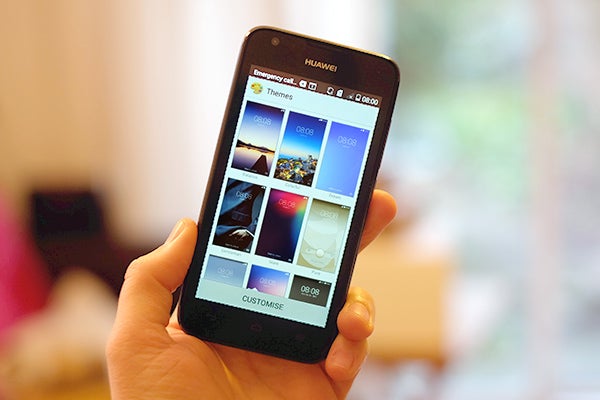 However, we were disappointed to see that there aren’t reams more to download. Being able to download more is meant to be one of the main draws of EmotionUI. There’s a Themes app and a tab that lets you peruse Themes to download, but there simply aren’t any there. Did someone forget to flick a switch on a server somewhere?

Nine themes come preinstalled, so the feature isn’t a total dead loss – it just hasn’t been exploited as well as it has on some other Huawei phones. Hopefully this will be fixed soon, as there’s no obvious reason why there aren’t more to download.

The Huawei Ascend Y550 comes with a handful of extra apps installed, and while you may not use them, Huawei’s heart is at least in the right place. They are utilities, not obvious bits of bloatware. You get a Torch, Office suite, a phone manager app, FM radio, apk installer, file manager and backup app. 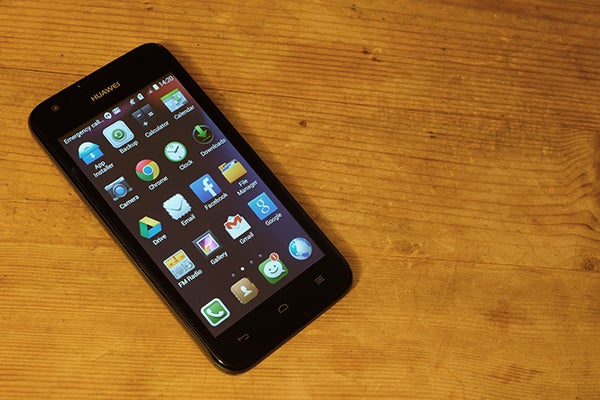 Part of the customisation made in the Huawei Y330’s custom interface is that screen transitions glide with a bit more inertia than in standard Android 4.4. This actually brings its feel a tiny bit closer to Android 5.0 Lollipop.

Performance is ever-so-slightly faulty, although there are some tweaks you can make to improve it.

As is common among budget phones, there are some elements that lack the final finishing optimisation touches. For example, haptic ‘vibrate’ feedback is engaged in the keyboard as standard, but as the motor feels as though it’s slightly out of sync with key presses, it feels as though the keyboard is lagging.

Here’s the thing – it generally isn’t. Turn haptic vibration off and it’s fairly swift. App load speeds are slower than they would be in a much more expensive phone too, but there’s much less of the general system-wide lag seen in some earlier budget Huawei phones.

The Huawei Ascend Y550’s insides have something to do with this too. For a £70 phone, the specs are commendably good. 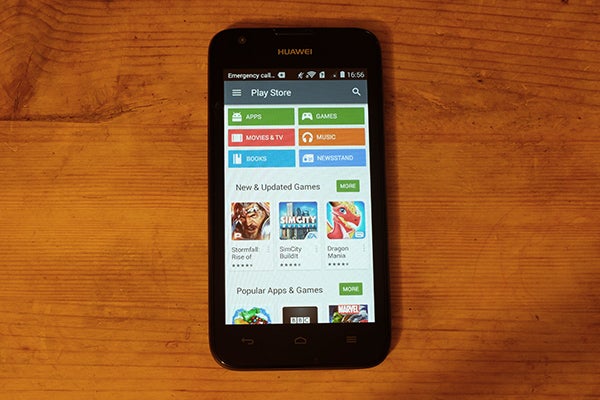 However, the architecture is the main improvement made to the CPU. Power-wise it’s roughly on-par with the Snapdragon 400, scoring 1420 in the Geekbench 3 test. That’s a slight improvement, but not one that pushes the Snapdragon 410 into a new class (beyond that of 64-bit CPUs, of course).

The phone’s Android 4.4.4 software doesn’t offer native support for the Huawei Ascend Y550’s 64-bit goodness either – fingers crossed the phone will get an official update to Android 5.0 Lollipop, although there’s no word on this. Given the phone’s price, though, the current benchmark performance is pretty impressive already.

With higher-end games like Dead Trigger 2 there are some noticeable frame jumps when you crank up the graphics, but they still play well regardless. The most serious issue for gamers to note is not one of raw power but limited storage. 4GB just isn’t enough for a gaming phone.