Lust after a Touch HD, but can’t quite afford it? Then HTC has you in its sights for the Touch Viva. It’s the cheapest handset in the company’s range of Touch devices, but it jettisons extras like GPS and 3G in an effort to keep the price down. The question is then, in dropping many of the higher end features, has HTC thrown the baby out with the bath water?


From the outset it’s pretty obvious that the Viva is a budget model. It lacks both the classy piano black finish found on the Touch HD and the more metallic shell used on the mid-range Touch 3G (look out for our review soon). Instead, you’re left with a much plainer and cheaper looking plastic fascia with a graphite effect paint job. It’s not exactly unattractive, but it certainly doesn’t scream high end at you. 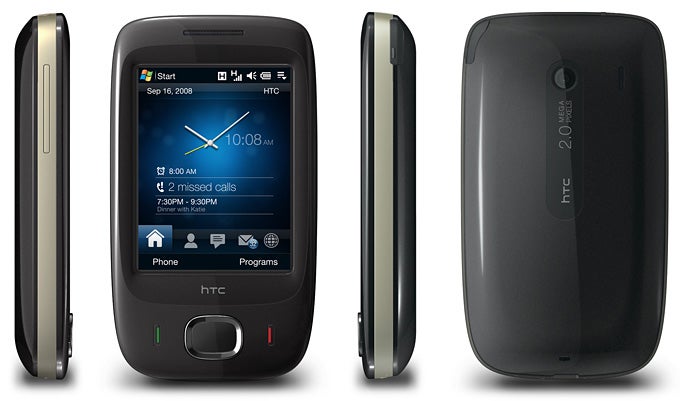 Size-wise the Viva sits somewhere in the middle between the largish HD and the pocket-friendly 3G. It’s small, but not exceptionally so and is a good bit thicker than the 3G, although the curved rear of the handset does help to hide this somewhat.


The screen on the Viva isn’t flush with the case (unlike its more expensive siblings), but instead it’s recessed slightly which gives it a more old fashioned and less stylish look. However, the screen itself isn’t all that bad. Although it’s a standard touchscreen rather than a capacitive one, it’s pretty responsive to finger presses so you don’t have to constantly dab at it to get it to register commands. The resolution, at 320 x 240, is relatively low by today’s smartphone standards, but as the screen is bright and relatively small, text and graphics still look reasonably sharp.


Flip the handset over and you’ll find the camera mounted on the rear. It’s actually hidden in a small recess which should help it avoid getting scratched when the phone is in your pocket. The camera only has a two megapixel resolution and it lacks both autofocus and a flash so it’s quite basic. As a result, the shots it takes are a tad short on detail and suffer from a good deal of digital noise, especially when you’re taking snaps in low light.

Unfortunately, when it comes to a headphone socket, HTC hasn’t followed the lead of other recent Touch handsets. Instead of a standard 3.5mm headphone jack the Viva uses the mini USB port on the bottom for audio output. As this is also used for syncing and charging the device (a wall plug charger is included) it means you can’t listen to music via headphones while you’re topping it up with juice or syncing data with your PC. But this won’t bother you immediately as the handset doesn’t actually come with any headphones at all! Instead you have to buy them from the HTC accessories store! A pretty ridiculous situation if you ask us.


On the software side, the Viva uses the 2D version of HTC’s TouchFlo interface. This sits on top of Microsoft’s Windows Mobile operating system and offers finger-friendly access to most of the phone’s key features. For example, you can move between functions such as text messaging, the music player or the Internet browser just by running your finger across a row of icons positioned at the bottom of the screen. 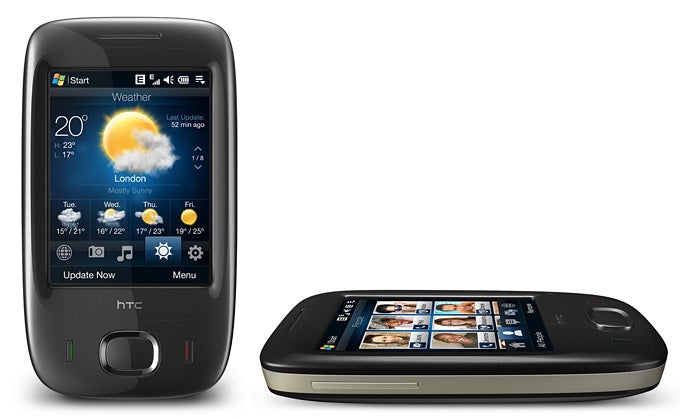 The 2D version of TouchFlo has less flashy animation than the new 3D version found on the Touch HD, but we prefer it as it feels much more responsive and less fiddly to use. That said, there are still too many occasions when you get dumped rudely back to the standard Windows Mobile look and feel. In this respect, it’s still a long way off the slickness of the iPhone user interface. Nevertheless, the use of Windows Mobile OS does offer some benefits like the suite of Office Mobile applications for editing Word, Excel and PowerPoint files.


HTC has added a few more applications including a dedicated viewer for YouTube, a handy RSS news reader and, best of all, the Opera web browser which is a big step up from the standard Windows Mobile version of Internet Explorer.


Google Maps is also preinstalled, but don’t get too excited because the handset doesn’t have GPS onboard – it just uses mast triangulation to work out your position. The other big downer is that the phone lacks 3G functionality. Instead, you’re limited to EDGE download speeds, which is fine for picking up emails on the move, but noticeably slow when you’re browsing the web or using Google Maps.

Apart from the slow data download speed, the Viva actually feels relatively zippy in use no doubt thanks to its reasonably fast 201MHz OMAP 850 processor. It’s not too shabby for a budget handset in terms of storage space either, as it has 256MB of ROM and 128MB of RAM onboard. You can supplement the storage space further with MicroSD cards, although to get at the card slot you have to remove the battery so cards aren’t hot swappable. 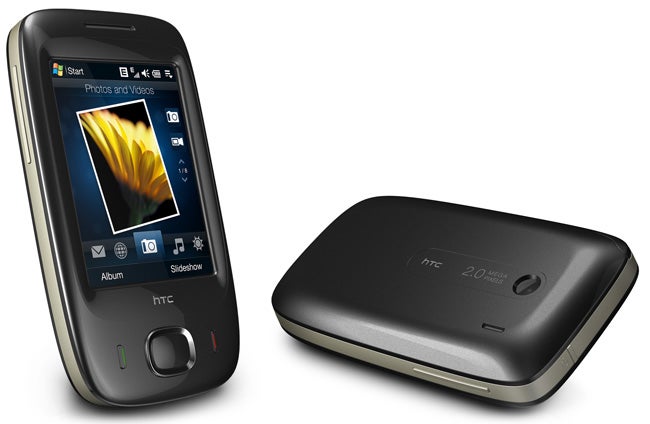 HTC has used an 1100mAh lithium-ion battery on the Viva, presumably because it was banking on the lack of 3G making the handset less power hungry. However, it wasn’t exactly a marathon runner during our test period, as we found with medium usage of the core functions we had to give it a recharge every day and a half.


It’s difficult to see who the Touch Viva is really aimed at. The lack of stereo headphones seems to indicate that the handset isn’t being targeted at consumers, but then again the absence of 3G is likely to put off business users who want decent browsing speeds on the move. And that’s the main problem with the Viva, despite its low price tag we think most people are going to find that it just doesn’t have the right line-up of features to appeal to them.