HTC has arguably been Apple’s closest competitor when it comes to the iPhone. After all the company even managed to sneak out the original Touch before Apple had time to get the first version of the iPhone to market. But now HTC has got even more competition on its hands with the likes of the Blackberry Storm and Samsung’s Omnia snapping at it’s heels. Its response to this is the Touch HD, a phone with a screen that’s so crisp and sharp that it knocks the displays on rival devices for six, leaving them looking blurry and out of focus. But is a high resolution screen enough to make this device a winner?


First things first, the Touch HD looks fantastic. The styling is quite minimalist, in part because the front of the phone is almost completely taken over by the huge screen. Nevertheless, other details, such as the four control buttons beneath the display, are nicely tailored and even the stylus tucks neatly away at the bottom edge of the handset. Unlike the iPhone, the back of the HD easily slides off to reveal not only the replaceable battery, but also a microSD card slot for beefing up the 288MB of onboard RAM.


However, it’s the screen that everyone comments on when they first lay eyes on this device. And, oh, what a gorgeous screen it turns out to be. It’s absolutely massive taking up almost the whole length and width of the handset. At 3.8in, it’s larger than the iPhone’s (even though both devices are almost identical in size) and has an incredibly crisp resolution of 800 x 480 pixels. Colours look rich and life-like, and this combined with the high res nature of the display means that films and pictures really seem to leap off the screen. 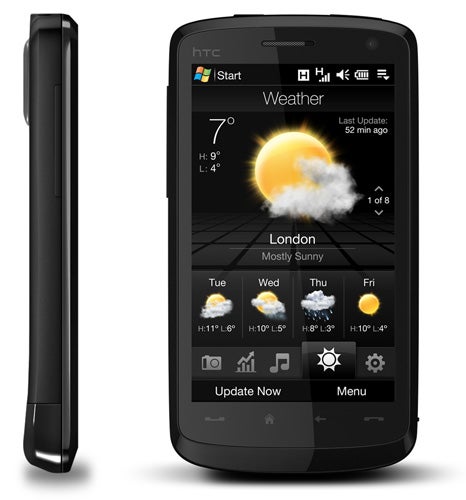 However, as good as the screen is, it’s not without its faults. As with other HTC devices the company has had to opt for a standard touch panel, rather than the capacitive type used on the iPhone. The reason for this is that the HD has to be able to deal with the stylus as well as your pinky when it comes to control and capacitive screens simply don’t work with a stylus. However, a standard touch panel just isn’t as responsive as a capacitive screen when it comes to finger control and the effect is pretty obvious here.


Anyone who’s used the iPhone will find the HD’s screen unresponsive and not nearly as reliable. Sometimes you have to touch it multiple times to get it to register what you want it to do, while other times it selects an area of the screen slightly off where you were actually pointing at. You get used to its foibles over time and can adjust the way you use it to make it more reliable. However, the point of a good user interface is that you shouldn’t have to get used to it – it should just work without any problems and that’s not the case here.

In a way, the screen’s issues are not down to HTC, but instead due to Microsoft’s failure to quickly produce an OS with decent touch support. If Microsoft properly re-jigged Windows Mobile for touch input then HTC would probably love to switch over to a capacitive screen. As it is the company is left trying to paper over the cracks in Windows Mobile 6.1 Professional with its TouchFLO interface.


It has worked hard on this and it now looks very stylish and is relatively easy to use. There are some nice animations, especially the smooth transitions on the weather screen, but you still don’t have to scratch very deep before you end up back in the unsightly Windows Mobile menus. What’s more, running TouchFLO on top of Windows Mobile weighs down even the HD’s speedy Qualcomm 528Mhz processor as the interface can feel quite sluggish at times. 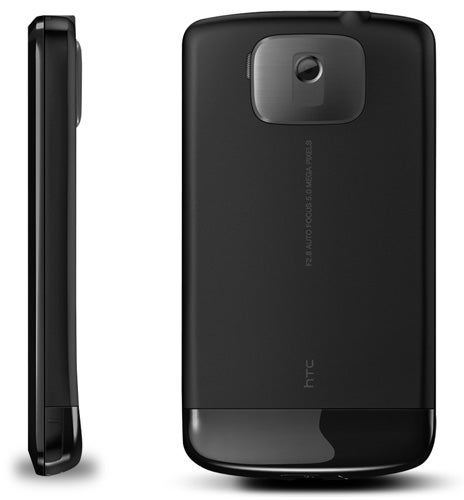 On the plus side, the HD uses Opera Mobile 9.5 and this really does provide a top-notch browsing experience. It automatically re-orientates pages as you move the device from portrait to landscape view thanks to the HD’s accelerometer, and although you can’t pinch to zoom, you can double tap to automatically resize a picture or column of text, or scroll around the screen using a single finger. Pages are speedy to load over either Wi-Fi or HSDPA and its rendering engine rarely mucks up the layout of a site.


Naturally the phone also has built-in GPS and this works a treat with the Google Maps application. Using it in central London we found it was fairly quick to find a lock on enough satellites to pin point our location and good at holding onto a signal even when surrounded by loads of tall buildings – something which lesser GPS chips often struggle with.


Seeing as the iPhone is still stuck in 2-megapixel camera territory, the HD’s 5-megapixel snapper could be a major selling point. However, apart from the autofocus feature the camera isn’t as hot as the megapixel count would suggest. While shots are certainly usable, they’re not in the same league as even those from a fairly cheap digital camera and not all that much better than most 3-megapixel camera phones. The lack of an LED flash also means that it’s pretty useless for taking shots in low light.

On the plus side, HTC has taken onboard the complaints about the Touch Diamond’s non-standard audio jack and instead kitted the HD out with a standard 3.5mm headphone socket. It’ll certainly be put to good use as the stereo headset that are supplied in the box are pretty poor as they drum up about as much bass as a portable transistor radio. As the handset also supports A2DP you could always stream music over the air to a Bluetooth stereo headset if you prefer. 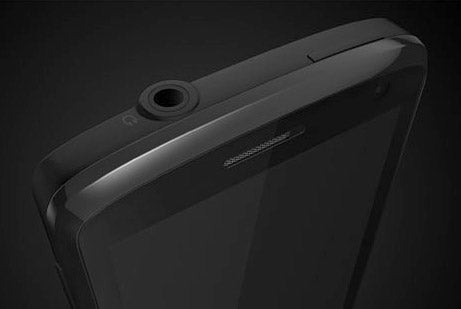 Call quality certainly wasn’t a problem during our test period with the speaker and mic delivering crystal clear voice quality. However, battery life wasn’t so hot. We got about a day and a half out of it with mid to heavy usage for phone calls, web browsing over Wi-Fi and use of the GPS receiver. 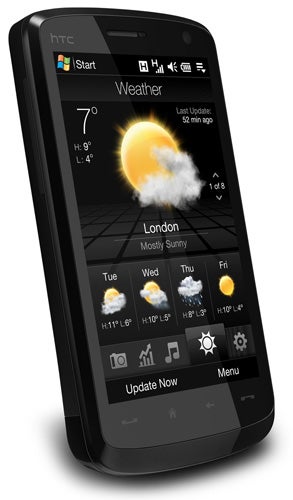 
The most telling thing about the Touch HD is that everyone we showed it to asked why Google didn’t use this as the phone to launch Android. It’s a question that’s difficult to answer as in terms of hardware this is unquestionably a brilliant device and with a decent OS it could have been a serious challenger to the iPhone. However, in its current form it’s merely the best of the also rans, but that still means it’s one of the best Windows Mobile device on the market at the moment.