We’re definitely fans of large touchscreen smartphones like the iPhone, Samsung Galaxy, and HTC Hero and even see a place for goliaths like the HTC HD2 and Toshiba TG01. However, we know many people prefer their phones to be smaller and more manageable, not to mention cheaper. Today then, we’re looking at a small, low-cost Android smartphone, the HTC Tattoo.


This phone is very similar in form factor to the Windows Mobile-based Touch2 that I reviewed a couple of weeks ago with near identical overall dimensions (105 x 55 x 13mm) and screen size (2.8in). However, the Tattoo undoubtedly has more style to it. The gun-metal finish and symmetrical layout of the buttons on the front looks classy while the rest of the front is clean and simple. The back also has an attractive graduated grey/silver paint finish, and the little Android motif is a nice, fun touch to finish things off. 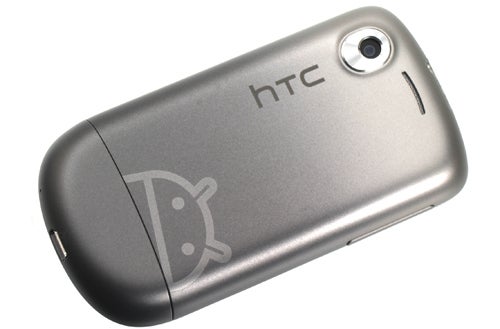 Unfortunately, we’re less impressed by the build quality, which certainly goes some way to explaining why this is a cheap handset. The paint job, while nice, looks a little thin so we wouldn’t be surprised if it wears away around the corners after several months. Likewise, the screen is a particularly soft plastic so will scratch easily. A case, therefore, will be a must for this phone since HTC doesn’t provide one. Aside from these issues, the phone does feel reasonably solid. The buttons on the front also feel particularly well made and the D-pad is a practical alternative to the customary trackball of previous Android phones.

HTC hasn’t skimped when it comes to hardware features. There’s a proper headphone socket on the top and sound quality from it is good. Charging and data transfer are done via HTC’s ExtUSB socket, which is compatible with mini-USB connectors and also doubles as a headset adapter. Meanwhile a microSD slot can also be found on the left edge, though you do need to take the back off to access it.

A camera is present but, like the one in the Touch2, it lacks autofocus and a flash. It also doesn’t have the added bonus of increased picture taking speed as we only managed three photos in 10 seconds as opposed to the Touch2’s five. Nevertheless, it’s on hand for capturing that special, or not so special, moment. Also, video is included and it’s perfectly adequate for quick clips of your friends to put up on YouTube.


Internally all the essentials are there as well, so HSDPA and EDGE make this a bang up to date 3G phone, Wi-Fi and Bluetooth are also present, while GPS and FM complete the wireless technology list. HTC lists a compass but this didn’t appear to work with GoogleMaps.

Looking more closely at the screen, despite its relatively small size and low resolution of just 320 x 240, it’s still perfectly adequate for doing all the usual smartphone duties, you just have to zoom in and out a bit more often when viewing web pages and the like. Watching video is also somewhat restricted to the point we wouldn’t be comfortable watching anything of length on it. It is, however, adequately bright, colourful, and sharp. 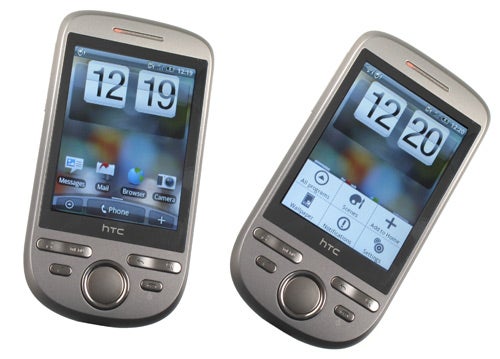 Being resistive, the screen isn’t quite as effortlessly responsive as something like the HTC Hero but it’s still perfectly usable. The only major problem is typing, which suffers both from cramped keys due to the screen’s size and the inevitable lack of multitouch. We found we had to type at half our normal speed or even slower to get consistently accurate results. HTC has helped things out by providing a choice of three keyboard types with QWERTY, compact QWERTY (two letters per key), and numpad on offer. 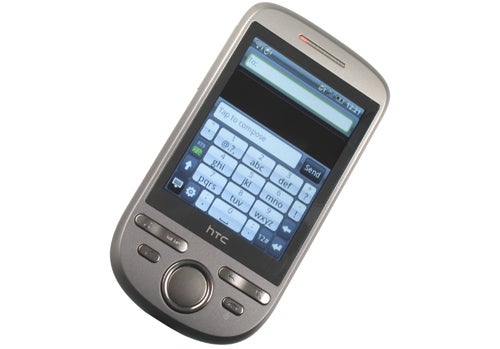 HTC has also added its Sense additions to the standard Android interface. As well as the keyboard tweaks these include a redesigned desktop layout that uses seven desktops arranged horizontally. These you can swipe left and right between and fill with shortcuts to apps and web pages or place widgets onto. As well as the standard Android widgets, HTC has made a load of its own. These provide things like quick access to music controls or show previews of emails and photos, or even show Twitter feeds. When combined with the multifaceted desktop, these widgets really make for a slick way to quickly and easily keep everything in check while still maintaining a simple primary home screen that you can pack full of links to your favourite apps. Other changes include tweaks to many icons and menus and revamps for the music player and picture viewer.


The most recent version of Google’s Android OS wasn’t lurking underneath HTC’s touches so the new Facebook contacts integration, unified inbox, car-friendly interface, or the rest of the new features were not there. Nonetheless, the usual Android features we’ve come to know are all present and correct so web browsing, email, and map navigation are as slick as ever. 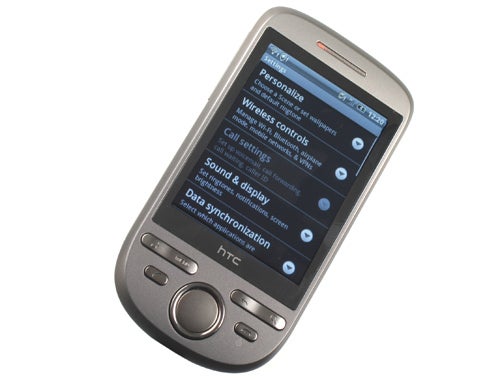 Call quality seemed perfectly adequate with plenty of volume on tap, though the speaker was a bit puny. Reception was fine though. Battery life, meanwhile, is quoted by HTC as being between five and six hours talk time and 14 and 21 days standby depending upon network. We found we got a good three days out of it with the WI-Fi on constantly and with regular bouts of web browsing, music listening and photos taking.


All told we quite like the Tattoo and feel it makes for an interesting option in the low cost Android phone market. In particular, the T-Mobile Pulse springs to mind as its main rival. It’s available on cheaper contracts, can be bought for just £180 on Pay As You Go, and has a bigger and better screen. However, it doesn’t have the overall build quality and style of the Tattoo, is larger, and has an odd headphone configuration. Choosing between the two is tricky as they’re so different but we’d probably err on the side of the Pulse.


The HTC Tattoo is a very nice, small, stylish, and low cost Android smartphone. However, it certainly has its limitations like its small screen. It’s definitely worth considering though. 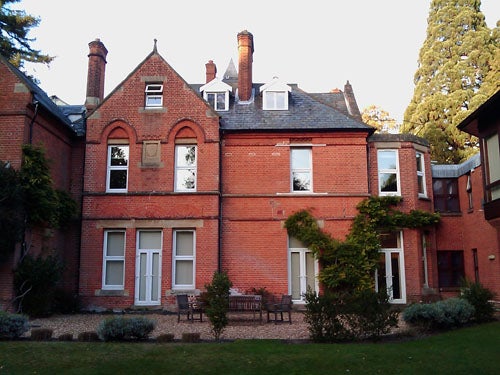 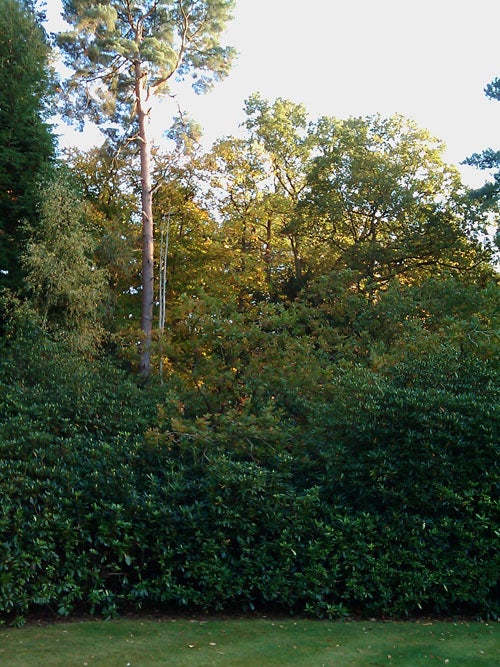 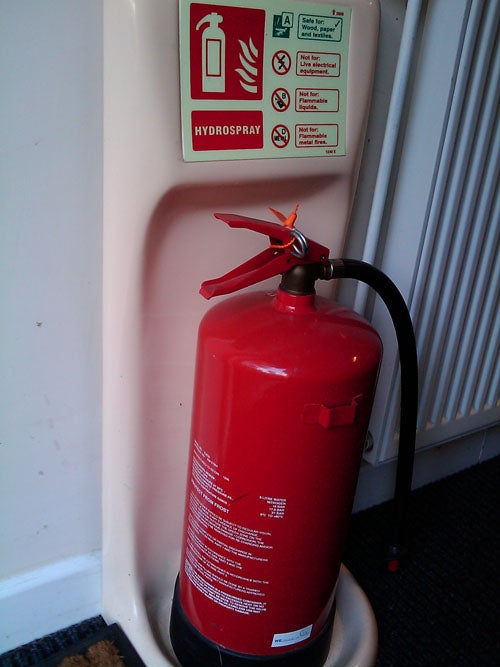 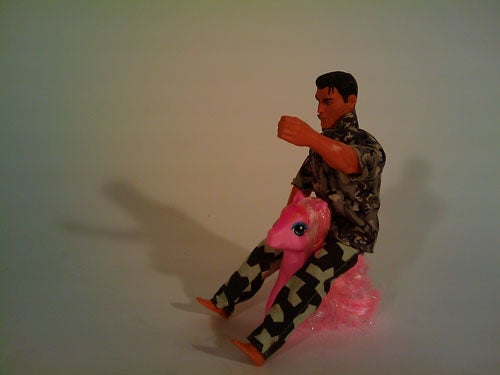 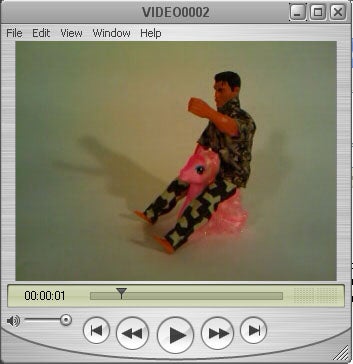