Is HTC obsessed with fruit? It certainly looks that way as with its Touch range of handsets it seems to spend most of its time chasing after Apples, and now with the Snap it’s turned its attentions towards Blackberries.


It’s clear from the first time you set eyes on the Snap that this messenger device is aimed at RIM’s core user base. It’s got a similar screen and keyboard layout to handsets like the Curve 8900 and it even sports a similar pearl-style track ball. The question is, has HTC done enough with the Snap to tempt RIM’s notoriously loyal user base away from their devices? 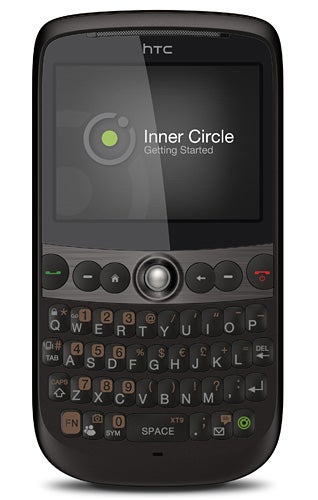 As the Snap is aimed primarily at business users it’s got a suitably professional looking black finish that’s only broken by a gun-metal grey, metallic strip that runs across the middle of the handset. This frames the mini trackball and the six buttons that sit underneath the display. The rest of the case is finished with a slightly rubberised plastic that feels comfortable to hold and means the handset shouldn’t slip from your grasp too easily. The Snap is relatively slim with a thickness of just 12mm and tips the scales at a relatively lightweight 120g, so it doesn’t look as chunky or feel as heavy as some other messaging devices we’ve used from the likes of Samsung and Motorola. 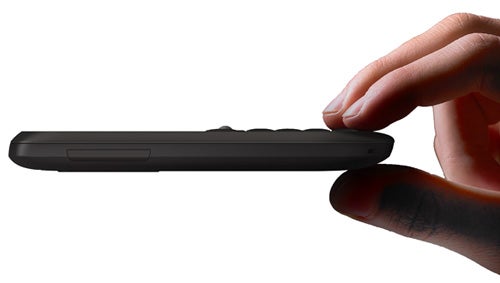 Like Holly Willoughby, its rear end is nicely curved and the edges of the cover fit so flush with the front half of the handset that at first glance we though it might not be removable. However, there’s a small indent at the bottom that you can use to gently unclip it from the front of the phone. Once removed it gives you access to the removable 1,500mAh battery, SIM card and microSD card slot. We would have preferred if the microSD card could be accessed without removing this cover, but at least it’s not mounted under the battery so if you’re careful you can hotswap cards without dislodging the power pack.

The Snap follows the traditional messaging phone layout quite closely. At the top sits the 2.4in screen. This is a standard LCD screen with no touch functionality and its 320 x 240 QVGA resolution is nothing special either. However, at least the screen is quite bright (it’s LED backlit) so it’s relatively easy to read even when you’re out and about in sunny conditions. 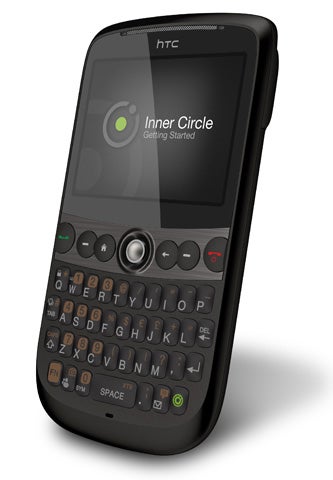 Directly under the display lies the trackball along with dedicated call answer and hang up keys. These are joined by two soft keys as well as home and back buttons. For the main keyboard HTC has gone with bubble-style keys that rise out at you creating a nicely peaked surface for you to press with your fingers or thumbs. The keyboard is actually one of the best features of the phone as the keys are relatively large for this type of device and feel very responsive. As a result it’s easy to get up to a decent speed when you’re typing with two fingers or thumbs. 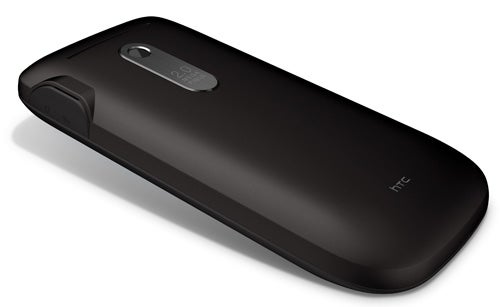 The handset is built around a Qualcomm MSM 7225 processor running at 528MHz and this is helped along by 192MB of RAM. Overall the phone feels quite speedy in use even with a couple of applications running in the background. As there’s no touchscreen and the Snap uses Windows Mobile Standard edition you don’t get the Touchflo interface that HTC adds to its other handsets. Instead you’re stuck with the bog standard WinMo interface, albeit with the new sliding panels homescreen that Microsoft added with the upgrade to Windows Mobile 6.1. These panels work well, but when you enter into the core Windows Mobile menus it’s the same old story of confusing layout and unnecessarily long lists of menu entries.


In fact, the only significant addition that HTC has made to the WinMo experience on this phone is the presence of its Inner Circle software, which is accessed via a dedicated button on the keypad. Inner Circle is essentially a way for you to prioritise messages from your key contacts. You can add contacts to your Inner Circle either from the address book or directly from the email client. Then, when you hit the Inner Circle key the latest emails from these contacts are filtered to the top of your inbox. It’s a clever idea and quite useful, but it would have been nice to be able to set up more than one inner circle – one for work contacts and one for personal contacts, for example.

For connectivity, you get Wi-Fi, Bluetooth and HSDPA with support for download speeds of up to 7.2Mbps. The latter is a bonus, especially for web browsing on the move as not all Blackberry devices currently support 3G. The handset is also quad-band for GSM, so business travellers will have no problems using it abroad. Call quality during our test period was excellent with the handset holding on well to the mobile signals even in poorer reception areas.


Despite the 3G support the Snap only has a single rear mounted camera, so you can’t use it for video-calling. The rear camera is also pretty basic. It’s got a low 2.0-megapixel resolution and it lacks a flash or autofocus. As you would expect, the shots it takes are poor by today’s standards. 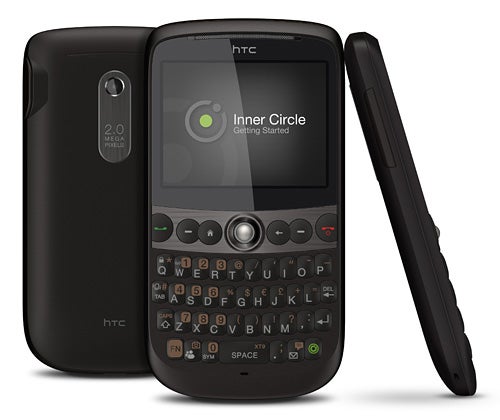 The Snap charges via its mini USB port (unfortunately this also doubles as the headphone jack so you can’t listen to music while charging the handset or syncing it with your PC). The Snap’s smaller screen does help it eek a bit more life from it’s battery than its touchscreen siblings, but you’re still only likely to get around two and a half days usage out of it.


While we can accept that on most WinMo handsets, it’s harder to live with here mainly because its core competitors – the Blackberry range – tend to squeeze significantly longer life from their batteries. In fact, we think this, along with the lacklustre user interface are the two biggest areas where the Snap loses out to RIM’s devices.


The Snap certainly has its plus points including onboard GPS, fast HSDPA support, a good keyboard and a decent screen. However, the Windows Mobile user interface is very clunky and the phone’s battery life is relatively poor. We can’t really see Blackberry users switching to the Snap, but it may be a good option for those working for corporates that insist on employees using WinMo devices.