When the word ‘incredible’ is used to name your handset, you’re leaving it with a lot to live up to. However, the original HTC Incredible did quite well in the US, so HTC obviously has high hopes that the Incredible S will perform just as well in the UK.


Nevertheless, one thing that’s certainly sure to spilt opinion is the phone’s design. Although some people may like the slightly industrial look, just as many others will find it rather off putting. Our main bugbear is the rear of the phone. Rather than having a flat back like most of today’s smartphones, the rear is thin at the edges before giving way to a large hump in the shape of an oversized SIM card. It’s somewhat reminiscent of the Motorola XT720 in this quirky regard. 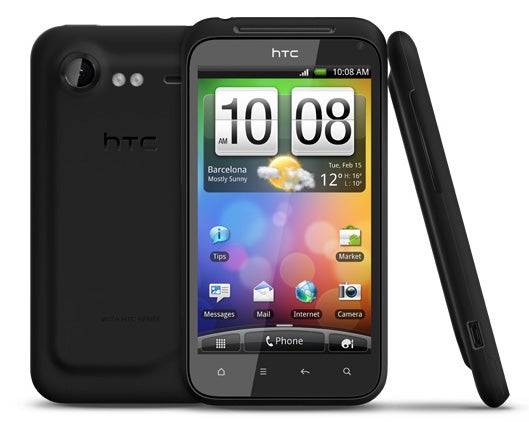 This hump is used to cover the battery as well as some of the handset’s other circuitry. Not only is it a visual oddity, but it also makes the Incredible S feel strangely lumpy to hold, though not unpleasant. However, the rubberised finish does at least make it very grippy, so you’d need to be pretty clumsy to let it slip from your grasp.


From the front, on the other hand, the phone looks positively stylish, if a little same-old. As ever, we’re pleased to see a single glass sheet covering the whole front, which really gives a nice minimalist look and emits a sense of quality. Naturally, most of the space is given over to the large screen, but there’s a long thin speaker grill at the top and integrated into this you’ll find a tiny LED that turns red when you’re low on battery power or blinks green to draw attention to new emails or messages, which is a nice touch


Another nice addition is the way the four touch-sensitive buttons below the screen only light up when the phone’s screen is on, disappearing into the blackness of the bezel when off. Also they have a clever party trick whereby the symbols on these buttons automatically rotate when you swap the orientation from portrait to landscape. 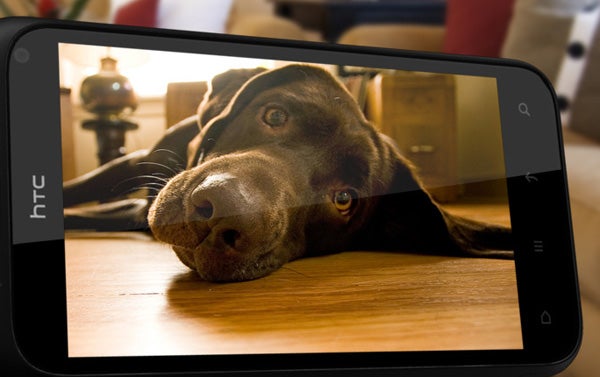 The only other controls are the power button on the top and volume rocker on the left-hand side. There’s no dedicated camera button, for example, which is a bit of as shame (though depressingly typical), but you do get a top-mounted standard headphone jack and a micro-USB port on the side for charging and syncing.


If the design doesn’t universally live up to the incredible in the handset’s name, then the screen certainly does. Like Samsung’s Galaxy S, which this phone aims to challenge head on, it boasts a large 4in screen with a razor sharp resolution of 480 x 800 pixels. The display uses traditional TFT technology rather than the OLED used on the Galaxy S, and while it might not offer as deep blacks as Samsung’s model, colours are impressively rich and vivid, and so pictures and videos look stunning.

We were a little disappointed to find that the Incredible S runs Android V2.2 Froyo, rather than the latest V2.3 version of the OS. Granted V2.3 doesn’t bring much in the way of big functionality updates, but it does include many small bug fixes and some speed improvements. Plus, HTC phones have generally been quite slow to get firmware updates for new versions of Android, so it’s always better to start with the latest available. That said, HTC does say that a Gingerbread update is on the way.


As with all of HTC’s Android phones, the Incredible S includes the company’s Sense user interface enhancements. Sense does a good job of adding some extras over the top of Android without throwing the baby out with the bath water, as some manufacturer’s customisations do. Mostly, the extras include apps like Connect Media, which lets you share media from your phone to DNLA devices, but there are also a number of slick widgets including Friend Stream, which aggregates your social networking feeds into a unified interface. 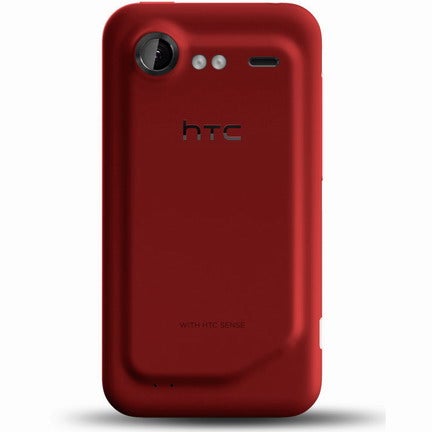 Unlike the iPhone 4, Android V2.2 does support flash, so you can, for example, watch video on normal BBC news pages without any problems, or even use the standard BBC iPlayer website to catch up on shows. Not all videos on websites play perfectly, however, and some don’t play at all.


Being essentially a tweaked design of an older handset, HTC has stuck with a 1GHz Snapdragon processor that has 768MB of RAM available to it. This makes is slower than the raft of dual 1GHz phones that will be hitting the shops in the coming months but does put it on par with plenty of excellent handsets like the Goolge Nexus S, HTC Desire HD, and Samsung Galaxy S. As such, overall performance is very good with applications quick to load and even HD videos playing back smoothly. Onboard storage is limited to just 1.1GB of space, so you really do need to add to this using microSD cards. The phone supports cards of up to 32GB in size. 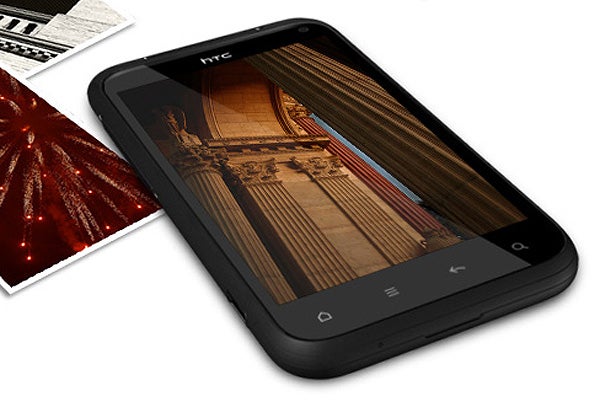 The Incredible S has two cameras, so it can be used for video-calling. The front-facing camera has a 1-megapixel resolution, but the main rear facing one is an 8-megapixel snapper. The cameras on some recent HTC phones have been lacklustre, but the one found here is better, capturing good detail with strong and rich colour. The dual LED is very bright, too, so taking photos in dingy corners of bars or clubs is possible. That said, the light is somewhat harsh, so snaps don’t always look as natural as those captured by camera phones with Xenon flashes.


The camera can also be used to shoot video at resolutions of up to 720p. The results are generally good, but not as impressive as some other 720p capable phones that we’ve used, mainly because it struggles to deal adequately with fast motion.


When it comes to battery life, the Incredible S doesn’t differ much from its competitors, though notably beats the Desire HD. By carefully managing the screen brightness and avoiding hammering the GPS or 3G radio, you’ll get two days out of it, but we reckon most people will find that they’ll need to charge it on a nightly basis.


Call quality was very impressive and the earpiece is surprisingly loud, so you can hold a conversation even if you’re trapped in a noisy pub.


Overall, the Incredible S is a likeable handset. It has a great screen, the Sense user interface is nicely integrated into Android and the phone feels speedy. That said, it’s priced towards the premium end of the market yet doesn’t really feel like a next generation handset because it doesn’t offer anything new. The fact that we’re now seeing dual core Android handsets hit the market only re-enforces this feeling. 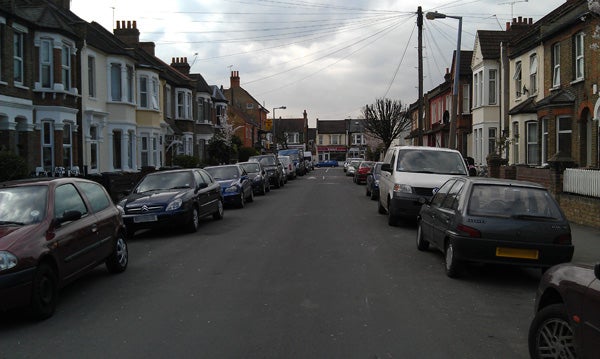 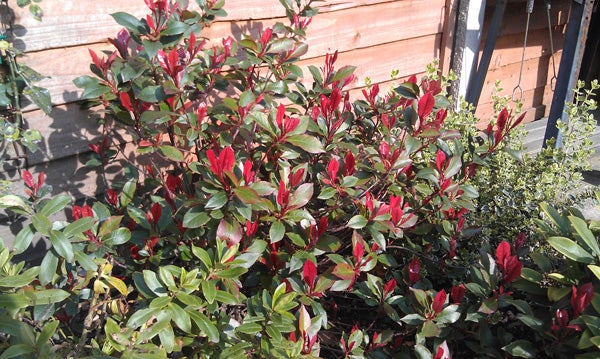 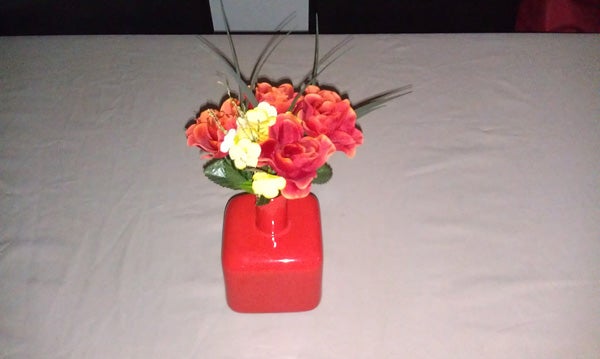