As Microsoft still hasn’t officially
unveiled Windows Phone 8, we weren’t allowed to play with or photograph
the interface but we were able to get to grips with the hardware,
including the screen, camera and beats audio integration. 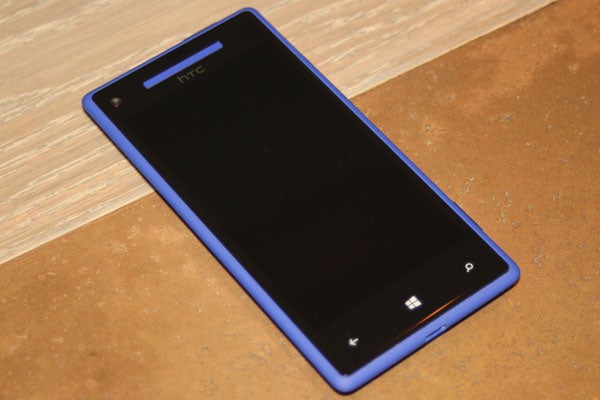 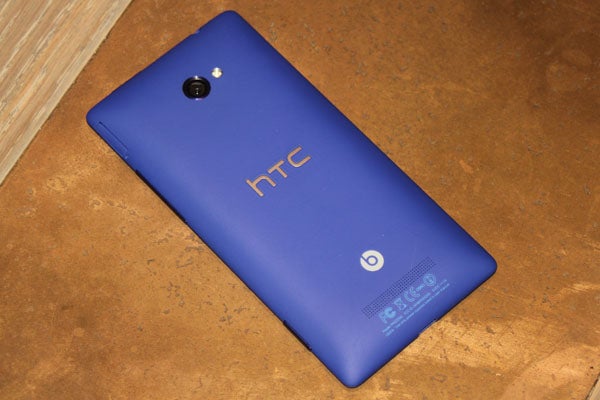 The HTC 8X (as it’s likely to colloquially
be called) is the flagship of the range and it sports a brightly
coloured soft touch polycarbonate back with an intriguing curved profile.
HTC specifically designed the phone so that the internal components are
kept towards the middle of the phone, accepting that it’ll be thick in
the middle but then thin towards the edges.

It’s a concept that
works really well as the phone fits nice and snugly in the hand. That
said the corners are a bit pointy so it’s not quite as comfortable as it
perhaps should’ve been. 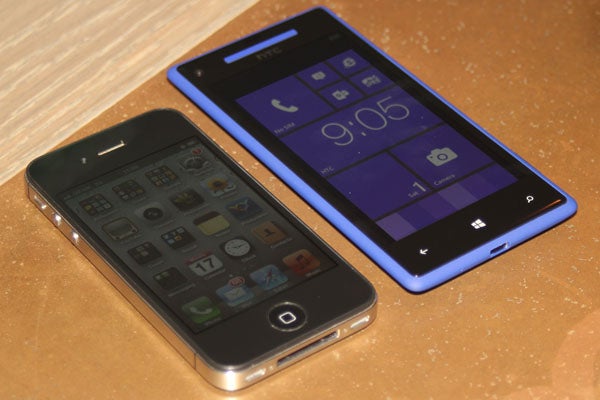 The Windows Phone 8X by HTC will be
available in four colours – the California Blue that we saw, Graphite
Black, Flame Red and Limelight Yellow. All are decidedly bold but it’ll
be the Yellow model you want if you really want to stand out. Judging by
the same finish available on the HTC 8S, it’s a yellowy luminous green
that positively dazzles. The Windows Tile theme will of course be matched
to the colour of phone you buy.

Overall build quality is excellent with the screen smoothly flowing into the curves of the body and the buttons feeling nice and responsive. 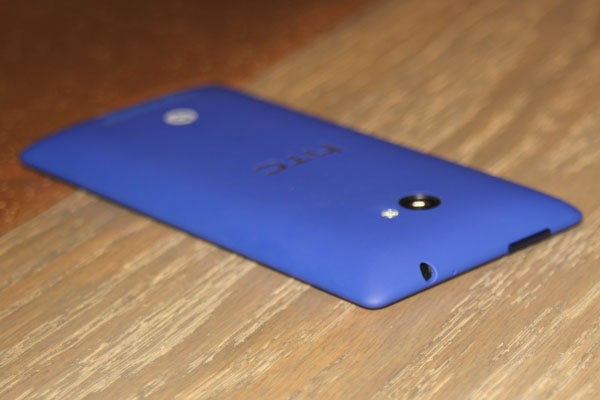 Windows Phone 8X by HTC Features
HTC hasn’t exactly gone to town on the 8X’s features. Round the sides are the prerequisites of a headphone jack and power button on the top edge, volume rocker, camera button and microSIM tray on the right edge and microUSB on the bottom. Crucially for some, though, you don’t get a microSD slot for expanding the maximum 16GB of storage. HTC is keen to point out you get Microsoft’s Sky Drive cloud storage free with the phone, but it’s just not the same and for some people this will instantly put them off.

Along similar lines, you can’t get to the battery either, so if you’re someone that always likes to keep a spare, you’ll be stumped. With an 1800mAh battery onboard, battery life should be reasonable but it’s unlikely to be ground breaking. 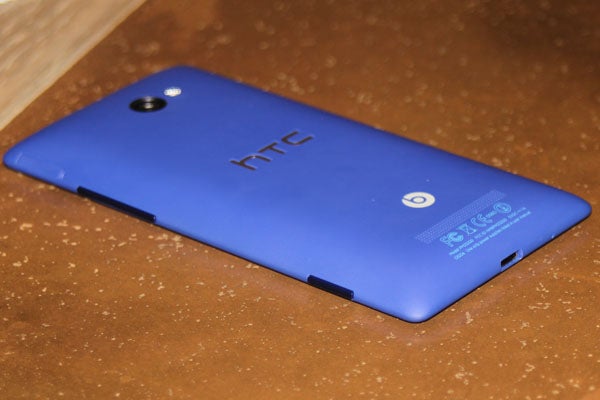 One final missing feature is 4G connectivity. It’s hardly what you’d call essential at the moment, being as no networks are up and running with it, but some handsets are beginning to offer the new super fast connection.

Otherwise, though, all the latest tech is onboard with NFC, a fast 1.5GHz Qualcomm S4 dual-core processor and a stunning screen all present and correct. Plus there’s the Beats audio enhancements and camera tech that we’ll come onto in a moment.

Windows Phone 8X by HTC Screen
The HTC 8X has a 4.5in, 720 x 1280 pixel LCD screen that is pretty stunning. Like the HTC One X it has superb viewing angles, real pop to its colours and great black level performance. Essentially it’s bloomin’ brilliant. 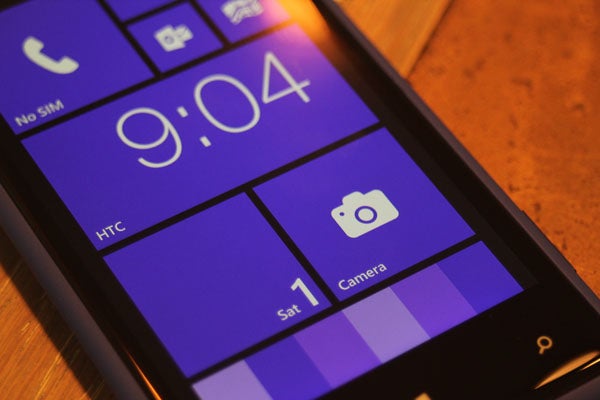 Windows Phone 8X by HTC Camera
On the back is an 8 megapixel camera with an impressively fast f2.0 aperture and a 28mm focal length. The sensor is the same as on the HTC One X, which bodes reasonably well for image quality. But crucially there’s a dedicated image processing sensor which applies a selection of noise reduction and image enhancing tweaks before the image is then compressed to jpg. HTC is adament it will offer superb image quality, though sadly we weren’t able to test this too thoroughly. 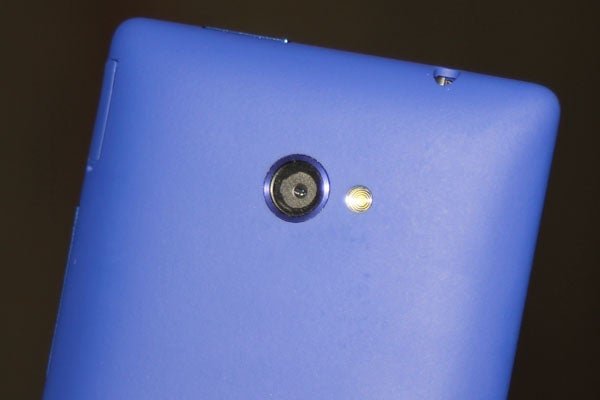 The rear camera also offer 1080p video, as does the front one, which is a rarity indeed. It also can produce 2.1 megapixel stills. The dedicated camera button will also jump the phone straight to the camera, even when the phone is locked.

Windows Phone 8X by HTC Beats Audio
HTC has imbued the Windows Phone 8X with Beats audio trickery but here there’s actually substance to the audio enhancing claims. The headphone jack now has a dedicated amp that can kick out a whopping 2.5V, compared to the usual 0.5V of most phones, enabling it to easily power high impedance headphones. The speaker system has also apparently been given a power bump, to ensure it provides, if not louder, more controlled enjoyable audio.

Wrap Up
The Windows Phone 8X by HTC is a stylish yet quirky looking Windows Phone 8 handset that’s beautifully made and packs in some interesting features. In particular you’ve got a superb quality HD screen, NFC, a high power/high quality audio system that means this phone will run high-power headphones as well as pump out high quality audio from its speaker, and a lovely curved soft touch back. The internal components have been moved to the middle of the phone to make it thick in the middle but thin at the edges for a curvy, comfortable feel. With Windows Phone 8 not fully unveiled yet, we’ve not been allowed to see the HTC 8X strut its stuff fully but we expect it to be a very capable device indeed. Just two key things let the side down: you only get 16GB of built in storage, with no option to upgrade, and there’s no 4G.