Hands on with the HP Spectre x360

The HP Spectre x360 is a slim and light laptop designed for extreme portability. Not only does the hinge let the screen flip all the way around for easy propping-up or use when there’s not much room, it’s also very light and has fantastic battery life. 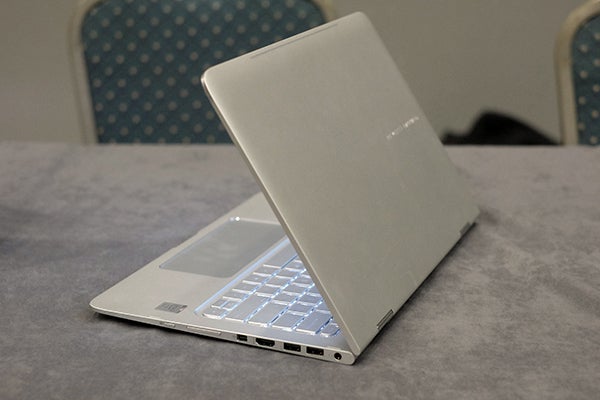 Aluminium has become virtually the default material for any laptop that wants to seem high-end or expensive, and the HP is made entirely out of the stuff.

The design is pretty inoffensive, with few flashy bits to loudly announce how different it is from a MacBook Air. It’s all-silver, to show off that all-metal style.

What I find much more important – when, let’s face it, it’s not going to challenge Apple on looks – is portability and weight. At 1.49kg the HP Spectre x360 is extremely light, but has the feeling of hard density that we like to get in an Ultrabook.

The main event, though, is the hinge. It’s a clever geared design that lets it flip smoothly around 360 degrees, letting the screen and keyboard sit back to back. I’m not a huge believer in the idea of turning a laptop into an iPad – no-one wants a tablet with a keyboard on the back – but to prop the thing up to watch a film on a small work surface it makes a lot of sense. 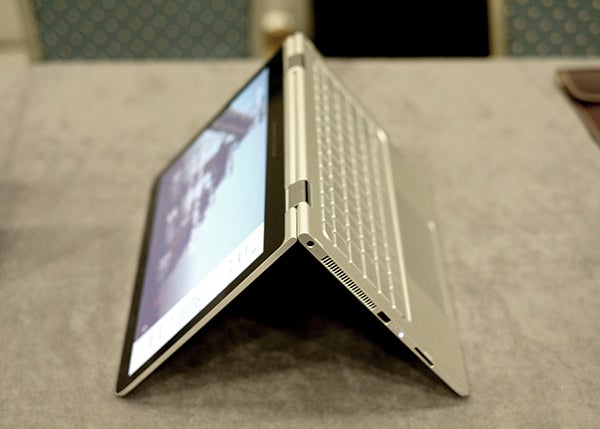 The HP Spectre x360 hinge’s special skills are completely invisible too. It doesn’t stick out from the back of the laptop, letting you forget the feature’s even there until you need it.

One part that makes the HP Spectre x360 look a bit, well, odd is the ultra-wide trackpad. It’s roughly twice the width of a standard pad, designed to make multi-touch gestures feel all the more natural, not to mention just providing more space. 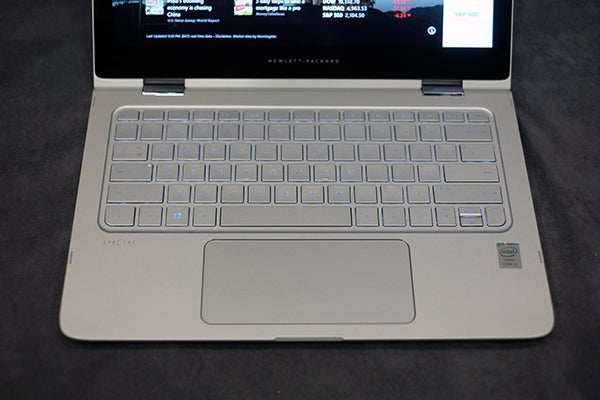 The version of the HP Spectre x360 we got to see, and the one that’ll probably be most common, has a 13-inch 1080p IPS screen. As usual, this means it has a pretty reflective surface, but image quality looked good, with no sign of colour undersaturation you tend to get with cheaper laptops.

Feeling flush? Some top-end configurations of the HP Spectre x360 have a QHD display, getting you MacBook Pro Retina-style sharpness. We’ll have to wait to see how common this model is, though.

I also got a peek at the HP Spectre x360’s insides. It’s virtually all-battery, getting the little laptop a pretty great 12-hour battery life if you go easy on it. If you needed any more convincing that this is the HP take on the MacBook Air, this is it. 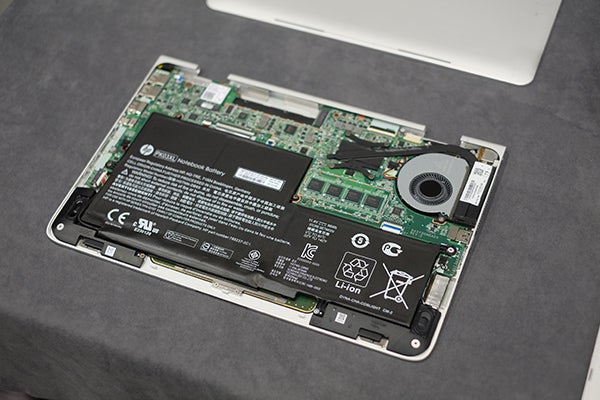 Such a slim design doesn’t come without the off compromise, of course. The HP Spectre x360 doesn’t get an Ethernet port, but does have three USBs, HDMI, SD and a Mini DisplayPort socket. It’s designed largely to rely on Wi-Fi rather than a wired connection, but it’ll have no trouble outputting to a monitor and – also importantly – connecting a mouse, keyboard and third USB device without needing a hub.

It doesn’t look as though we’ll get a mobile internet 3G/4G model. 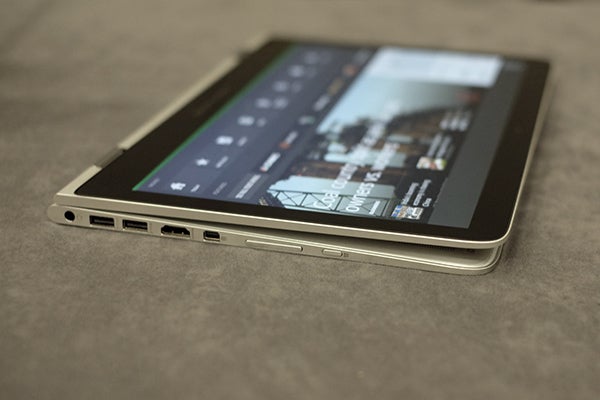 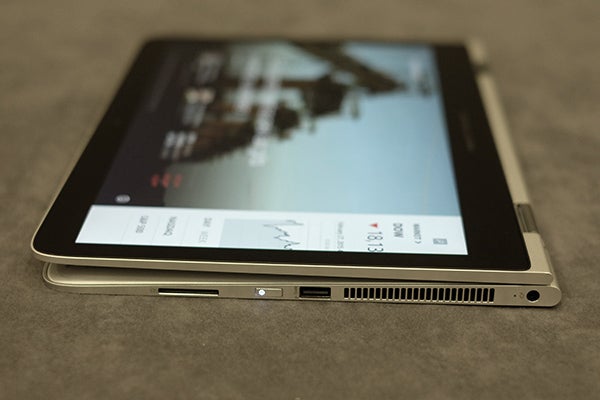 Other traits of a high-end are here in the HP Spectre x360, though. The keyboard is backlit and has has a pleasant blue glow to it. As with any 13-inch or larger laptop worth its salt, the keys are full-size and we were told have 1.5mm action. To press, they feel like just about any higher-end Ultrabook chiclet keyboard. Travel is naturally somewhat limited, but the feedback is nice and definite.

The core spec will change quite a bit depending on model, but even the starting-price £849 HP Spectre X360 uses an Intel Core i5 chipset, rather than the entry-level i3 – not that we’d expect any less at the price. Storage is naturally provided by an SSD, with up to 512GB available. 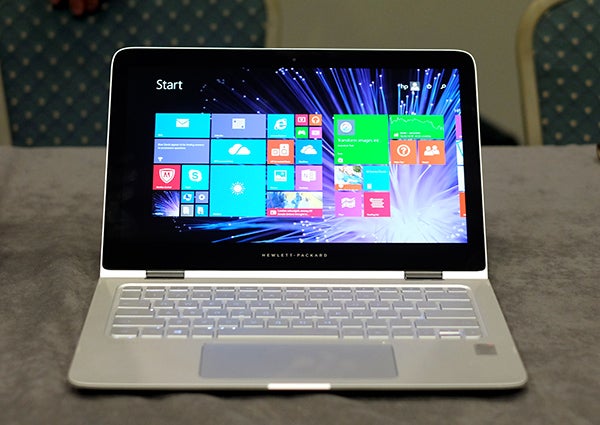 The HP Spectre x360 has everything we look for in an ultraportable laptop. Light weight? Check. Thin? Certainly. Great battery life? Absolutely.

Its most eye-catching feature, that ultra-flexible hinge, is just sprinkling on the top. Are it and the ultra-wide trackpad enough to lure you away from a MacBook Air? Either way, with several big names dropping out of the laptop market altogether, its good to get some new blood in this competition for 2015.