One of last year’s hottest products was the excellent Olympus Mju digital camera range, specifically the 300, 350 and 400 models. They were sleek, sexy, took great pictures and had one unique selling point: they were splashproof. You could take them out in the rain, use them in the spray of a sailing boat or simply pass them around at a nightclub without fear of ruining the delicate electronics inside.


Naturally other camera manufacturers are keen to emulate Olympus’s success, so this year several weatherproof models have been launched in time for the Summer holidays, including the Ricoh 400G, the completely waterproof Pentax Optio WP and 43WR, further models in the Olympus Mju range and this, the HP Photosmart M22.


Available for under £85, the 4.0 megapixel Photosmart M22 is one of the lowest-priced major brand cameras on the market, which makes its watersports credentials all the more impressive. It is also the smallest and cheapest camera to feature HP’s Adaptive Lighting technology and in-camera red-eye reduction.


The M22 is described as weatherproof, which is not the same as waterproof. While Pentax’s outstanding Optio WP can be immersed at depths of 1.5m for up to 30 minutes, the HP M22 is only able to withstand splashes, rain and spray, but even that will be an advantage if you lead an active lifestyle. It has a reasonably sturdy aluminium body, the controls are all rounded and recessed, and when not in use the lens is protected by a sliding cover, which also doubles as the on/off switch.


The LCD screen is slightly recessed, but not sufficiently to protect it from scratches or fingerprints. Due to the size and simplicity of the camera the controls are easy to operate one-handed, although despite its small overall size the M22 is not particularly a slim camera and makes quite a bulge in a shirt pocket. However this does make it easier to grip than some competing models, helped by the concave thumb grip on the back panel.


Budget cameras like the M22 often have the same CCD sensor as more expensive models, but the manufacturers save money on lenses, processors and LCD monitors, which are usually of much lower quality. The M22 has a 1.5in LCD monitor that looks positively tiny compared to the 2 and 2.5in monitors on cameras I have reviewed recently. It has a display resolution of 280 x 220, offering up just 61,600 pixels, about half the resolution of most other camera monitors. The lack of sophistication in the camera’s electronics is revealed by the very noticeable lag in the on-screen image, and the very poor low light performance.


Unsurprisingly the camera has no AF illuminator, so framing shots in dimly lit conditions is almost impossible. The screen is also quite dim and difficult to see in bright sunlight, which limits the camera’s usefulness as an outdoor sports model, especially since it doesn’t have an optical viewfinder. Even with the monitor brightness set to maximum I found it very difficult to frame subjects in bright conditions, and missed several good shots because I simply couldn’t see what I was aiming at.


The lens, always the most important single component on any camera, is also of rather inferior quality. It is equipped with a very small fixed-length F2.8-6.5 lens equivalent to approximately 36.5mm on a 35mm SLR. In other words there is no optical zoom on this camera. It does have a 6x digital zoom, but as I’ve explained in previous reviews this is best avoided. Even on quite sophisticated cameras digital zoom degrades the image quality by enlarging the pixels in the centre of the frame and discarding the rest.

On a budget model like the M22, which to be frank doesn’t have particularly good image quality to start with, the results when using the digital zoom are appalling. To be fair though the camera does at least give you some warning that this is happening. When you zoom in on your subject, rather than magnifying the view to full-screen size on the monitor it draws a small box in the centre of the scene and shades out the areas that will be outside the frame. This makes it even more difficult to frame the shot, and should discourage people from using this feature.


In terms of general performance the M22 is decidedly below average. Despite not having a zoom lens to extend, it still takes around 3.5 seconds to power up from a cold start. In daylight conditions with no flash, and at full resolution, it can manage a shot approximately every four seconds. If the flash is used this drops to a rate of one shot every 15 seconds, which is very slow indeed. There is no continuous shooting mode, but the M22 does have a half-way decent movie mode. It’s only capable of shooting in QVGA (320 x 240 pixels) resolutions, but it does so at a smooth 24 frames a second and can shoot until the card is full. On the subject of memory, the M22 has 16MB built in, enough for five images at full resolution.


The M22 does feature three clever features that are unique to HP cameras. The first is Adaptive Lighting Technology, which helps to capture details in highlight and shadow areas. It also has in-camera red-eye removal, which automatically detects the red-eye effect sometimes seen in flash shots and removes it. For a fuller description of these features, see my recent review of the HP R717.


Finally we come to image quality, and here’s where the bad news really starts. Even under ideal conditions on a bright sunny day the images lack definition and look massively over-processed. With the Adaptive Lighting turned off images look like they’ve been blurred and then sharpened again, edges are jagged and pixelated, whereas areas of colour lack any detail and look like they were painted on with a brush. Add the adaptive lighting into the mix and shadow areas fill up with random colour noise and artefacts. Use the digital zoom and all you are left with is vague shapes with no detail at all. Flash range is severely limited, and coverage does not reach into the corners of the frame. All in all, a very disappointing performance even considering the budget price.


The HP Photosmart M22 is a good concept that is let down badly by very inferior performance and picture quality. It is remarkably cheap, but even at under £85 it still isn’t good value for money. If you need weather resistance then there are better outdoor pursuits cameras available, such as the Pentax Optio WP and Olympus Mju 500, both of which have vastly superior performance. 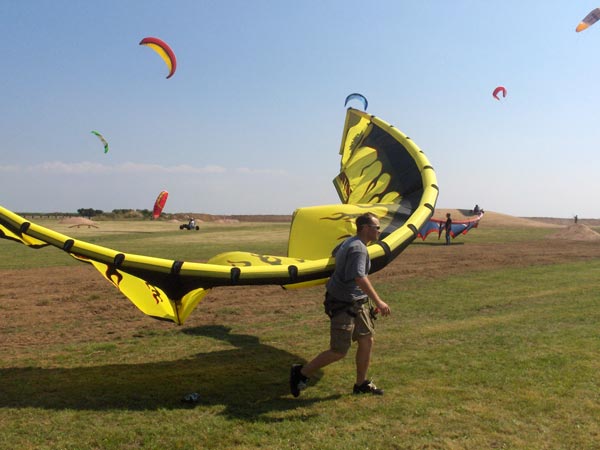 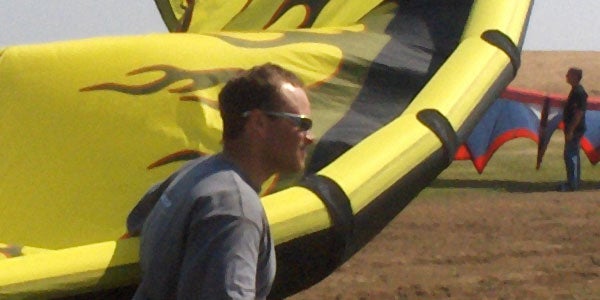 ”’Even under ideal conditions, the shot looks over-processed, with very little fine detail, over-sharpened edges and a bizarre, almost painted look in areas of bright colour.”’ 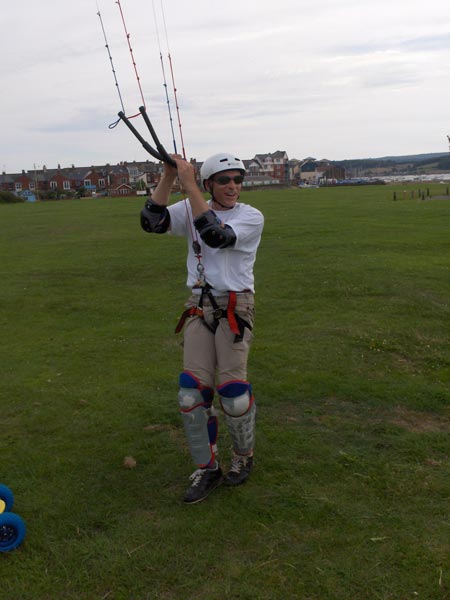 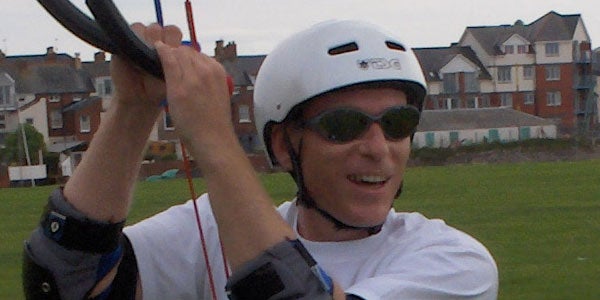 ”’Even on a nice bright day the M22 performs poorly, providing very little fine detail even for a 4MP camera.”’ 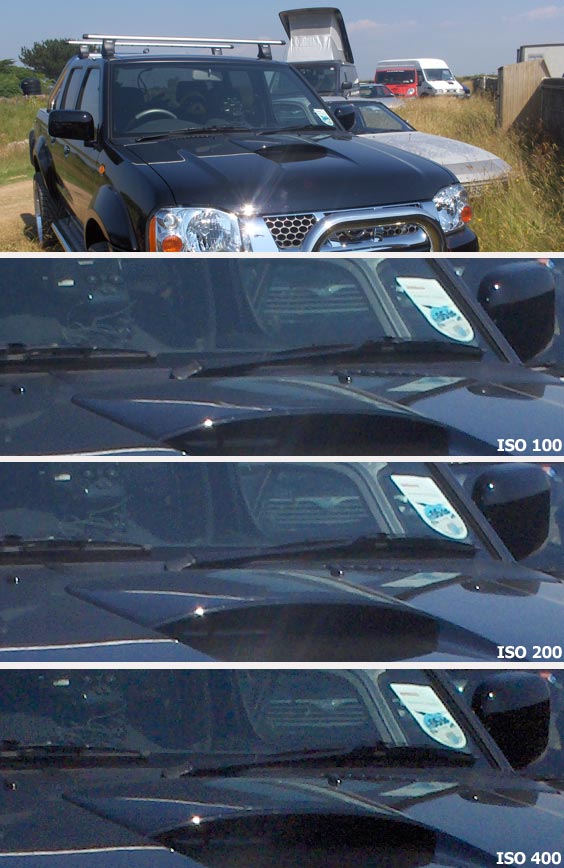 *”’At the minimum setting of 100 ISO image quality is as good as it’s going to get. Not much detail, but at least there’s hardly any noise.”’

*”’At 200 ISO noise is clearly visible in the darker areas of the image, and the shot also lacks contrast as well as detail.”’

*”’At 400 ISO the shot at least has more contrast, but only because the darker areas are now totally black with no detail. The rest of the image has heavy noise.”’ 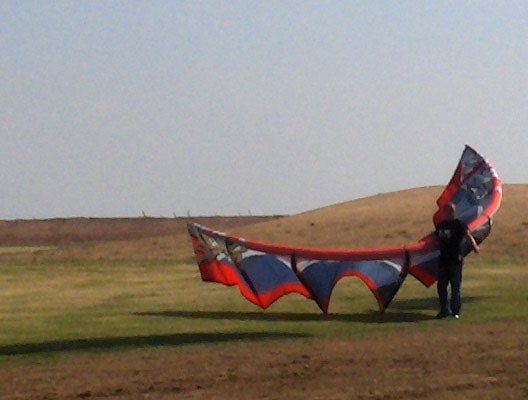 ”’Here is a prime example of why digital zoom should never, ever be used. The huge enlarged pixels make this shot look like Legoland.”’ 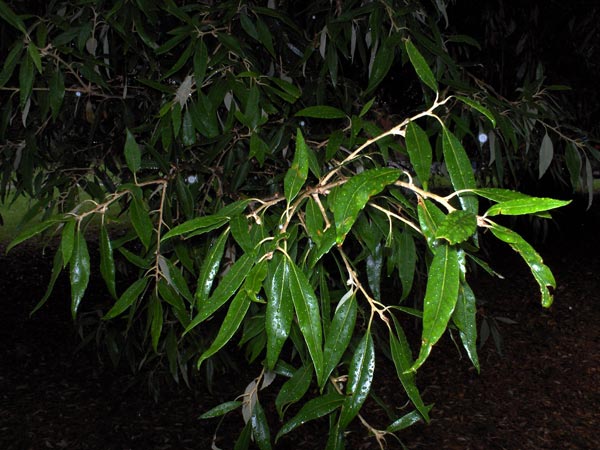 ”’The flash works well at close range, but the coverage doesn’t reach into the corners of the frame. And no, those aren’t ‘energy orbs’, they’re raindrops.”’ 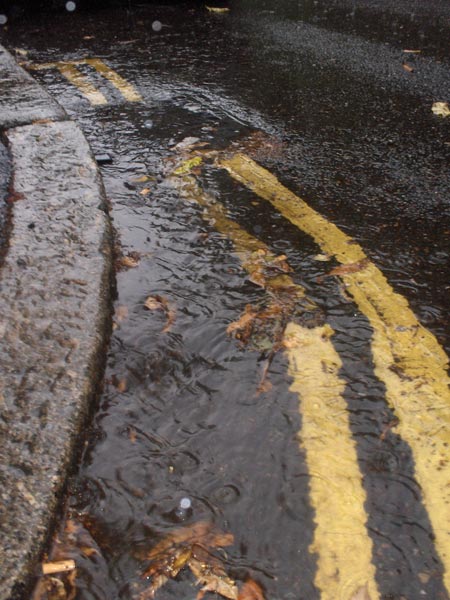 ”’To prove the M22 is weatherproof I took it out in a torrential downpour. The camera was fine, but those on lens raindrops are visible and I got soaked to the skin.”’