Only a couple of years ago, Apple’s 30in Cinema Display was your only option if you wanted a 2,560 x 1,600 monitor, but a lot has changed since then. Obviously Dell appeared on the scene, making 30in displays far more affordable and adding better screen adjustment into the bargain. I reviewed Dell’s latest 30in display last week – the UltraSharp 3007WFP-HC – which was a decent screen apart from the lack of colour calibration at the factory. While the superb Samsung 305T offered outstanding image quality and colour accuracy out of the box. The HP LP3065 provides another option for anyone looking for a 30in display, but how does it fare against the competition? 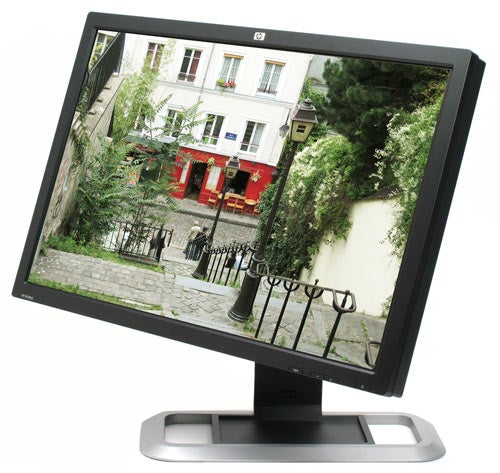 First up, the HP LP3065 differentiates itself from the competition by offering three (yep, you heard me correctly) dual-link DVI ports. Every other 30in screen on the market right now offers a single dual-link connection, allowing only a single PC to be hooked up. I accept that not everyone has more than one computer that needs connecting to a screen, but if you happen to have a desktop PC and say, an Apple MacBook Pro with a dual-link DVI output, you could have both devices hooked up to the LP3065 simultaneously and flick between them at will.


In fact, a screen like the LP3065 would be an absolute godsend to have in the TrustedReviews lab, since it would allow us to hook up three different test rigs simultaneously. With more and more graphics cards and gaming PCs being able to drive 2,560 x 1,600 monitors, having multiple inputs would make benchmarking a far more simple and streamlined procedure.

It’s also worth noting that all three of the dual-link DVI ports are HDCP compliant, so should you want to watch high definition protected content on this screen, you could. However, I maintain that scaling even 1080p content up to 2,560 x 1,600 is not going to give you the best results. Personally I like to watch my high definition video mapped 1:1 whenever possible, for maximum sharpness and detail.


The LP3065 also has a built-in USB hub with four ports located on the left side of the screen. This makes the ports easily accessible, just like on the Dell, which also featured a card reader in the same location. In the box you’ll find a USB cable to connect the hub to your PC, along with two dual-link DVI cables.

The LP3065 doesn’t look too dissimilar from any other 30in monitor (Apple aside). The screen is surrounded by a dark grey (almost black, but not quite) bezel, which helps make the image in the panel look that bit more punchy. There’s a single HP logo located at the top centre of the bezel, while the model number is squeezed in at the bottom left. Like on the Samsung 305T and Dell 3007WFP-HC, you’ll find the power button and brightness controls at the bottom right of the bezel. Unlike the other screens, there’s another button here labelled “Input” – obviously this will cycle through the three dual-link DVI ports.

The screen comes separate from the stand, but it’s very easy to snap the two pieces together. The stand is made up of a large rectangular base and a centrally mounted pedestal. The screen can be raised and lowered vertically but the movement isn’t quite as smooth as the Dell and the Samsung. The panning movement on the other hand is very smooth and requires very little effort from the user. You can also tilt the screen forwards and backwards, so it should be relatively easy to find a comfortable viewing angle. 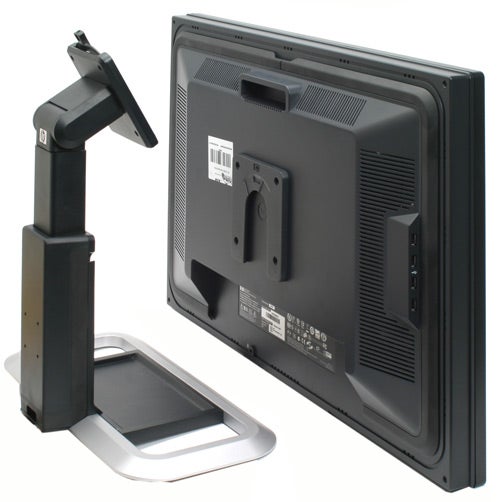 The LP3065 uses the same S-IPS panel as the Dell 3007WFP-HC, but it offered a significantly better image out of the box. Unlike the Dell, the colours on the HP do not appear oversaturated and inaccurate. Whereas the Dell produced browns that looked red and reds that bordered on bright pink, the colours on the LP3065 were far more natural, without being dull or washed out.


Editing images under Photoshop produced colours that were far more accurate than the Dell, although strangely, still not quite as good as the Samsung 305T, which was equipped with an S-PVA panel. Viewing some well used test shots, the LP3065 did a good job of reproducing the images with natural tones and colours, with skin tones in particular looking neither pallid nor overly red. 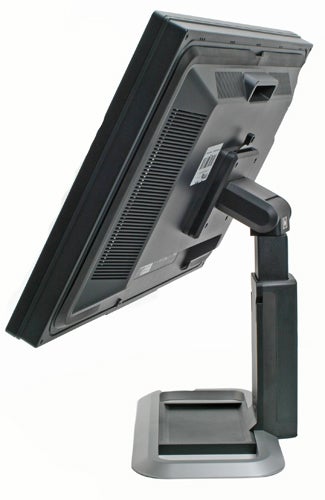 The LP3065 handled itself pretty well under the DisplayMate test suite, although it did find some of the test screens slightly challenging. The 64 Step Greyscale test showed a definite pink tinge in the mid to high intensity range. In fact all the greyscale tests exhibited a slight colour tinge that couldn’t be satisfactorily trimmed out using the display driver. On the plus side, the Colour Scales test showed a perfectly uniform drop off and there wasn’t the slightest hint of compression at the high intensity end. As with other 30in screens, the Scaled Fonts test was passed with flying colours, with even the 6.8 point characters beautifully rendered and easy to read.

Despite my reservations about massively scaling video, the HP LP3065 did a pretty good job of playing back 1080p content. Obviously things looked shaper if shown in a window displaying the correct amount of pixels though. Action sequences looked convincing enough, with little evidence of motion smearing – at least not enough to be overly distracting. The contrast ratio of 1000:1 is pretty conservative by LCD TV standards these days, so it’s not surprising that black levels weren’t the LP3065’s strong point. A monitor is always going to come out second best to a dedicated LCD TV in this area, since most decent TV’s now use clever dynamic backlight technology that drops the intensity of the backlight during darker scenes. 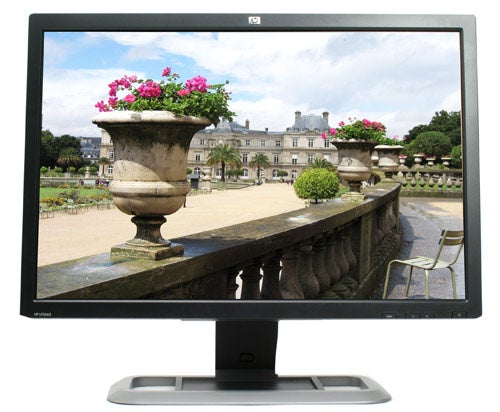 Games look suitably impressive on the LP3065, with the sheer physical size of the screen creating a very immersive atmosphere. Of course you’re going to need a pretty hefty PC to be able to drive a 2,560 x 1,600 screen smoothly when playing the latest 3D games, but if you can afford a couple of GeForce 8000GTX cards in SLi, you won’t be disappointed. Perhaps you might want to add the Commodore XX PC to your shopping list!


As well as the aforementioned 1000:1 contrast ratio, the LP3065 also sports a brightness level of 300cd/m2, which is identical to that of the Dell 3007WFP-HC, but lower than the Samsung 305T with its 400cd/m2 rating. Interestingly, HP quotes a grey-to-grey response time of 6ms, while Dell claims 8ms for its monitor equipped with the same panel. At least HP is honest enough to also quote a 12ms off-on-off response time, not that I put too much emphasis on response time anyway. 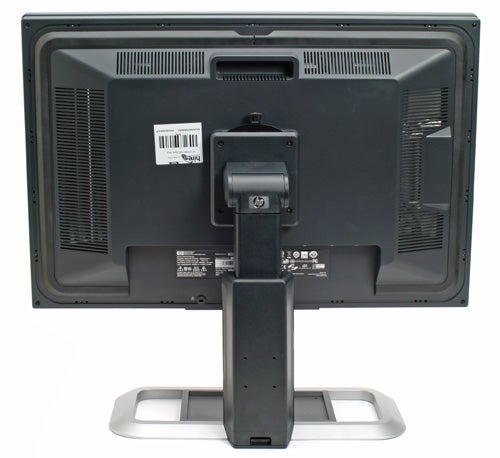 With a street price of £977 the HP L3065 is definitely in the right ball park compared to the Samsung 305T and the Dell 3007WFP-HC. Of course a quick look at the Dell website shows that the price of its 30in display has dropped to £889, but as always with Dell, there’s no guarantee that it will stay at that price for long.


The big question is whether HP has done enough to better the Samsung 305T, and in some areas it definitely has. There’s no doubt that the extra connectivity is a real bonus, especially if you have more than one workstation or notebook that need hooking up to a high resolution screen. However, image quality and colour accuracy out of the box aren’t quite up to the level of the Samsung, and bizarrely (considering its S-IPS panel) the viewing angles on the L3065 didn’t appear quite as solid as on the 305T.


All that said, HP has produced a great 30in monitor in the shape of the LP3065 and I doubt that anyone willing to part with close to a grand would be disappointed with it. Ultimately, if you really need multiple inputs and HDCP compliance, this HP should be top of your list.