Every so often a printer maker tries to reinvent single or all-in-one printers for the living room. Samsung did well with its ML-1630W mono laser and now HP has gone for the same long, low look in its Envy 100, though this is a full-function, home inkjet all-in-one.

The Envy 100 is about the size and shape of a 1990s VHS recorder or a series one set-top box. The glass lid of the scanner has a mirrored pattern printed on it and an aluminium lip running across its edge. In front of this is a small flip-up cover, which reveals a USB socket and another for SD and MemoryStick cards, a much better place for them than in the front panel. 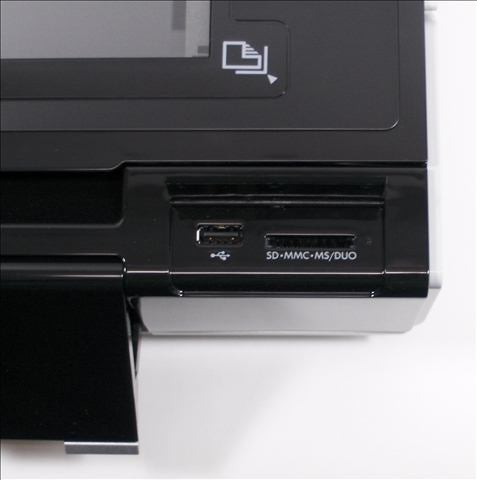 At first it appears there is no control panel on the machine, but when you touch the power symbol on the front panel an 83mm touchscreen lights up and the whole panel, which occupies about two thirds of the width of the machine, folds up to a predefined angle and shows a variety of HP’s web-based applets, as well as standard functions like photo printing, copying and scanning.

The touchscreen supports gestures as well as taps and while nowhere near as responsive as an iPhone, is reasonably easy to work with. There are dedicated touch buttons down either side of the touchscreen, as on other HP all-in-ones.

At the bottom of the front panel is another thin aluminium moulding, the middle section of which slides out as the paper feed tray. It’s very difficult to get your fingers under the lip of this moulding when the control panel is raised and the tray has a low capacity of just 80 sheets. It serves both plain and photo paper, but only one variety at once.

There’s a single USB socket at the back of the printer, but given its intended home in a living space, it’s most likely to be connected wirelessly. HP provides drivers for both Windows and OS X and as well as standard software offerings includes access to its range of web-based applets. It also supports ePrint, so you can send it documents directly from any device that can e-mail.

With a printer like this, you never expect cutting-edge performance. The Envy 100 isn’t a quick machine. HP claims 6ppm for black and 4ppm for colour and we measured 6.1ppm for black and 2.7ppm for colour. When the machine prints, it lifts its control panel up to the horizontal and swings out a paper support, before starting to print. These two operations take time and are one reason for the low colour speed. 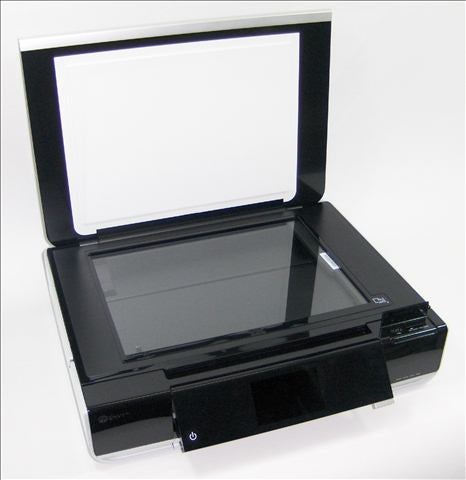 Surprisingly, the device can print duplex and a 20-side duplex document took just under five minutes, which is slightly faster than some similar HP printers. A single colour photocopy took a reasonable 35s and a 15 x 10cm photo print took around 1:05, from SD or USB devices.

We were surprised when the printer rejected an HP camera connected to the front panel USB port as an unsupported device. We tried several other cameras and concluded in the end that it doesn’t support PictBridge, printing only from files on a USB drive. This seems an odd omission, since PictBridge is a software standard, so pretty cheap and simple to fit.

Output from the Envy 100 is above average. Black text is clean and without noticeable fuzz. Colour graphics, while not as bright as from some Canon and Epson machines, are reasonably accurate and with little noticeable bleed when overlaid with black text.

Colour copies lose some of their intensity, but are serviceable and photo prints exhibit a slightly odd green tinge in darker areas. Not all images show this, which leads us to suspect it might be a problem with our particular sample.

The black and tricolour cartridges are available in two yields and using the high-yield, XL variants for best economy gives page costs of 4.8p per ISO black page and 9.8p for an ISO colour one. Both these costs are high for a £200 inkjet machine. 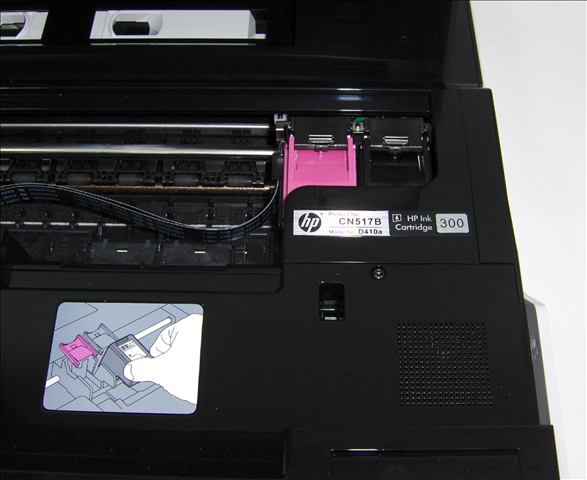 It’s tempting to say that the Envy 100 is another example of design over function, and the powered control panel and paper support seem over-fussy, but within its design parameters it does a reasonable job and the quality and speed of print are fair. For the occasional print and photocopy, many people may find this machine attractive.