Low cost all-in-ones have traditionally been USB only and designed for simple PC to printer connections. With the increasing use of mobile phones and tablets, this paradigm doesn’t work as well, so HP has built various wireless technologies into the Deskjet 2540. 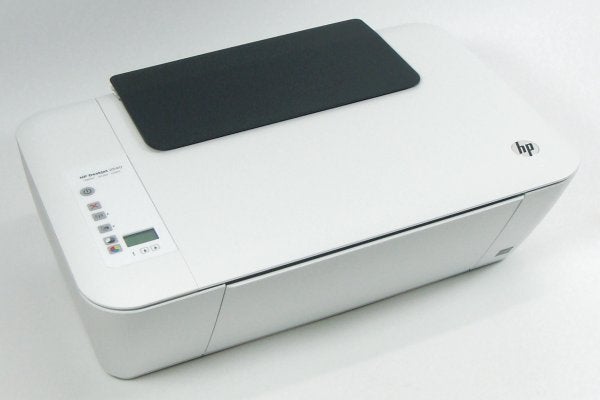 The mainly white printer has a steeply raked front panel and a look that one colleague said wouldn’t be out of place on a cruise liner. We can see her point. The smoothly rounded edges give a compact feel to the machine, though it’s quite tall for an all-in-one with no Automatic Document Feeder (ADF).

The control panel consists of six buttons set into the top of the case, along with three indicator leds and an LCD panel which has icons for wireless strength and a counter for copy numbers. 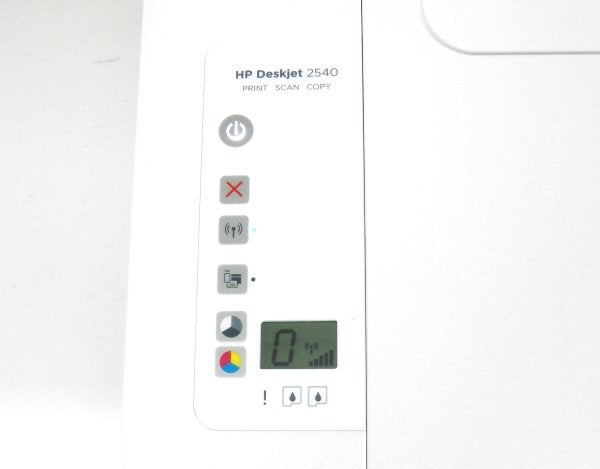 Pull down the front cover and swing out the extra paper support and you have the output tray for paper. Flip up the flap on top and you have a feed tray, working from the rear. This is unusual for HP, which normally feeds paper in and out from the front of its printers.

The flatbed scanner lid sits open without problem, but doesn’t have extending hinges, so bound documents are a bit difficult to scan. It does work with HP’s Android App, though, so you can scan to a phone or tablet.

A single USB socket at the back of the printer is the only cabled connection, but you lose much of the device’s functionality if you don’t connect wirelessly. Connecting up is a question of pressing a button on the printer and the WPS button on your router and running the software installation.

HP is keen on you installing from the Web, rather than from the supplied CD, though this involves a hefty download and a number of mandatory click-to-select options. Whatever happened to the ‘install from printer’ regime HP trialled a year or so back? That was far simpler.