Get a tape measure out, have a look at how small 35mm is, and you’ll appreciate just what an achievement the design of the UT32MH70 really is. It’s a genuinely huge step towards the long talked about dream of truly wafer thin TVs, and currently makes this Hitachi one of the most aggressively stylish and aspirationally appealing TVs around.


However, as anyone with an ounce of depth will tell you, looks aren’t everything. So if the UT32MH70 fails to deliver on the performance side of things, no amount of ‘trophy TV’ chicness will be enough to win it a place in our hearts.


But before we find out about its performance, let’s, um, concentrate on/salivate over that design for just a little bit longer! For while I think I’ve conveyed some sense of how resplendently thin the thing looks compared to other flat TVs (never mind old CRT-style TVs), I haven’t yet mentioned the slick, polished look of the bezel, or the way the polished excellence extends beautifully round to the TV’s rear. 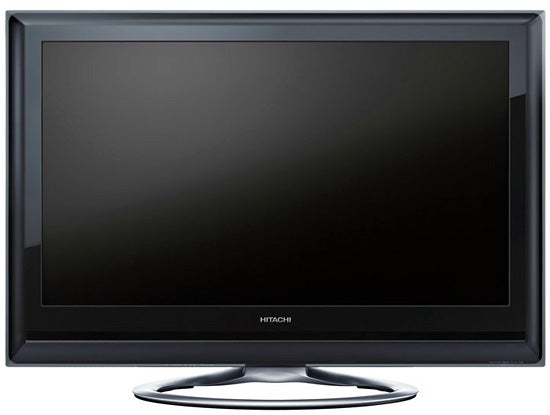 Of course, as with all flat TVs there’s an argument to be made that there’s really not much point in slimming down a TV and prettifying its back end when TVs are made to be watched from the front. But there will doubtless be rooms in some people’s homes where a TV’s rear or at least side will be visible from certain positions, so for them the UT32MH70 is potentially an essential purchase.


Let’s not forget, either, that many of the people reading this website are probably lovers of technology for technology’s sake, and so will desire a UT32MH70 just because of its technical achievement.


This achievement has required advances in a number of TV manufacturing areas. First of all, where possible, Hitachi has replaced actual components of traditional TVs with multi-tasking chipsets. Also, the brand has had to develop a power supply only a third as large as a standard one, and has come up with a new approach to ventilation that vastly improves heat dissipation and air-flow. Finally on the slimming down trail, the screen’s LCD layers have been reduced in size and the tuner has been removed.


Did I just say the tuner has been removed? Sure did. For the bottom line here is that every time we’ve called the UT32MH70 a TV up to this point, we’ve been telling porkies. For with no tuner – analogue, digital or whatever – this Hitachi is actually a screen, not a TV.

The lack of a tuner sounds on paper like a bit of a booboo on Hitachi’s part. But you’d be amazed how bulky tuner modules currently are; in fact, we suspect the UT32MH70 would have had to be at least twice as thick as it is if it had a tuner inside. So Hitachi has made the decision to ditch the tuner and keep the slimness. And given the buzz its slim screens are causing, you can perfectly understand its decision. It’s also worth pointing out that before the end of this year Hitachi is hoping to bring out optional external multimedia/tuner boxes to accompany the Ultra Thin screens.


Finally in the ‘no-tuner’ defence, it seems probable that many of the people likely to consider forking out £900 on a UT32MH70 will already have some external tuner device to feed the screen, such as a Sky HD or Sky+ box.


However, there is one more problem to consider, namely that remarkably the screen only carries a single HDMI input where most flat TVs these days manage at least three.


This HDMI is joined by a PC input and a couple of lower-quality standard def stalwarts. But there’s no disguising the fact that in the current absence of the promised external multimedia/AV box, only providing a single HDMI input will mean that many people will either have to route their video through an HDMI-carrying AV receiver, or buy an external HDMI switchbox. 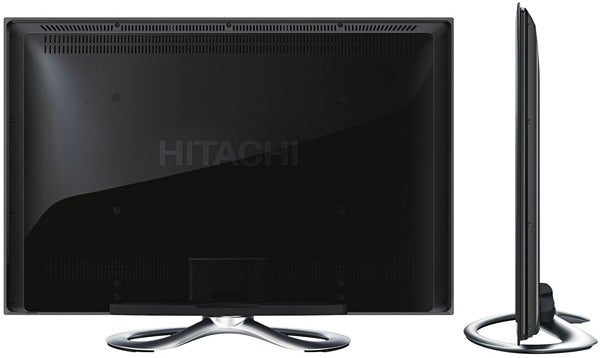 Thankfully the UT32MH70 is much more ‘AV-friendly’ with its features. For starters, a dynamic contrast system means it can produce a likeable claimed contrast ratio of 10,000:1, while its use of IPS Alpha LCD panel technology helps it deliver both an expansive colour range and a noticeably wider watchable viewing angle than some other LCD TVs.


One slightly surprising element of the UT32MH70’s specification, though, is its native resolution of 1,366 x 768 rather than the Full HD 1920 x 1080 we might have expected from such a cutting-edge model.


And actually this reduced resolution does impact the UT32MH70’s performance. Not enough to stop the UT32MH70 from being a good TV, but enough to persuade me to try and steer you towards this TV’s bigger brother, the Full HD UT42MX70.


What I’m trying to say is that while watching ”Blood Diamond” on Blu-ray, although the picture certainly looks HD, it doesn’t often look as blisteringly sharp and detailed as we’ve seen it on some rival Full HD 32in models.

Sadly the UT32MH70’s problems continue. For I also found myself a little underwhelmed by its black level response, which bottoms out into a bluish grey tone rather more readily than the black levels of some of our recent favourite LCDs. This additionally – inevitably – affects the TV’s presentation of the shadow details that help give dark scenes depth, as they kind of get lost in the blue-grey clouds.


On the plus side, the UT32MH70 produces some knock-out colour tones despite its black level shortcomings, showing plenty of richness with colourful fare such as ”Racedriver GRID” on the Xbox 360, but also a natural touch with ”Blood Diamond’s” frequently tricky skin tones that’s exceptionally rare in the flat TV world.


We’ve praised the noise reduction aspects of Hitachi’s Picture Master HD system before, and it’s great to report that these talents are to the fore again with the UT32MH70, as its HD pictures look wonderfully polished and fizz-free. 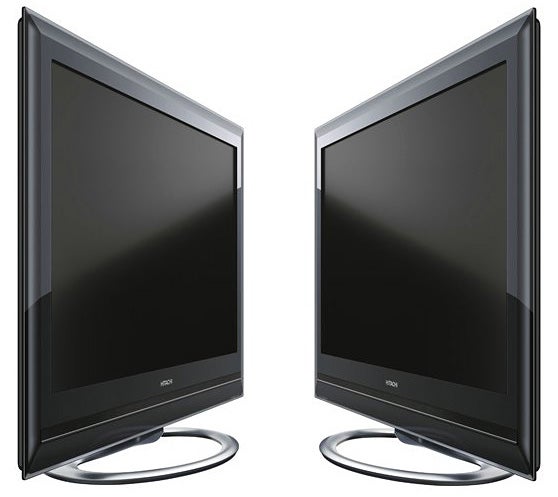 Its pictures are also relatively untroubled by LCD’s traditional motion blur problems, though the lack of the 100Hz engine found on the set’s 42in sibling does mean motion looks a touch less distinct than it did on the larger model.


The UT32MH70 deserves praise, too, for its standard definition performance. Picture Master has long shown a real knack for the tricky business of upscaling standard definition to HD and even full HD panels, and here that knack helps standard def pictures appear notably sharper than usual. Yet crucially this leap in apparent resolution is not joined by anywhere near as much video noise or colour tone slippage as is still common with standard definition in the LCD world.


Unlike its bigger brother, the UT32MH70 ships with built-in speakers. Predictably though, given the lack of simple chassis size Hitachi is having to work with, these speakers really prove pretty improverished when it comes to those key movie requirements of bass and volume. The gunfight during the first action scene in Sky’s recent HD broadcast of Die Hard 4.0 thus sounds more like a firecracker party than a life-or-death shoot-out.