Now here’s something you don’t see every day: a new brand brave enough to enter the UK TV marketplace.

What’s
more, Chinese brand Hisense isn’t only focusing on being ridiculously
cheap – although having recently announced a £450 4K TV, it’s certainly
going to be aggressive on price. Instead, the manufacturer is aiming to
combine competitive pricing with premium design.

Nowhere is this
apparent desire to offer genuine picture quality alongside aggressive
pricing more obvious than on the Hisense 65XT910: the world’s first ULED
TV. 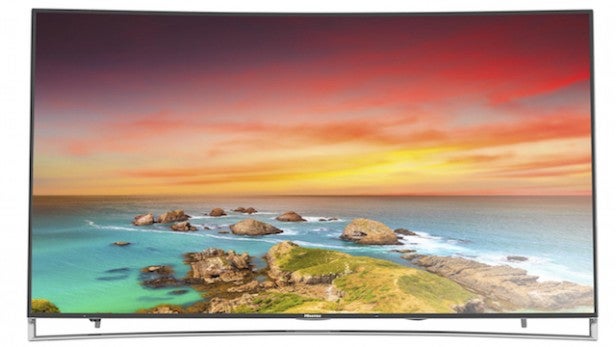 It’s even compatible with the new high dynamic range (HDR) content starting to make waves in the AV world.

In principle, ULED sounds quite similar to Samsung’s SUHD technology.

What has become very clear having spent time checking out the 65XT910 at this year’s IFA show, is that Hisense clearly has the potential to succeed where many manufacturers have failed in trying to secure a significant foothold in the UK market.

The screen really does seem to deliver genuine picture quality. In fact, Hisense was feeling so confident about ULED that it set up a head-to-head demo of its ULED TV running against a rival 4K OLED screen – and the results were intriguing to say the least.

Particularly eye-catching was just how much sharper and more detailed the Hisense TV looked with the native 4K demo footage – so much so that it left the 4K OLED screen looking quite soft by comparison. 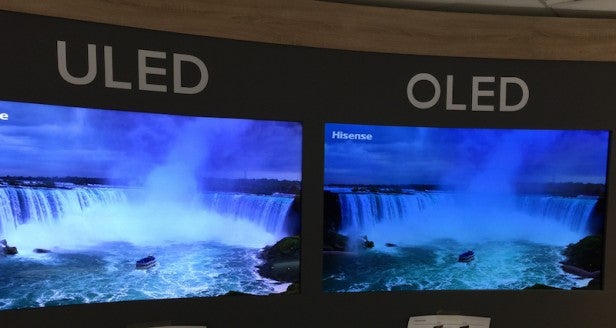 Rather more predictably, the Hisense TV also looked considerably brighter than the OLED screen. This is thanks to its high-brightness panel design, which makes it well suited to deliver HDR content – note that the content we viewed wasn’t presented in HDR, however.

The brightness of the panel proved very effective at helping the TV inject more verve into vivid colour tones than the OLED technology. In addition, there appeared to be a wider tonal range at the upper end of the ULED colour spectrum.

Hisense’s ULED screen also suffered less with motion blur than the OLED screen, while those punchy colours mentioned earlier were delivered with strikingly more definition and gradation finesse than rival display could manage.

At this point I should probably remind you that I’m comparing the Hisense 65XT910 with an actual OLED TV – OLED being a technology considered by some to be the last word in TV picture quality.

The ULED TV’s strengths add up to an impressive state of play for Hisense’s new TVs. But the head-to-head between OLED and ULED technologies didn’t go 100% Hisense’s way.

In particular, the OLED screen delivered much deeper black-level response than the Hisense panel, and its picture looked less noisy too. However, on this latter point it struck us that the rather fuzzy look to the ULED picture could have been a result of Hisense’s engineers setting their TV’s sharpness setting too high to try to underline the relative softness of the OLED.

What I’m yet to mention is that the 65XT910 uses a curved screen, something that may deter some picture enthusiasts. However, so do the OLED and Samsung SUHD TVs Hisense is targeting with its ULED technology. Plus the 65XT910’s screen seemed relatively good at soaking up the sort of ambient light reflections that can cause distortion across curved screens.

I’m always sceptical when a new brand claims that its product will outperform those of top-end competitors – especially when costing thousands of pounds less. As a result, I’m going to reserve judgement about the Hisense 65XT910 until I’ve had the chance to test it in more thoroughly.

But, having cast my eye over some of the other, more mainstream TVs Hisense is preparing to launch in the UK soon, I genuinely believe that the company has the potential to become a credible new player in the UK TV scene.