While I was attending IDF in August 2005 Intel announced its Viiv platform. Don MacDonald – Vice President & General Manager, Digital Home Group – was on hand to evangelise about the digital home and how the new Viiv platform would take things to the next level. Unfortunately we had to wait a little while for the official launch of Viiv, but better a hard launch than a paper one. 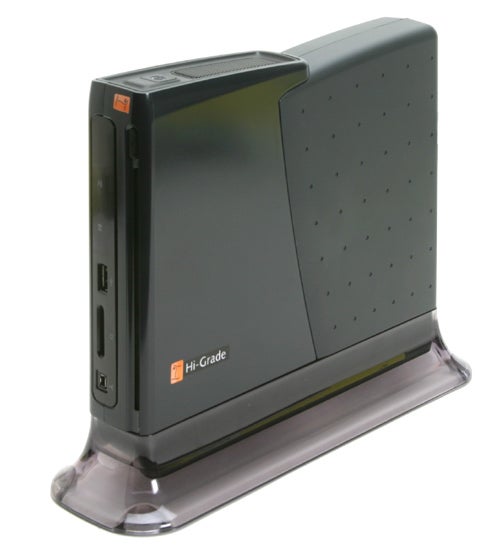 It wasn’t until early January that Intel officially launched Viiv at the 2006 Consumer Electronics Show – of course TrustedReviews was on hand for the launch, which was covered here. Intel rolled out the big guns to help push the Viiv platform, with Tom Hanks, Morgan Freeman and Danny DeVito all on stage to add weight to the proceedings.


Then, finally, on the 25th January, Intel officially launched Viiv in the UK. This time Intel took over a swanky restaurant/bar in London’s Soho and stumped up the cash for Jonathan Ross to host the evening. More celebrities talked up Viiv, the most impressive of which was Michael Owen – but then it’s not like he’s been busy, what with that broken metatarsal. 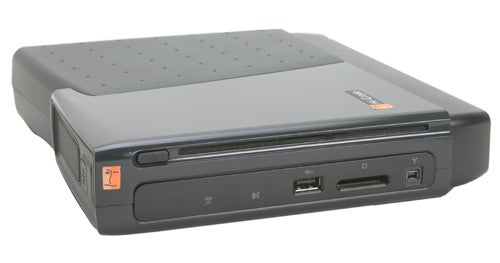 At the UK launch Intel had lots of partners and system integrators showing off their Viiv systems, but one really caught my eye – the µDMS P60 from Hi-Grade. While at IDF last year Don MacDonald showed off a Viiv concept machine called the Golden Gate and this Hi-Grade box looked every bit as small, sleek and stylish as that – pretty much exactly what I wanted a Viiv machine to look like. A quick chat with one of Hi-Grade’s owners secured me an exclusive early look at this Viiv PC – thanks Ori.


One of the pre-requisites of Viiv certification is the use of a dual-core CPU. This somewhat explains why Viiv was launched so long after it was announced – Intel was waiting for the Yonah, or Core Duo as it’s now called, chip to arrive. The beauty of the Core Duo chip is that it has all the advantages of a mobile CPU – cool, quiet, low power – while still having enough grunt to run pretty much anything you’re likely to throw at it. The general attributes of the Core Duo allow system integrators like Hi-Grade to produce PCs that are as unobtrusive as they are powerful. 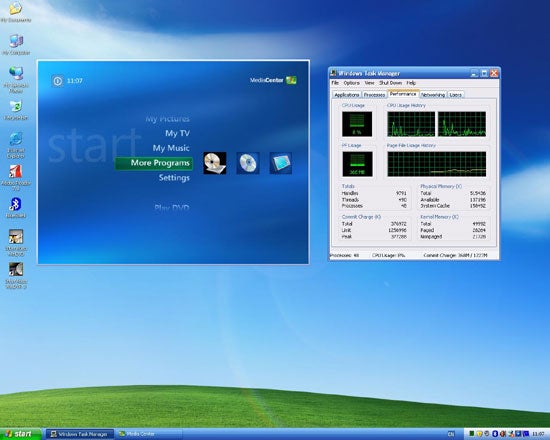 ”’As you can see from the screen grab, the Hi-Grade is ticking along nicely with two CPU cores.”’

The µDMS P60 measures only 230 x 197 x 42mm (LxWxH) and weighs in at a svelte 1.3kg – not your average PC then. Inside you’ll find an Intel Core Duo T2300 CPU, clocked at 1.6GHz – although an upgrade to the 1.83GHz T2400 chip will only set you back £47, which is well worth it. Supporting the CPU is 512MB of DDR2 memory – the P60 can take up to 2GB and with the multi-tasking possibilities at your disposal thanks to the dual core processor, it might be worth going for as much memory as you can afford. 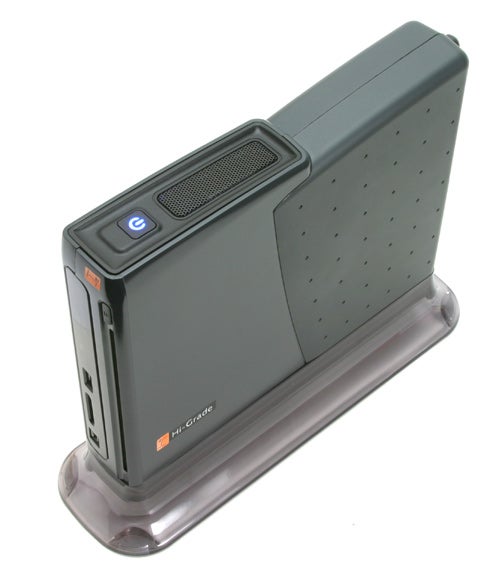 Being such a tiny machine, the P60 uses a 2.5in notebook hard disk. My review unit shipped with an 80GB drive, but Hi-Grade also offers 40, 60 and 100GB options. I wouldn’t recommend going for anything smaller than the 80GB seen here, after all you’re going to be recording TV and storing your music on this thing. Of course if you want to offload your recorded content so that you can watch it elsewhere, you can make use of the integrated, slot loading DVD writer.


The µDMS uses the Intel integrated graphics chipset, which grabs a little bit of system memory. This means that you’re not going to be playing any recent 3D games on this machine, but that’s a fair compromise for a PC this small. That’s not to say that a version won’t appear with discrete graphics though – after all, you can get a notebook running a mobile GeForce 7800 GTX chipset.


There’s a TV tuner inside the µDMS, although it’s only an analogue model. Of course Hi-Grade will be offering a digital tuner as an option, but given that this is such an early sample, it shipped with an analogue model. 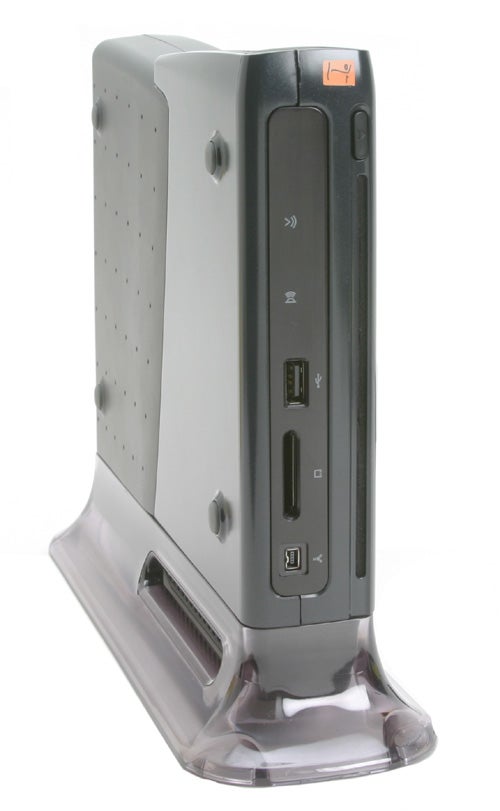 Connection wise, the µDMS has pretty much every base covered. You’ve got an Ethernet adapter that supports both 10/100 and Gigabit standards. There’s a 56k modem, which will let you take advantage of the caller ID feature in Media Center. For wireless connectivity there’s an 802.11a,b,g module and integrated Bluetooth – the latter enabling you to transfer photos directly from your mobile phone.


The µDMS can be orientated in two ways. You can stand it flat on its integrated rubber feet, or you can place it sideways using the supplied smoked plastic stand – the stand even has cut-outs in the side that line up with the heat vents in the machine. Also, when the machine is stood on its side, the power button is conveniently directly on the top, rather than on the side.

At the rear you’ll find the power socket for the external 60W PSU, two USB 2.0 ports, a DVI-I port, an S-Video port, a modem socket, an Ethernet port, an aerial connector for the TV tuner and finally headphone and microphone sockets.


The front of the box houses the loading slot for the DVD writer, another USB 2.0 port, a four-pin FireWire port and a memory card reader – the latter will accept SD, MMC and MemoryStick formats. Also at the front is the IR receiver for the Media Center remote control, so you don’t need to have an IR dongle for that 10ft experience. 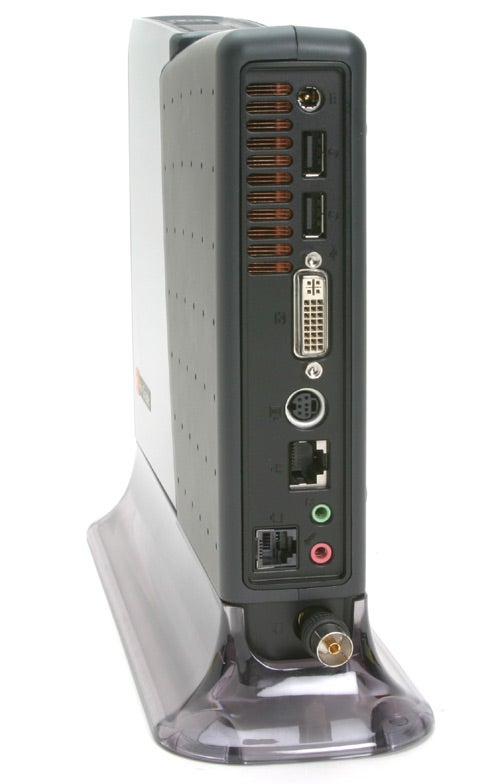 Hi-Grade also throws in an infrared keyboard, complete with integrated trackball. Unfortunately the keyboard does require an external dongle and the fact that it’s infrared instead of RF means that it’s going to have to be on show. That said, I definitely prefer the trackball to the little joystick that’s integrated on the wireless keyboard that I use with my Media Center PC.


One of the really cool features that Viiv brings to the party is instant on/off. Put simply, you can power the machine off at the touch of the power button, while pressing it again will get the system back up in the blink of an eye. There are certain hardware specifications that have to be met for Viiv certification and the instant on/off ability is just one of them. A Viiv system also needs to have a dual core CPU and high-definition audio.

But Viiv isn’t just about core hardware and marketing, there’s also a host of Media Center content that’s enhanced with Viiv technology. Take the LOVEFiLM.com online spotlight service. LOVEFilm is primarily a DVD rental service, but Intel has teamed up with the company to allow Viiv users to download movies for viewing rather than having to wait for a DVD to come through the post. Obviously the range of movies available for download isn’t as wide as the DVD rental catalogue, but it’s a start and gives you an idea of what Viiv and Media Center can offer the consumer.

The µDMS that I have right now is a very early sample and Hi-Grade won’t have full production units for customers until the end of March. If you wanted to order a system exactly like the one I’m reviewing here it would set you back a very reasonable £799 including VAT. That’s a great price considering that you’re getting truly cutting edge technology and something that’s very small and very quiet as well. Personally I’d budget a little more and go for the slightly faster CPU, more system memory and a digital TV tuner – it would be money well spent in the long run. 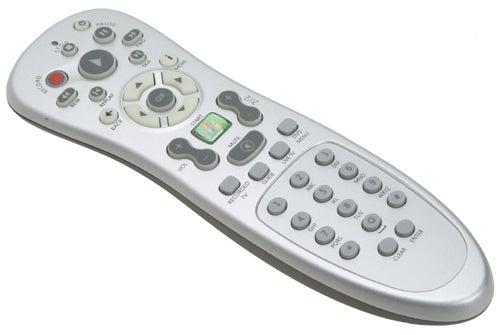 The price quoted above doesn’t include a screen, but to be honest a machine like this should be married to that big LCD TV that’s hanging on your wall. In the early days of Media Center it was a nightmare trying to get a PC to output a decent image to your bog standard TV, but now that high definition LCD TVs are becoming more common, this is less of a problem. If you do want a screen with it, Hi-Grade will be happy to provide one – I guess there’s no reason that you couldn’t use a µDMS as your main PC and still take advantage of all the Viiv and Media Center features.


Hats off to Hi-Grade for getting the first Viiv machine into the TrustedReviews lab, but respect should also be given for the type of machine. It would have been easy to create a Viiv system in a desktop case that would spoil your living room, using full size, loud components. But Hi-Grade has shown us what a Viiv PC should look like, and in the process tempting many buyers that otherwise wouldn’t consider a PC in the living room. 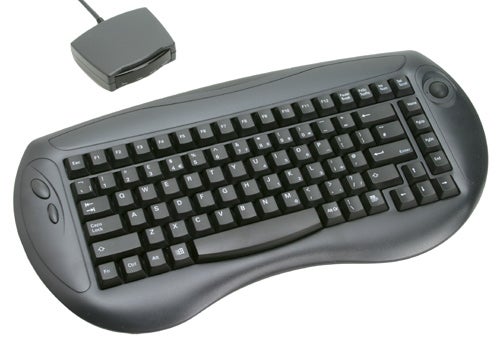 It’s hard to say whether Viiv will be a resounding success or not, but one thing’s for sure, Intel is convinced that the Digital Home is going to happen and that Viiv will be a big part of it. Much depends on how many content providers go down the Viiv route and also whether Microsoft finally puts some marketing budget behind Media Center.


But none of that should distract from the fact that the µDMS is a great little machine – even it were just a standard Media Center box it would be good, but the fact that it’s also Viiv compliant makes it an even more attractive prospect. A box like this also shows what an awesome chip the Core Duo is and proves that it doesn’t have to be limited to notebooks. If you’ve been holding off on buying a Media Center PC, take a look at the Hi-Grade µDMS, it might make you take the plunge.