If you grew up in the eighties then it’s highly likely that He-Man and his battles with Skeletor were a sizable part of your after school TV viewing habits. They may say that ‘nostalgia ain’t what it used to be’, but the cute little retro offering that is He-Man: The Most Powerful Game in the Universe, with its modest 69p asking price and fun gameplay, proves that wrong. 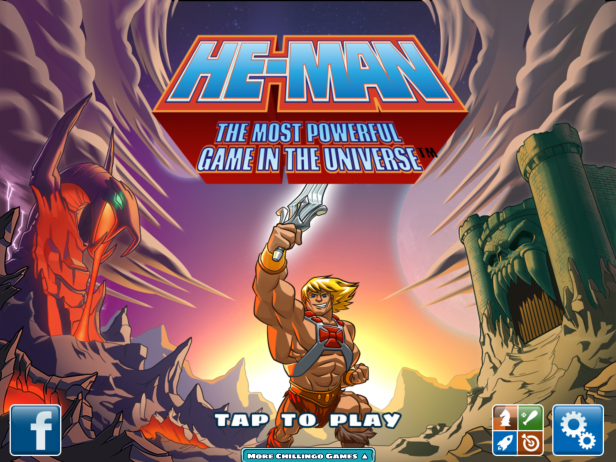 You start the game trapped in a dungeon hanging upside down from chains. Once you’ve freed yourself you have to battle through 27 levels to get to Castle Grayskull and defeat Skeletor before he takes over Eternia.

The game’s cartoony graphics look bang on the money as they draw a lot of influence from the art style that was popular on old 16bit console games, including parallax scrolling, cell shading and heroes with grossly exaggerated features. However, developer Chillango has also added some extras such as lots of destructible and collapsible scenery. The cheesy music fits nicely too, even though it’s sadly not the original theme tune. 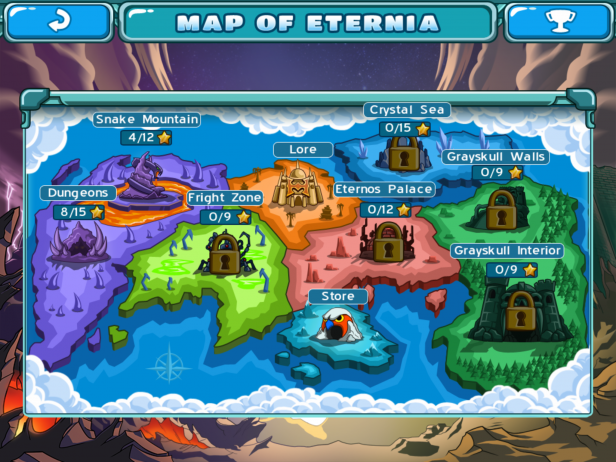 The game play follows the old 16bit action platform genre quite closely, so you have to hack and slash your way past enemies while negotiating platforms in order to reach the end of each level alive. Every four levels or so you take on a mega boss – a member of Skeletor’s lynch mob. 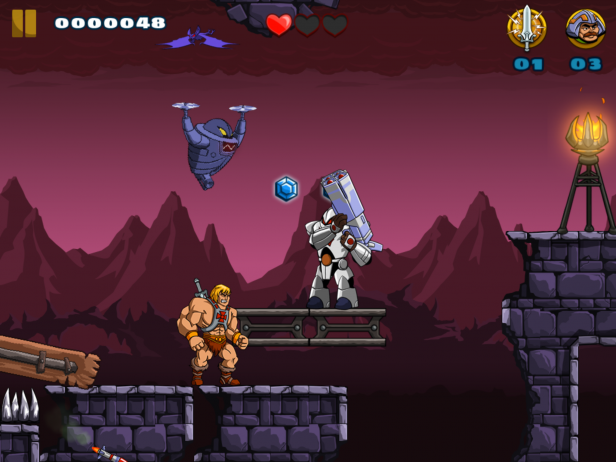 The game has a neat control system too. Rather than relying on a tricky to use virtual D-pad, it instead just divides the rather basic controls between the left and right hand sides of the screen. Sliding your thumb or finger anywhere on the left hand side of the display moves He-Man back and forth, while tapping on the right hand side makes him hack and slash with his sword. Gradually you add more moves as you go, so swiping upwards launches He-Man into an aerial sword assault, while swiping downwards makes him perform his whirlwind attack, for example 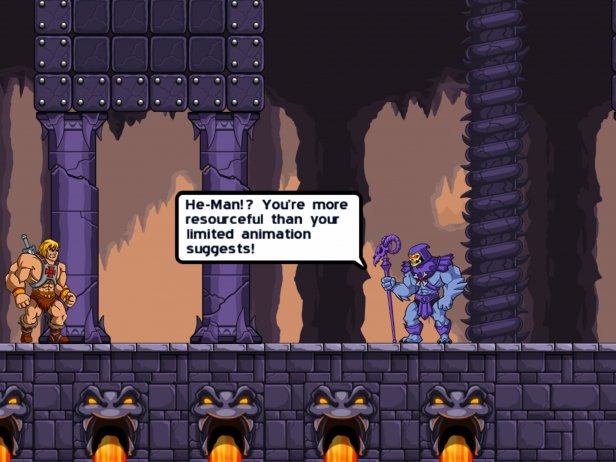 He-Man starts off quite easy, but the difficult level soon ramps up so you do need to collect as many crystals as possible throughout each stage to add new moves to your repertoire. If you can’t be bothered with that you can just add these moves via in-app purchases, but thankfully you don’t have to purchase items to be able to progress through the game.