Snapdragon 850 Reference Design: A glimpse at the future of Windows 10

The next generation of always-connected Windows 10 devices, from the likes of Samsung, Lenovo, HP and Asus, will be powered by the new Snapdragon 850 chip.

All four OEMs are expected to wait until the second half of the year before revealing their upcoming Snapdragon 850-toting wares, but to get an idea of what to expect, we’ve spent time with a reference design model created by Qualcomm.

The biggest criticism surrounding the first generation of always-on PCs, powered by the Snapdragon 835, concerns performance. They can be extremely sluggish even while handling relatively light activities.

For instance, the HP Envy x2, which I’ve been using at Computex, is prone to freezing or slowing down to the point of there being several seconds of lag between hitting a button and it actually registering − when all I’m doing is using Edge with multiple tabs open. 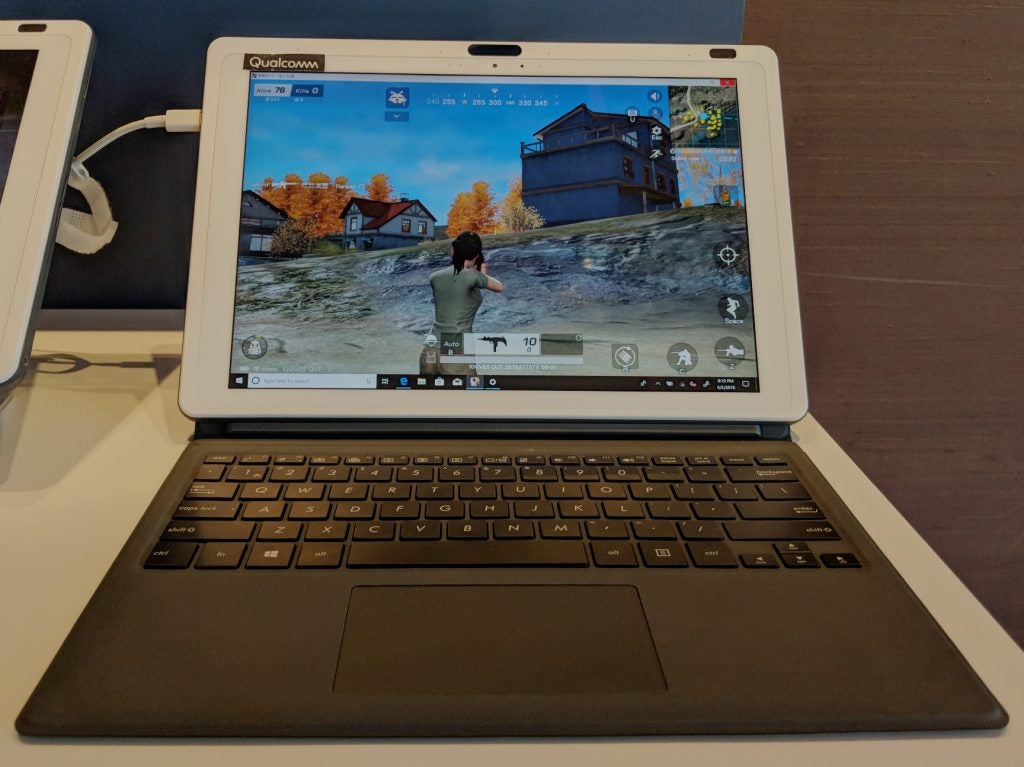 Qualcomm says the Snapdragon 850 will offer a 30% performance boost over the 835. We won’t have the chance to measure performance and speed until the next generation of devices actually comes out, but what we saw in a demo certainly looked promising.

To try to show off the claimed performance improvements, Qualcomm’s three reference design devices (all the same) were tasked with handling three different games.

Knives Out, however, has to run through a special emulator. That was far less smooth and noticeably sticky, but still playable.

Ultimately though, Snapdragon 850-powered devices aren’t aimed at gamers. They’re built for consumers on the other end of the spectrum, who want very different things from a computer: enough grunt for web browsing and binge-watching, LTE connectivity and outstanding battery life.

Snapdragon 850-powered devices are claimed to keep going for up to 25 hours between charges. Once again, we won’t be able to test this until we get our hands on a review device, but we were − and still are − extremely impressed with the 835-powered Windows 10 devices’ stamina. 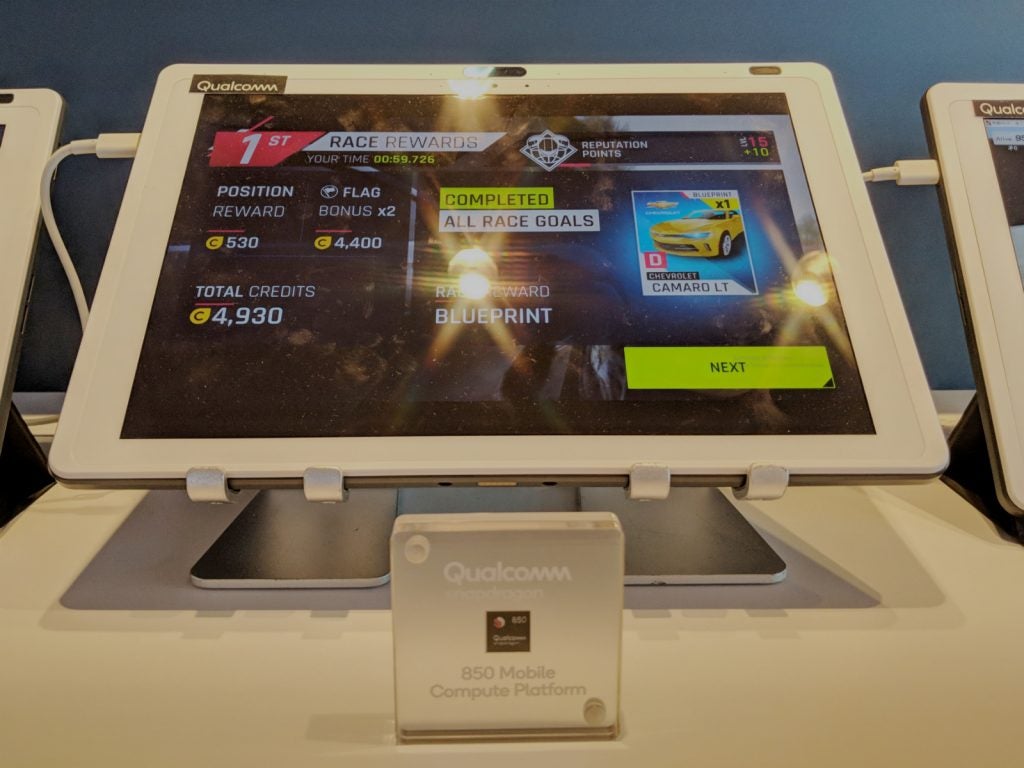 Qualcomm has also suggested that we should expect new form-factors to arrive with the Snapdragon 850.

“What is a PC going to look like two years from now?” said Don McGuire, the firm’s VP of product marketing, at a roundtable after its Snapdragon 850 launch event.

“Maybe people could just carry one device that could let them do everything they want to do… I think what we’re going to see in the next couple of years is, instead of just redefining the PC experience, we’re going to redefine what the PC is.”

That, and the 850’s support for HDR displays, suggests some very compelling new Windows 10 devices could be just around the corner.

One potential concern, however, is pricing. Qualcomm mentioned at the Snapdragon 850 reveal that research indicated that consumers are “willing to pay more” for devices with better battery life and Gigabit LTE connectivity. That doesn’t bode well when you consider that the 835-powered Envy x2 costs £1000.

However, there’s hope that the majority of OEMs will stick three-, rather than-four-figured pricetags on their new gadgets. McGuire told us that he considers $600-$800 to be the “sweet spot”.